I started the new year with my long-standing tradition—taking down the Christmas tree while my wife slept. Then I took off to do some birding. I stopped at a small pond next to the Doubletree Hotel on the south end of town to see an Eared Grebe that’s been hanging around there for a while. It was the first bird I saw and the closest bird to me while I was there. 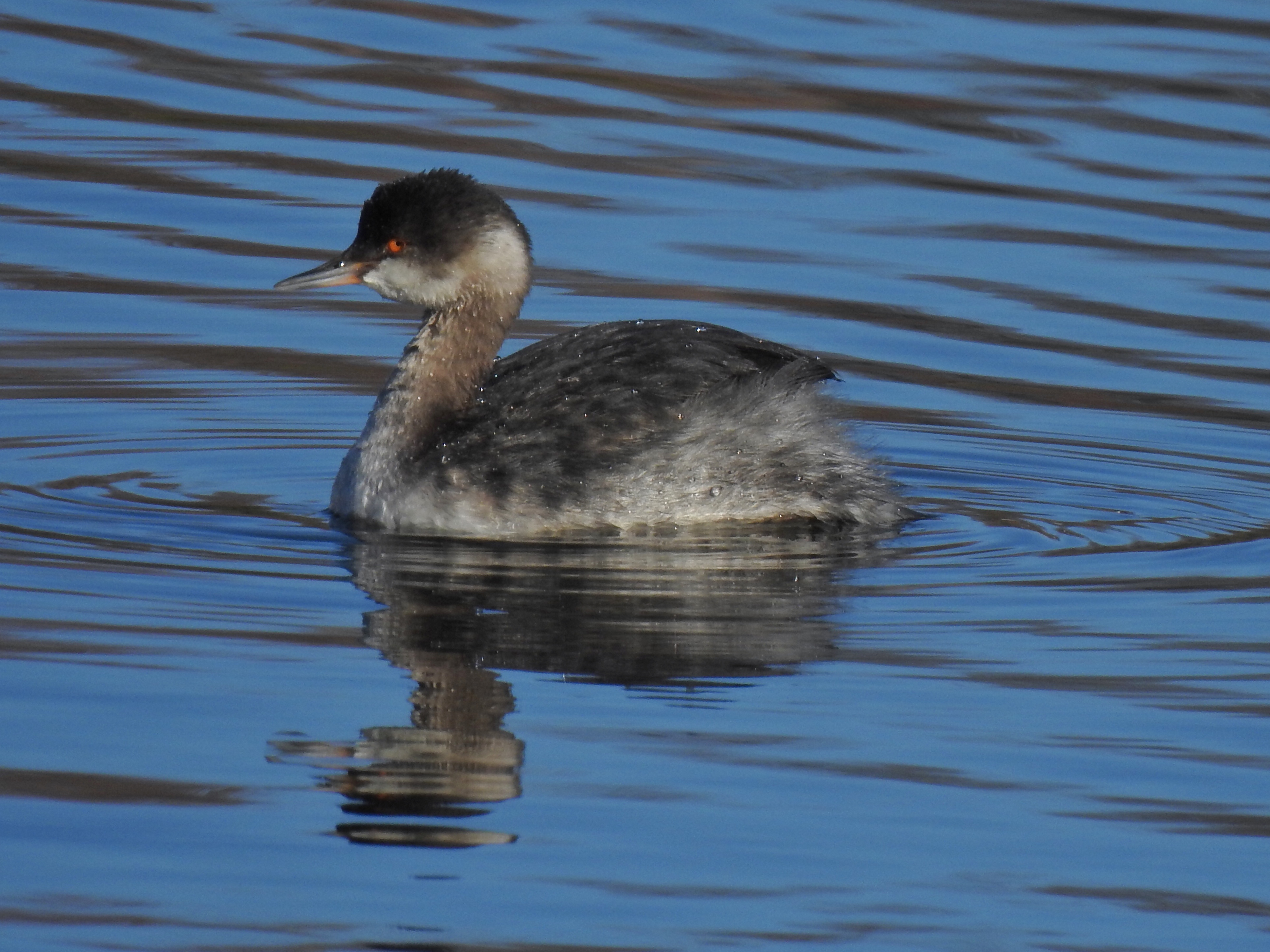 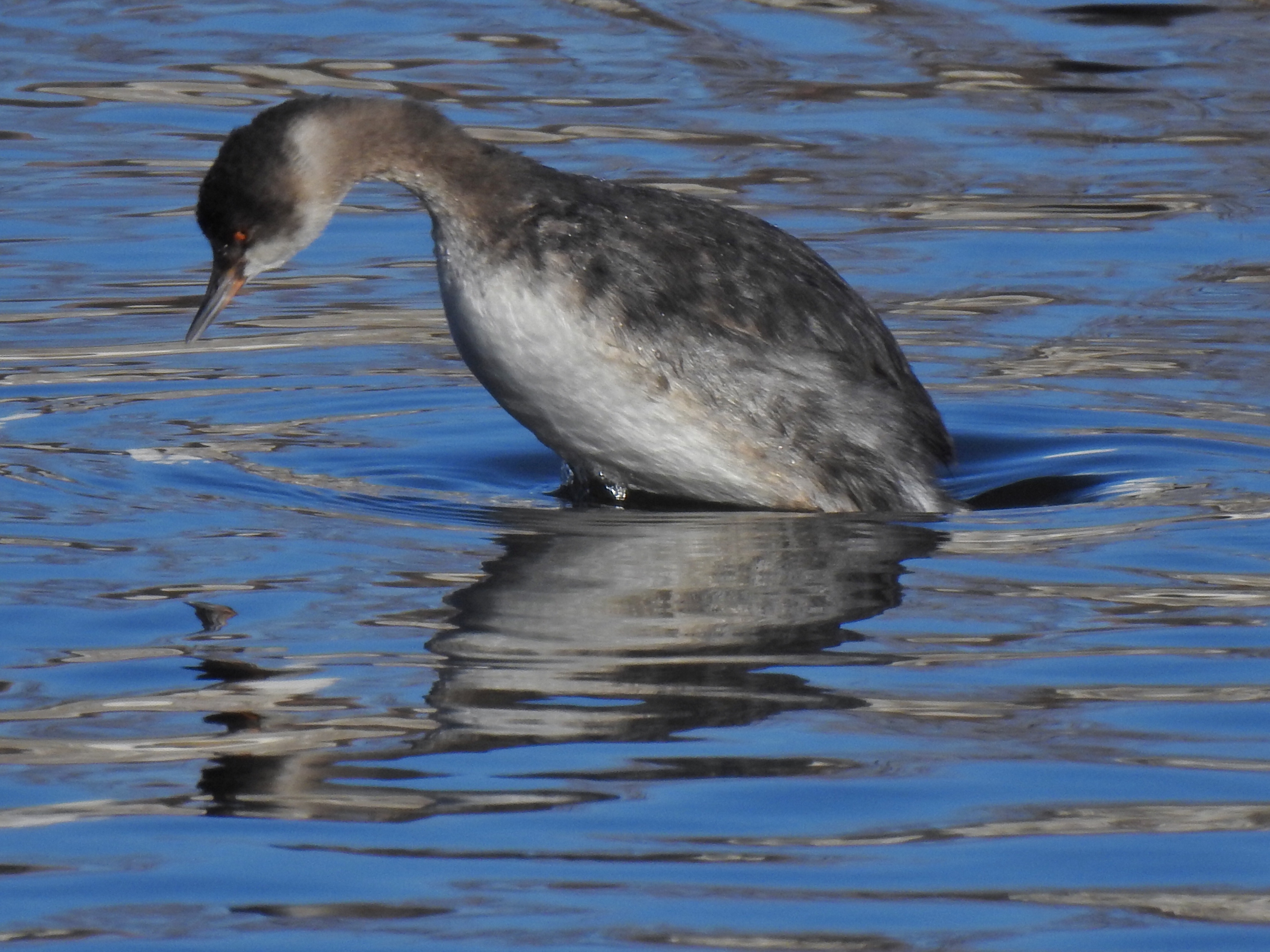 I spent a couple hours at Fountain Creek. Most of what I saw were the usual suspects.

A male American Kestrel across the creek 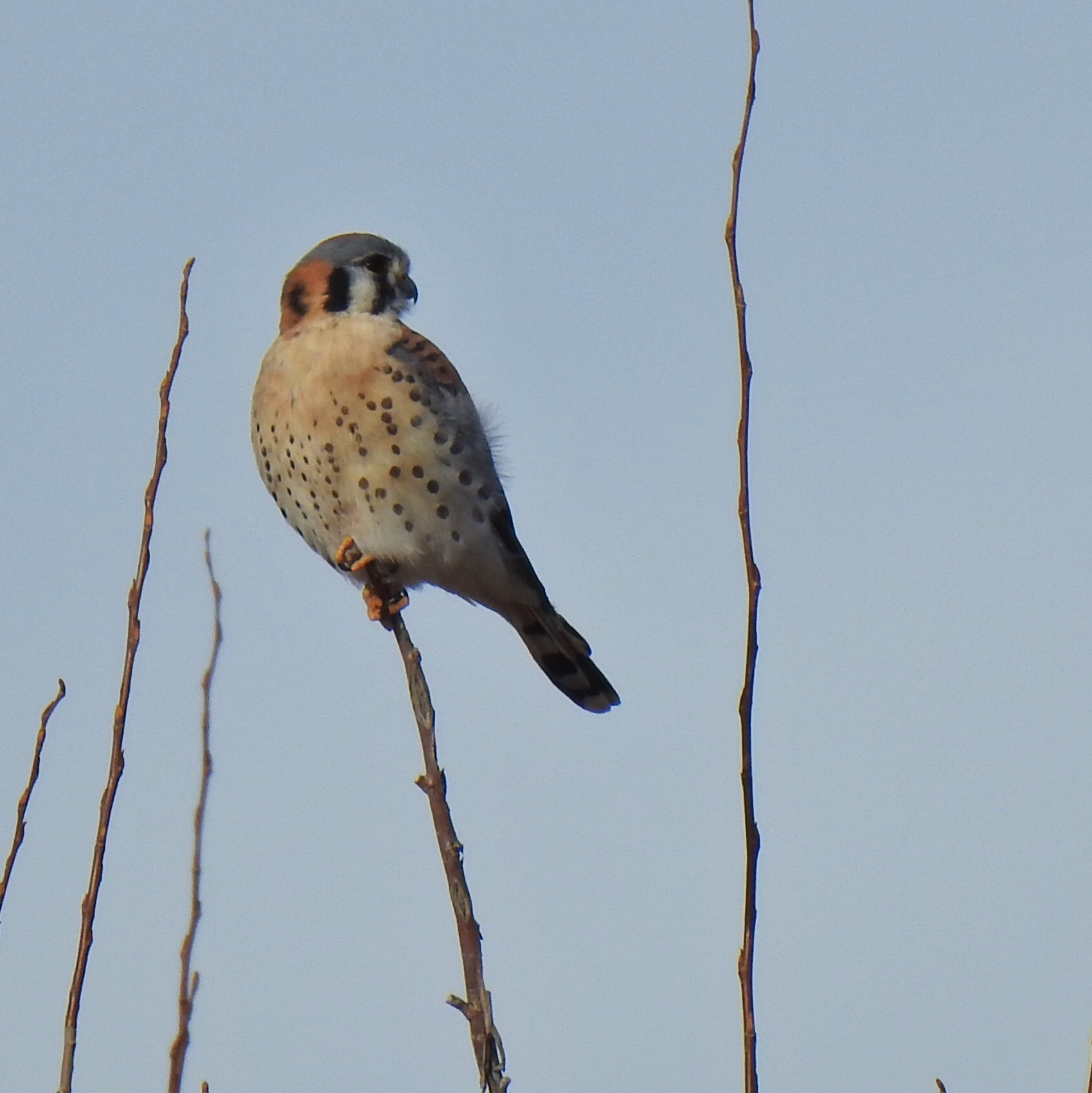 A Cooper’s Hawk standing in the middle of the creek. I hadn’t seen one doing this before. For about 10 minutes, it just stood in shallow water looking about, paying no attention when a flock of crows flew low overhead or when a pair of Green-winged Teal floated by 10 feet away. 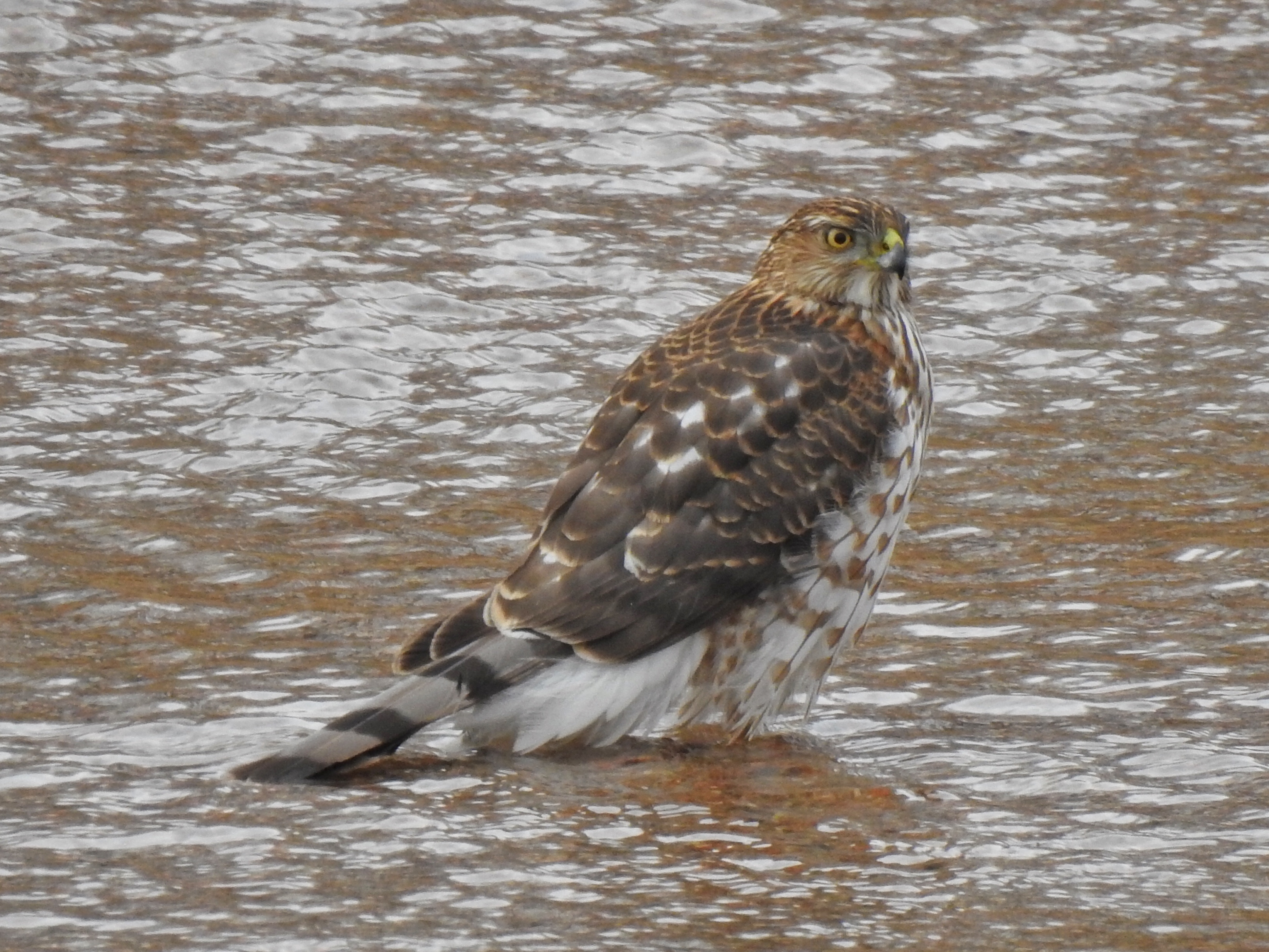 Finally it began to bathe. After a couple minutes of this, it flew up into a tree along the bank and preened. 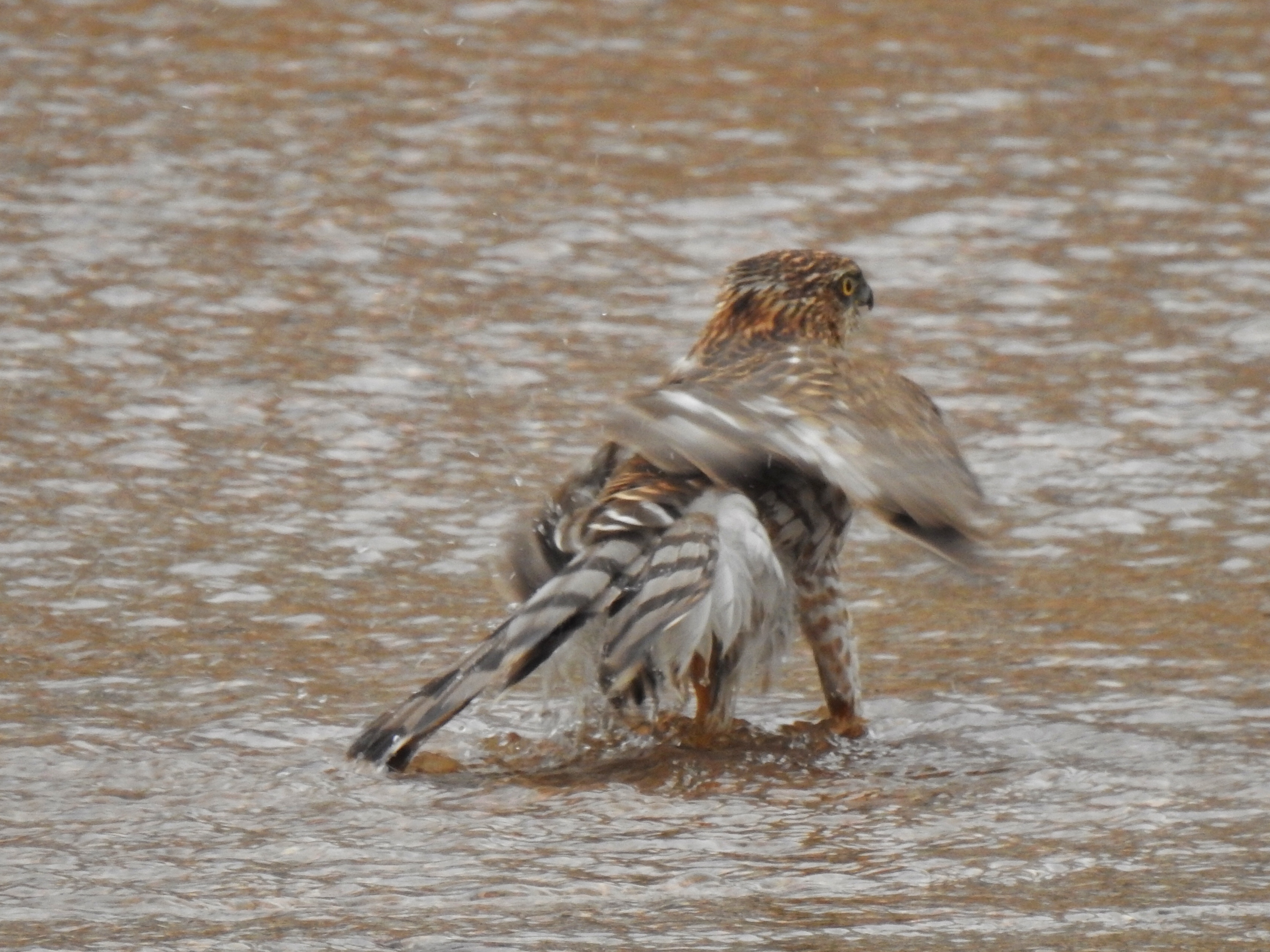 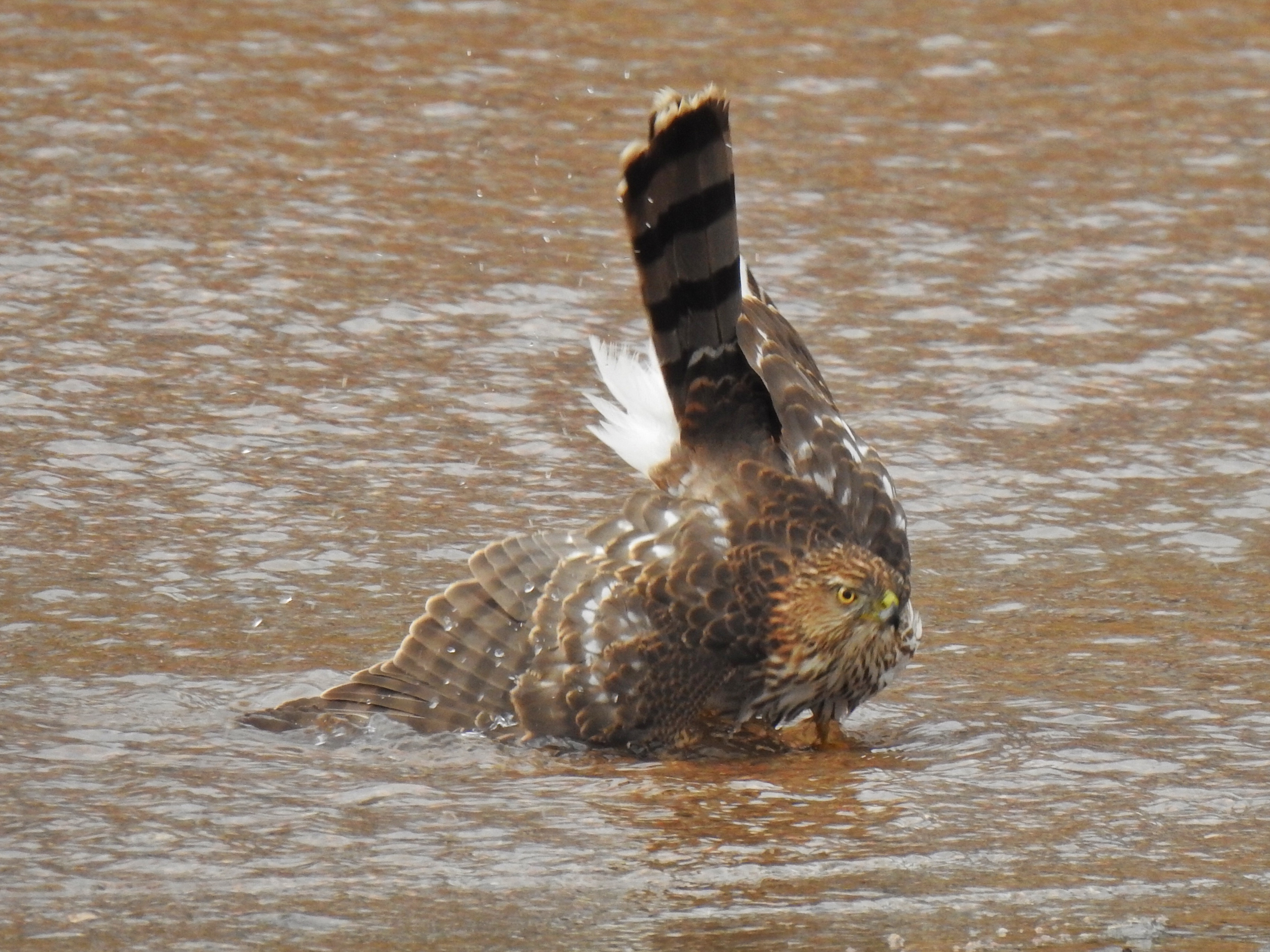 In the north-most pond before you get to the picnic area, there were several hundred geese, most of them Cackling with a few Canada mixed in. And this creature. Based on its size, short bill, and lack of a grin patch, I suspect it’s a Ross’s x Cackling hybrid, but who knows? 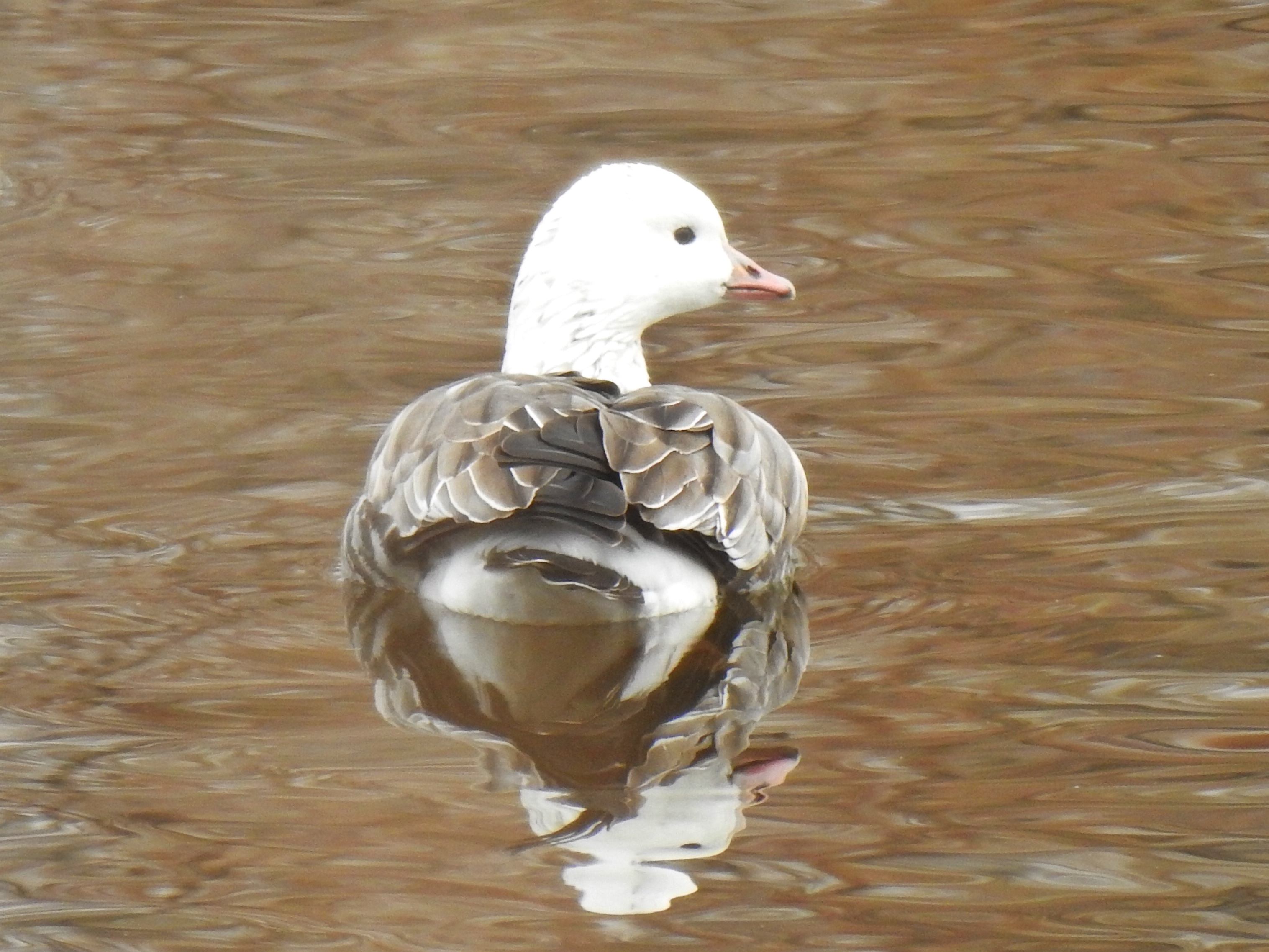 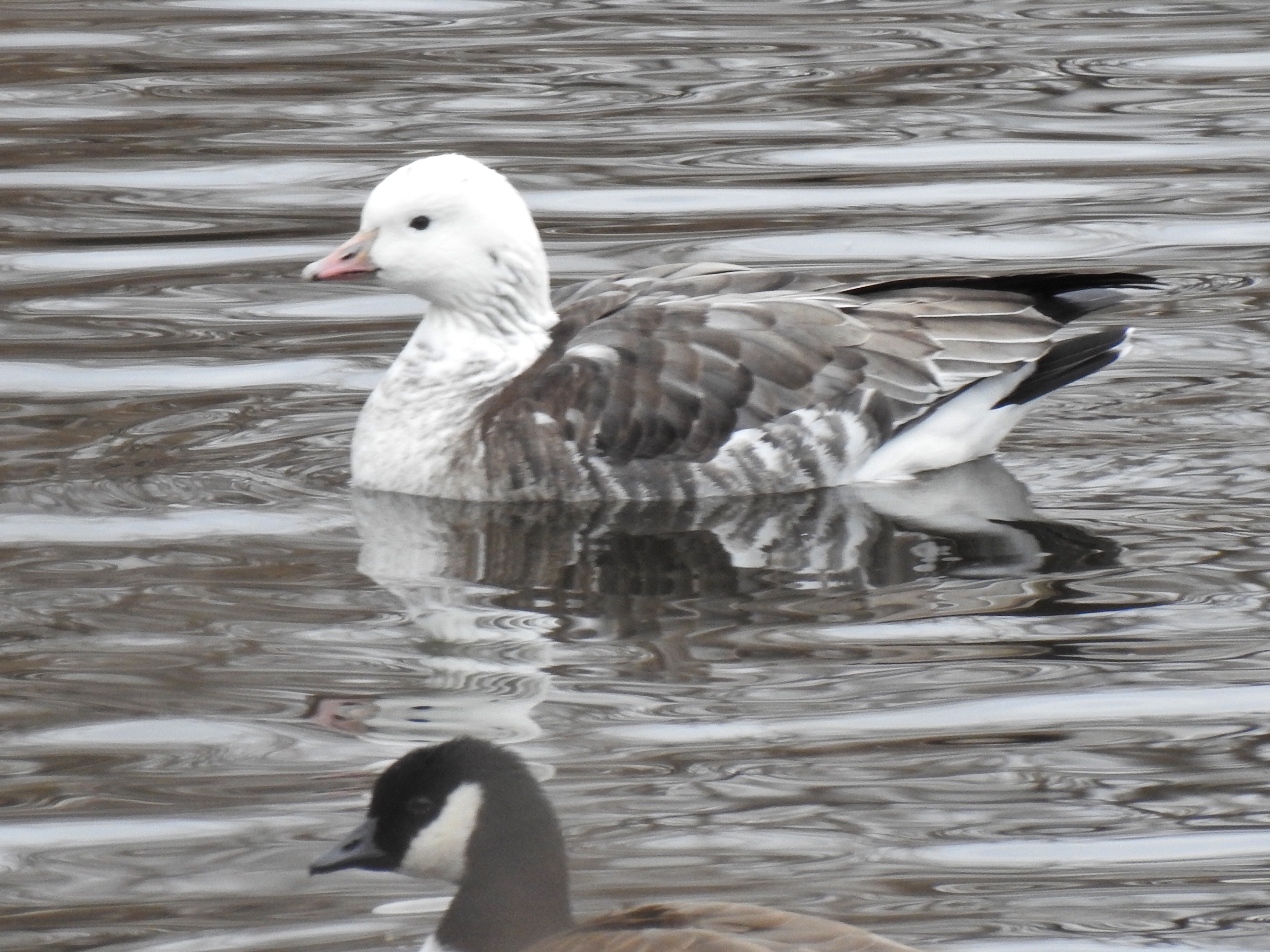 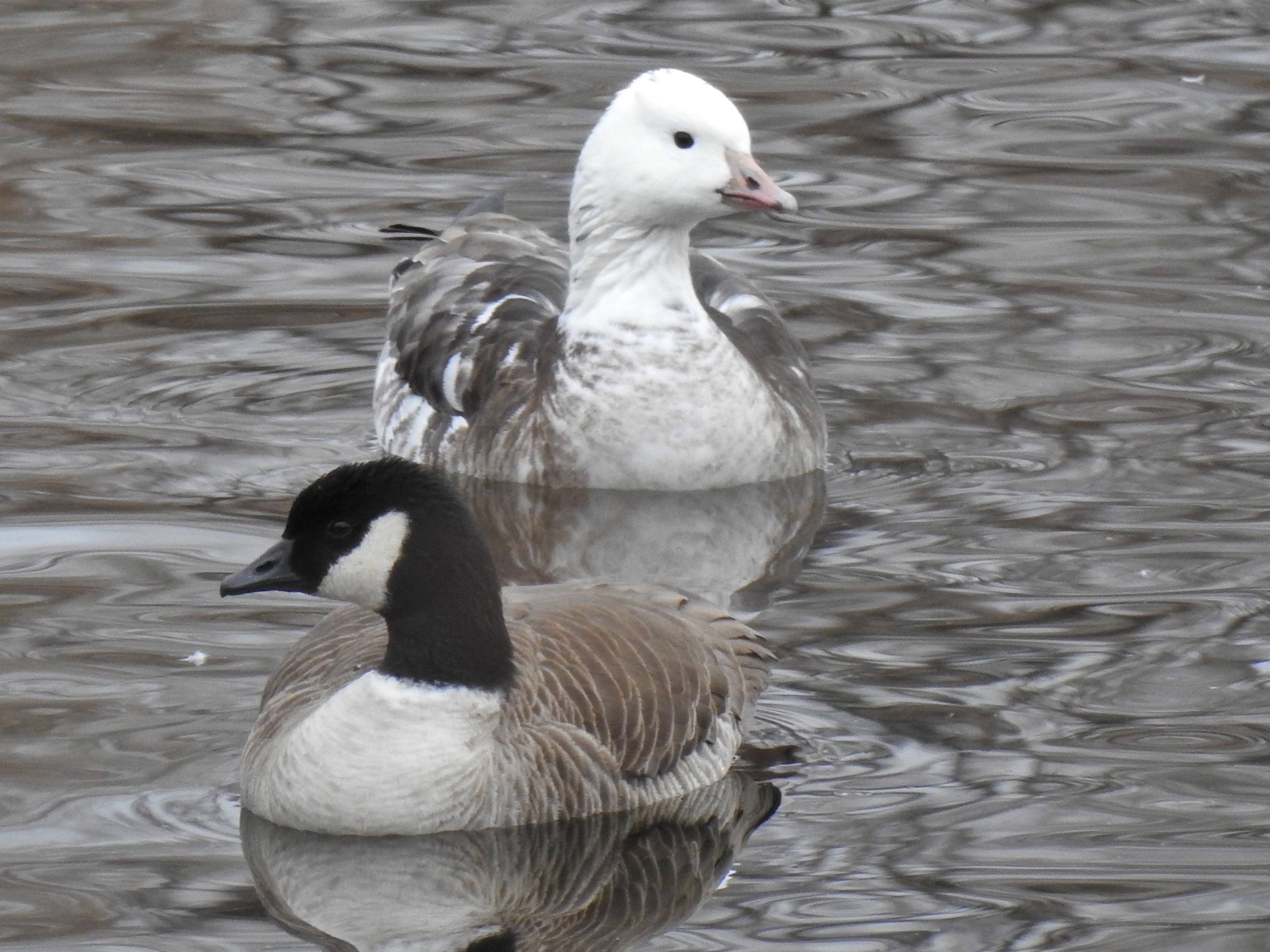 I wasn’t feeling great. For starters, I only got about four or five hours of sleep last night. I don’t know if I was also dehydrated or if I accidentally drank a caffeine-free Pepsi this morning and was having caffeine withdrawal. In addition, the day had turned overcast and unpleasant and the trails were crowded with people and their kids and dogs on New Year’s Day walks. I headed for home and spent the rest of the day relaxing and taking naps. Yes, plural naps. I saw 30 species, not a terrible start to what I hope is a fun birding year.