A Choice of Loons

In the past few days, other birders have reported Pacific and Red-throated Loons on Lake Pueblo and Common and Yellow-billed Loons at Chatfield. To go for all four would involve at least four hours of driving, so I decided to head for Pueblo. Loon-wise, it was the wrong choice. I did see 48 species, including my first Colorado White-throated Sparrow, bringing my state list up to 291.

Female Bushtit (I know because her eye is yellow.) I followed a flock for about 15 minutes, trying to get a decent photo. They move fast. 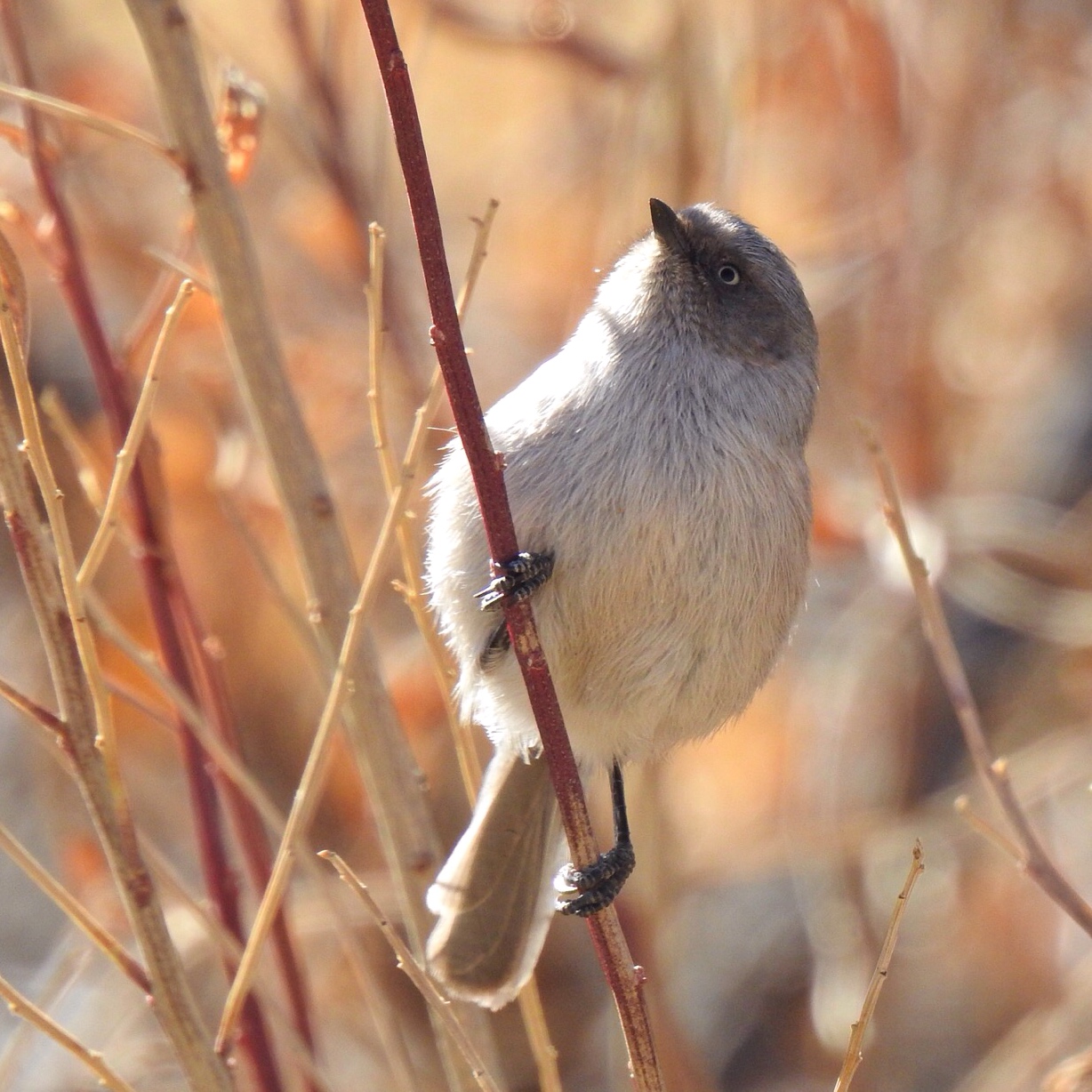 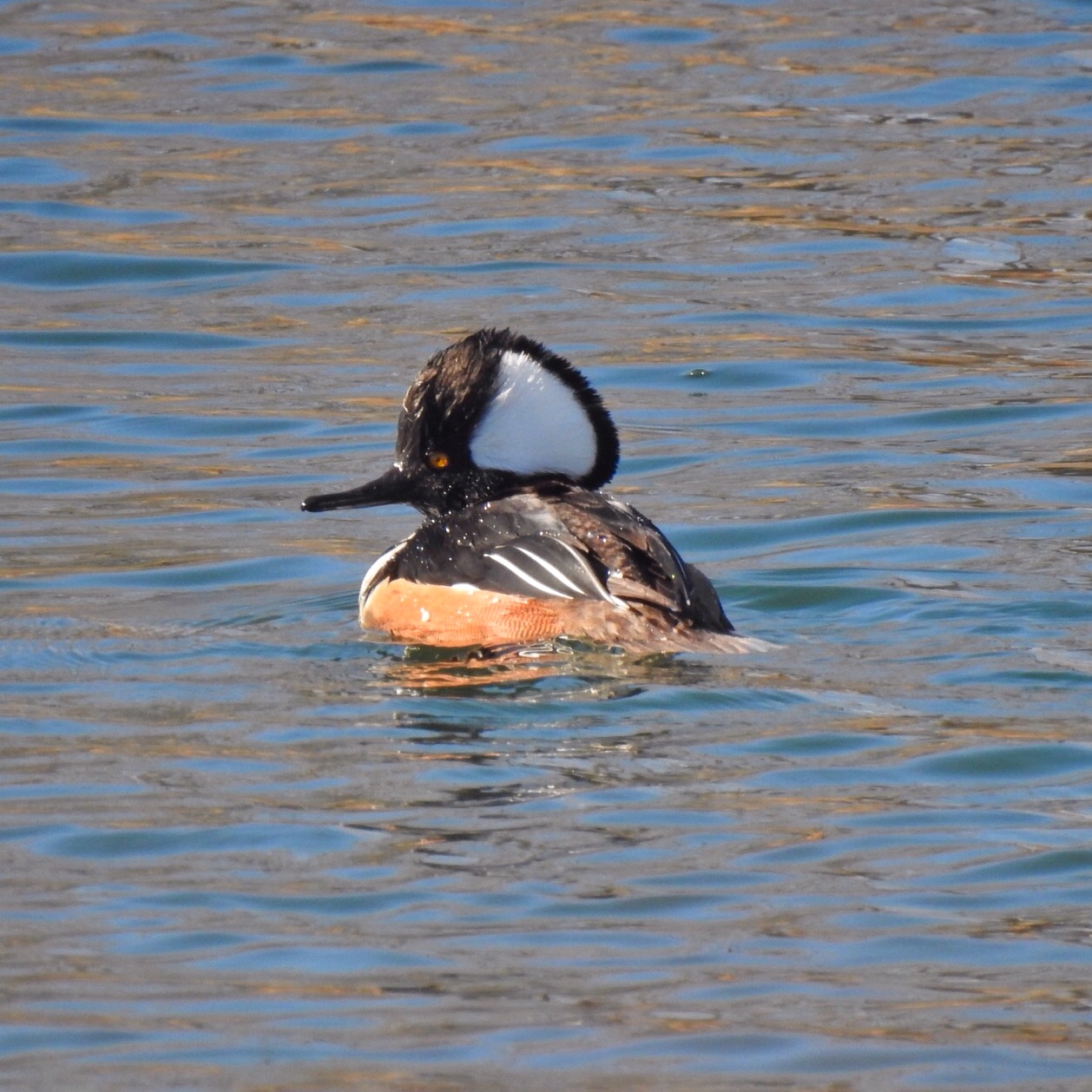 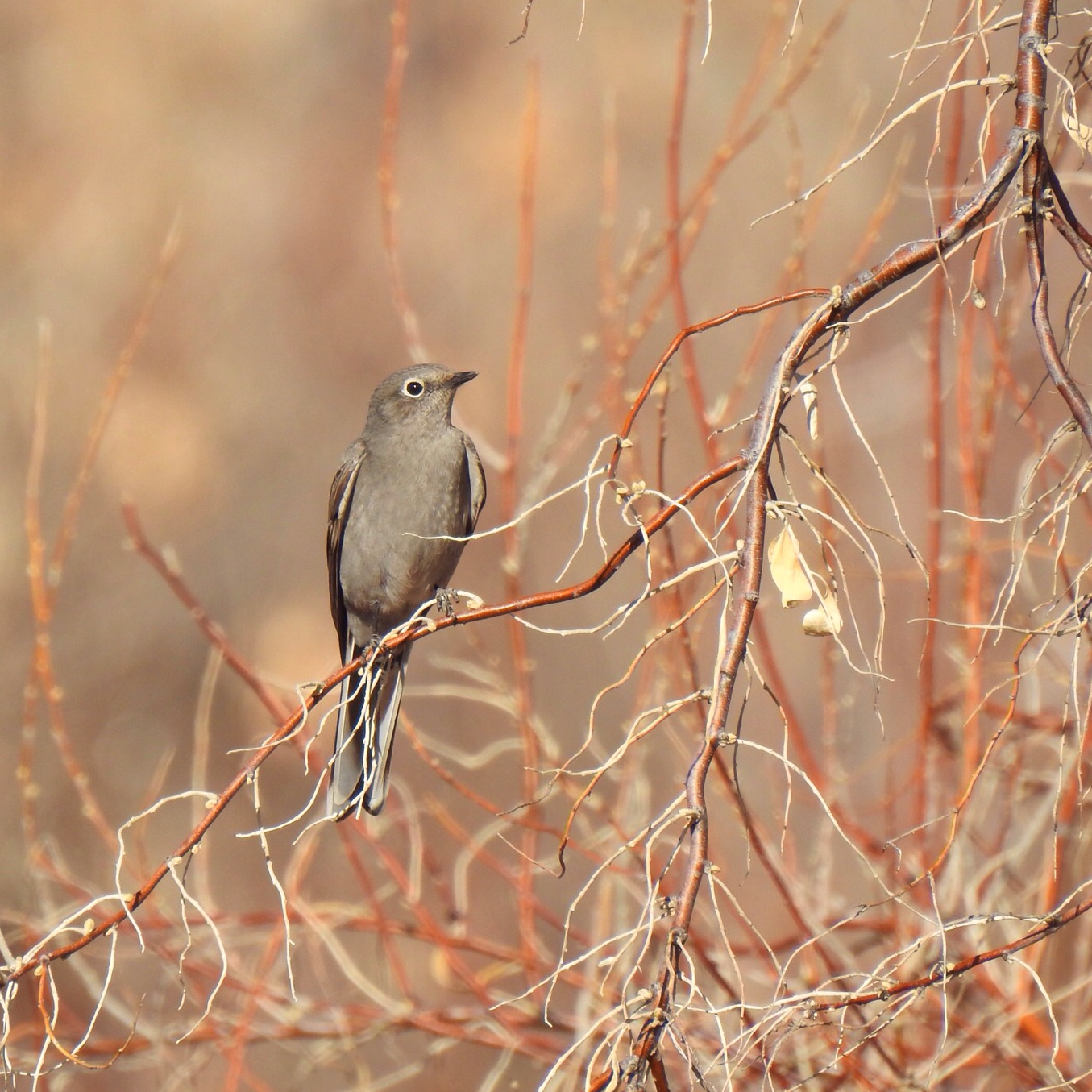 Northern Shrike. I’m used to seeing these in the bitter-cold prairies of Illinois. It was odd seeing one in the dry scrub along the Arkansas River when it was 60°. 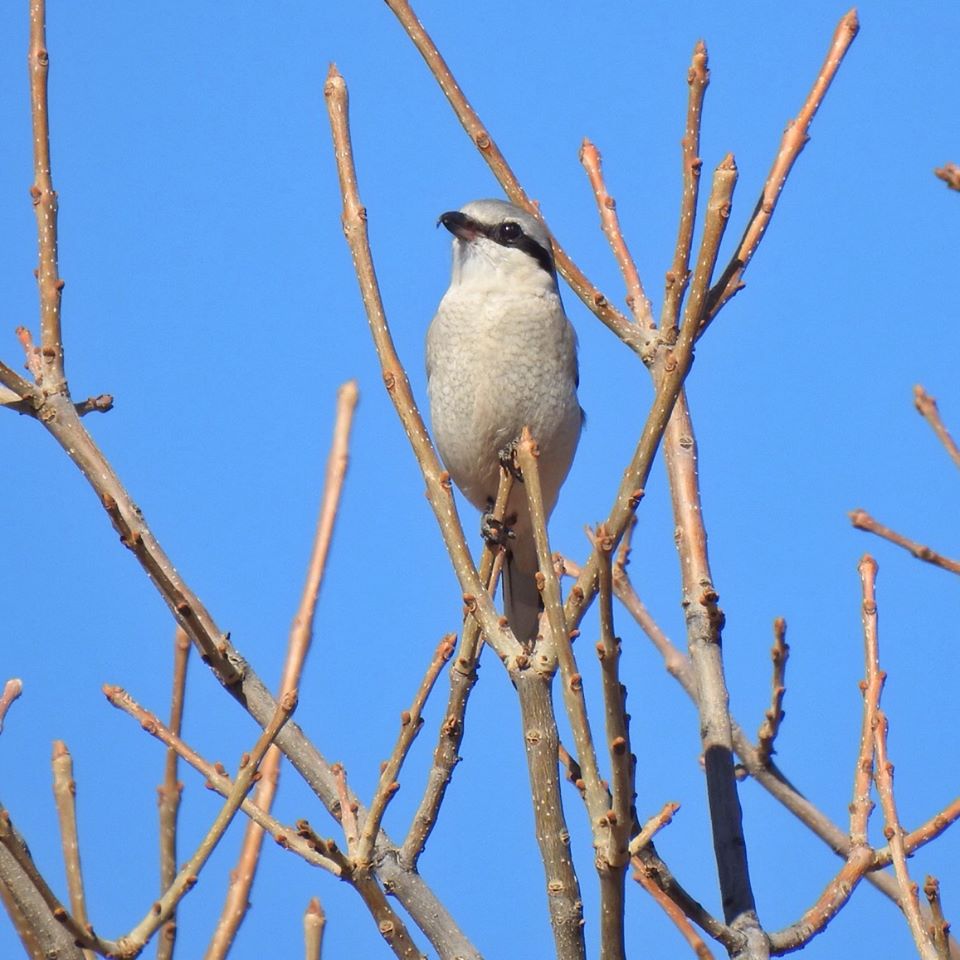 Cooper’s Hawk. I waited quite a while for this photo, but I didn’t expect him to flush right toward me. 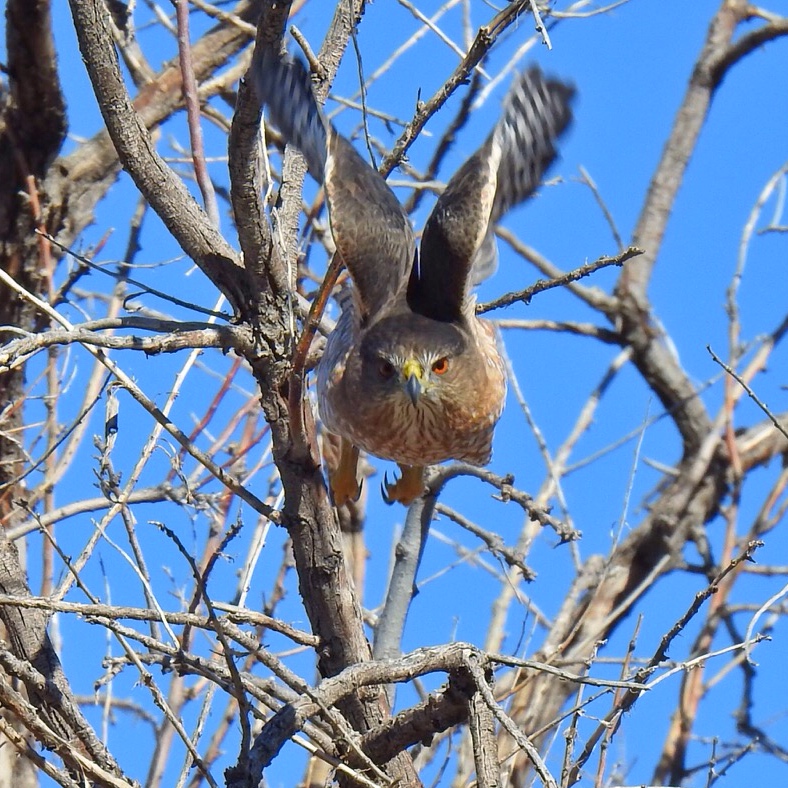 Later in the week I had a chance to dash up to Chatfield after work, and this time my luck was better. The Common Loon and the Yellow-billed Loon were there. At first, they were very far out on the reservoir. The Common Loon caught and swallowed a large fish, and then both loons began drifting my way until they were just quite far out. There are the best photos I could get. 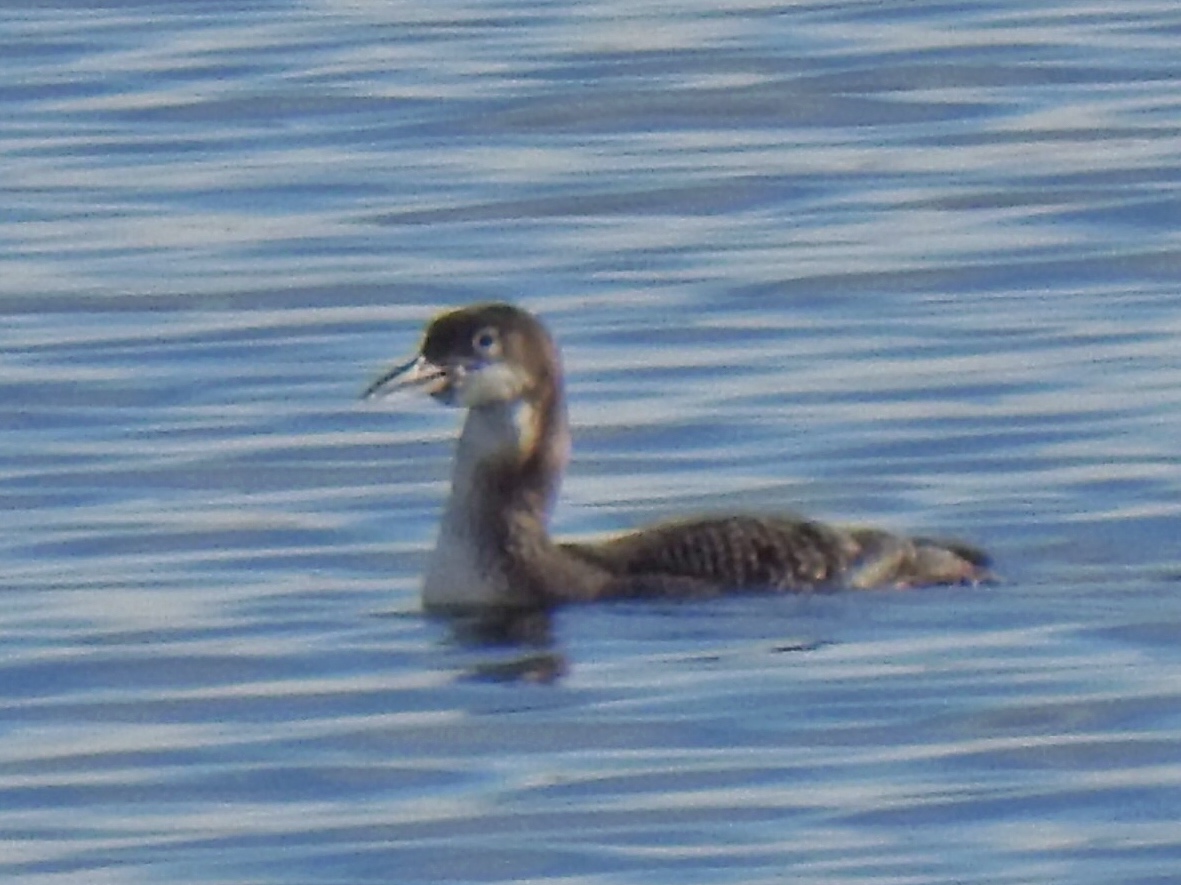 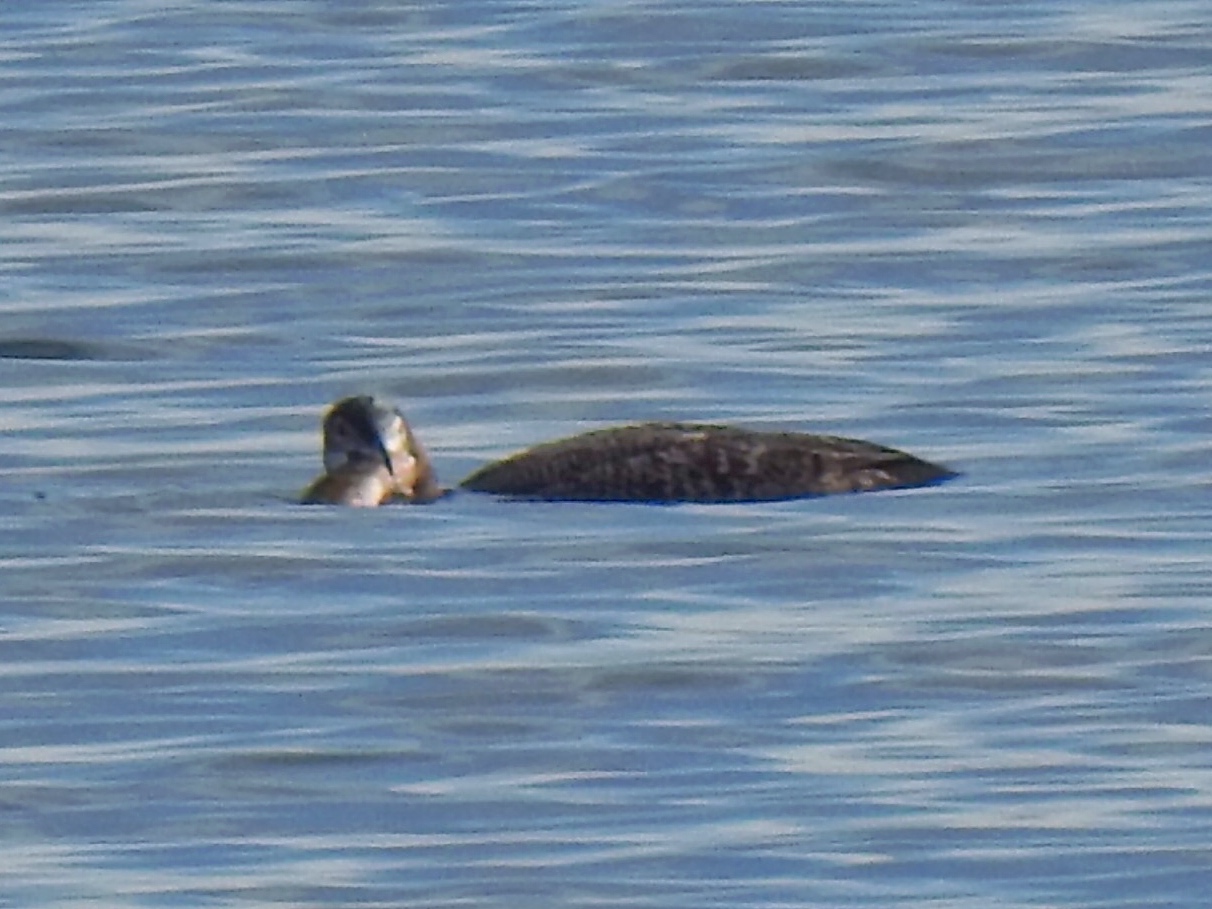 With the fish on the way down its throat. 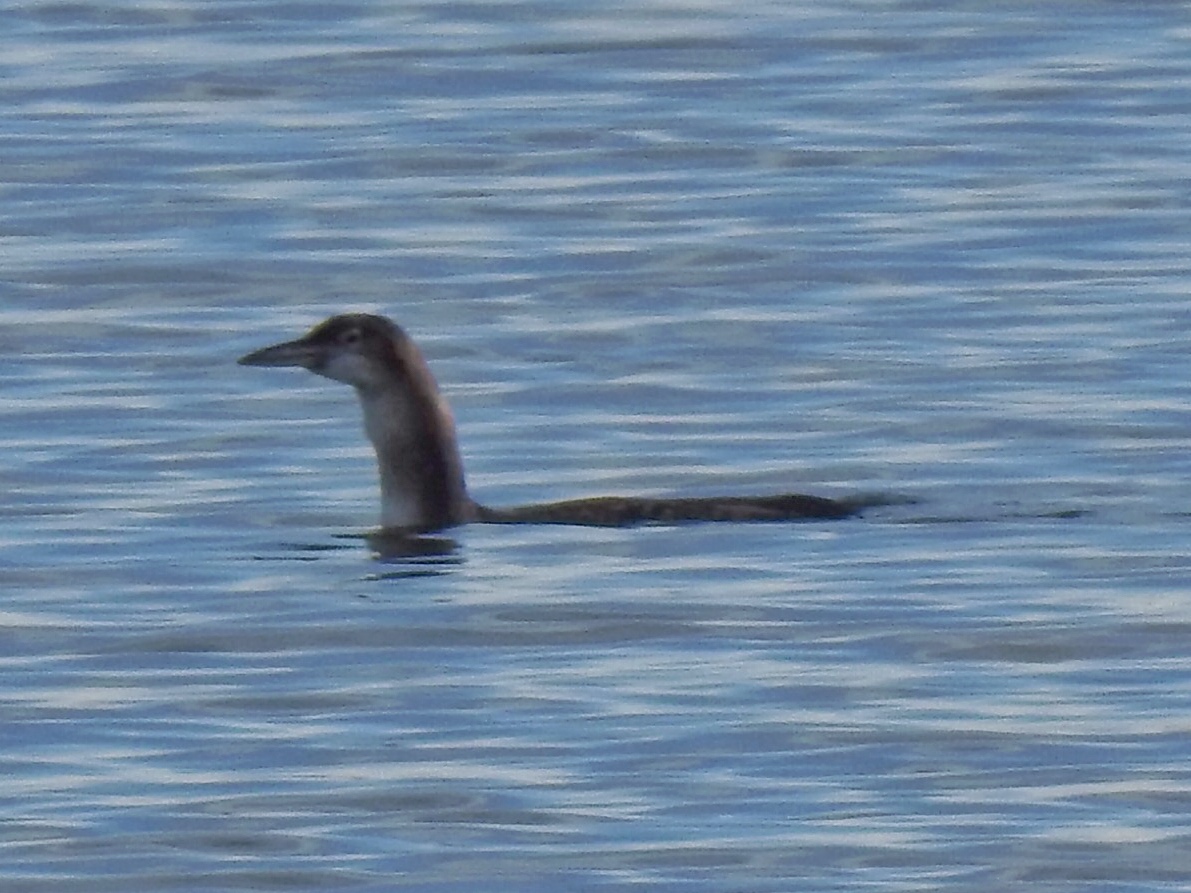 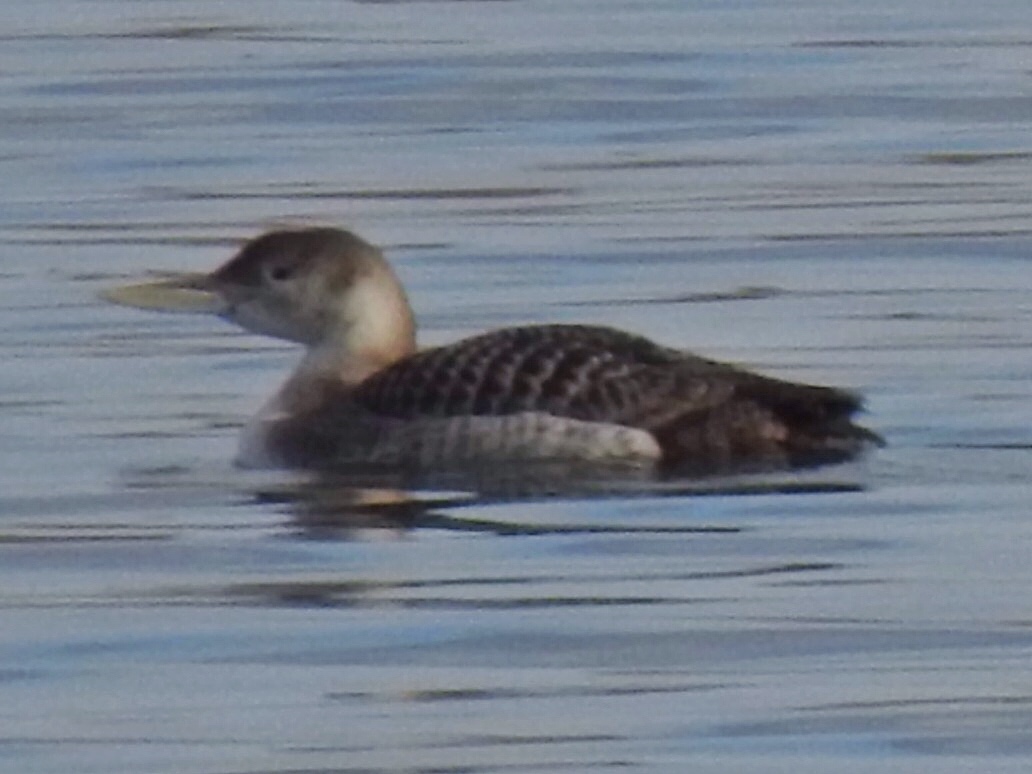 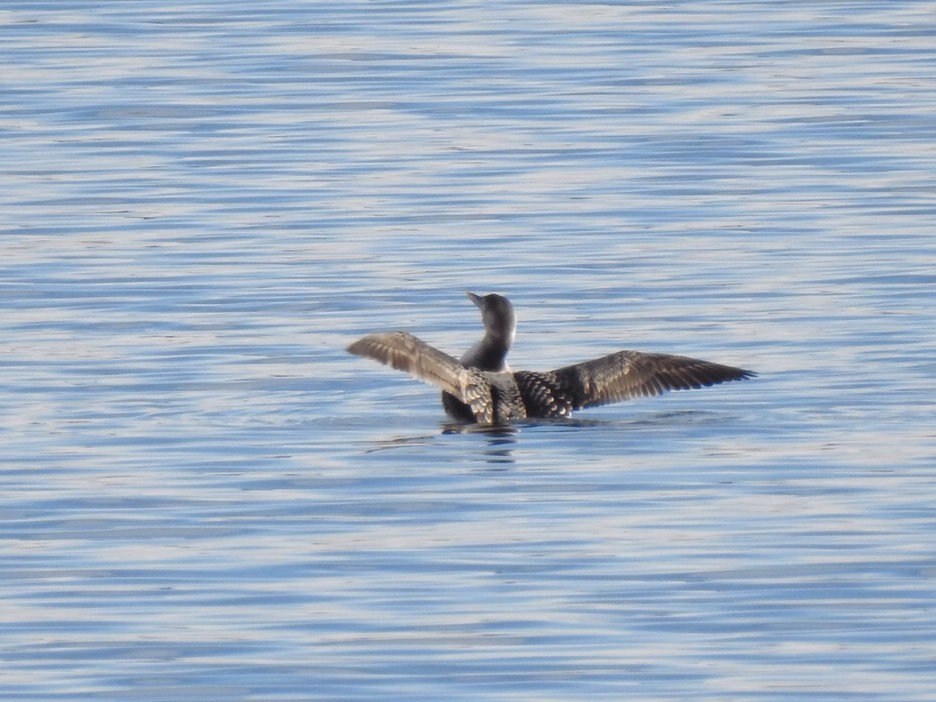 Here are a couple photos of the two loons together. Besides the difference in shade, note the different pattern on the neck. Also note that their bills are shaped subtly different. The the upper edge of the bill of the Yellow-billed is flat and the bottom edge angles up. On the Common, both the top and the bottom angle to a point. Also note that the Yellow-billed tends to point its bill up a little.

The Common Loon had a bit of fishing line and probably a hook in its bill, but that didn’t prevent it from catching and eating fish, obviously. 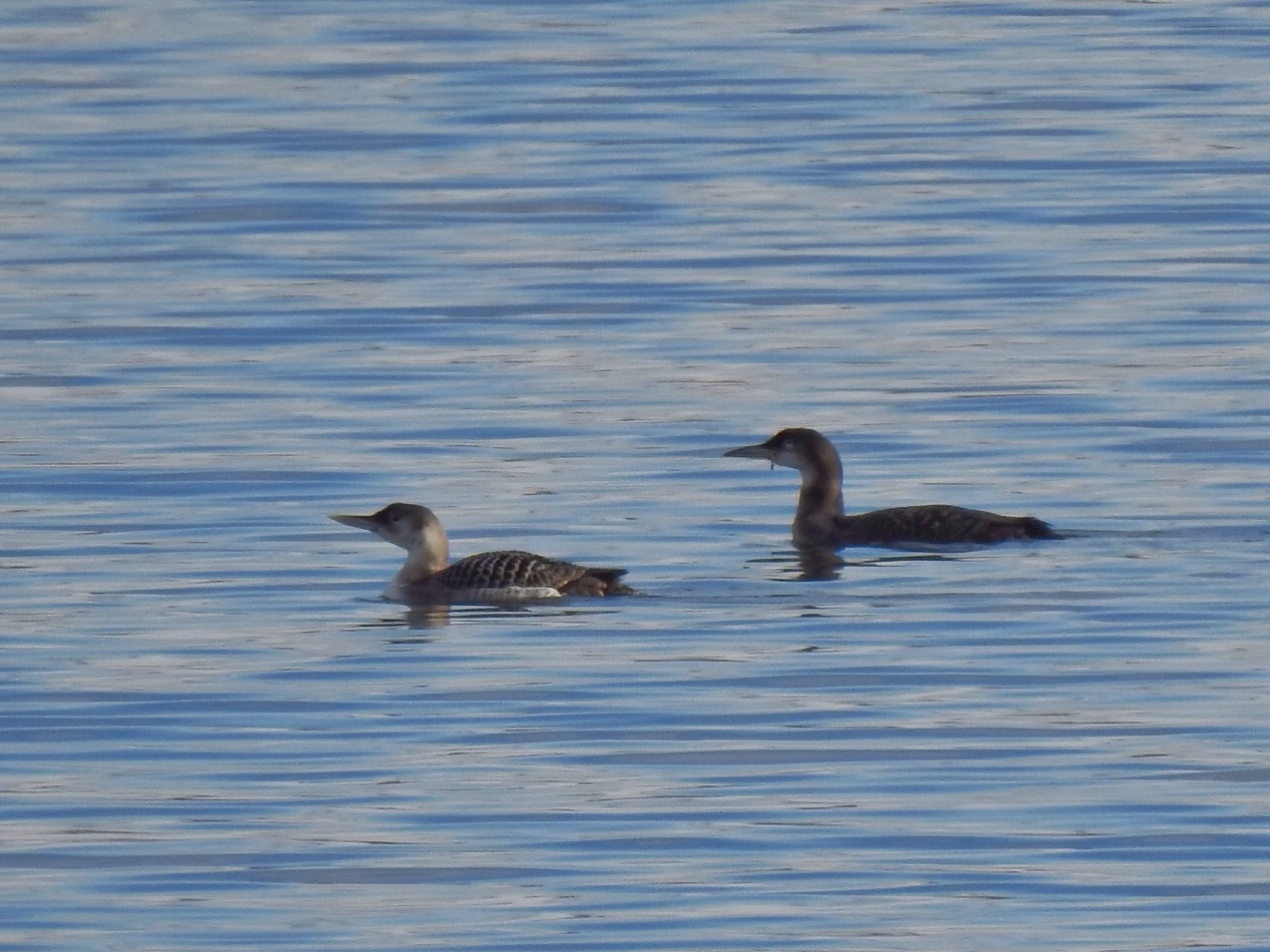 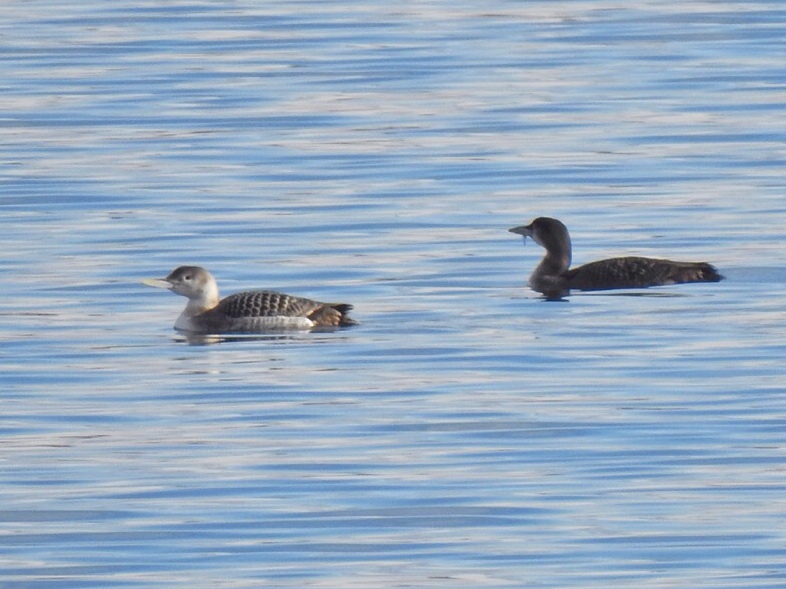 A couple came by while I was looking at the loons and we began chatting. They told me about two Long-tailed Ducks on the nearby South Platte Reservoir, so I stopped there briefly on the way home and got very distant views of them. These three birds bring my January, 2020 list up to 133 birds!