A Day of Birding

I got up fairly early this morning and headed south to Fountain Creek Regional Park. I spent about an hour wandering the trails. I didn’t see anything rare, but I did find 30 species, which is pretty good for this time of year. Among other things, I spotted a small flock of Turkeys. 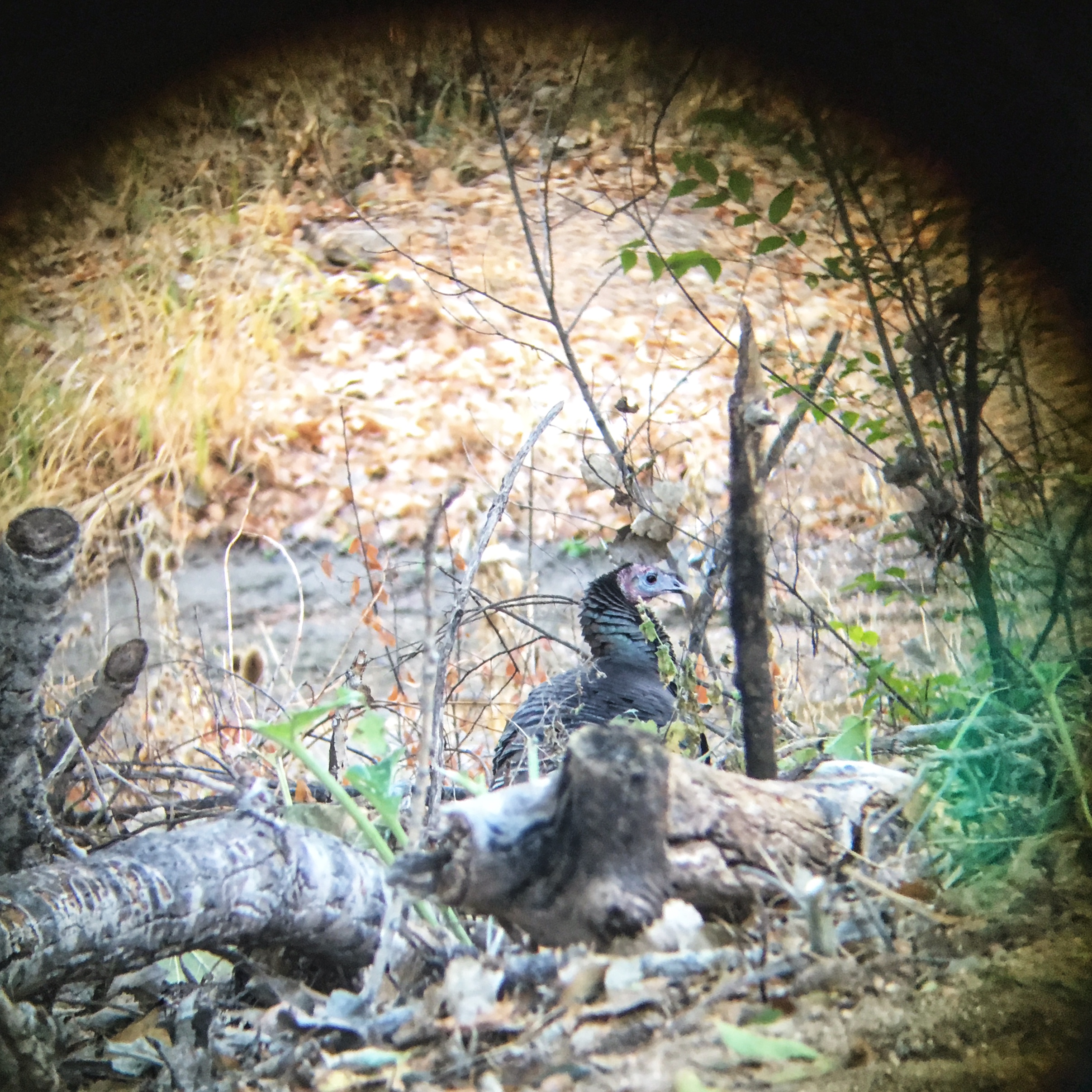 And a Great Horned Owl who sat in a tree 20 yards away and was so bored by my presence that, shortly after I took this photo, it closed its eyes. 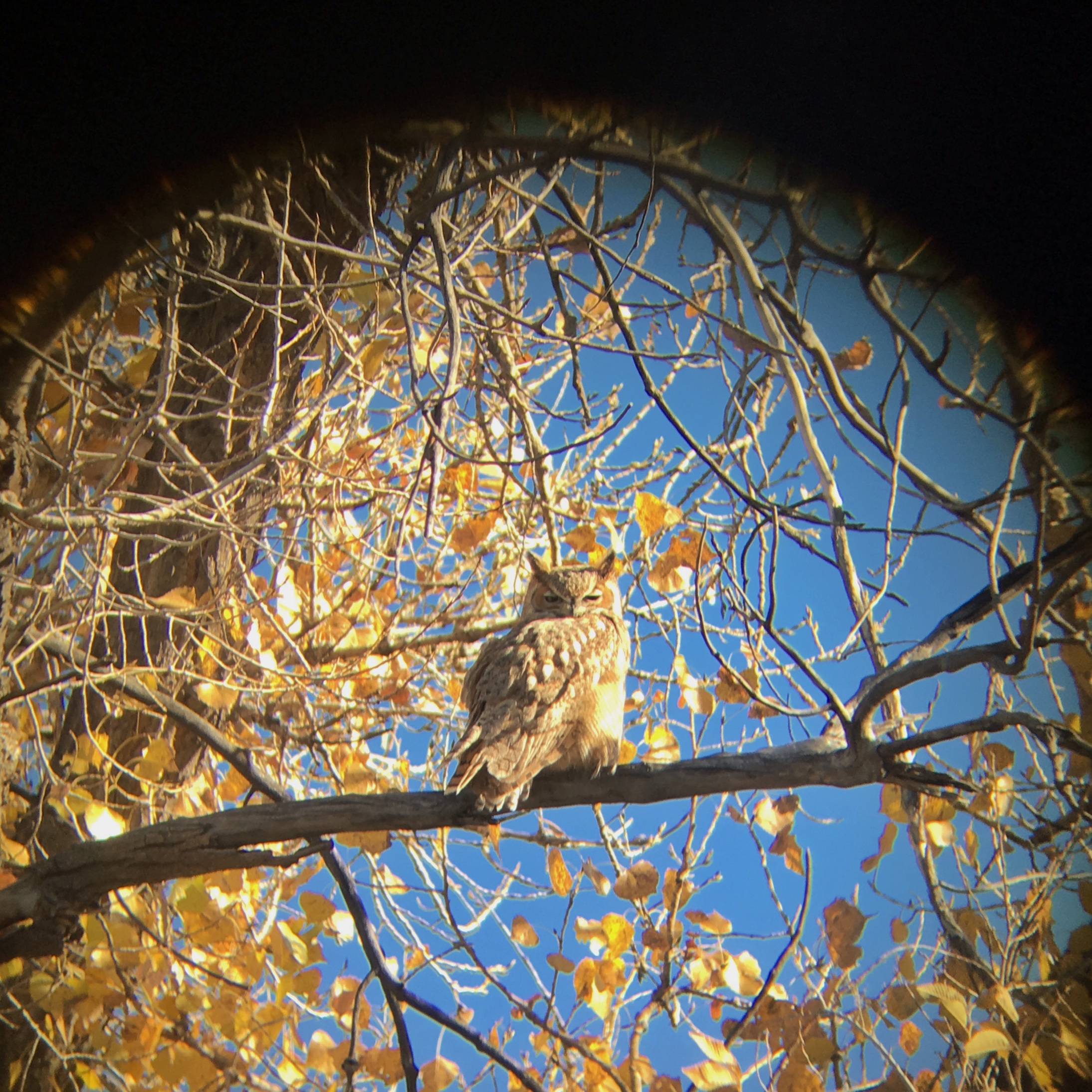 It was a beautiful day, jacket weather, crisp and clear. Here’s a shot up Fountain Creek toward Pikes Peak. 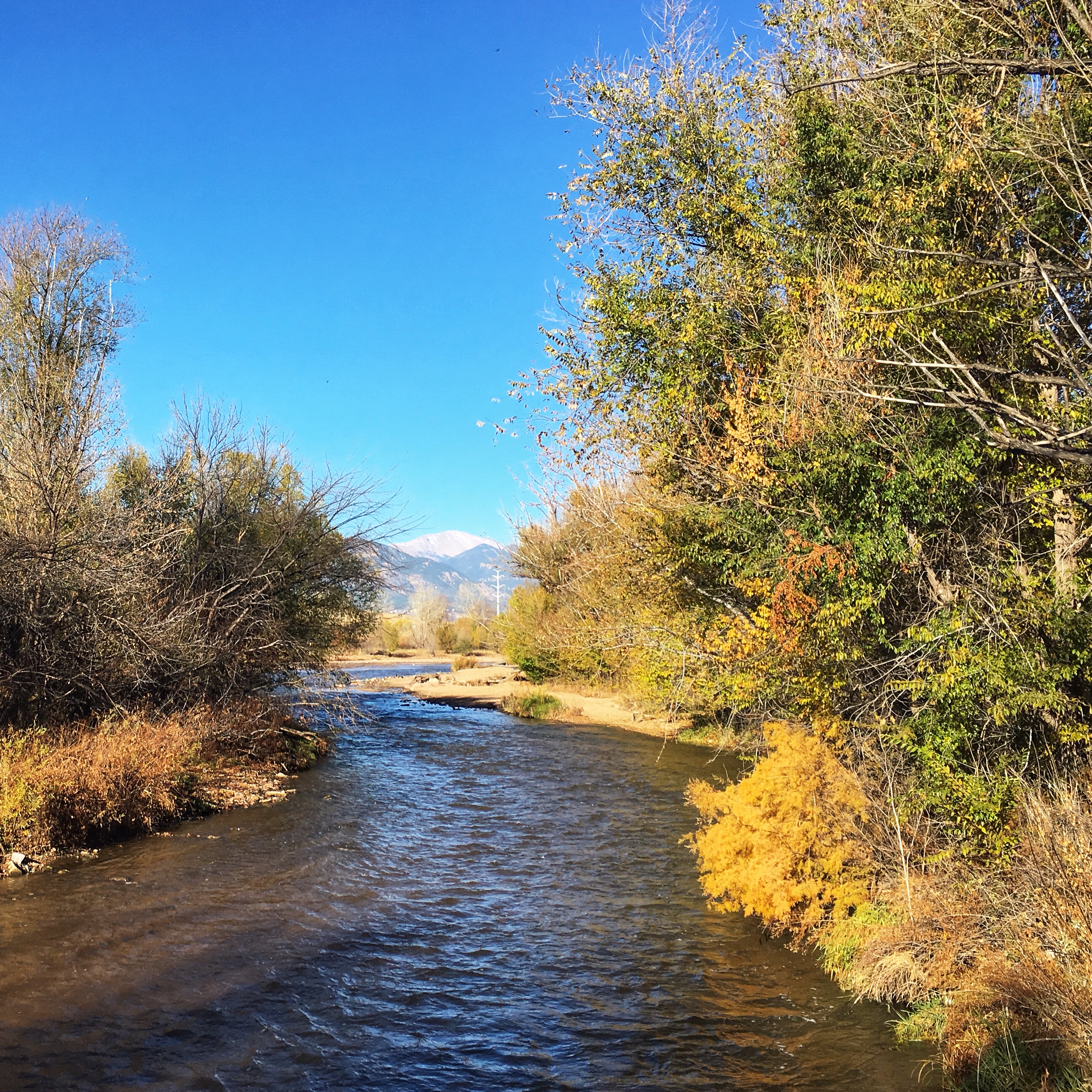 From there I drove down to Lake Pueblo State Park. The Pueblo Reservoir isn’t the garden spot of the state, but on an amazing day when the cottonwoods still had some color, it had its beauty. 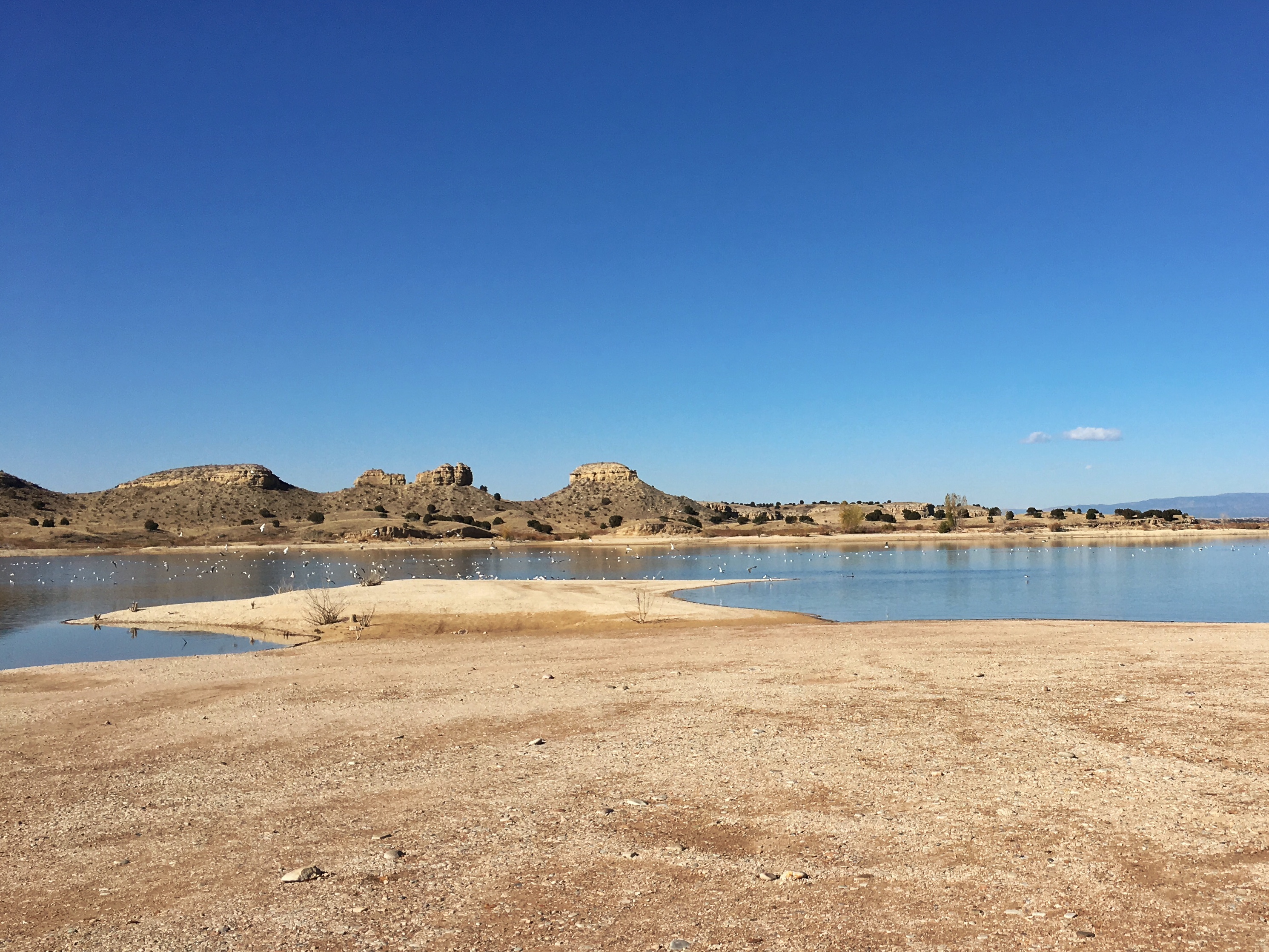 I went because birders have been seeing Common and Red-throated Loons and a Great Black-backed Gull. I did find one Common Loon way out. I saw no sign of the other two. There were thousands of Ring-billed Gulls to sort through, my least favorite birding. The highlights here were a Canyon Towhee, a Bewick’s Wren, and an immature Golden Eagle that soared overhead below the dam. 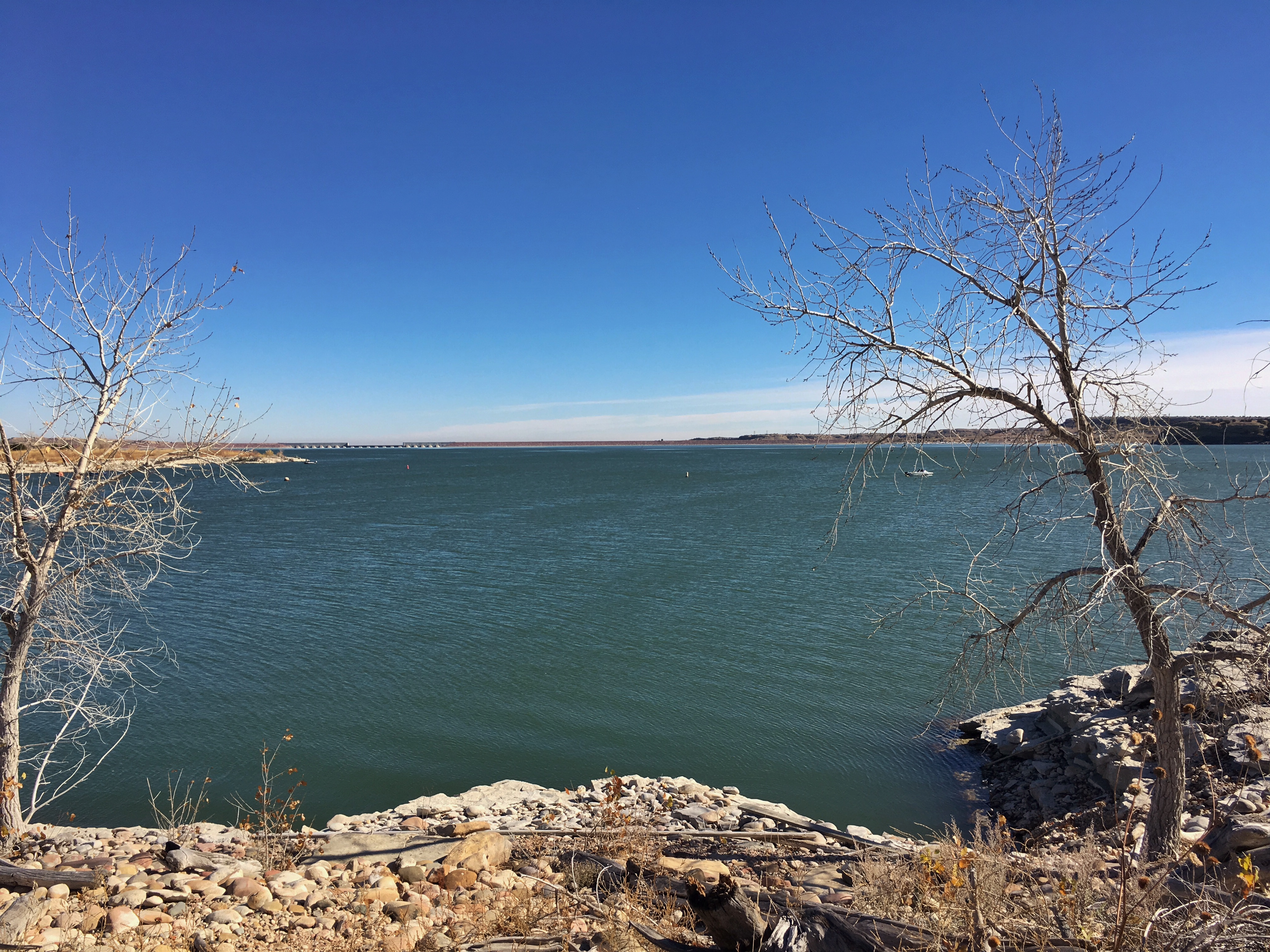 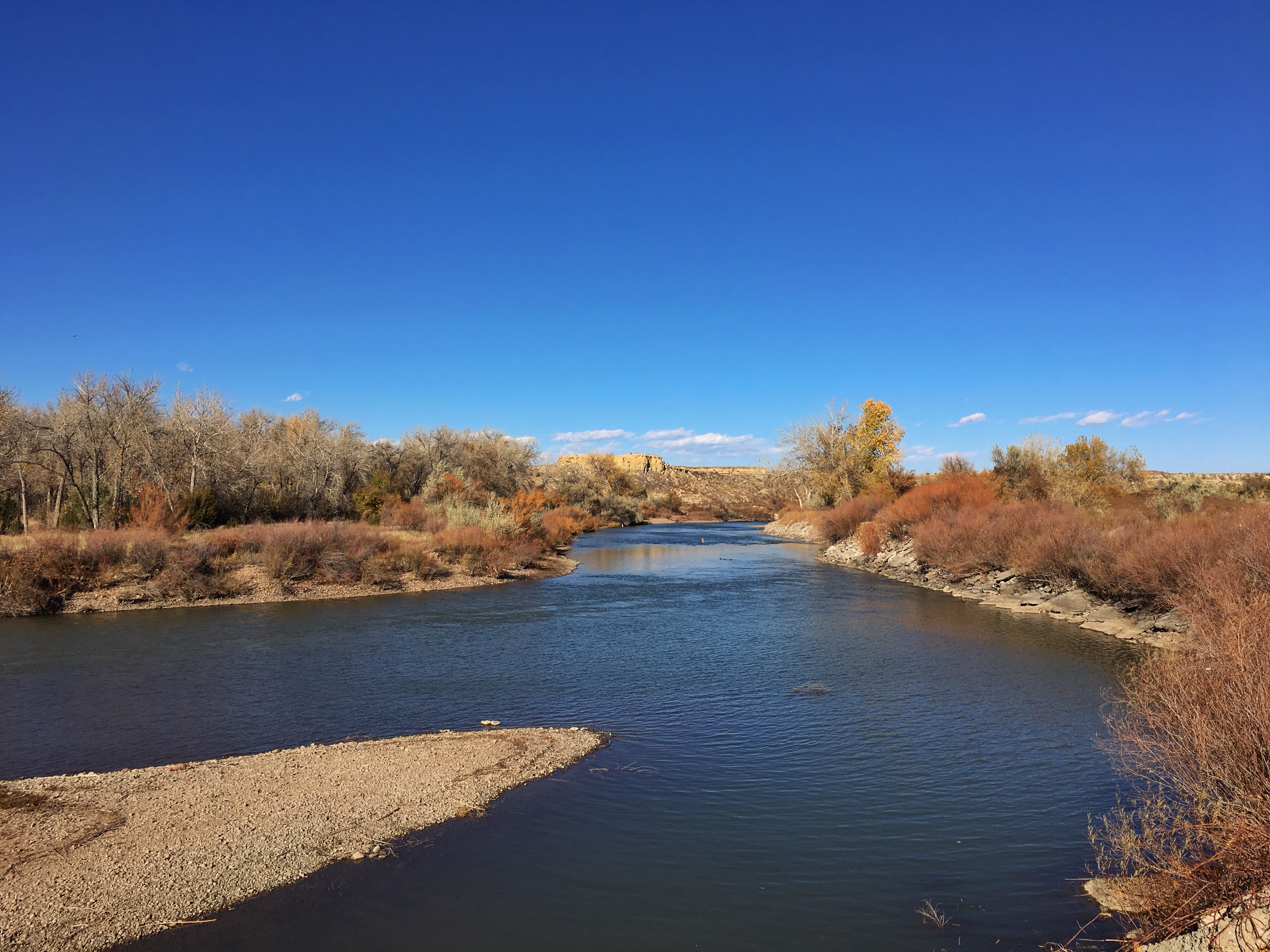