A friend and I  saw an otter swimming approximately 50 yards offshore in the main part of the lake. It dove under, remained out of view for about three minutes, reappeared for a short time, then dove again. We didn’t see it again for about 10 minutes. It then waded onto a mudflat along the shore of a bay, about 20 yards from where we stood. It was eating a 10-inch fish and looking about. It then dove into the water, swam further into the bay, and disappeared.

Twelve years later, in 1994, I happened upon an adult Otter with two pups on the other side of the Flowage. I stood and watched them for half an hour from about 30 yards away. Other than the initial look at me (top photo), they paid no attention to me whatsoever. I only left when they did — they took a swim out across the bay. 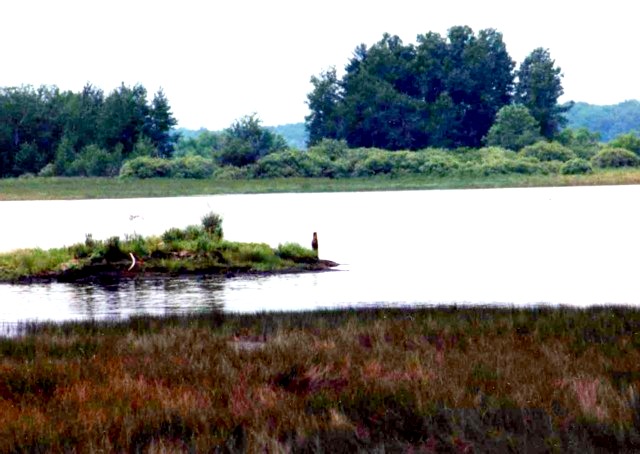 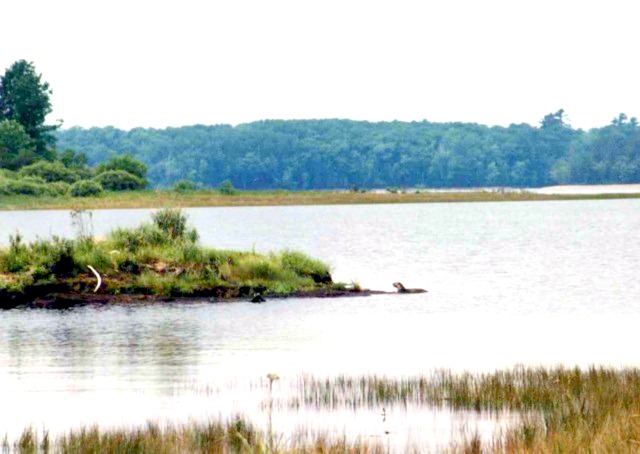