I sat out on the deck and tried to get the chipmunks to eat out of my hand. I soon noticed the chipmunks came in two sizes. I checked a field guide and discovered I was looking at two different species. The larger, chubbier ones, with stripes that ended at a reddish rump, were Eastern Chipmunks. The smaller, skinnier ones with stripes that ended at the base of the tail were Least Chipmunks. 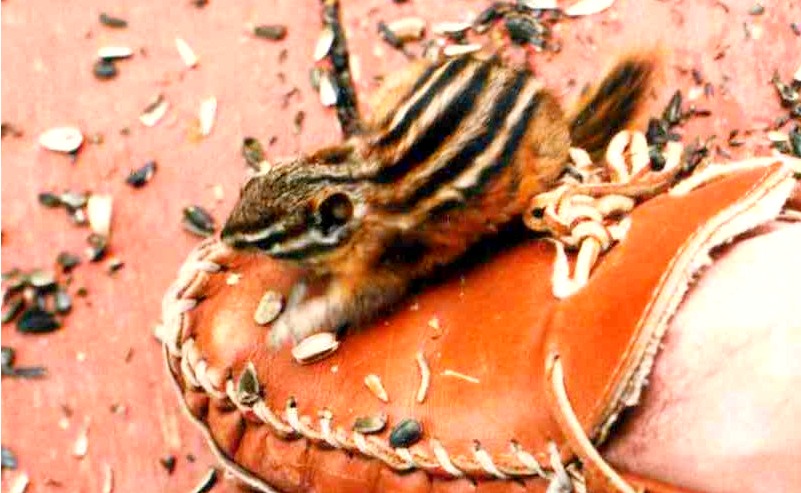 Both species were foraging for sunflower seeds that had fallen out of the bird feeders. They were on the deck, under the deck, and scuffling through the nearby grass and brush. The Red Squirrels would occasionally chase them.