I took off very early this morning to drive up to Agassiz. I wanted to see some new birds, but I also wanted to see a moose. Everyone told me my only chance was to get up there very early in the morning, but since it was a four-hour drive, this proved impossible. I didn’t arrive until mid-morning. And I picked a lousy day. It was already 90°, and my car didn’t have air conditioning.

I stopped at the visitor center and got a key to a gate that allowed me into the back country of the refuge. I saw two lifers, a Black-billed Magpie and a Franklin’s Gull, but most of the birds were off in the shade somewhere. The heat wore me out, and I soon gave up. I dropped the key off at headquarters. About that time, a large gray cloud rolled in. The temperature dropped and the wind kicked up. I drove the regular tour road, climbed the observation tower, then headed out of the refuge.

Up ahead, in the brush alongside the road, I saw what looked like a huge brown rabbit. 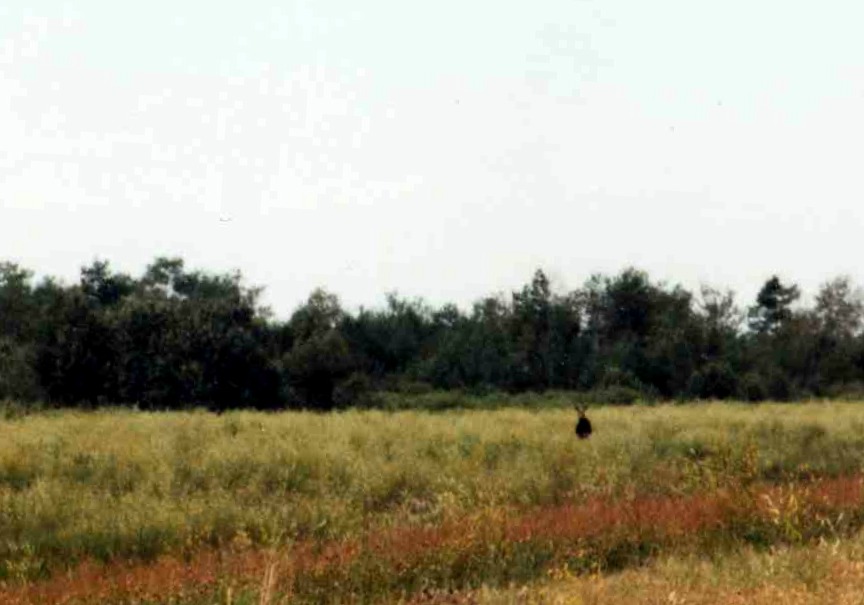 I stopped the car and looked through my binoculars. To my amazement, I had discovered a cow Moose. 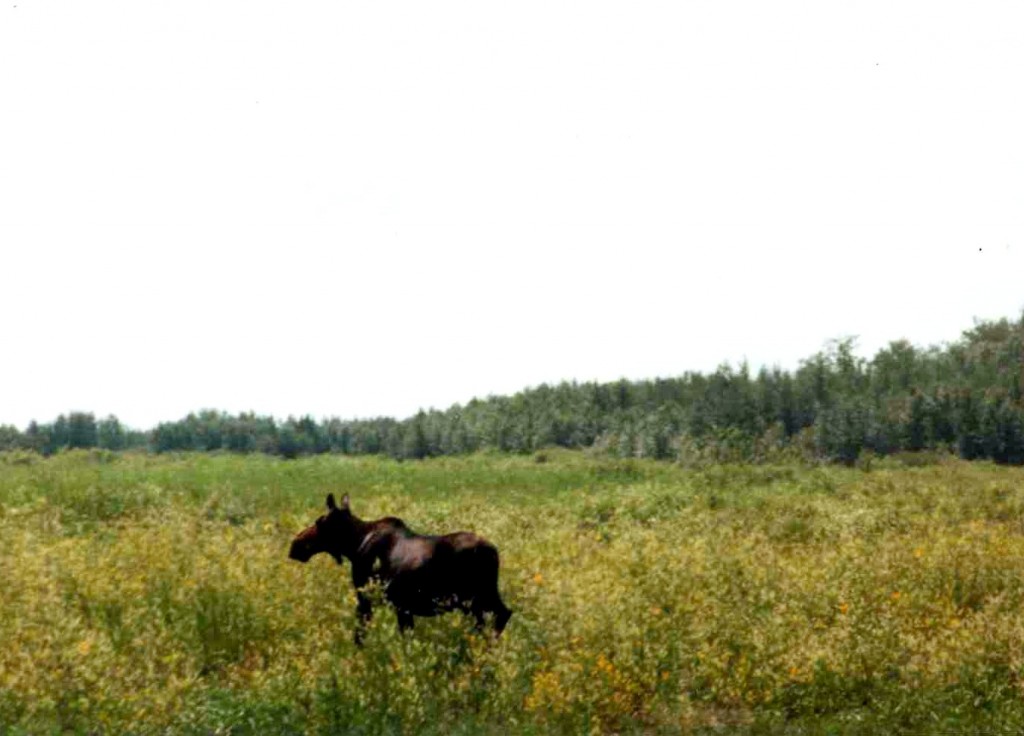 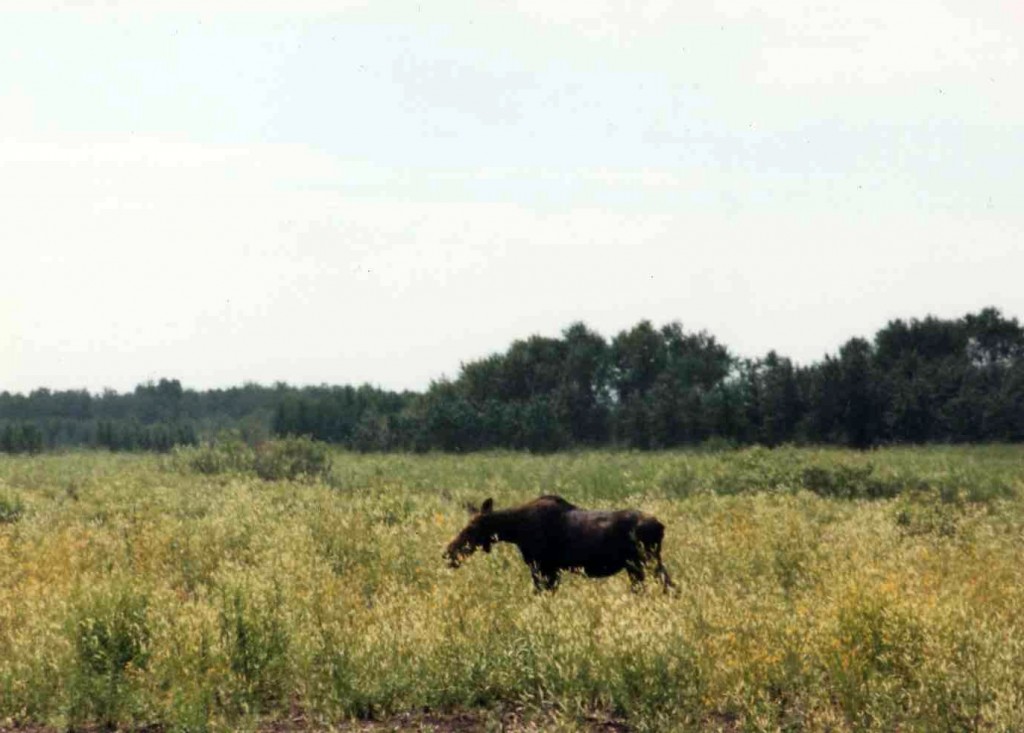 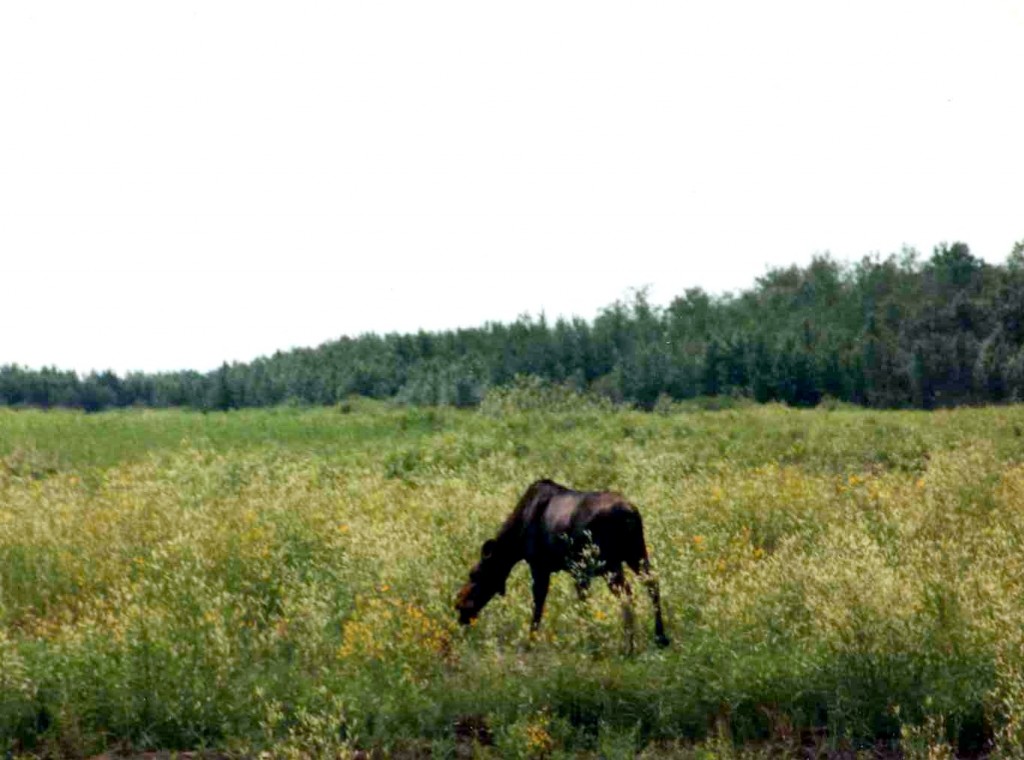 I pulled forward until I was even with it and began snapping pictures. It was browsing in the bushes along a small puddle about 30 yards south of the road. It looked up, walked a short way back into the brush, grazed a bit, looked up, walked in a little further, and so on until it was about 100 yards away.