We spent six days in Indiana and Kentucky, visiting President’s homes and other sites. We arrived at Mammoth Cave this afternoon and stayed the night in the Mammoth Cave Hotel. After supper, my daughter and I explored the area around the visitor center and walked down the path to the Historic Entrance. 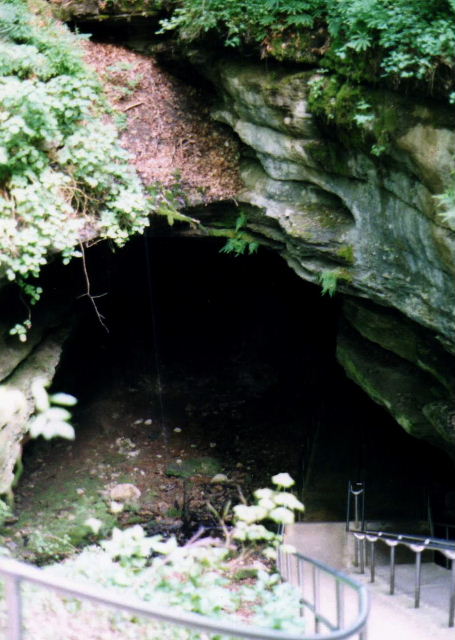 It was a warm, muggy evening, and the blast of cool air coming out of the cave mouth felt great. There was a fence that kept us from entering the cave. A sign at the top of the stairs had pictures and names of the six species of bats that roost in the cave. All of them were gray-brown in color except for the Red Bat.

We stood in the cool air and relaxed. It was still pretty light out, so we were somewhat surprised to see bats occasionally exiting. Most of them flitted too fast to get good looks at, but one stood out. It was about the size of a sparrow with fox-red fur and black wings. It circled low down in the depression by the cave mouth a few times, then flew up and past where we stood, passing within three feet. I lost sight of it as it zipped by into the woods.