There was an oak tree next to our camper. I kept hearing acorns drop to the ground, which I thought was strange as there was no wind. Then I heard some high-pitched squeaking. I figured it was probably flying squirrels, and this was confirmed when my brother–n-law said he saw something fly to a branch in a pine about 20 feet from where we sat around the campfire. The next time I heard the squeaking, I walked back into the trees with a flashlight and tried to find the perpetrator. I got lucky. I just happened to point the light upwards when a squirrel glided across an open space. I got a brief, but good view of its underside, a rectangle of white fur about five inches long and four inches across with paws at each corner. For whatever reason, perhaps because it was about to land, the tail wasn’t obvious.

To make a long story short, the squirrel or squirrels were around the next two nights — squeaking and dropping acorns. On Monday night, I ran back with my flashlight every time I heard them but only got one very brief glimpse of something running along a high branch in the oak. On Tuesday night, I made a few more unsuccessful attempts, then gave up and sat by the fire. Around 9:00, my brother-in-law, who was facing our camper, suddenly yelled “Look, there it is.” I turned around in time to see a tiny grayish squirrel run along the length of a three-foot branch and disappear behind the tree. It was the same place we had seen it on Sunday night. I grabbed a flashlight and ran over, but couldn’t see or hear any sign of it. I read later that flying squirrels have the habit of running around to the backside of a tree whenever they land and scurrying up or down in case something followed their flight. 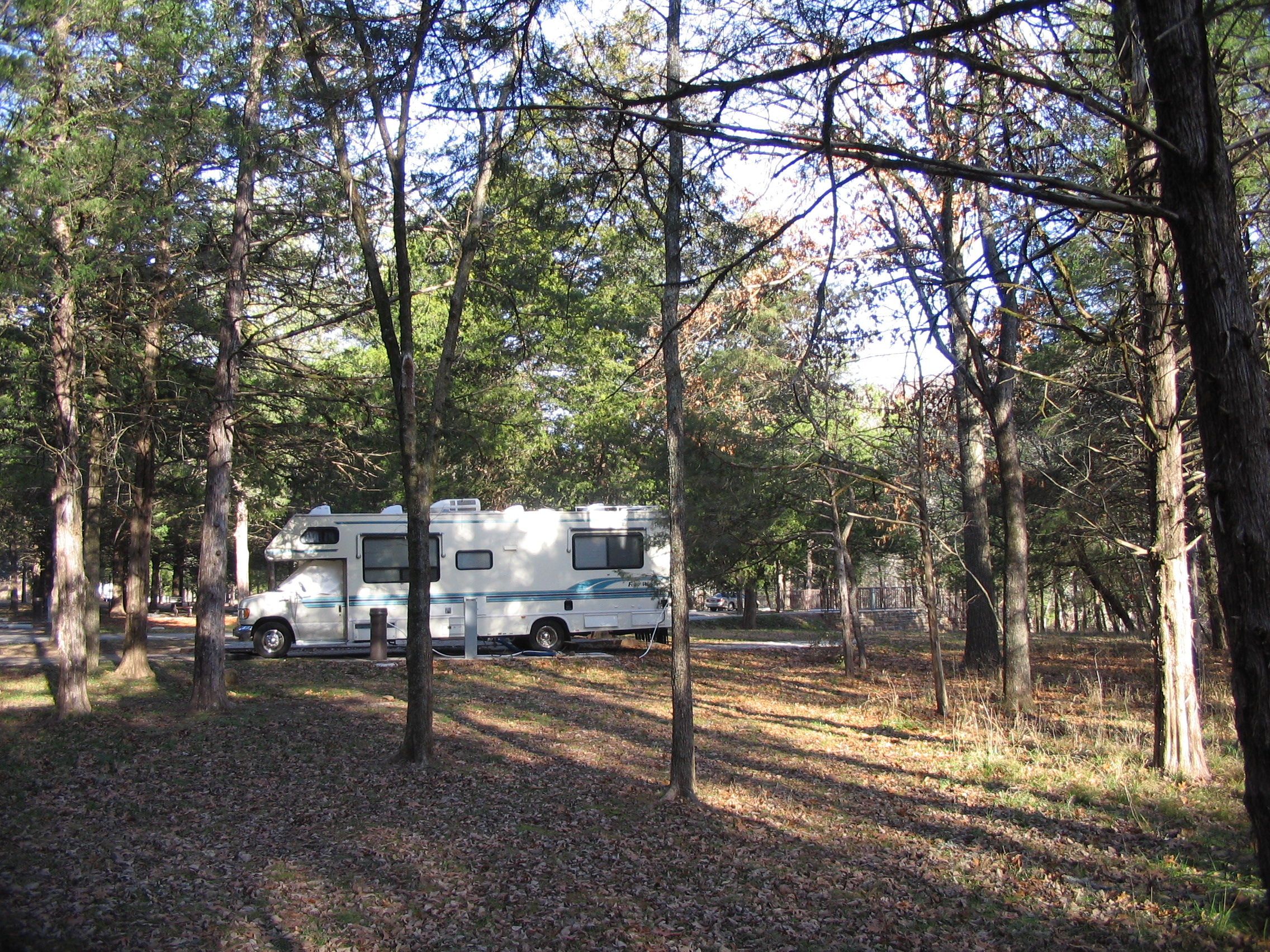 I took this picture on Monday. That’s our borrowed camper. The oak where I saw the squirrel can be seen on the right.