My wife and I spent three days at a bed and breakfast in the country outside Galena, just to get away. One morning, we drove to the town of Elizabeth to see the Apple River Fort. This is the location of an 1832 battle during the Black Hawk War. 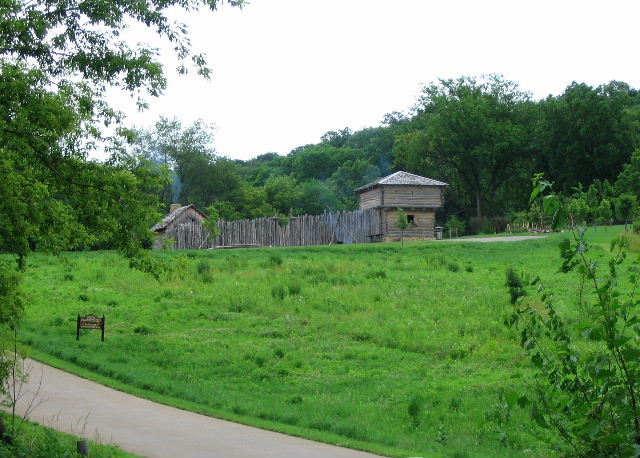 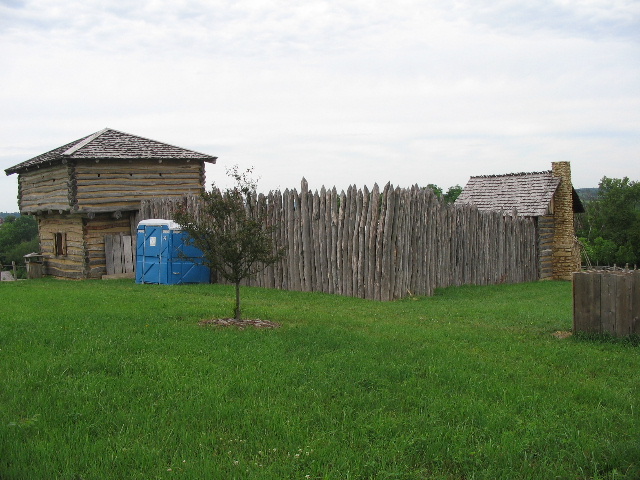 About 200 Indians attacked 45 local settlers who took cover in a hastily-built stockade. Because the women helped by reloading the rifles, Black Hawk and his warriors thought there were more settlers than there were and gave up after 45 minutes. One settler was killed and two were wounded.

The visitor center is on the main highway. After listening to a presentation by a friendly woman behind the counter, we toured the small museum and watched a video in which really bad actors re-enacted the battle. We walked out the back door to find ourselves entering a car wash. A road alongside the building led up a hill, past several houses and apartment buildings to a six-acre field where the reconstructed fort is located. The original fort was next to the reconstruction (so archeologists can do research).

The stockade consists of logs stuck in the ground around a log cabin and a blockhouse, forming a square 50′ x 70′. A small storage shed was also built inside. A local family was dressed in period costume and doing period stuff. We walked into the fort and were immediately accosted by a young man dressed as a settler. He asked us if we knew about the Black Hawk War. I said yes. He asked if we’d toured the visitor center. I said yes. So he then proceeded to tell us all the stuff we already knew. It annoyed us at first, but he was very sincere and knowledgeable, so we warmed up to him. 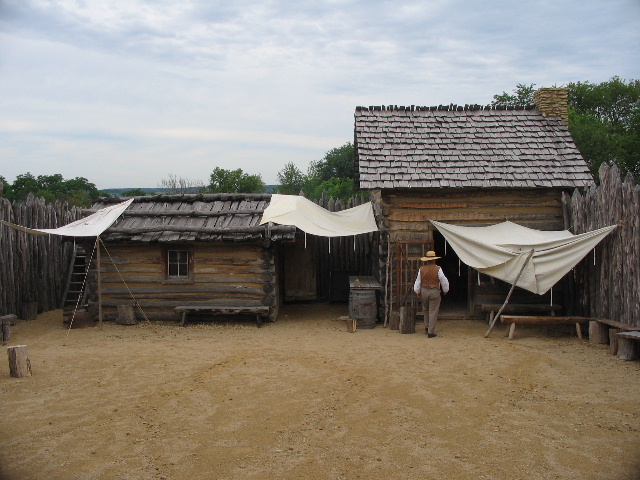 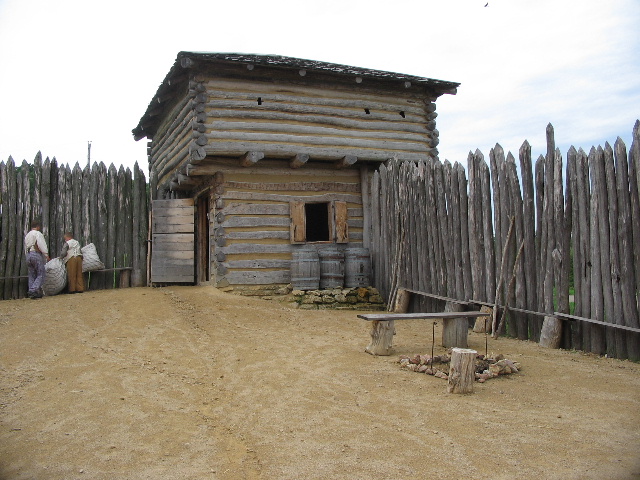 I was impressed by the level of detail — the cabin and storeroom were filled with period furnishings, and the blockhouse was set up as though a militia company was bunking there (although they were away on the day of the siege). There were even live chickens wandering about. But it wasn’t large. We saw, and heard, everything in about 15 minutes.