We made arrangements to meet friends this evening in Little Rock for supper and an Arkansas Travelers Texas League game. (Slogan — The Greatest Show on Dirt.) It rained the entire time we were eating and didn’t let up until we were entering Ray Winder Field. When the tarp was removed, there were puddles all over the infield. We were each given bingo cards, and as the grounds crew sloooowly fixed up the field, the crowd played a couple of rousing games. The MC got a lot of kicks out of insulting fans who made mistakes on their cards. See those guys holding the tarp? Stare at them for 10 minutes. That’s how fast they were moving in real life. The game started at 8:36, an hour and six minutes late. 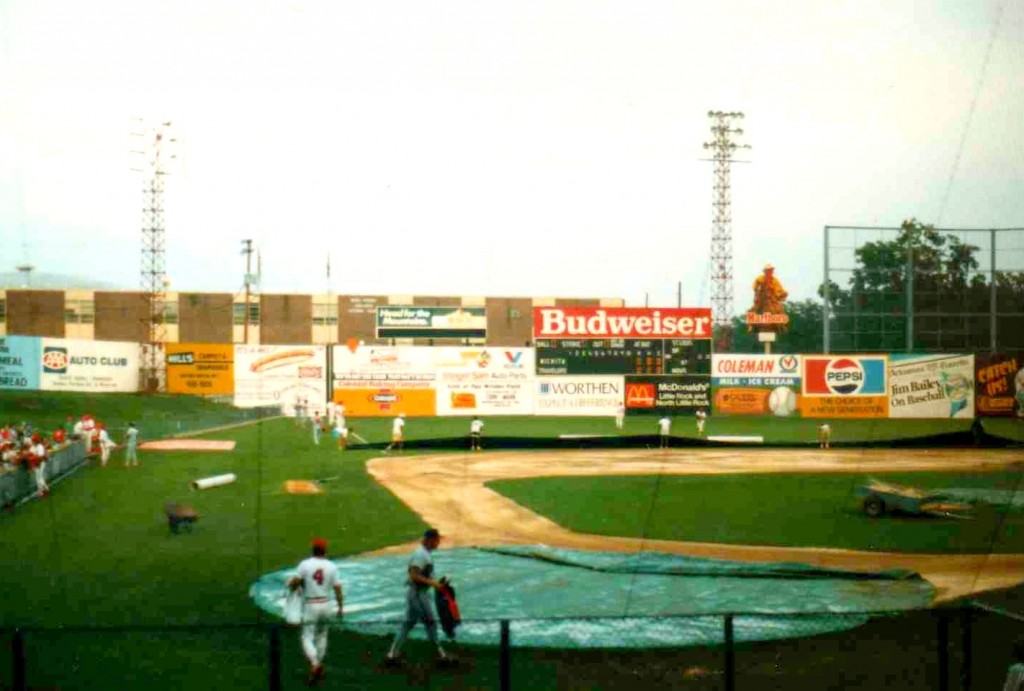 Shortly after the game began, they called off a bunch of lucky numbers from the back of the program. I won!!! I got a coupon to a Mexican restaurant in Little Rock, a Campbell’s Soup windshield screen, and a coupon for a free autographed photograph of Bob Gibson at an upcoming baseball card show in Little Rock.

Here are some action shots. In this one, taken in the top of the second, the runner is #23, Jose Mota of the Wichita Wranglers. He’s about to be thrown out trying to steal second. 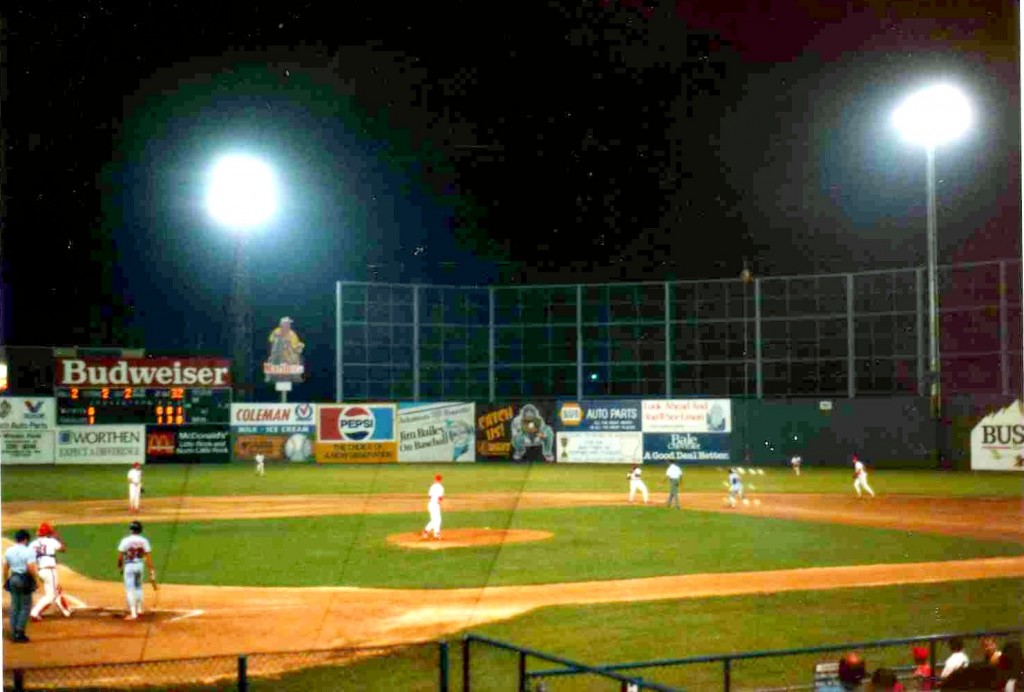 In the panoramic shot, taken in the bottom of the second, Travelers’ #3 Mike Robertson is approaching second base on a double to left. Ray Stephens (#33) is just touching third and Julian Martinez (#8) has just scored.

Later in the game we saw a classic baseball moment. A foul ball hit one of the lights above the third-base grandstands. The shards of glass cascaded in slow-motion down onto the roof, then bounced down to the ground, glowing the entire time in the light from the other bulbs. The Travelers won 4-3. Two guys played for the Travelers who would make it to the Cardinals — Bernard Gilkey and Ray Lankford. 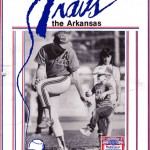 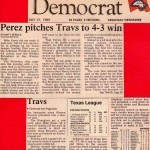