This was one of the highlights of the vacation in Atlanta. A Cyclorama is a long painting that covers the walls of a circular room, giving a 360-degree perspective. I’d read about this one somewhere and wanted to check it out. I’m glad I did. 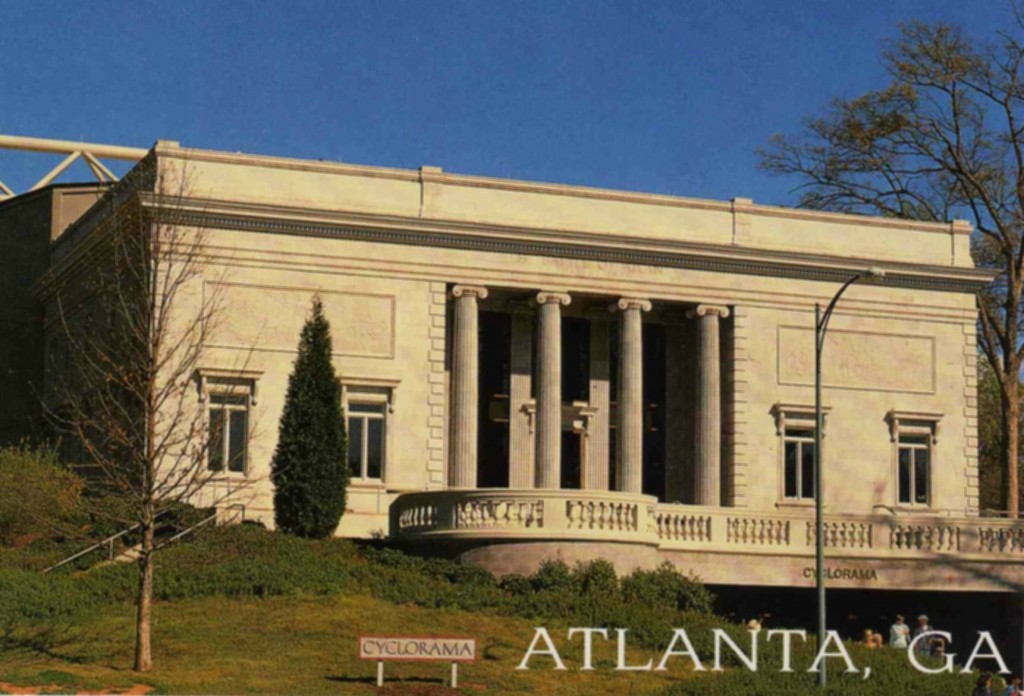 I arrived just as the next show was beginning. I was ushered into a theater just after a film started. I couldn’t see a thing, but I could tell the room was crowded. I had three choices — stand in the doorway, sit on somebody’s lap or stumble down to the front row. I chose option three. The film was on Sherman’s March leading up to the Battle of Atlanta. It was being shown on a wide screen, and I was so close I couldn’t watch the entire thing at once. And it was loud.

We were led from that theater to the Cyclorama itself. We came up through the floor into a circular seating area in the center of the round room. The painting covered the entire wall. The space between the wall and the seats was filled with figures of soldiers, cannons and terrain features that complimented the painting. It was done so well that it was difficult to tell where the painting stopped and the diorama started. 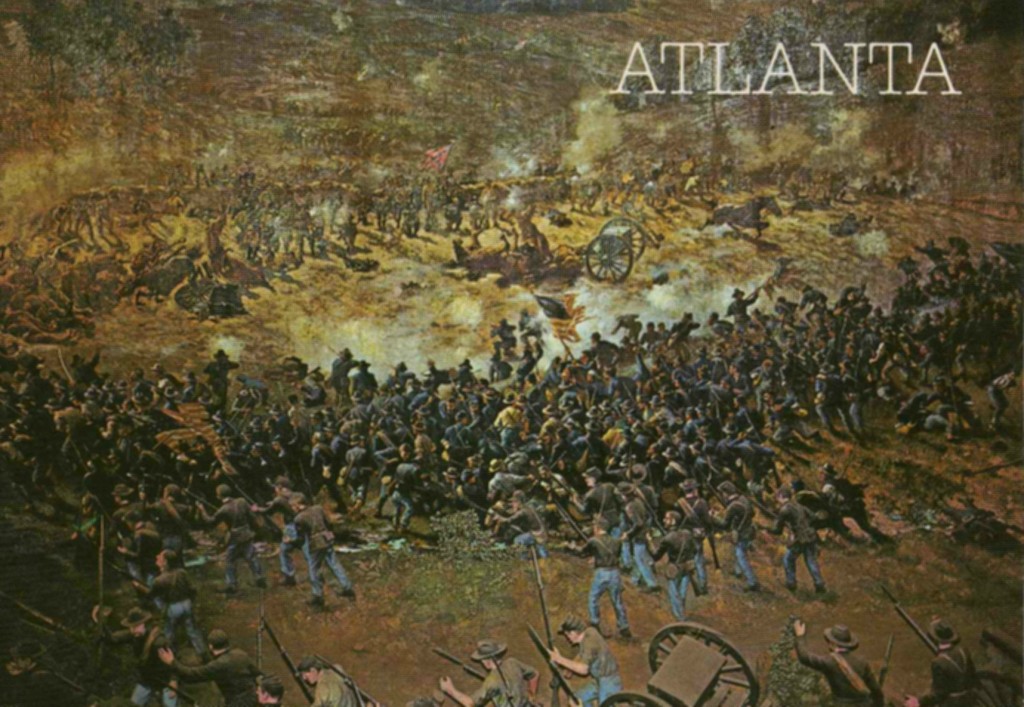 When the show began, our seats began revolving slowly while a taped narration explained the battle and pointed out significant action and people from the battle.

I got lucky. It just so happened that there wasn’t another tour scheduled after ours so a curator from the museum took us around a second time. She explained the history of the painting itself and pointed out interesting features. She showed us the only woman in the painting — a tiny red dot in the distance that represents a real lady who worked as a nurse in the battle. She showed us a mannequin in the foreground that was painted to resemble Clark Gable. I ate up every second of it. 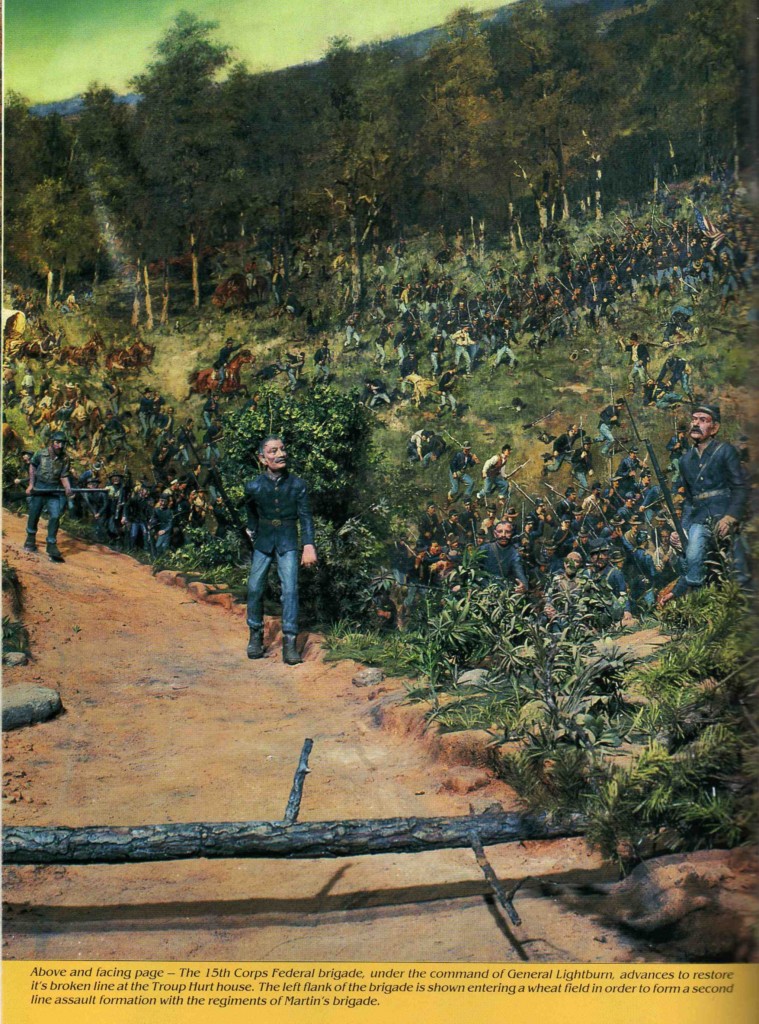 This entry was posted in Art, Battlefields. Bookmark the permalink.