After touring the Civil War fort at Fort Pulaski National Monument, we wandered down a trail to the north pier. On the way we passed by Battery Hambright, a small fortification built to protect the Savannah River during the Spanish-American War. At the end of the pier, we sat on a shady bench and enjoyed a nice breeze off the ocean.

The next morning I went birding on the beach. A thunderstorm rumbled through. As I was waiting for it to stop, I drove back to Fort Pulaski. When it slowed to a drizzle, I walked back toward the river looking for birds. It started raining hard again, so I took shelter in one of the rooms under the bunker. It was an odd experience, being alone in the old cement fort in a thunderstorm with nobody else around. The rain seemed to be letting up, so I left. It began raining yet again, so I gave up and went back to the motel. 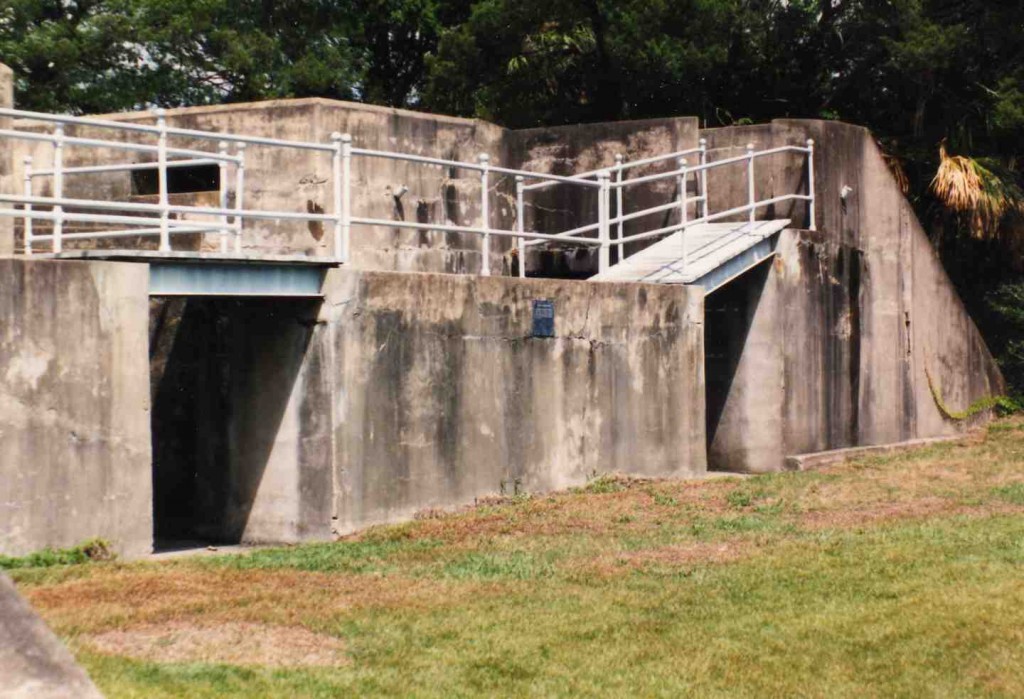