We stayed the night in Corinth, Mississippi. There was a small park nearby with some remains of Civil War entrenchments, so we drove over to see what there was to see.

This next photo is a postcard. 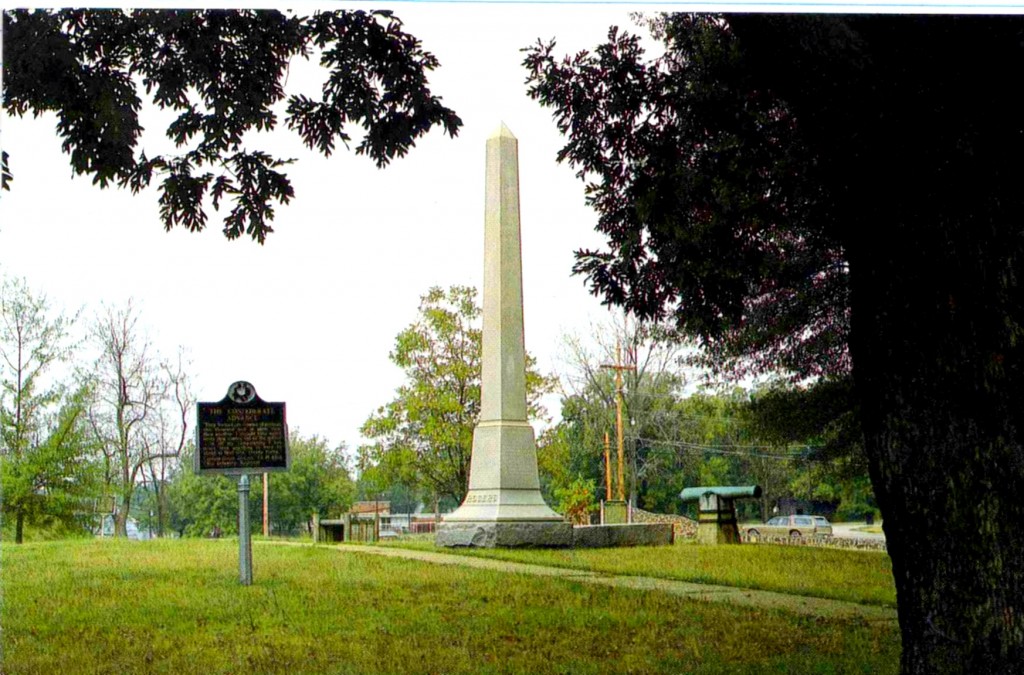 The back of the postcard says: An attempt by the Confederates led by Col. William P. Rogers to retake Corinth took place at this site following the battle of Shiloh. Col. Rogers died after placing his regimental flag on the works. The Confederate Monument on the lawn of the Alcorn County Courthouse is dedicated to the bravery of this man.