I heard about the White-winged Crossbills on the Audubon hot line and decided to stop.  It was a cold, windy day with seven inches or so of snow.  In places, the wind had piled up drifts of two feet or more.

I was the only person at Volo Bog. I parked in the lot and waded down the trail around a small pond surrounded by a bog, which in turn was surrounded by a ring of tamaracks.  I wandered for 30 minutes and was beginning to get discouraged.

I stood on the platform overlooking the pond.  I heard a bird calling and spotted a female flying (undulating) while giving a two- or three-syllable “chee-chee” call.  She landed on the tip of a tamarack at the edge of the bog, Soon, another female and a flock of Common Redpolls landed nearby.  After a few minutes, they took off out of sight.

Approximately 20 minutes later, a flock flew calling into the trees. They foraged near the treetops, hanging at all angles while picking at cones.  The Common Redpolls foraged in nearby trees for a while, then took off across the pond.  Immediately afterwards, the Crossbills began calling, and then took off over the woods in the opposite direction, still calling. I waded back to the car and headed up to Racine with cold feet. 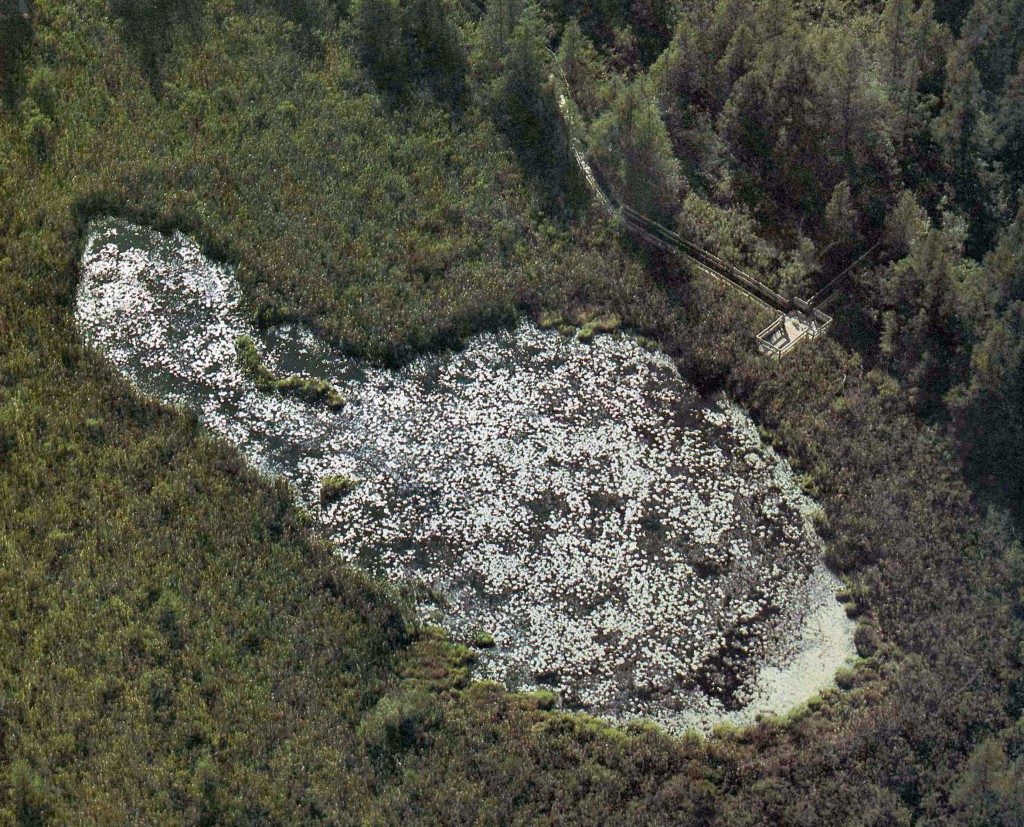