I was walking along the causeway that cuts through the marsh.  I spotted some Canada Geese standing on the roadway about 100 yards ahead of me.  As I was looking at them through my scope, a coyote popped out of the reeds and stood in the road about 50 yards away, between me and the geese. The coyote stood there, looking at me, then looking at the geese for about 15 seconds before disappearing back into the marsh. 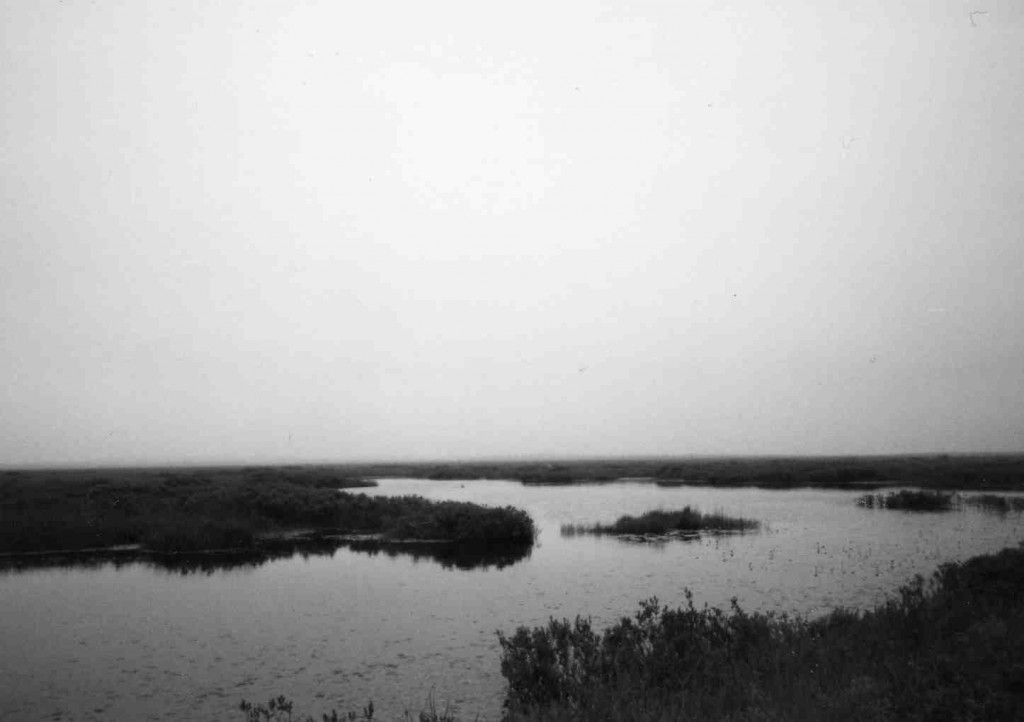 A little further on I heard the weird “onk-a-gonk” of a bittern from the nearby reeds.  I spotted it standing motionless in the thick, two-foot-high grass.  Its bill was pointed straight up, and it occasionally moved its head from side to side.  A short time later, it hunched down and walked through the grass out of my sight.  It reappeared at the edge of a large area of open water.  It resumed its bill-up position and began calling.  It hunched down, stuck its neck out forward, and swelled up its body as it called.