On Monday morning, I drove to Powell Marsh. It was a cool, windy day, and there wasn’t much to see. I was in the center of the marsh looking at a feeding flock of Canada Geese when I spotted a small, dark falcon flying in a straight line about 15 feet off the ground.  It flew behind a large sand hill and didn’t reappear. 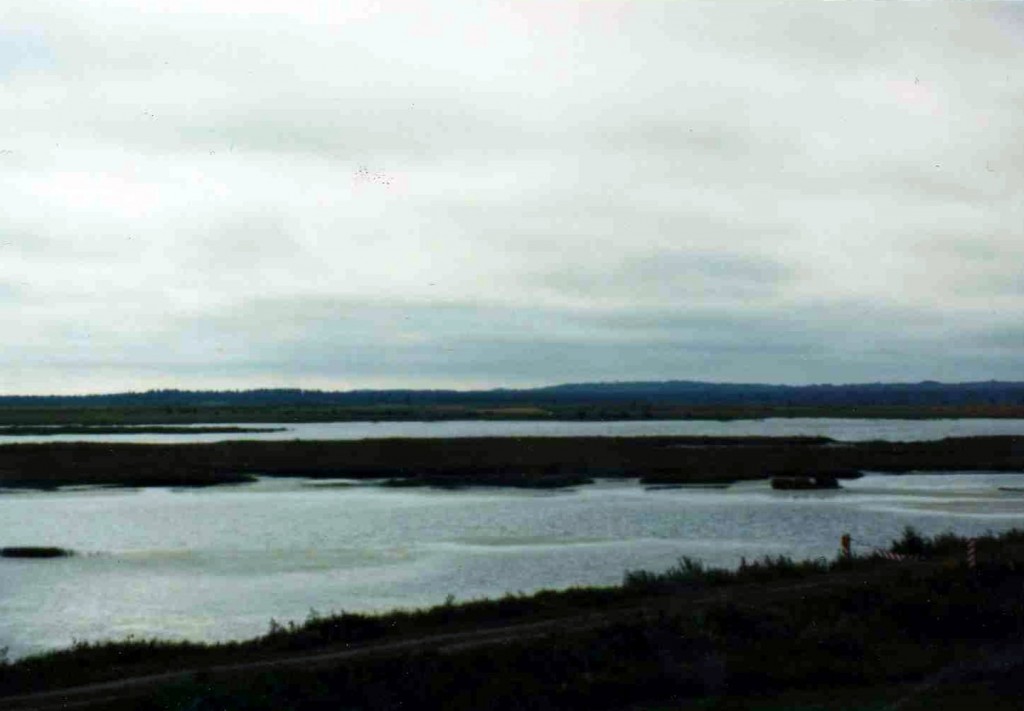 A few minutes later I spotted it again, flying low over the marsh.  Its long tail and pointed wings clearly marked it as a falcon.  It continued flying in a low line for about 300 yards then landed on a branch about 15 feet off the ground in the only tree in the entire area ( a dead pine, I think).

I walked back toward my car.  When the road passed within 100 yards of the tree, I cut across the field toward it, stopping every few yards to look.  I got within 50 yards and then reached a wet part of the marsh.  I set up my scope, kneeled in the mud, and watched.

The bird was facing me, preening its wing feathers once in a while, and looking around.  It was dark brown, with a heavily streaked breast.  It lacked a strong facial pattern, but had an eyebrow stripe.  On two or three occasions, it flapped to another branch in the tree, giving me a good view of its narrowly-banded brown and buff tail with a white terminal band.  Not long after I kneeled, I pulled out my Peterson’s to review the field marks.  When I looked up, the Merlin had disappeared.