Chautauqua National Wildlife Refuge is known worldwide for its migrating shorebirds. Two friends and I made plans to go down together. We got to the refuge at 10:00. Platforms near the headquarters look out over the lake. The water level is kept low. Shorebirds were everywhere, but we were too far away to identify most of them.

We drove north through the pathetic town of Buzzville to the Eagle Bluff Access Area. There was a parking lot and a levy that extended all the way across the lake. To the south, there was hundreds of acres of mudflat with thousands of shorebirds everywhere. We identified Killdeer, Semipalmated Plover, Pectoral Sandpiper, and Lesser Yellowlegs. Another birder was there when we arrived. He was looking through his scope and called to us that he’d found a Marbled Godwit. We took turns looking through his scope. The godwit was huge, every bit as long as the Ring-billed Gulls and Blue-winged Teals that were feeding nearby and a lot taller. It was wading in a very shallow pool on the flats about 150 yards away. At that distance, I couldn’t see a lot of detail. Its huge, up-curving bill was obvious, but I couldn’t see the color. The body was light buffy-brown with darker markings on the back. I didn’t want to be rude, so I didn’t look long through the other scope. I found the bird in mine, but the view was worse. 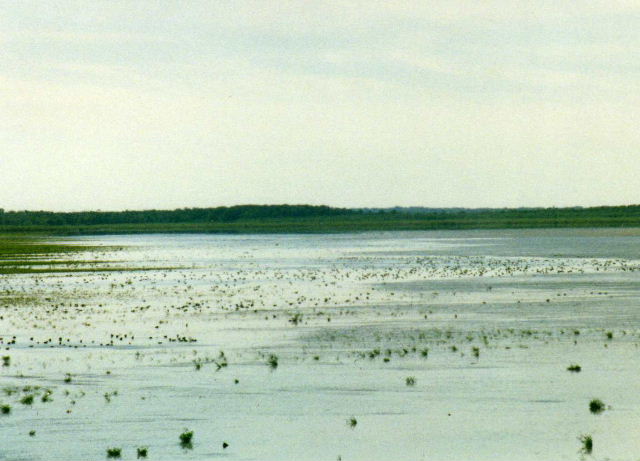 We wandered up the levy, hoping to find the godwit again later with a better sun angle or closer viewing point. During the 45 minutes until we returned to the spot, I debated whether to count it. The only other bird it could have been was a Hudsonian Godwit, which has a white rump and white flashes on its wings. I hadn’t seen any white, but is the lack of a field mark a field mark? 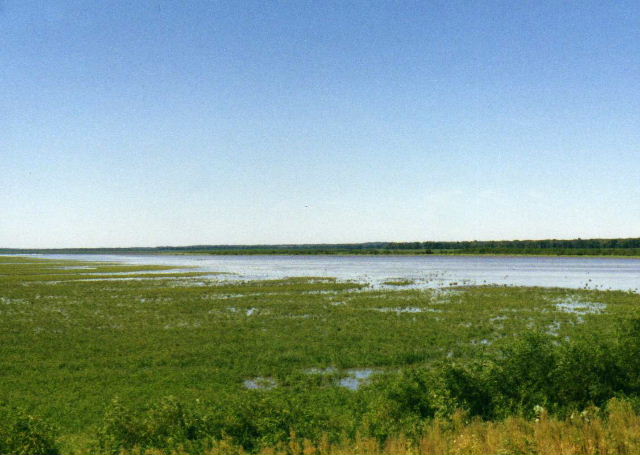 I found the bird again. It had moved to the mud along a stretch of shallow open water. The light was a bit better, but it was further away. We drove a short way south along the shore to a turnaround almost directly across the channel from the godwit. Here we were within 100 yards. I could see the bird a lot better, although we were still too far away to see many details. It was wandering methodically along the edge of the open water, probing with its bill into the mud. Occasionally, the entire bill would disappear under the surface. I still hadn’t seen any white, but I wanted to see that there was no white, if you get my drift. Then it cooperated. It was facing away from me when it gave a little bound of about six feet. It opened its wings as it did this, and held them momentarily above its back as it landed. There was no white on the rump. The wing was long and light brown like the rest of the plumage with a dark brown square area on the leading edge near the bend of the wing. That clinched it. We packed up and went elsewhere to look for a place where we could get closer to the shorebirds. We never found one. We spent another five hours birding in the area, then drove back. I got home at 11:00 p.m., happy, but frustrated. Never before have I seen so many birds that I was unable to identify.