After seeing the Williamson’s Sapsuckers, I continued on the Boulder Creek Trail. It wound through a pine woods and up and over a ridge to a large meadow down which Boulder Creek ran. In the woods on the ridge, I stopped to watch a flock of Steller’s Jays. Off to my left, I heard a chickadee whistling. I waited for it to come closer. After a few minutes, I heard it giving its chickadee call. It didn’t seem to be moving very fast.

I decided to leave the trail. I walked through the grove about 40 yards. I soon saw it as it flew to a leafless aspen then to a nearby pine. It perched on a branch looking around, then jumped on a needle cluster for a moment before flitting off through the woods. Later I saw a second one in the woods along a frozen creek. 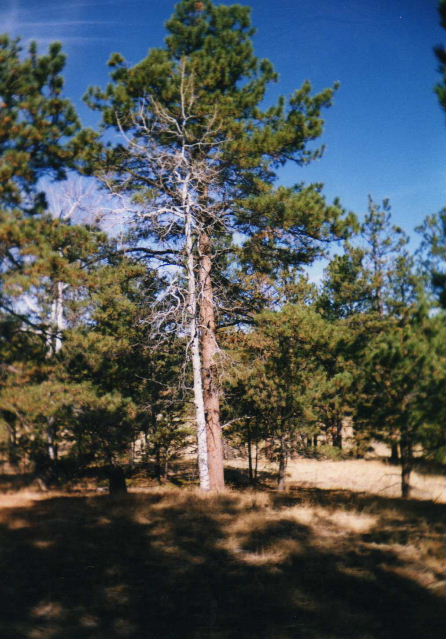 It sounded and looked much like a Black-capped Chickadee. It was grayer, with less white in the wings and no rufous on the flanks. Its black cap was split by a bold white line above the eye. The first one was rather scruffy looking, the second one was clean and sharp.