calidris (from kalidris, a speckled water bird) maritima (of the sea)

Purple Sandpipers are reported from the Waukegan area about every other winter. They’re usually seen for a day or so, then disappear. I’ve long been aware that I needed to make the effort to see one, but I can’t remember that I ever had. But the bird I saw today has been hanging around since before Christmas. For the first week or so, it was usually seen on the breakwaters north of the harbor, but a few days ago it moved to the south side.

The last IBET report said it was seen yesterday on a clump of seaweed, visible through a fence, just south of the southernmost breakwater. I parked near the main channel and walked the half mile to the fence. (I could have driven a lot closer, but I didn’t know that. And beside, I wanted some exercise.) Just south of the fence (which is on the breakwater) there’s 300 yards of beach. 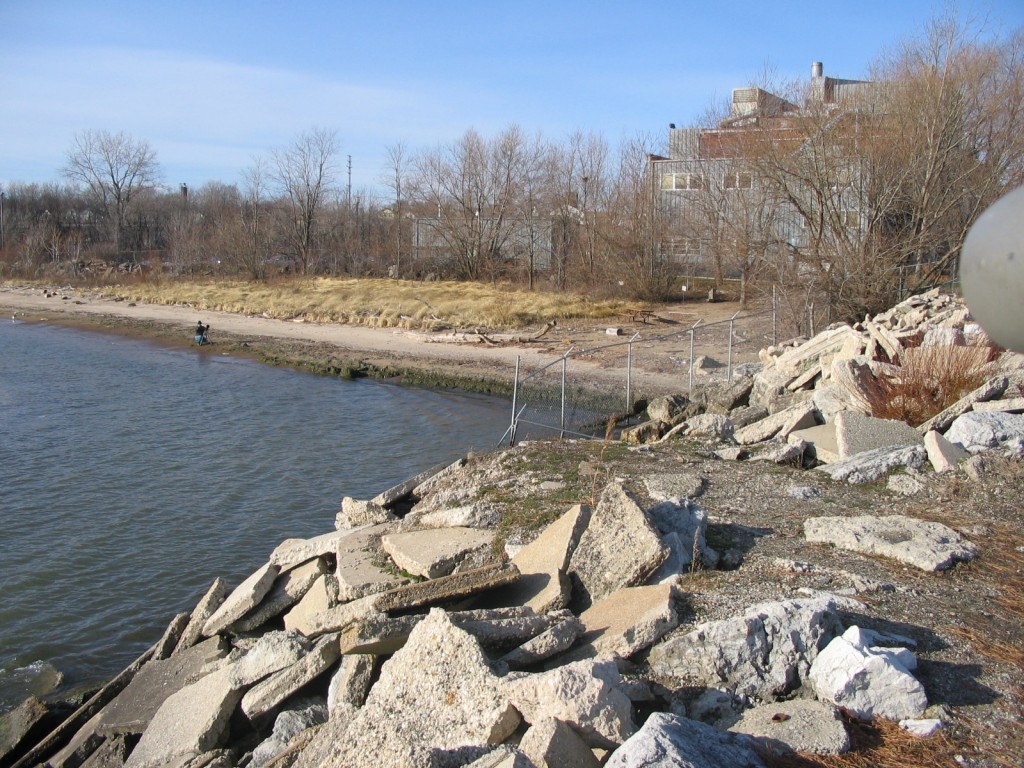 The first thing I saw when I arrived was a guy crouching on the beach pointing a huge camera lens back toward my direction. I looked down and saw the clump of seaweed below where I stood, perhaps 30 feet away. And then I saw a sandpiper. Could it really be this easy? 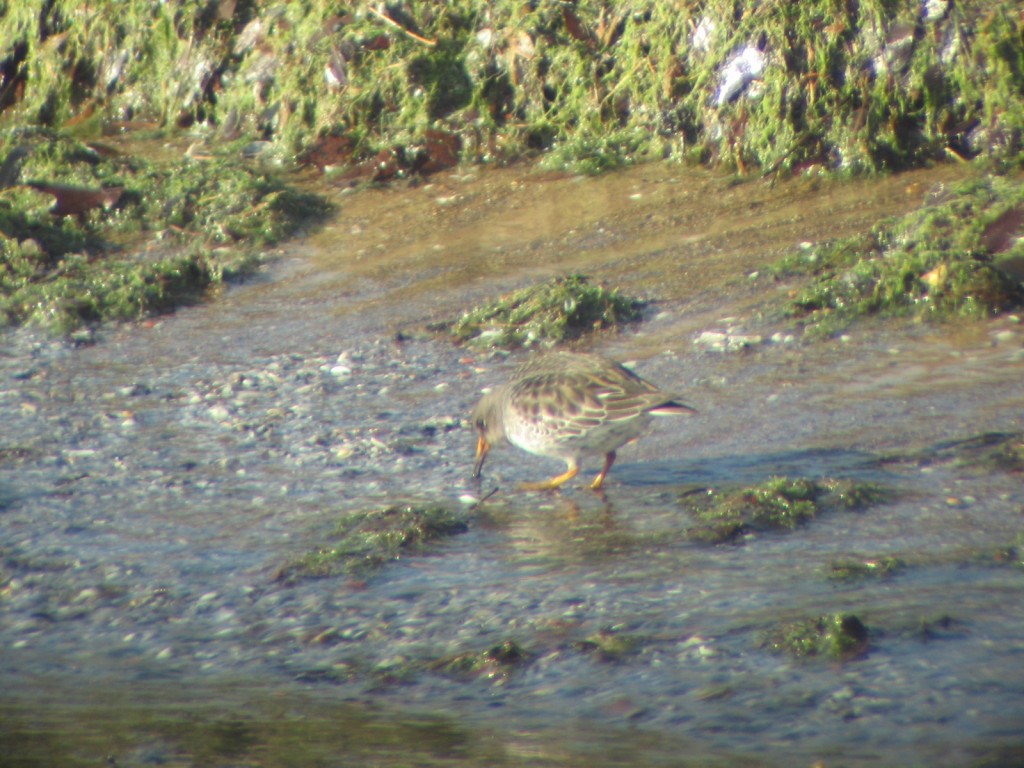 It was. I set up my scope and verified that I was seeing a Purple Sandpiper. I was looking through the fence, so after a minute or so, I walked further out on the breakwater and looked back. Because the other guy was there, the bird was staying close to the fence, so much of the time my view was less-than-ideal. I took some shots through my scope and watched it forage.

It seemed to be most interested in a patch of small rocks or shells that were between the seaweed and the water. The patch was exposed about half the time. When a larger-than-normal wave would come in, the bird would either scramble up on the seaweed, or just let the water shove it up against the edge. It definitely looked to me like it was floating a couple of the times this happened. And that’s about it. For the 20 minutes I watched, it just walked back and forth along the shore, either on the seaweed looking for a chance to clamber down, or down on the sand and patch of shells.

After perhaps 10 minutes, the guy left and the bird began walking further south along the shore, but never leaving the seaweed patch (which was probably 40 feet long). I walked back toward the shore and took some more looks and more photos (this time with just the camera) when it got down far enough so the fence wasn’t blocking my view. One time, it sorta ruffled the feathers on its back, but that’s the only behavior I saw other than what I’ve described above. 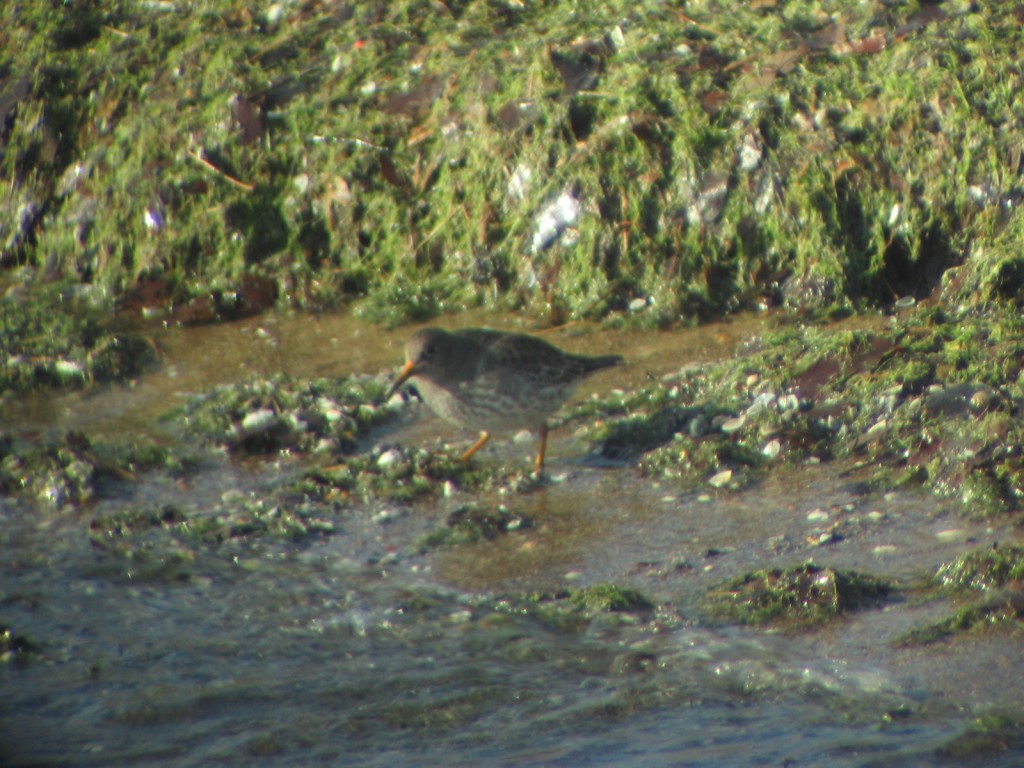