I was in Oregon for a convention. My sister and I flew out a day early to do some sightseeing. We arrived in Portland around 1:30, rented a car, and headed east immediately. After a brief stop at Multhomah Falls, we headed to Eagle Creek. We walked about a mile west along the trail on the hillside above the creek until we reached a spot overlooking the Columbia River. We hadn’t seen many birds on the walk out, but when we turned around and headed back, we began seeing many. 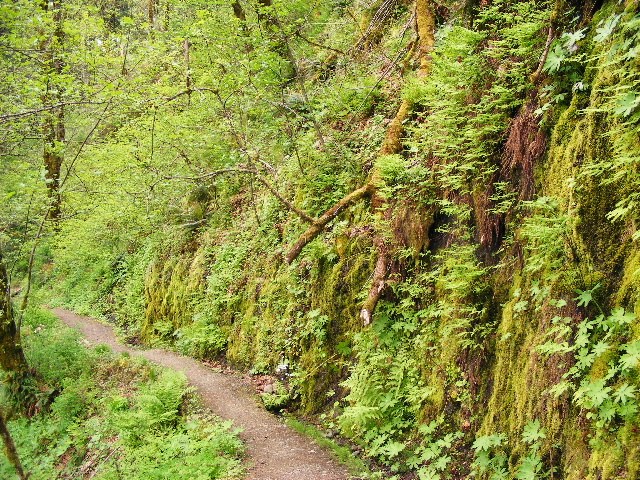 A constant high-pitch buzzing drew my attention, and I spotted a hummingbird doing its courtship flight, up and down the hillside in a series of swoops. It was difficult to spot against the dark foliage on a cloudy day, but I finally located it hovering in mid-air about 30 feet away.

As we walked along, we heard the buzzing often but only occasionally got a very brief glimpse. An hour and a half later and 15 or so miles further east, I got a great look at a male perched in a bush in the parking lot at Viento State Park. 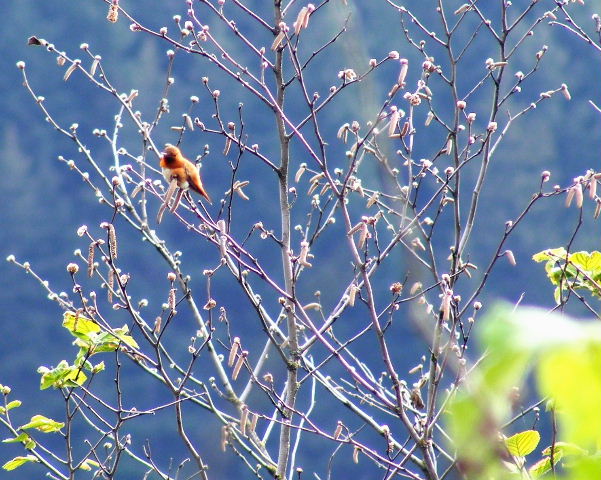