piranga (South American name for a bird, perhaps from a city in Brazil) ludoviciana (of Louisiana)

Moments after I saw the Rufous Hummingbird, I spotted another bird high in the trees along Eagle Creek. High in the trees meant just above eye-level because the slope was steep. It stumped me at first. It was yellowish on the head and tail with pale wing bars and belly. After a bit of study, I figured it was a tanager, and a quick look in my field guide convinced me it was a pale female Western Tanager. The male is one of the more outrageously-colored North American birds, so seeing a pale female was a bit of an anticlimax. Here’s where I saw it: 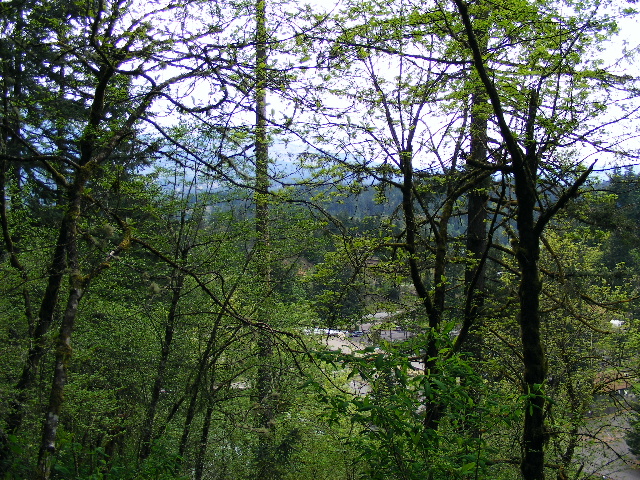 My identification was proven correct when I spotted it, or another one just like it, in the trees along the creek in company with a male. They were high up across the creek, but I managed to get this photo of the male: 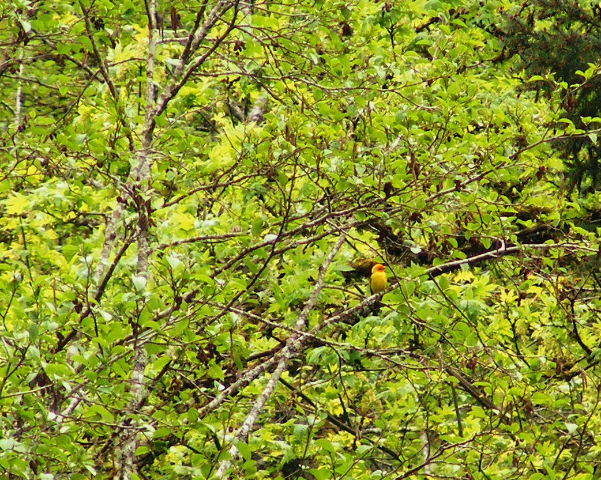 Three days later, I got a better view at Lewis & Clark State Park just outside Portland. 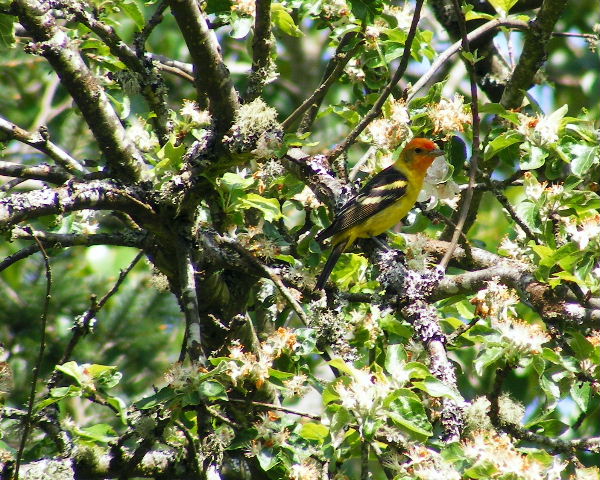