We drove through the town of Hood River and up into the apple-growing region in the foothills beneath Mount Hood. We stopped for 20 minutes or so at Tucker County Park on the Hood River. The park consisted of a campground, a small picnic area, and a short path along the river. 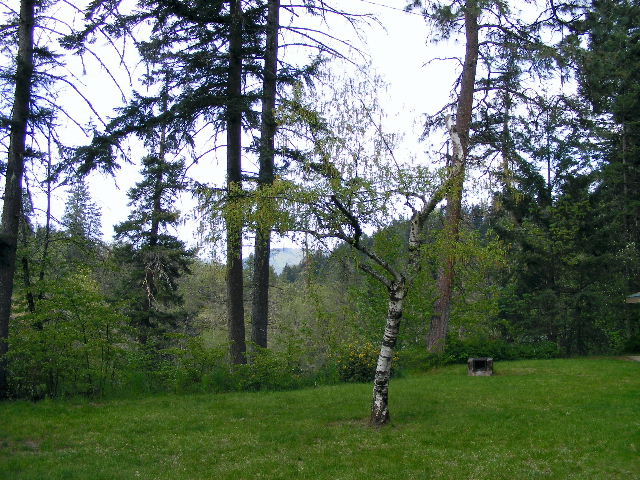 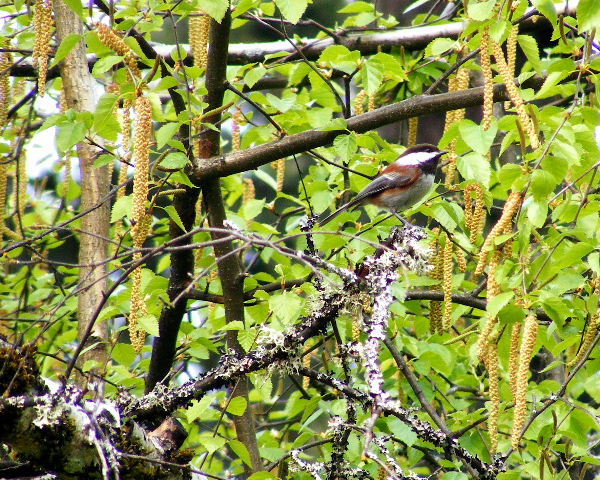 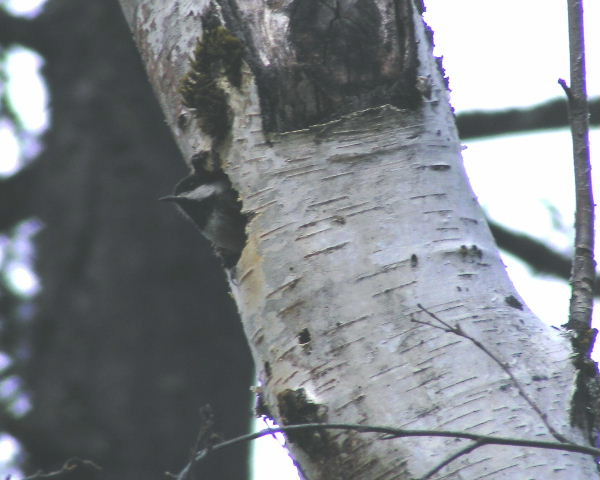 Two photos of the Hood River as it runs past the park. We saw an American Dipper flying up and down the river while we were there. 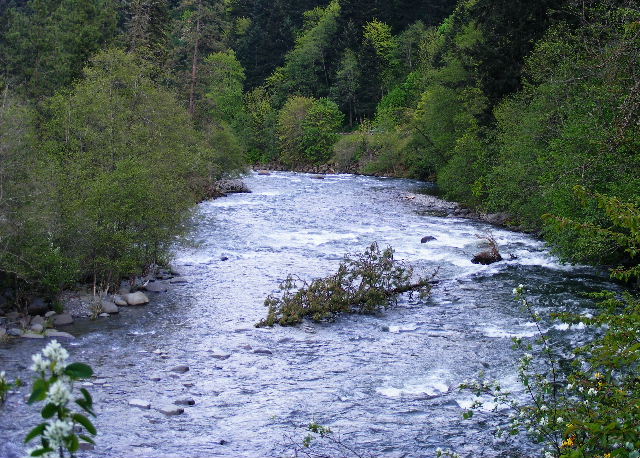 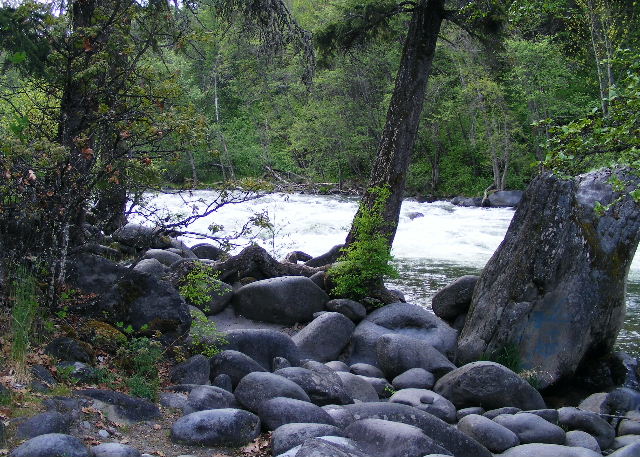