This was cool. So far, my lifers had been simply species that I had never seen before. Now I was seeing an entirely different type of bird. The alcids are seabirds — Murres, Guillemots, Auklets, Puffins and a variety of others — and I’d never seen any of them even though some of them are widely thought to be the most numerous species on earth. There’s very little sea around Illinois.

As we walked north up the beach toward Haystack Rock and The Needles, I could see a lot of birds flying around. I knew what I was looking for, and soon picked out some Common Murres on top of one of The Needles. 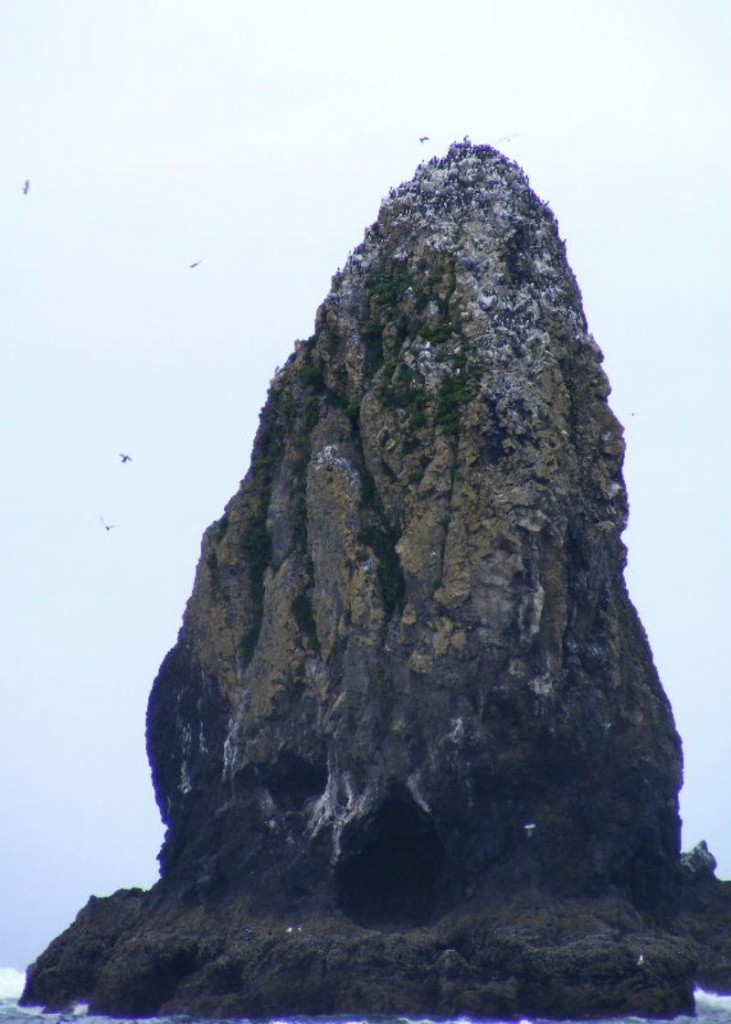 Did I say some? Let’s take a closer look at the top of that rock. (This is a close-up of the same photograph). 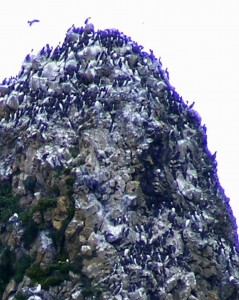 Here’s another shot of the same rock from a slightly different angle. 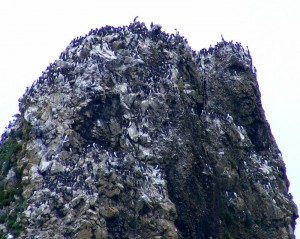 The Murres covered just about every inch of every available surface. Here’s the side of Haystack Rock. 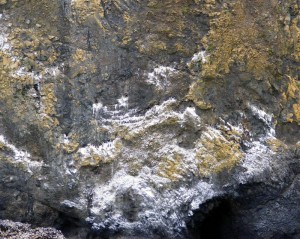 Here’s a close-up of that scene. Murres lay eggs that are fat at one end and narrow at the other so they don’t roll off the narrow ledges. The eggs are laid right on the rock with no nest. The adults stand facing the cliff to keep the eggs protected from the wind. 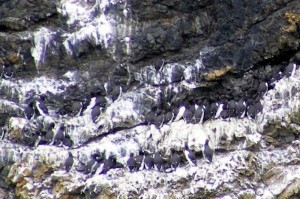 After lunch, we drove a few miles north to Tillamook Head. In this shot looking south, Haystack Rock is visible on the left.

In the photo above, see that black spot on the water that looks like an oil slick? Let’s take a closer look.

You guessed it — Common Murres. Later in the day we saw a rock off Cape Meares that held an even denser colony. Amazing.