haematopus (from haimo, blood, and pous, foot) bachmani (for John Bachman, minister and naturalist who co-authored Quadrupeds of North America with J.J. Audubon)

This one was almost cheating. See that sign on the beach? It has a picture of Black Oystercatchers on it. I was taking this photo when two Black Oystercatchers flew around the corner of one of The Needles and landed on the lower section of rock in the middle back of the photograph. 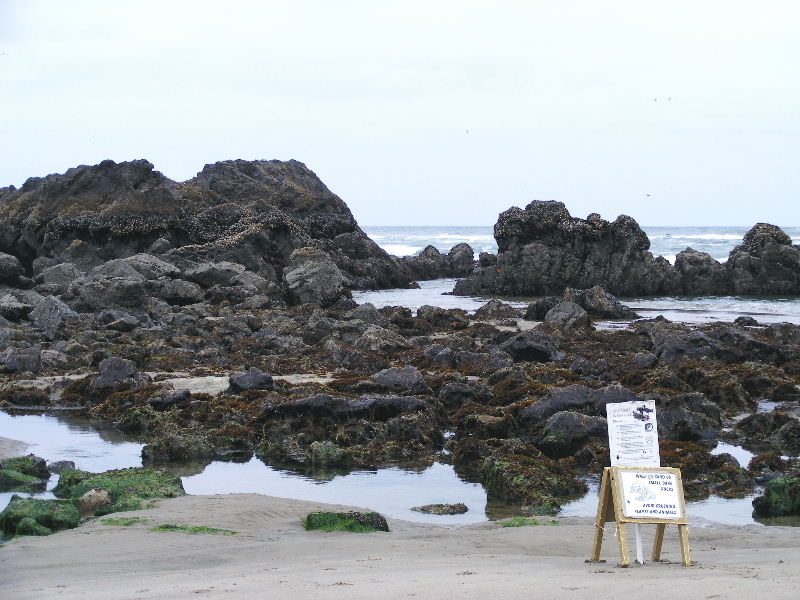 One of them disappeared quickly, but the other one walked about on the rock for a few minutes. I saw a few others during the day, flying here and there around various rocks on the coast. They were big for a sandpiper-like bird, about the size of a small duck, with long pale legs and a huge, thick bright red bill. 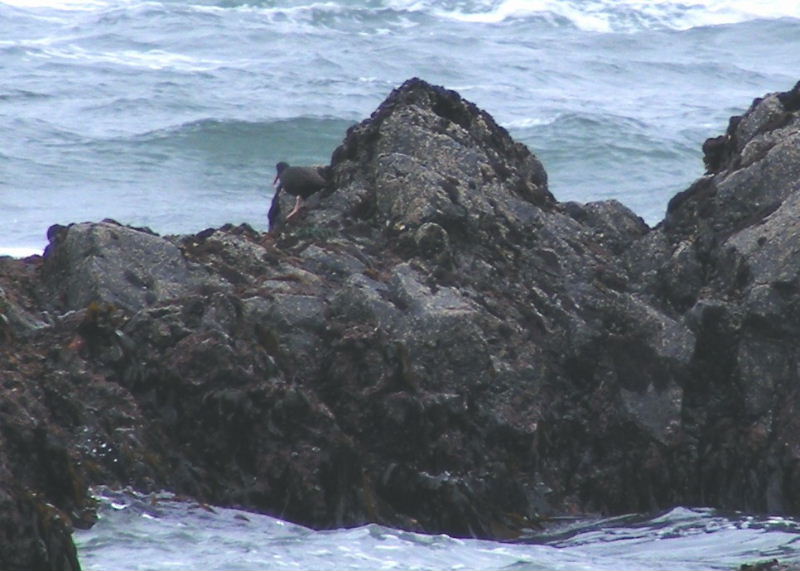