If there was one lifer I really wanted to see on this trip, and there was, it was a Tufted Puffin. And I did see them. Several of them, actually. 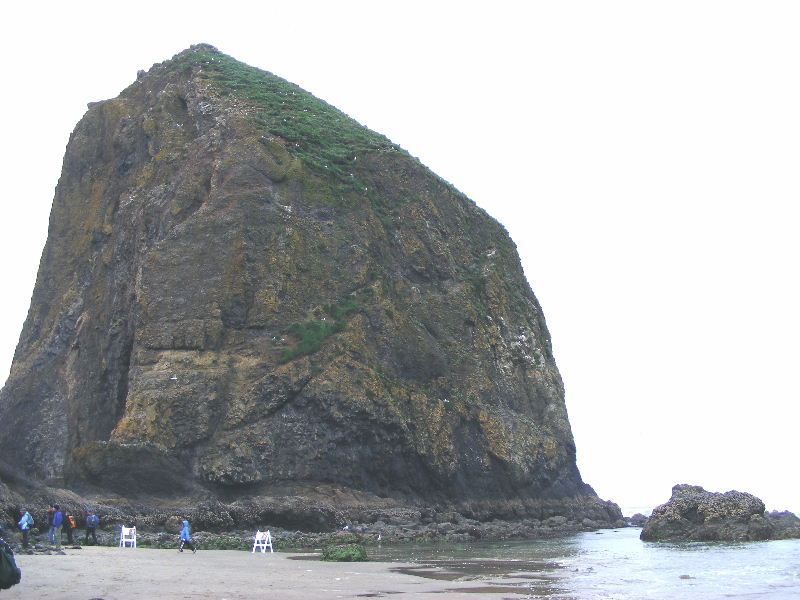 Haystack Rock is one of the few places on the Oregon coast where they can be reliably found. They nest in burrows in the grass on top of rocks, which narrows their options considerably because most of the rocks along the coast don’t have grassy tops. In the photo above, most of the white dots on top of the rock are Western Gulls, but some of the smaller ones are Tufted Puffins. 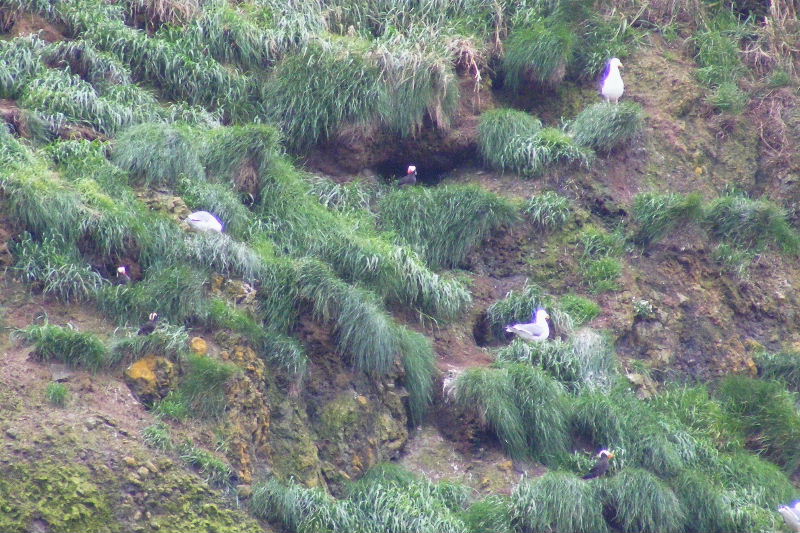 We could see several standing around among the tufts on the north side of Haystack Rock. And, after a while, I could pick them out in the air by their bullet-headed silhouette and their flight style. They are built to swim under water, so their wings are barely large enough to carry them in the air. As a result, they don’t glide — they just flap like mad and go directly to wherever it is they are headed.

My photos didn’t come out well at all. But considering that the Puffins were 235 feet (the height of the rock) above me and I was using a hand-held digital camera on maximum zoom on an overcast, hazy day, I just glad they came out at all. 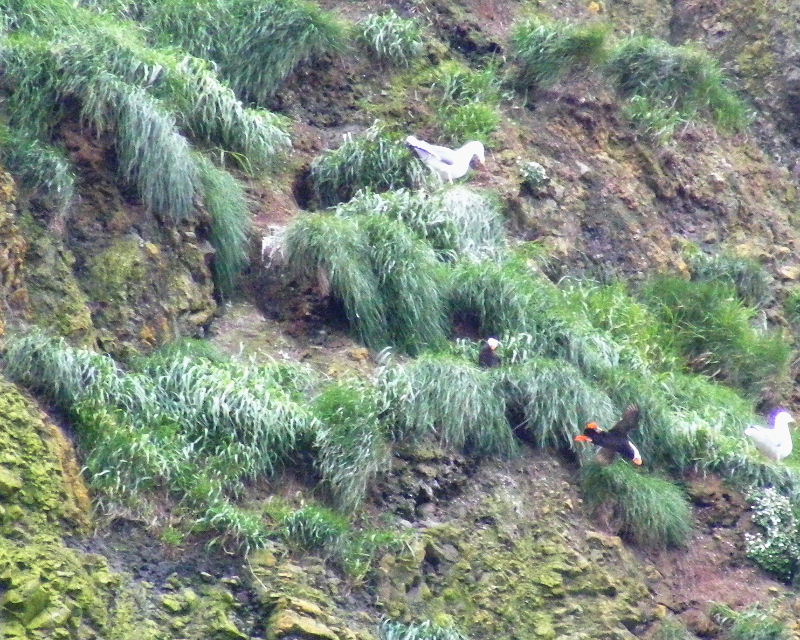 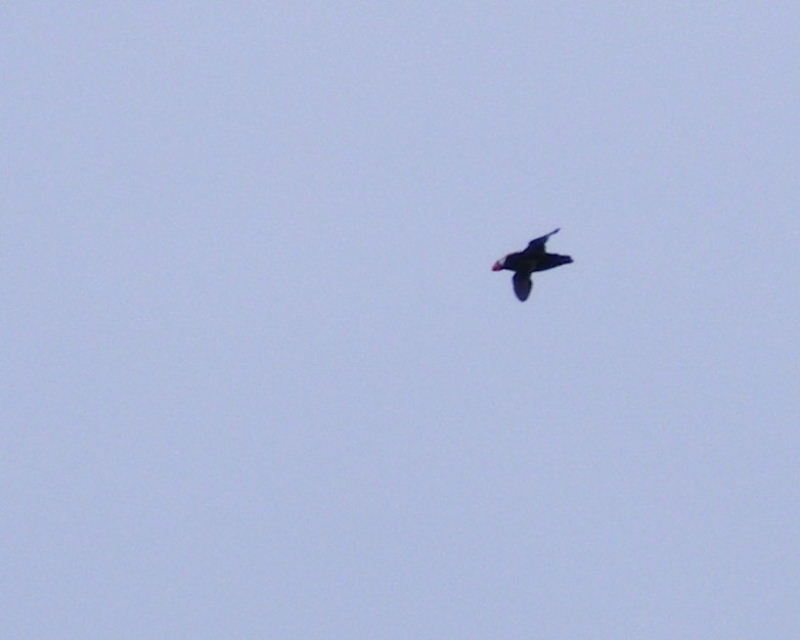