aechmophorus (from aikhme, spear, and phero, bearing) occidentalis (to fall, as the sun in the west, hence, western)

The day was winding down. We’d gotten up early on Tuesday and had a full day. We’d gotten up early again this morning and had another full day. There wasn’t really any other place we wanted to see that was close enough to get to in the time remaining. So we just relaxed on the path overlooking the ocean, gazing through my spotting scope at the Steller’s Sea Lions on Three Arch Rocks and enjoying the scenery. The tour from the lighthouse had left, so we had the place to ourselves. 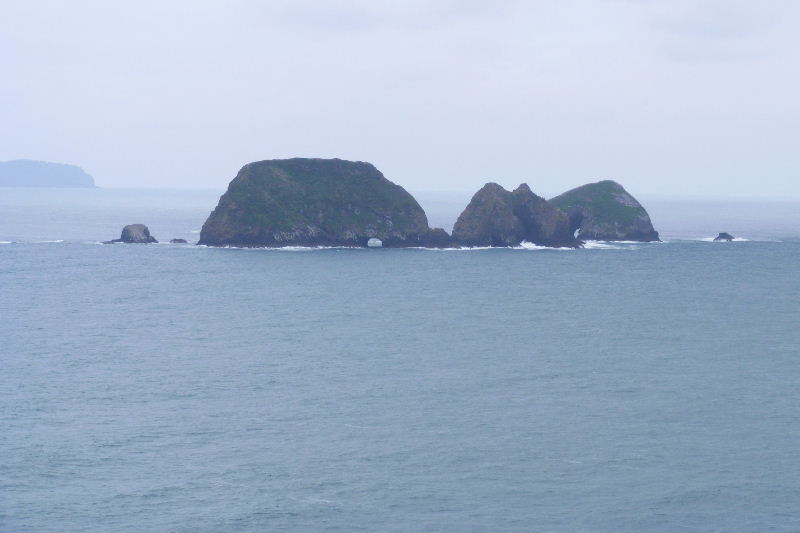 The scene was active. Way down below I could see birds swimming or flying. I spotted a Red-necked Grebe, a bird I’d only seen twice before, and then in the same area, a Western Grebe, a lifer. Here’s my view: 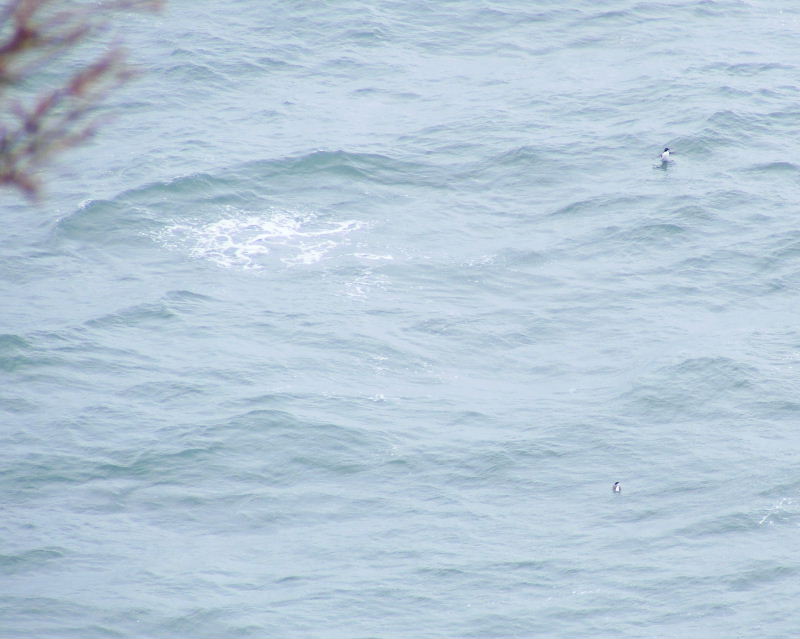 The Western Grebe is the bottom bird. The other one is a Common Murre doing a little dance. I can’t tell you much about what the grebe was doing because I was very shortly distracted by another sight (next post).

But two days later, I discovered 10 or 12 Western Grebes floating in the Columbia River right in front of my hotel. 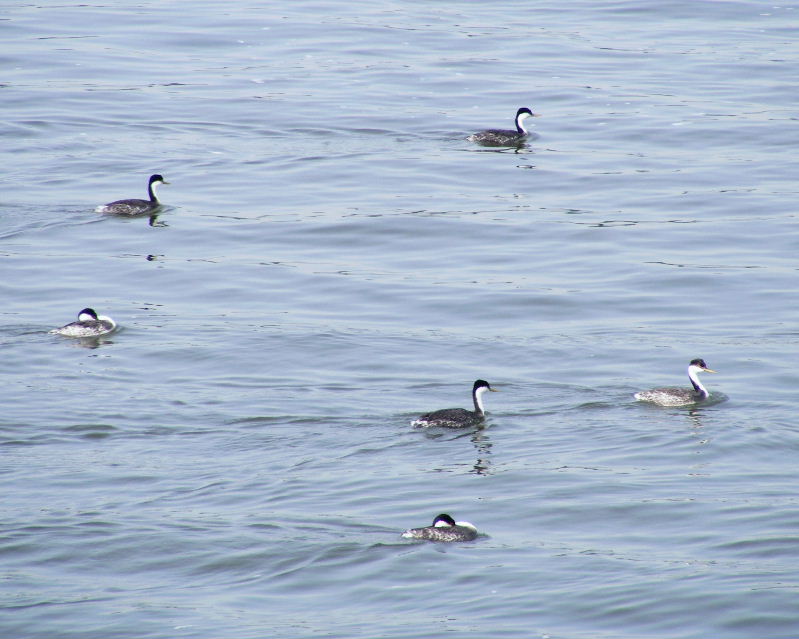 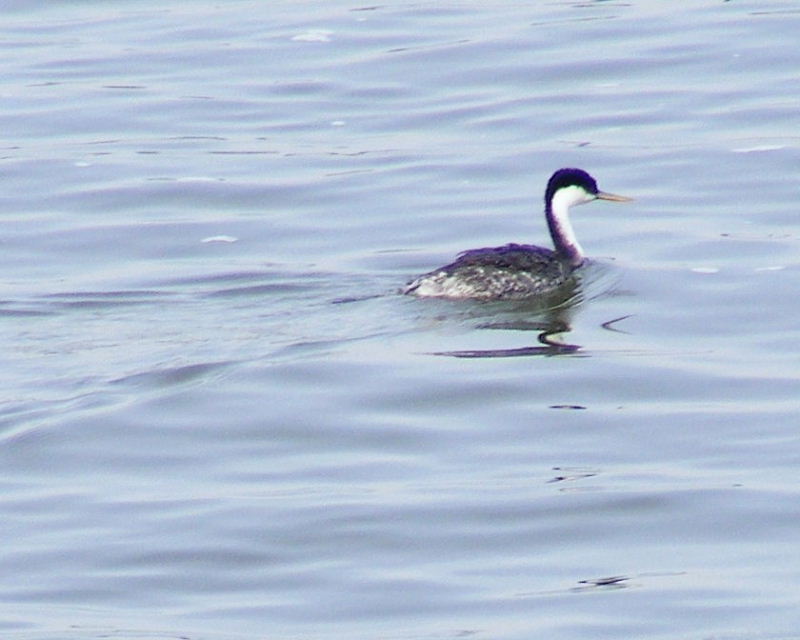