We got up early on Monday and headed southeast for the Gulf coast. Our main objective was Aransas National Wildlife Refuge, but we also wanted to see the ocean.

I knew I had a good chance of seeing a Caracara on this trip, although I figured it would happen on our trip to Johnson City on Sunday. Caracaras are raptors related to falcons. They can occasionally be seen in Florida or Arizona, but south Texas is the only place in the United States where they’re common. They’re carrion eaters, and the field guides say they can often be spotted flying low along roads in search of road kill before the vultures get to it.

We were just north of the small town of Kenedy when I noticed a large bird flying along the road on my side of the car. Something about the way it flew made me think it was something new, and when we caught up to it I could see the white patches on its wings, neck and tail. I slowed down just as it circled around and flew back along the other side of the road, giving Linda a good look. It kept going until it was out of sight, and so did we. A short time later, I saw two more following each other across a field.

Twenty minutes later we were heading down a two-lane road. We came up over a rise and spotted a Caracara fly up off a smashed animal carcass into a nearby tree. I pulled off the road close enough to take photos. It flew back down, and was soon joined by a second one that came from somewhere. 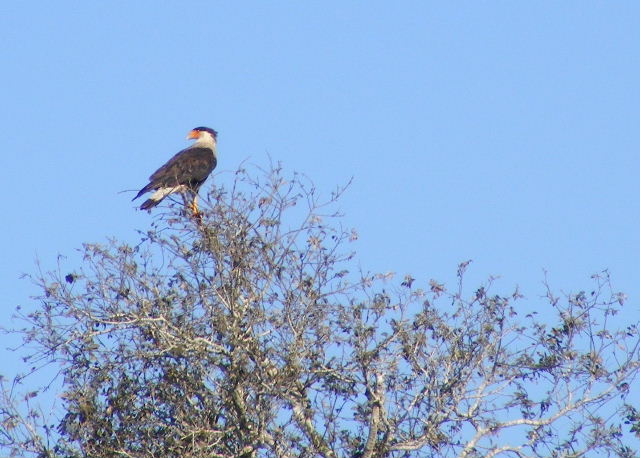 For the next ten minutes we watched. Whenever a car came by, they’d fly up to the trees, but moments later they would be back pulling at the carcass. This led to my favorite photo of the trip. 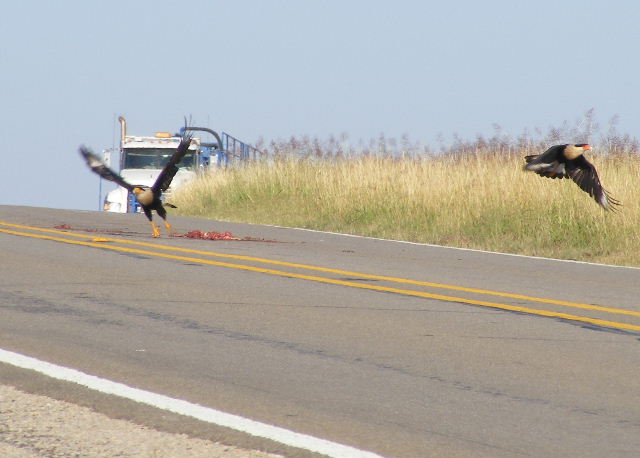 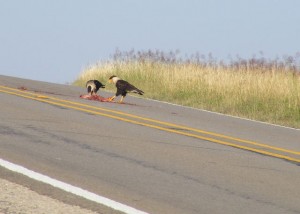 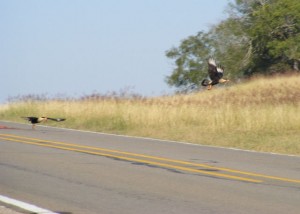 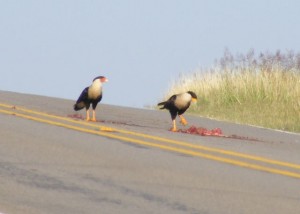 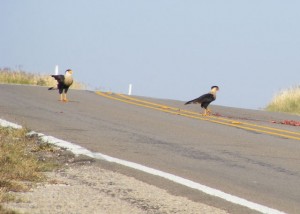 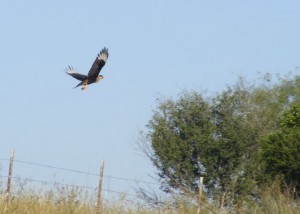 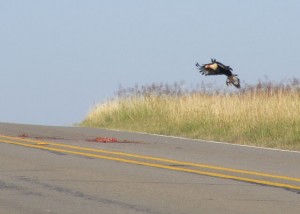 A few minutes after we got going again, we spotted one more sitting on a fence.