This was shaping up to be a pretty good day — two lifers and we hadn’t yet gotten close to our destination. The White-tailed Hawk can only be seen in southeast Texas. It’s a large bird and perhaps the most beautiful hawk I’ve seen. We actually saw it because of a mistake — I missed my turn and we were on a slightly-longer alternate route.

I first spotted two immature White-tailed Hawks sitting in a brush pile along the road. I knew what they were, even though I hadn’t seen one before, because they were darker than immature Red-tails and the white patches were more striking. I pulled over and got this photo. 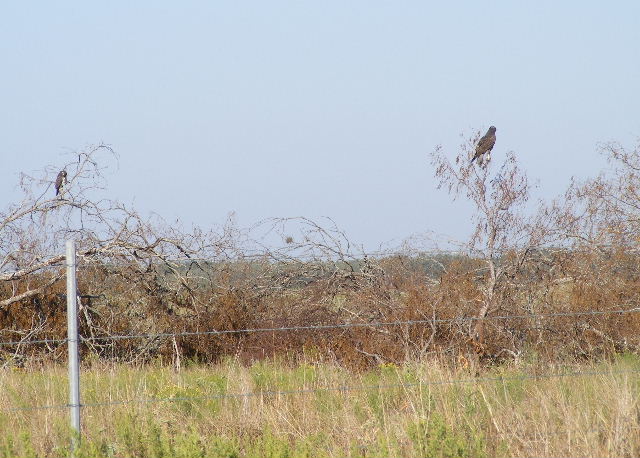 Right after I took this shot, the closer one flew off to a more-distant brush pile. We drove on.

Three minutes later, I spotted an adult on another brush pile. There was no mistaking the pure white chest and belly. It sat and watched me as I got out and took several pictures. When it decided I’d gotten enough, it flew about 50 yards and landed on another pile. 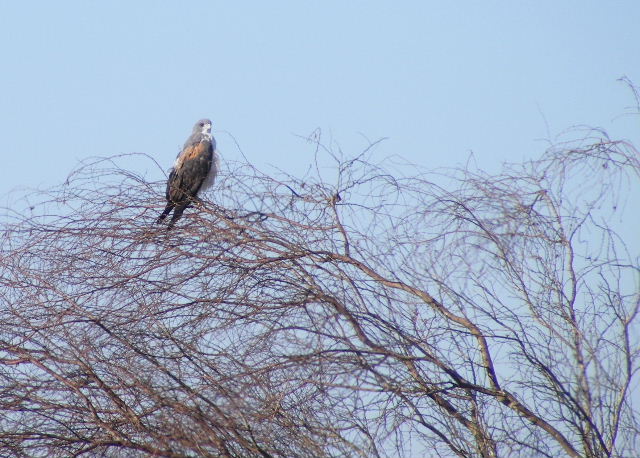 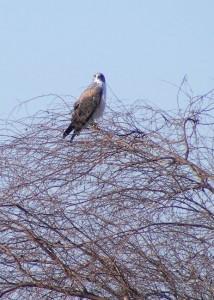 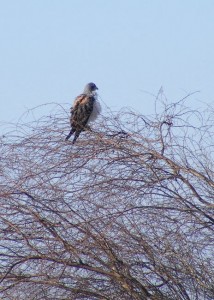 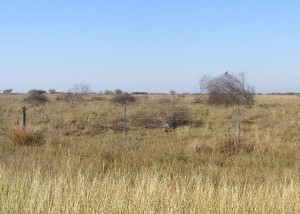 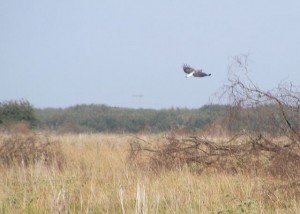 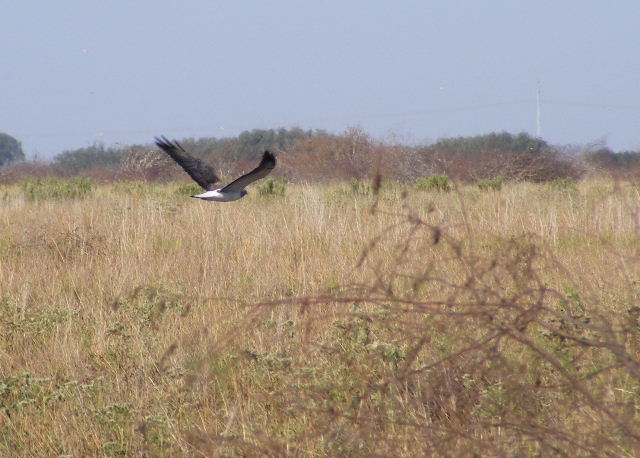