I traveled to San Diego to work at a conference. We arrived late in the morning and spent the afternoon on a three-hour whale watching cruise out of Mission Bay on the Privateer.

On our voyage out into the ocean, I spotted several small birds swimming in the waves. I had my old binoculars, which were worthless in those conditions, so I wasn’t having much luck identifying what I saw. On the way back to shore, I knocked on the captain’s cabin and asked the biologist on the crew about the birds I was seeing. Birds weren’t her specialty, but she knew the common ones and was able to point out several Rhinoceros Auklets as we passed by. I took many photos, none of which came out well but a few of which are good enough for identification purposes. 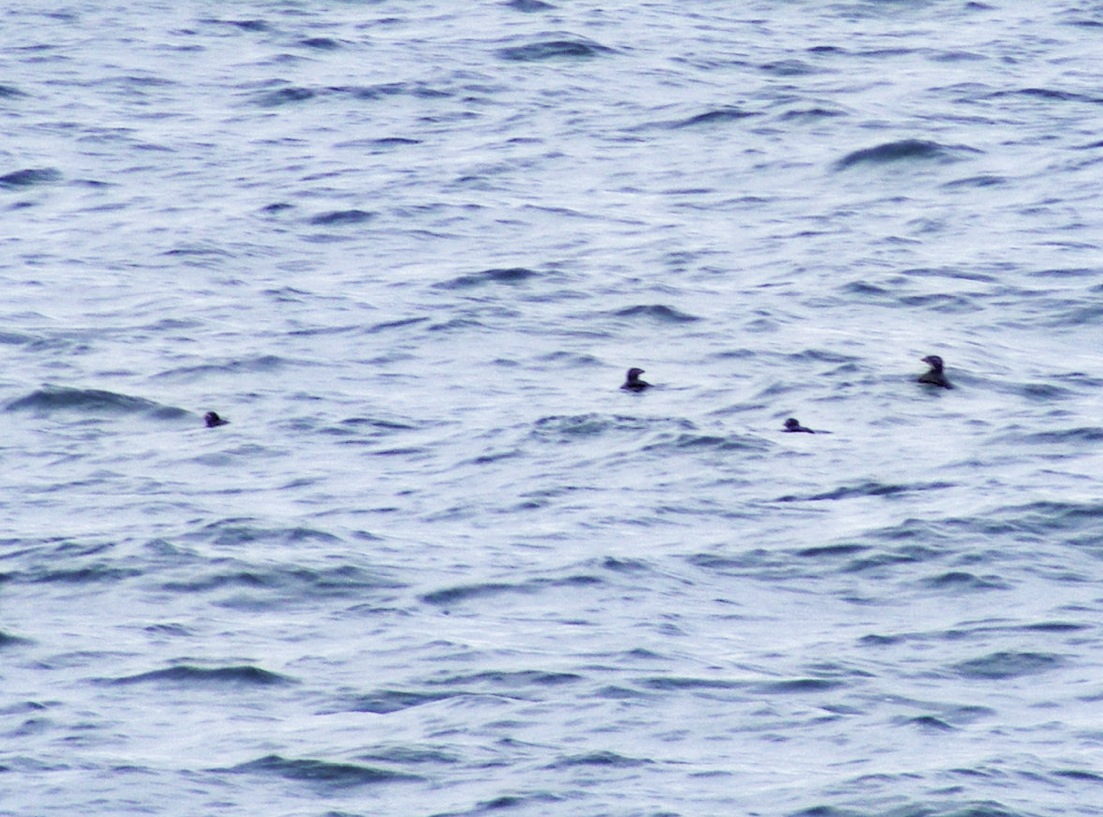 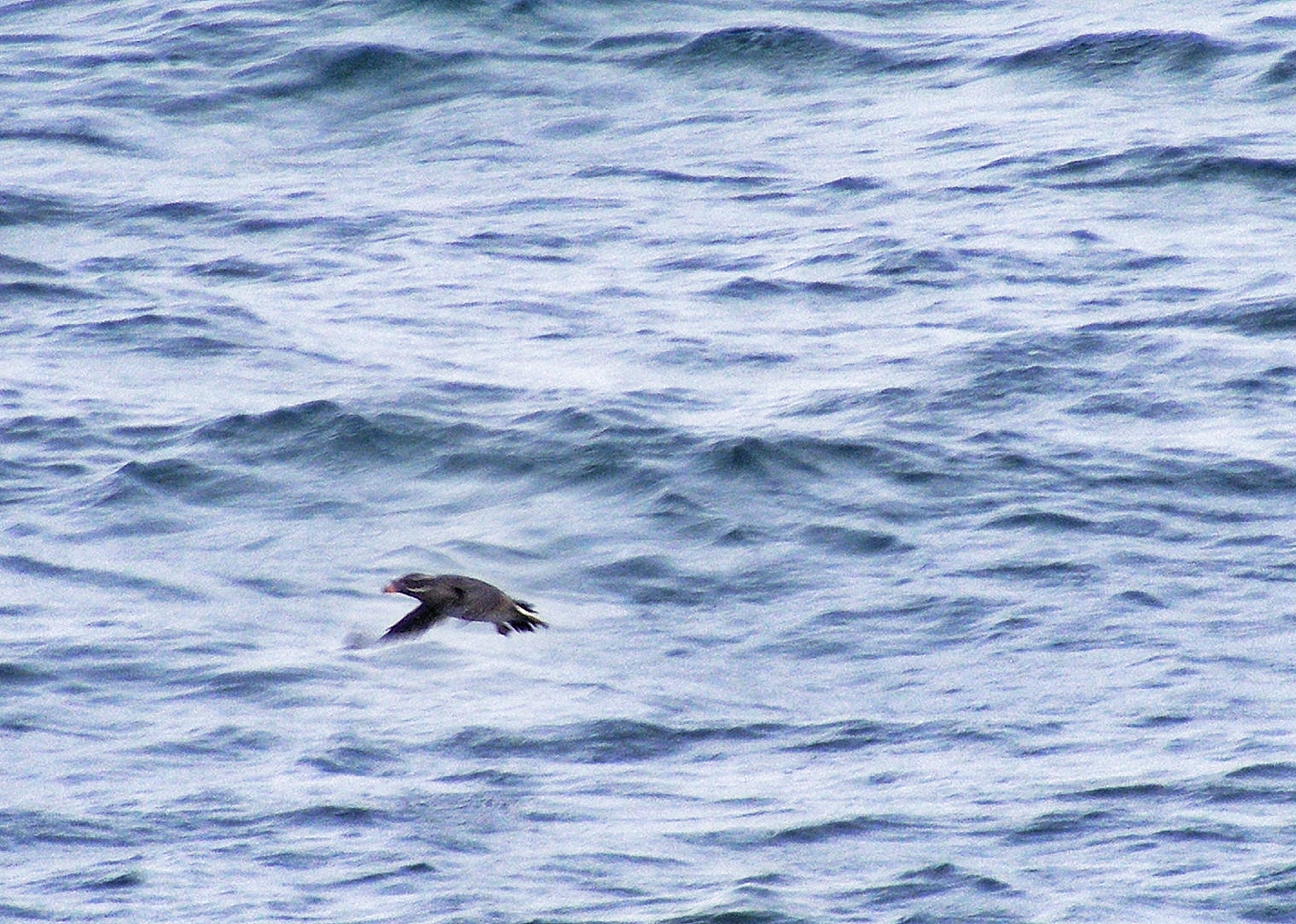 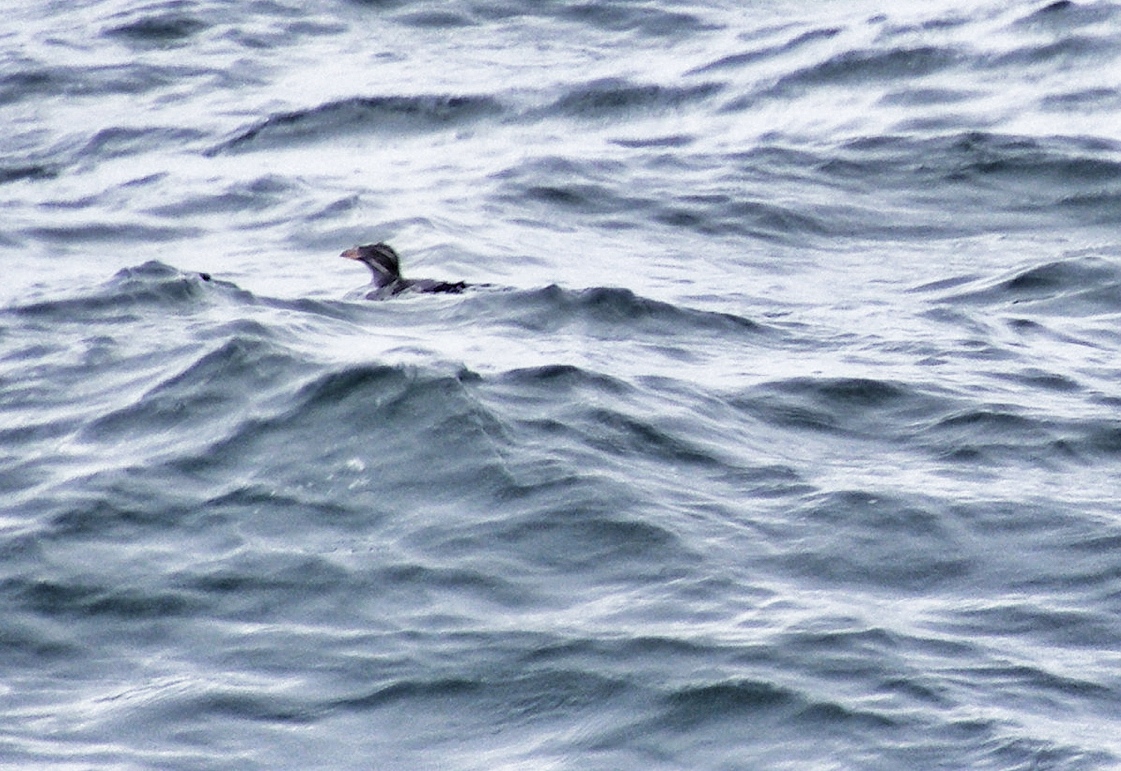 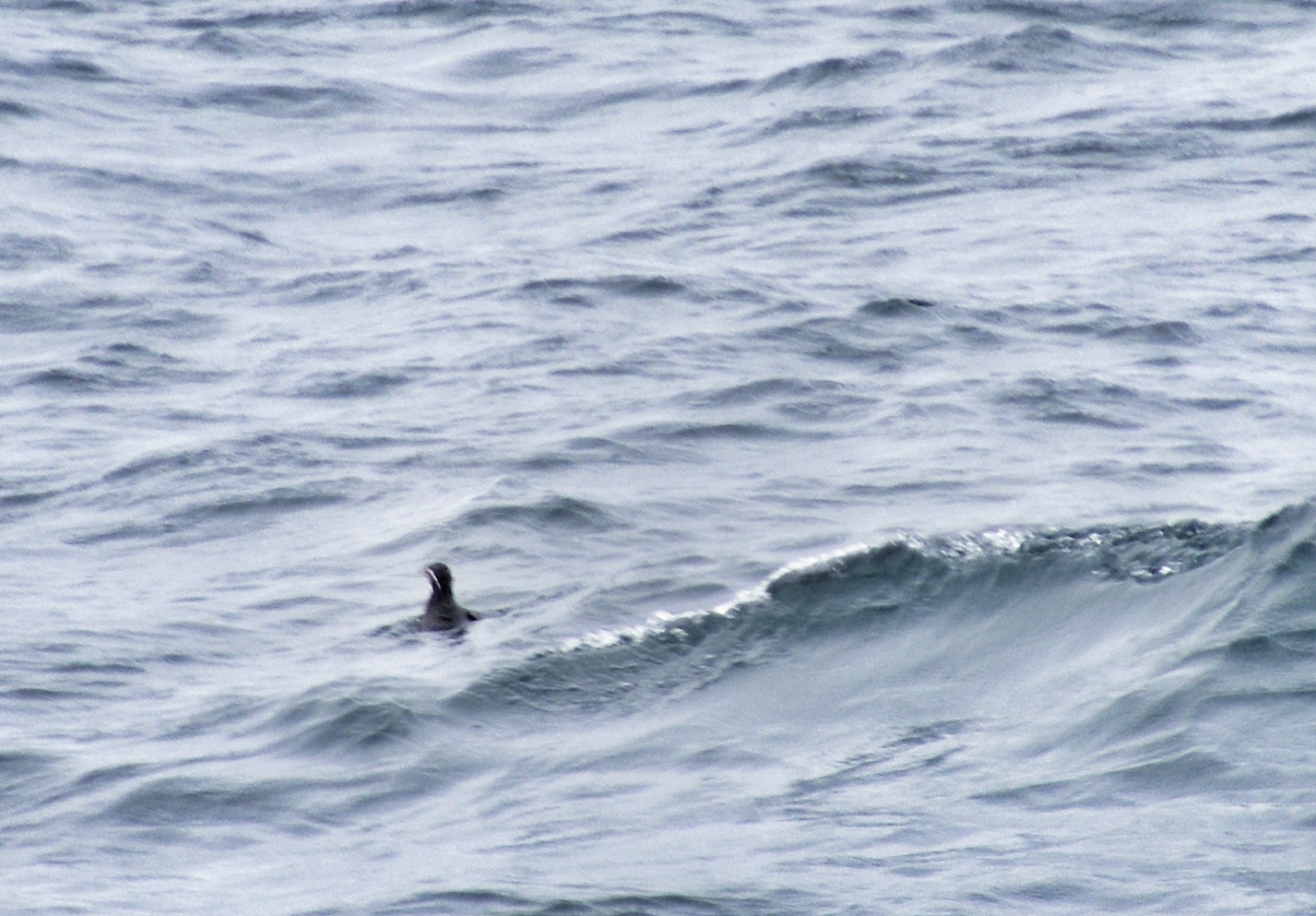 The auklets are about the size of a Green-winged Teal — about 15″ long. I’m not good at judging distances, but I don’t think I saw any that weren’t at least a couple miles off shore. Usually the auklets just swam away from the boat, but if we got too close, they would fly a short distance. I couldn’t see the white stripes or the knob on the bill with my eyes, but was able to identify them when I zoomed my photographs. I probably saw 20 total, although I have no idea if I was seeing the same ones on the way in that I saw on the way out.