I spotted these birds outside an antique store, which was located in downtown (I use the term loosely) Boulder Junction.  Feeders were scattered in a jack pine grove, and the Evening Grosbeaks were scattered around the feeders.

This was my first “exotic.”  When my mom told me I might see Evening Grosbeaks, I had no idea what they were.  I had to look them up in a field guide before I went.

Within the next few months, I became obsessed with birding and read the guides over and over.  In consequence, there were only two or three other times that I saw birds that I was totally unfamiliar with. 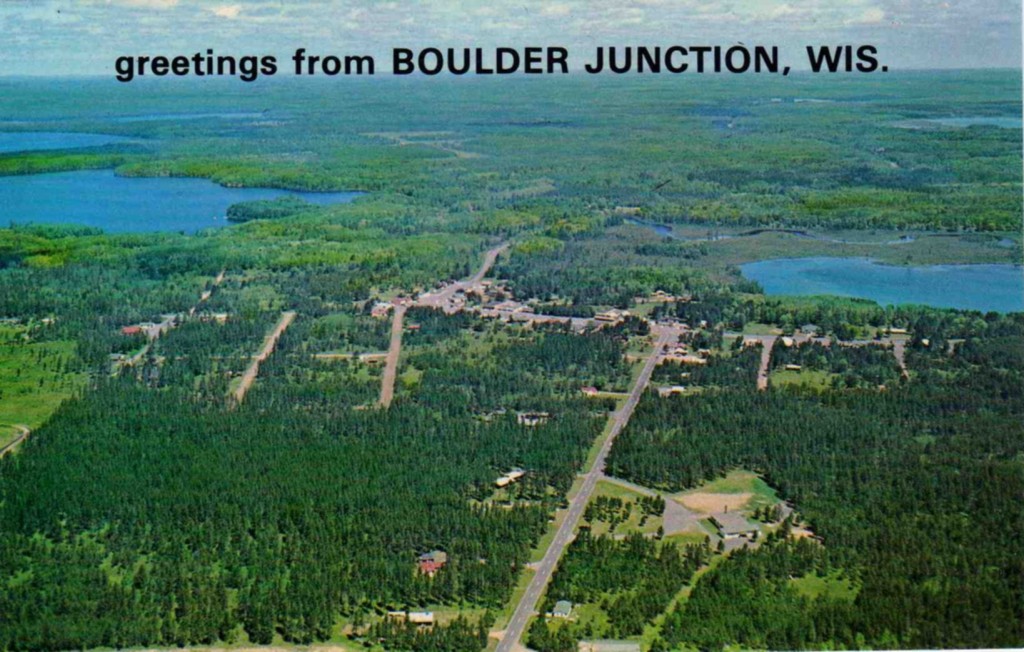