We spent the morning touring Niagara Falls, then drove up to Toronto along the shore of Lake Ontario. We passed Exhibition Stadium, where the Blue Jays played until 1989. 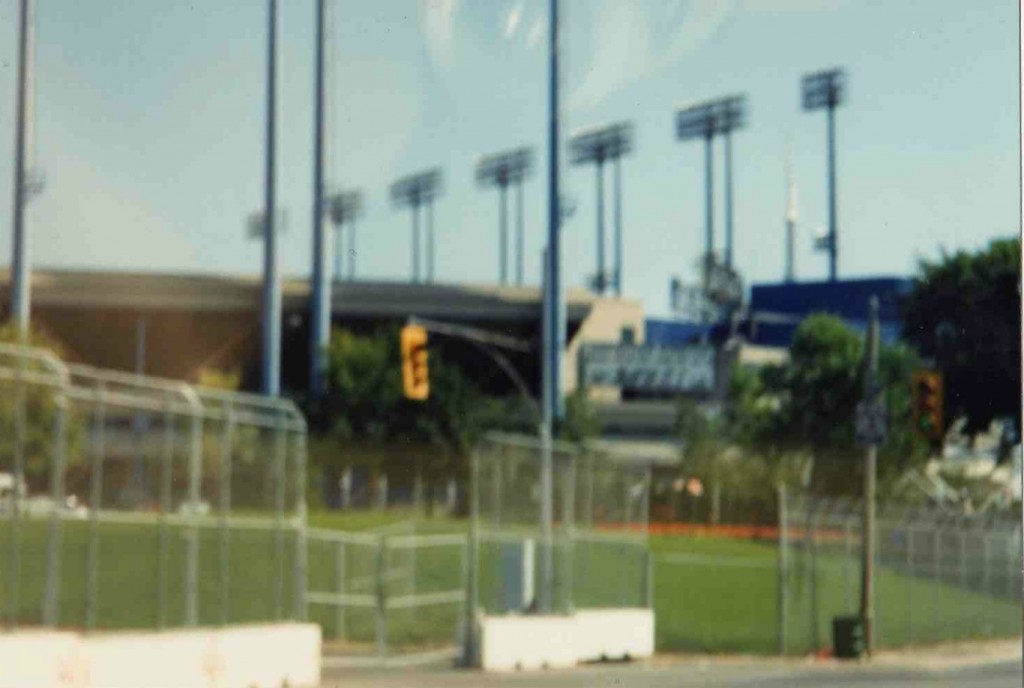 We parked about half a mile from the Sky Dome and walked around outside. That’s the CN Tower behind the Skydome. 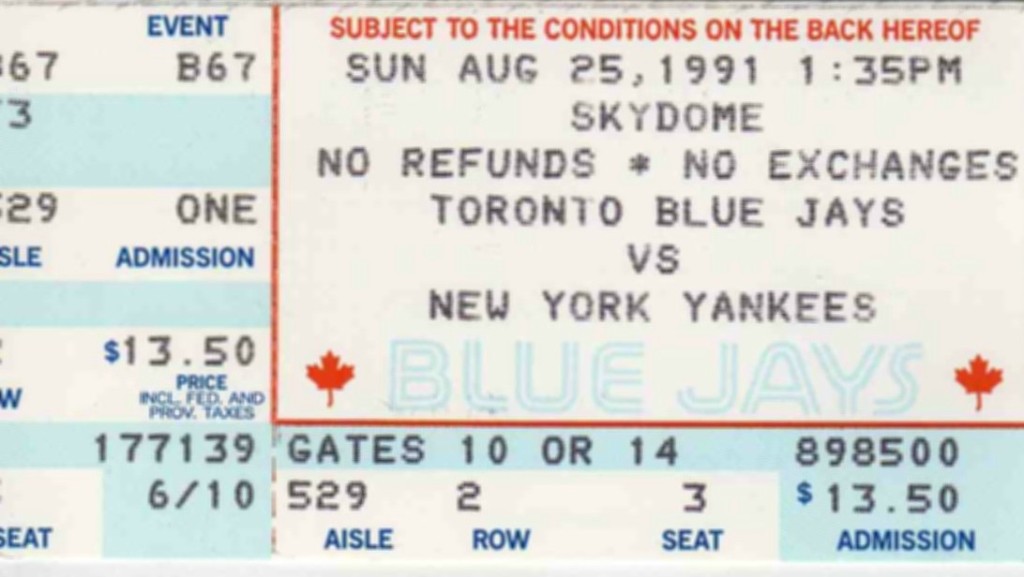 The fan gargoyles were located on either side of the hotel entrance. 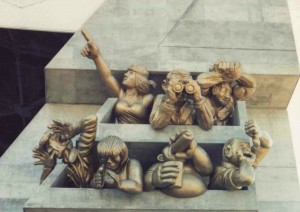 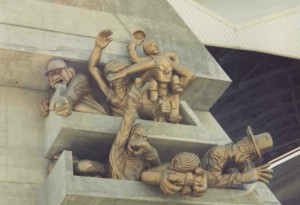 We spent some time looking at the incredibly-expensive souvenirs in the large gift shop then went to the world’s largest McDonald’s. I bought a Big Mac and my wife got a McDog. There were restaurants and food counters and gift shops, all on a grand scale, all over the place. 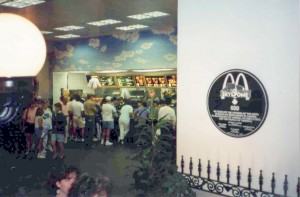 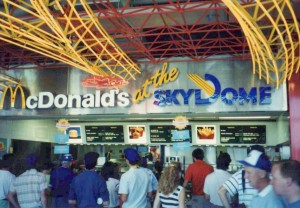 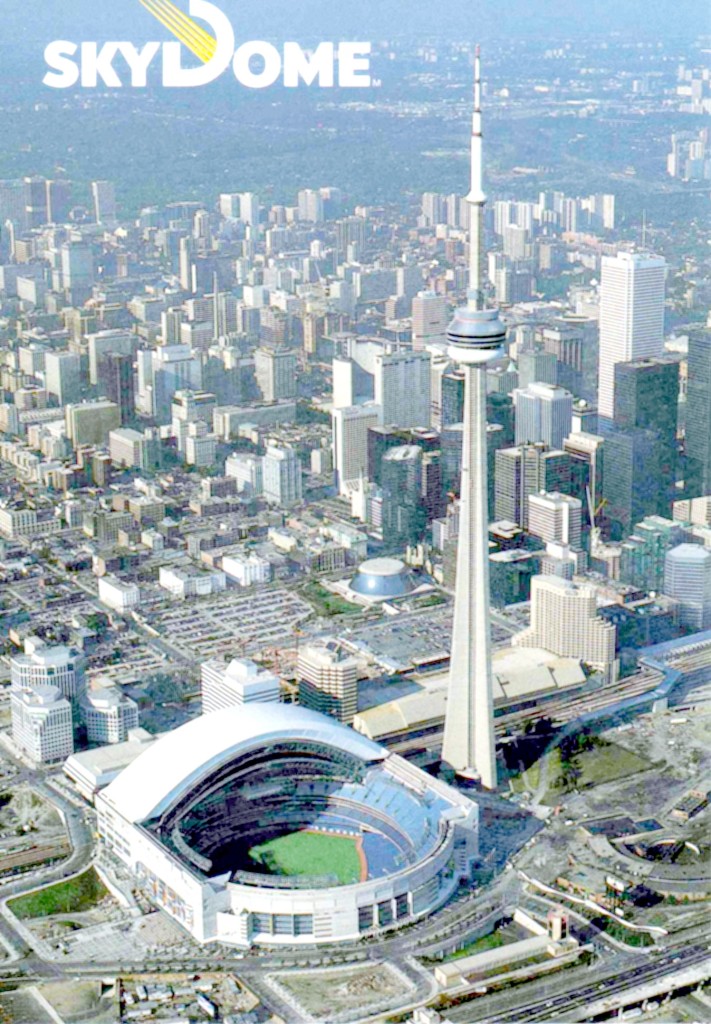 While we were in center field, we could look down on Scott Sanderson warming up in the Yankee bullpen. 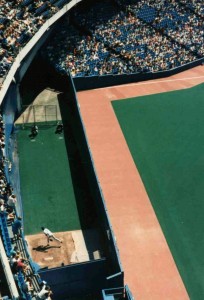 The stadium was sold out, so we couldn’t all sit together. 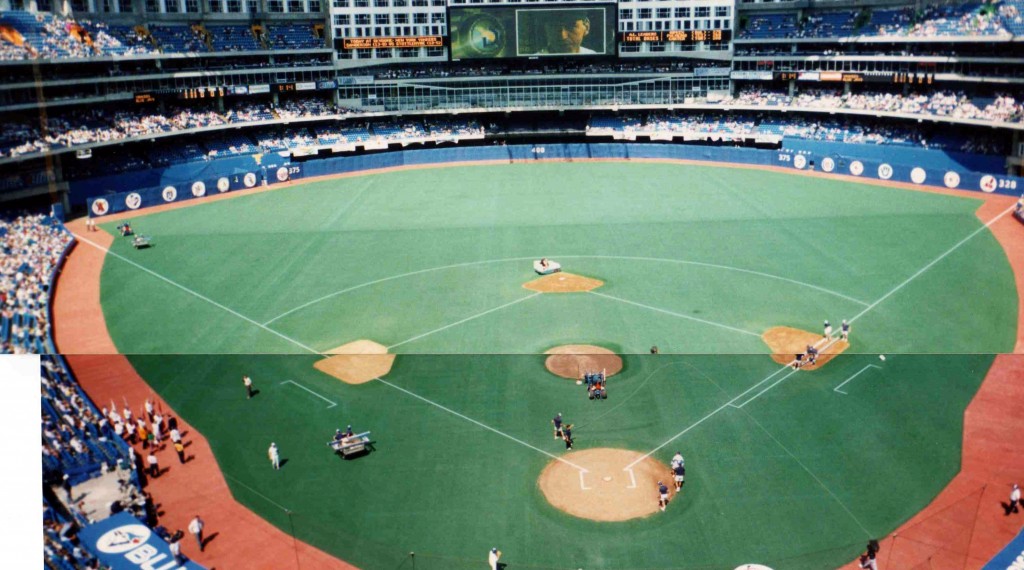 I was in the front row of the upper deck just down the third-base line from home plate. my wife was in the seat directly behind me, and I was able to rest my head on her knees (although she sat next to me while we ate until the other fans came). On one side of me there were two old guys who had season tickets and were very friendly. They told me stuff about the stadium and gave me tips about what to look for with certain Blue Jay batters. On the other side of me were two punk kids with ugly haircuts and bad attitudes. They got up every other inning to buy food and never missed an opportunity to bump me or give me a dirty look. Instead of getting angry, I smiled at them, and we were soon getting along. By the middle innings they were friendly and asking me questions like “How come this guys batting average has gone down since his last at-bat?” I said they were friendly, not intelligent. 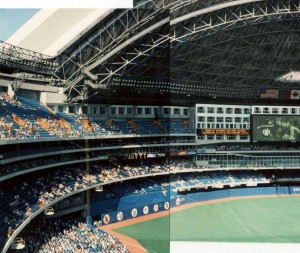 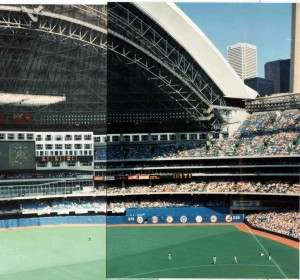 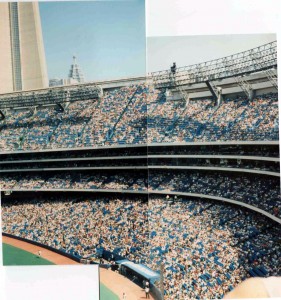 Yep, we were in Canada — centre field. 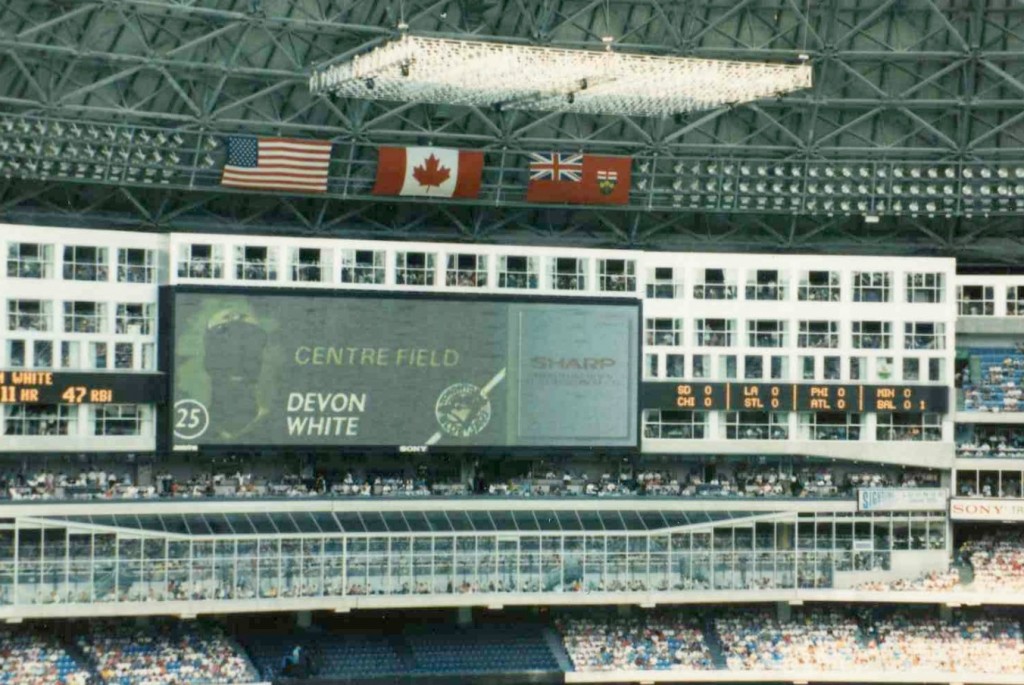 The Blue Jay on his scooter in the fifth inning. 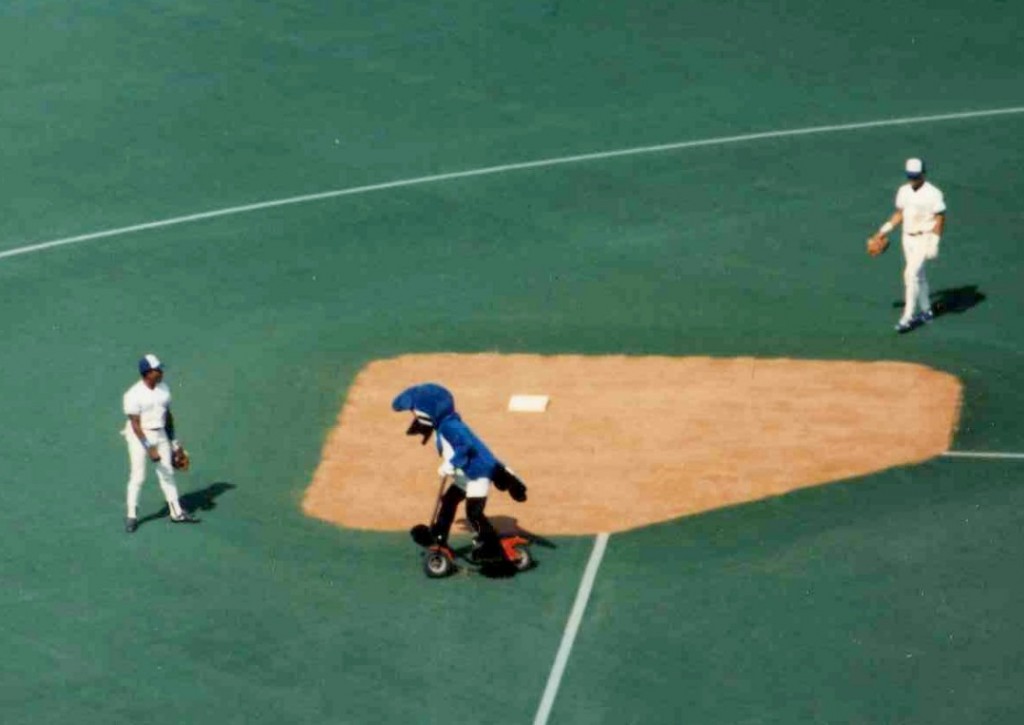 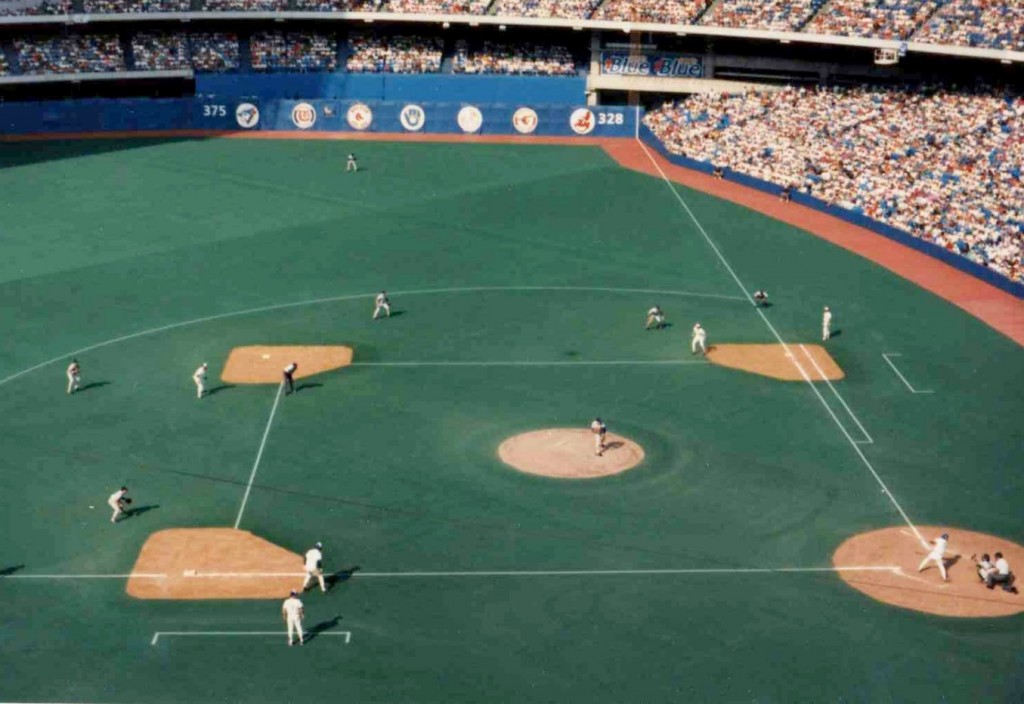 Don Mattingly of the Yankees popping out to third. The Blue Jay pitcher is Bob MacDonald. 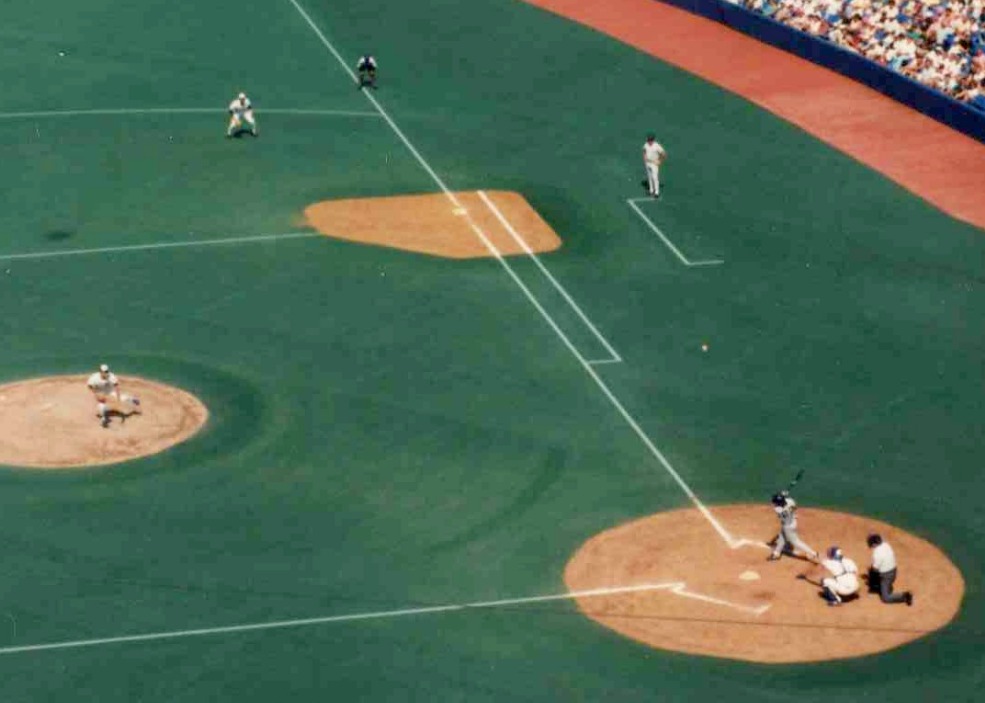 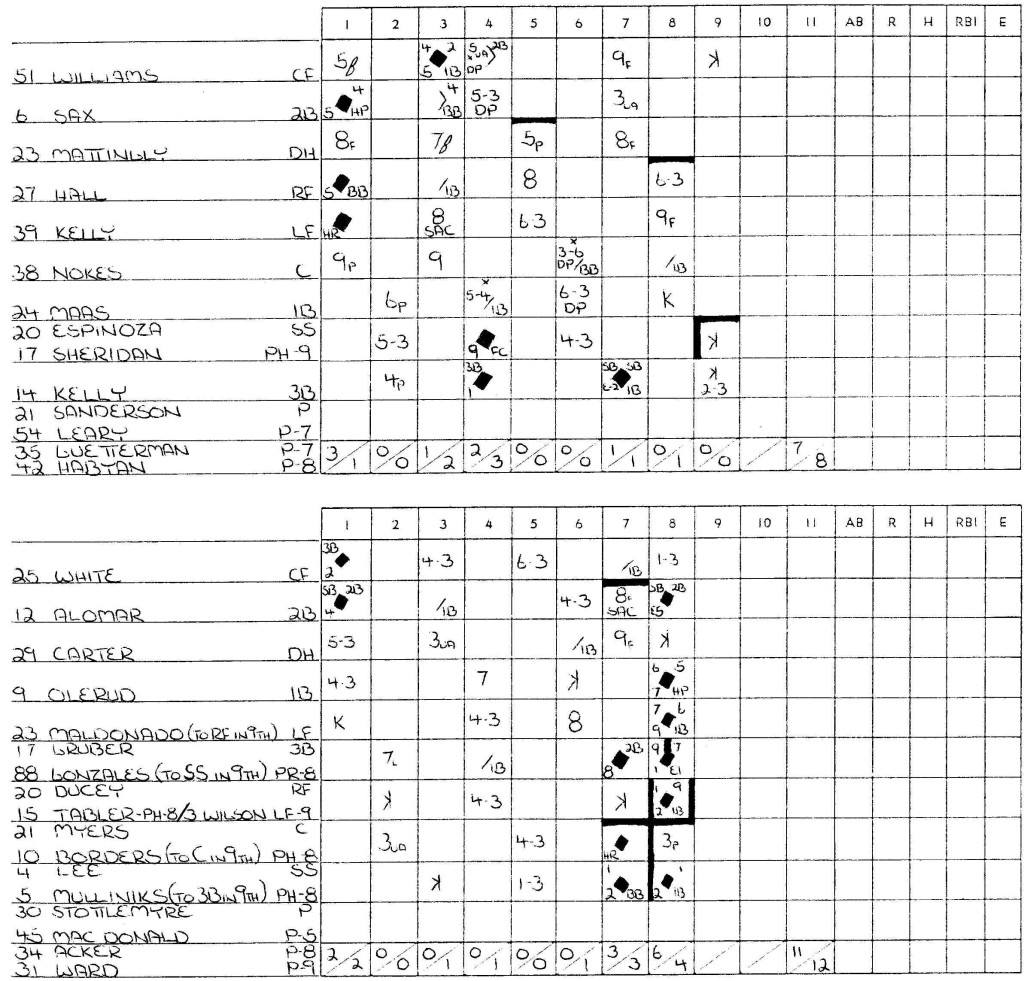