I drove straight into Atlanta from Chickamauga and arrived at Atlanta-Fulton County Stadium about 15 minutes after the gate opened. 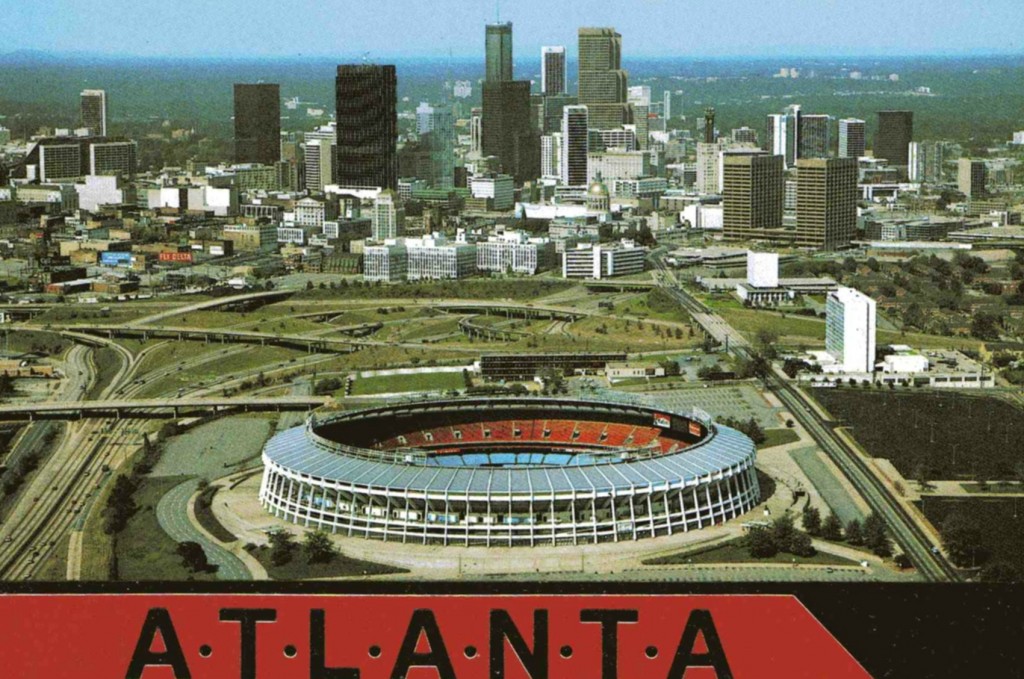 I had only three shots left on my roll of film but figured I could buy more inside the park. Right? Wrong. The stadium stunk. There were 15 concession stands, but they all sold the same 12 things. The concourse area was just a concrete hallway with nothing interesting to see. The employees sulked around and responded with annoyance whenever I approached. They didn’t sell scorecards, so I had to buy a program. They didn’t sell pencils either. With the program they sold $2.00 markers that didn’t write on the type of paper the program was printed on, so I had to run out later and buy a cheap ballpoint pen shaped like a bat. Little wonder that so few people were there.

My seat was pretty good — 21 rows up behind home plate. The wait for game time was a drag. A Salvation Army kids’ band entertained the crowd with dirges. After about 14 seconds, everyone ignored them and went back to being bored. 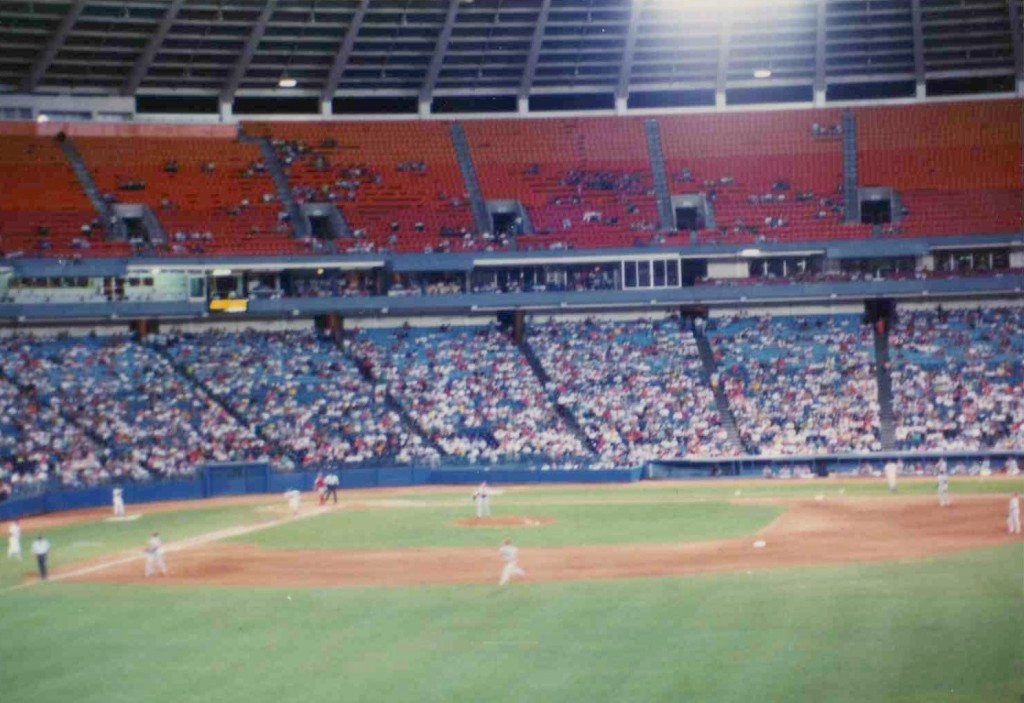 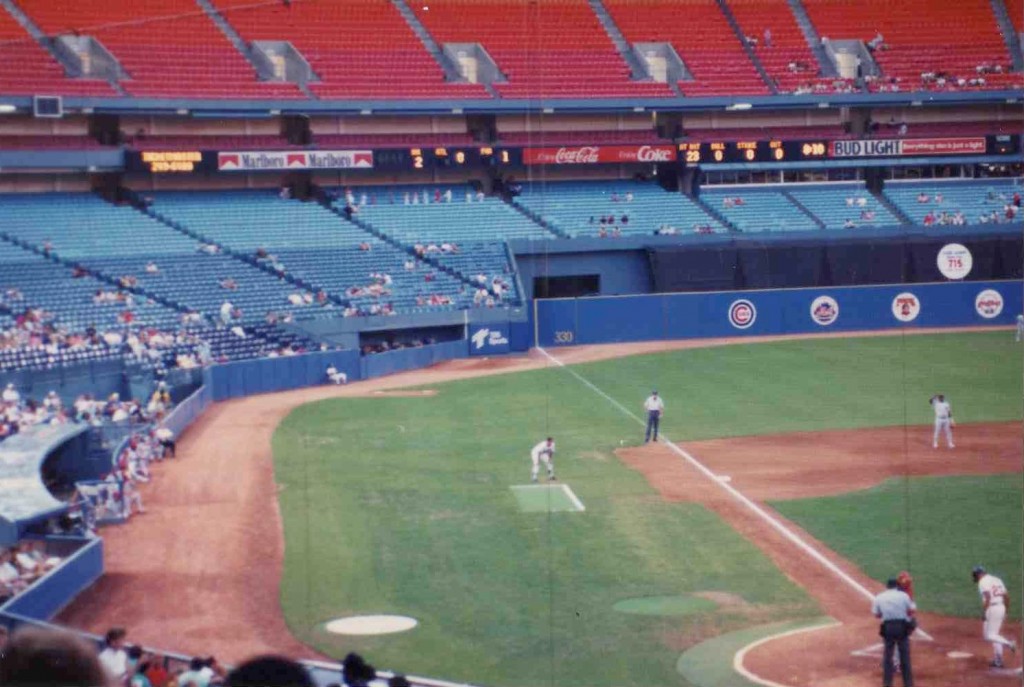 I sat next to a local guy named Charlie who was there with two friends of his from Florida. They didn’t talk to him much, so he talked to me. He was a big Falcons and Hawks fan, but didn’t know much about the Braves. I teased him about driving in Georgia, and he agreed with me totally. As the game wore on, and he filled up with beer, he began to get on my nerves. After the fifth inning I got up like I was getting something to eat, and I never went back. 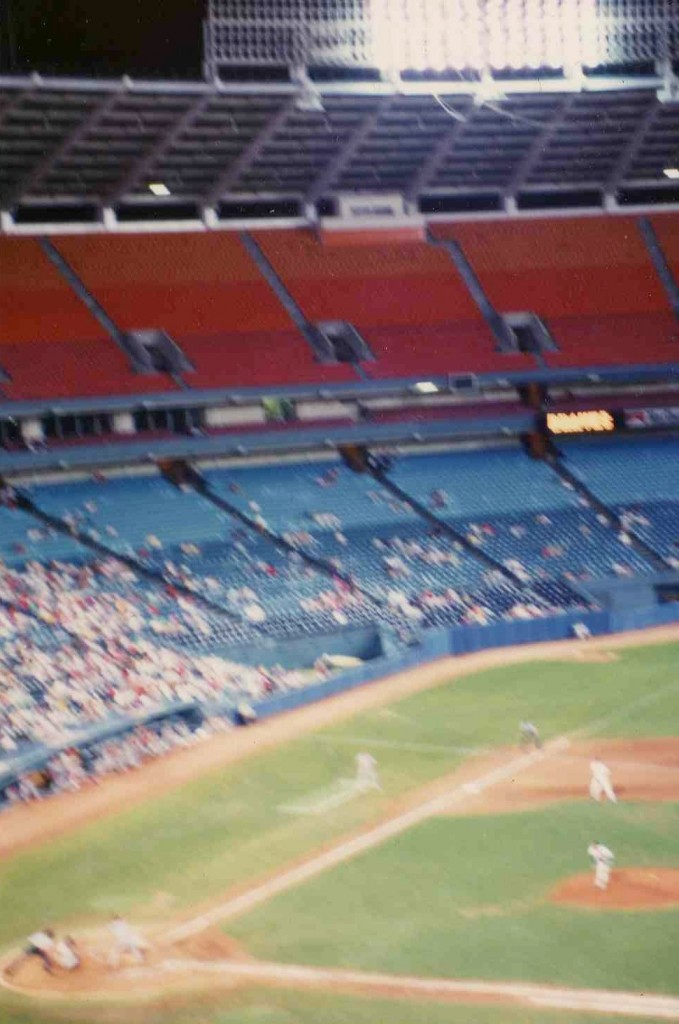 The park was mostly empty, so I spent the rest of the game sitting in a different seat every inning. I tried the upper deck and the bleachers. This worked out well because at the end of the game I was sitting right by the gate I came in at. I was the third person out of the stadium and the first car out of the lot. Five minutes after the final pitch I was on a nearly-empty Interstate 20.

I don’t remember much about the game, and I’ve misplaced the program. The Braves lost 4-3. 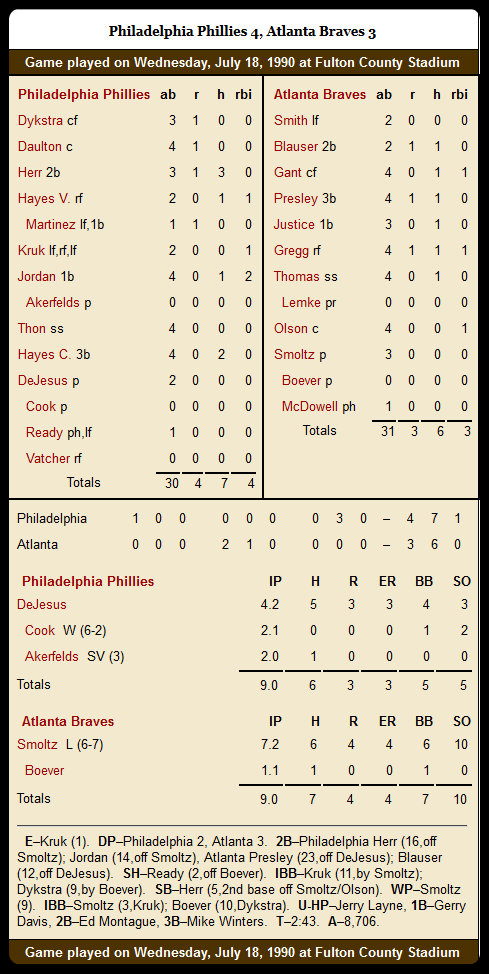 Check out the caption on this newspaper photo and see if you can make more sense of it than I can. 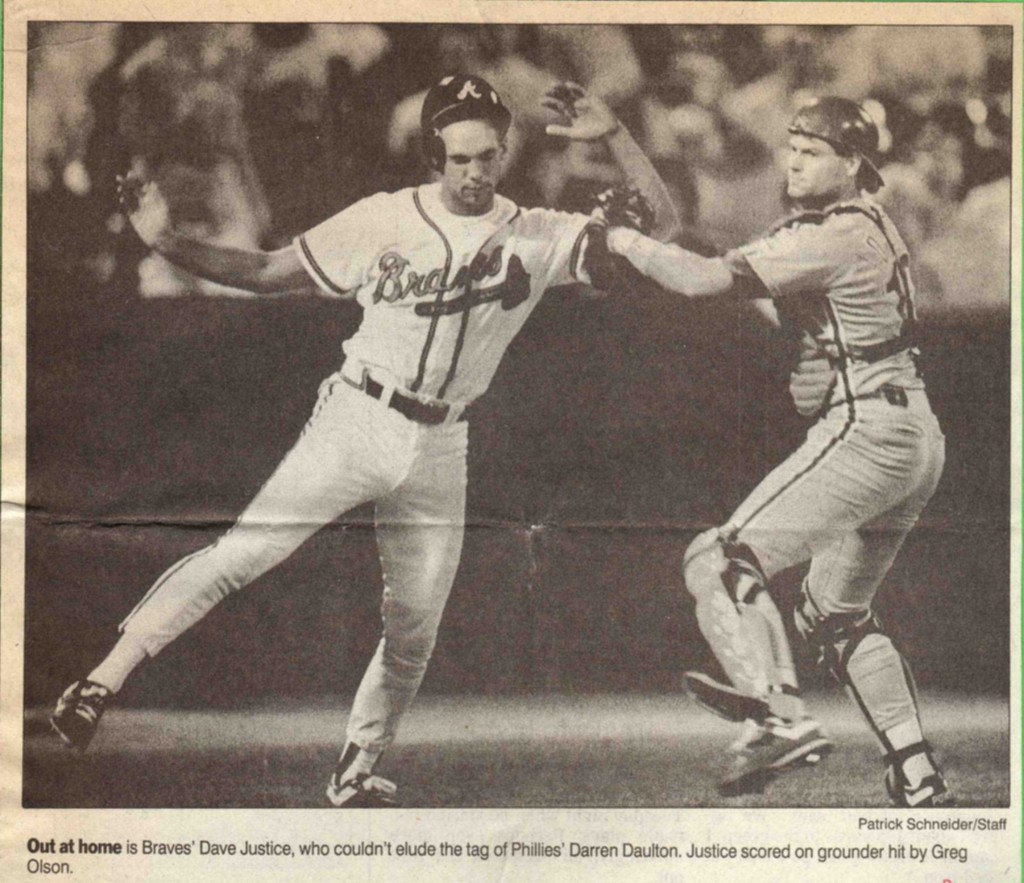