I drove up to this game with four Cardinal fans. We arrived at the park at 5:30 and paid $6.00 for a parking spot about half a mile away. I bought a Polish sausage for supper.

Our seats were directly behind home plate on the second level, right in front of where Bob Uecker does the Brewers’ broadcasts. The game began rather dully, and the stadium was pretty quiet. The Brewers scored four runs in the fifth, which made things pretty quiet in my immediate vicinity. The Brewers won 6-1. 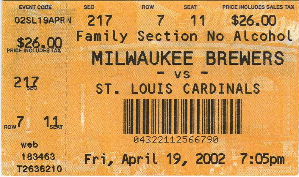 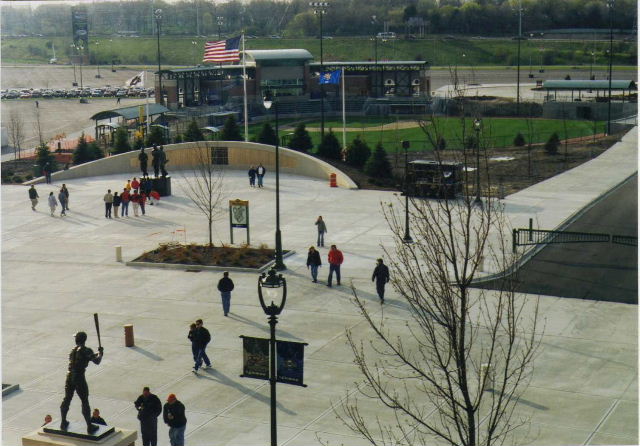 The stadium didn’t impress me as much as I’d expected. There was a lot of exposed steel, painted green. it was a chilly night, so the huge, domed, removable roof was closed. 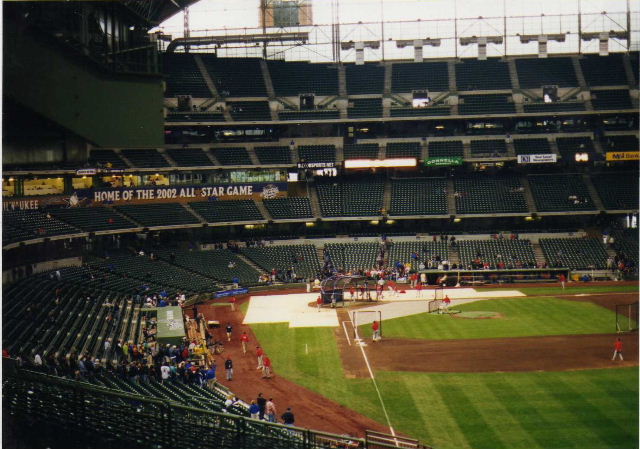 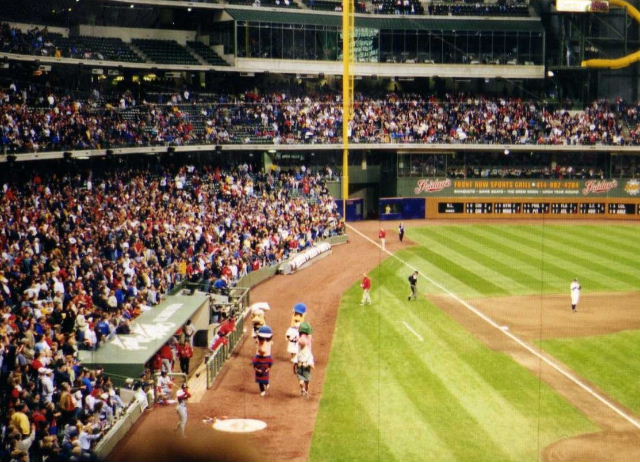 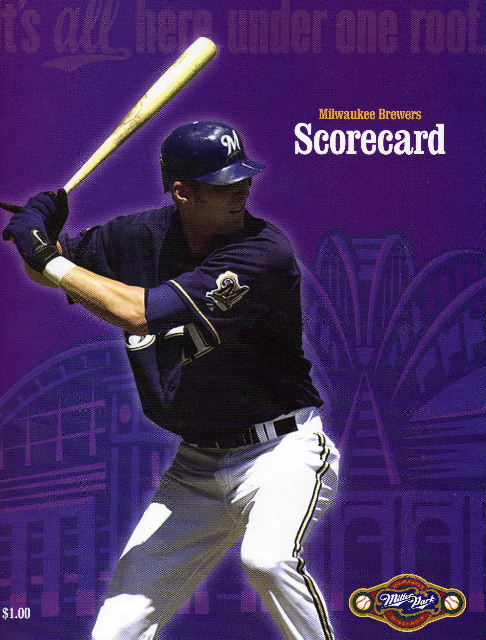 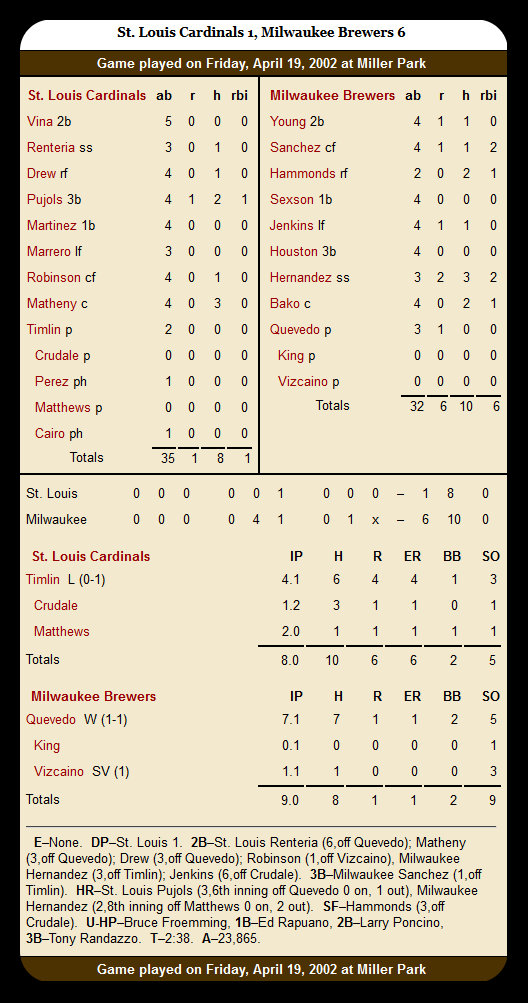