I was walking the Leatherleaf Bog trail through an area of bushes and brush not far beyond the two marshes near the trailhead. The Viceroy flashed past me about head high and darted into a bush. It perched with its wings open toward me for a few seconds, then closed them for a few minutes. After two or three minutes, it opened its wings again, slowly, then took off along the path.

It looked like a Monarch, but with black subterminal lines on the upper and under sides of its hindwings. It was also a bit smaller than a Monarch. The black terminal margin had a single row of white crescent marks.

I took the photograph below at Hickory Grove Conservation Area in McHenry County, Illinois on July 1, 2007. 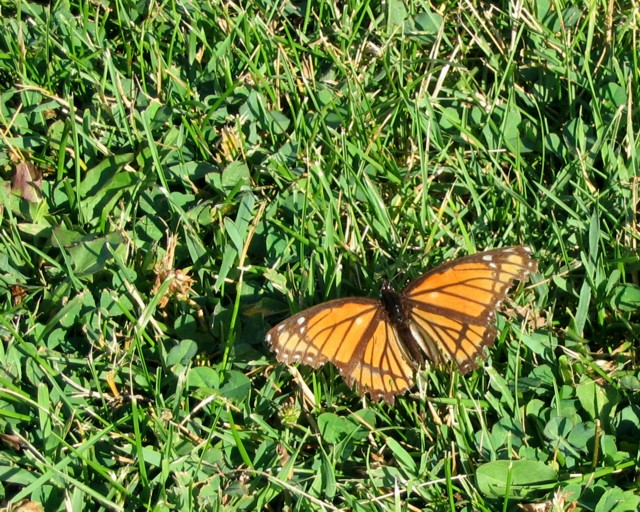