Sometimes with birds, I am amazed at the lack of creativity used in giving them their English names. Not so with butterflies. There's the Mormon Metalmark, the Red-crescent Scrub-Hairstreak, the California Sister and the Question Mark. And the one I saw this day, the American Snout. That name cracks me up.

But take a look at the thing. What would you name it? I spotted one flitting about in the shade of a small strip of trees near the Auld House in the botanical gardens. It landed on the leaf of a tree and I was able to get a picture. About half an hour later, on the other side of the house, I spotted it or another one hovering over some flowers and got another picture. It's a tiny thing, about the size of a nickel. 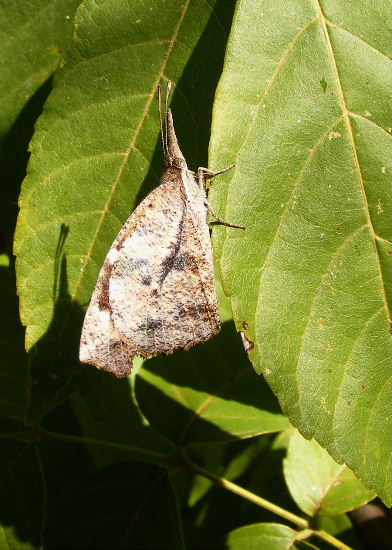 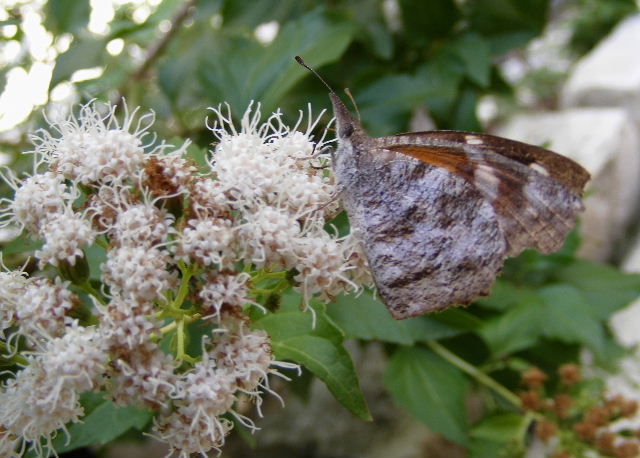