We camped this year (from October 11-15) at Black River State Forest, north of Black River Falls, Wisconsin. We found a group campsite that included a cabin with 12 bunks, mostly as a place to hang out if it rained. There was a huge field, complete with volleyball and horseshoes.

When we arrived and I saw that there were two smaller bedrooms with a bunk bed in each, it took me about three seconds to decide we weren’t setting up a tent. Most of our friends were eager to tent, so it wasn’t like we were depriving anyone. Here is our room. 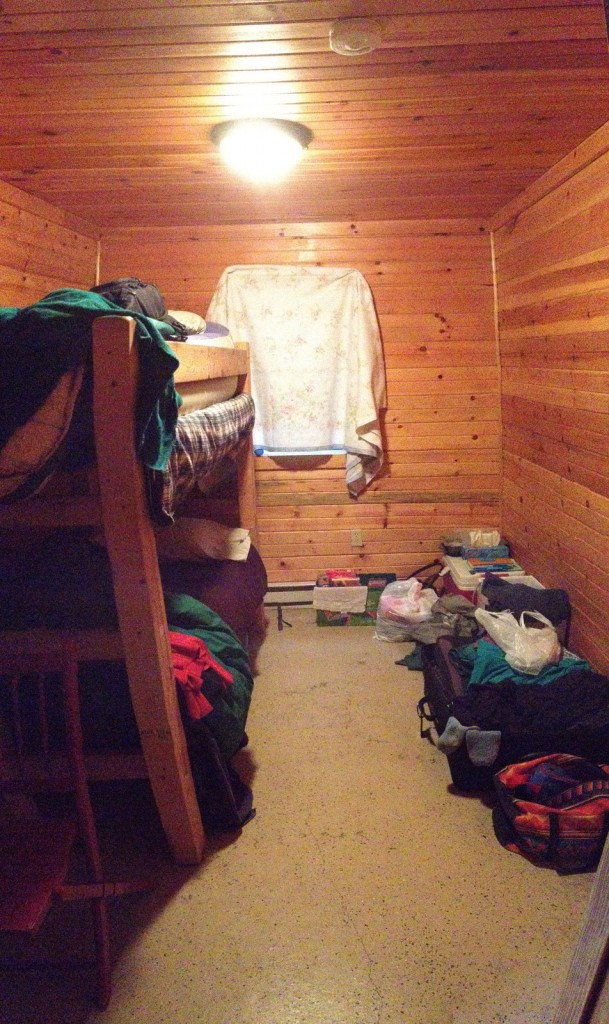 The cabin also included a bathroom with a shower and a larger room with a complete kitchen, a picnic table, and four bunk beds.

The temperature the first night got down to 16. We were warm in the cabin, although my air mattress leaked and I had very little padding between me and the plywood. (The second night was worse, so I tossed the mattress. We bought a replacement in town.)

We made breakfast in the cabin in the morning. 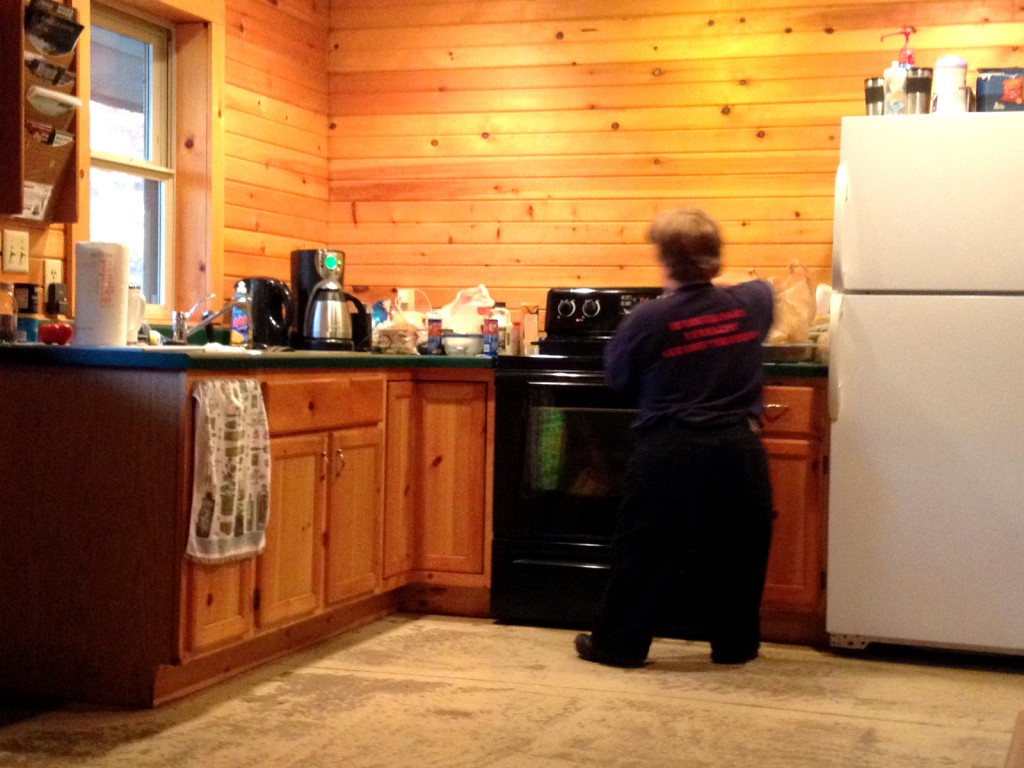 We eased into the day playing horseshoes. Since none of us were any good, we played games to 1 and the loser kept playing while the winner gave way to the next player. 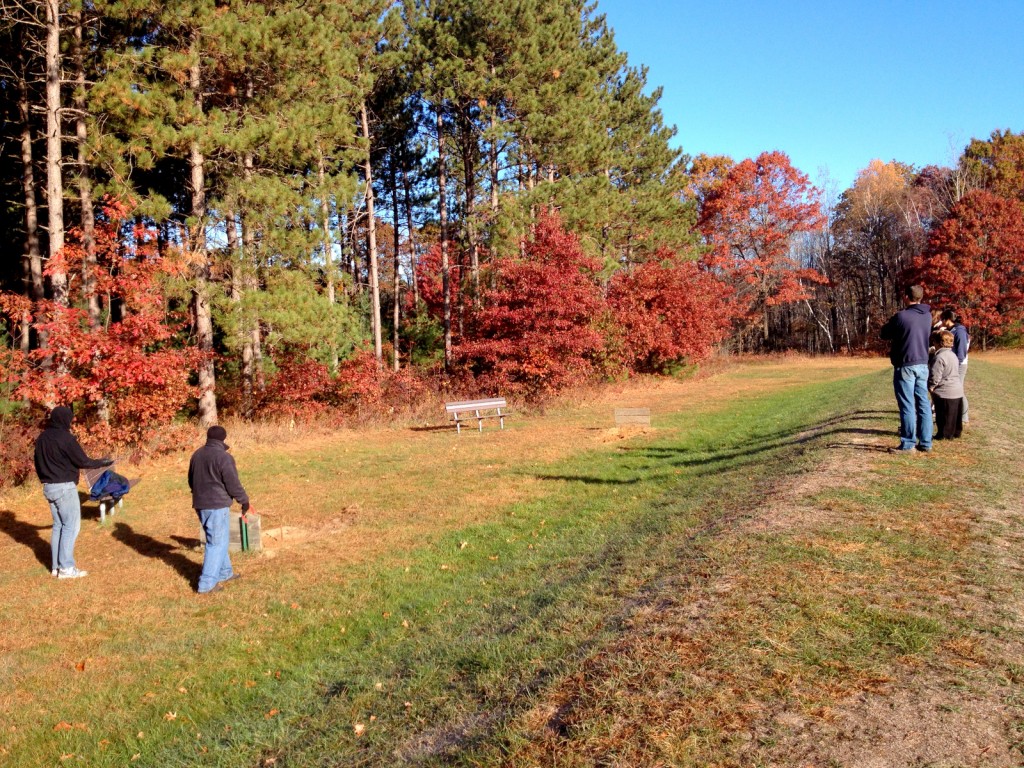 The day warmed up nicely. Several of us took off to Neillsville to go disc golfing (next post) while the rest of the group sat around the fire and watched Will’s ham cook, a pastime we joined them in when we returned.

On several occasions, we were serenaded by coyotes, and one evening a Barred Owl startled us by screaming, then giving its normal song before flying over our fire. And on the clear nights, the number of stars was stunning. One guy had an app on his phone that alerted us to a fly-over of the International Space Station, which looked like the light from a slow-moving airplane.

It rained all day Saturday. Ten of us piled into two cars and drove to Sparta (future post), then hung out in the cabin in the evening.

At one point on Saturday night, the rain had slowed to a drizzle. I walked out the road to the gate and then along the main road for perhaps 100 yards. It was pitch dark. The sky was perhaps two shades of gray lighter than the roadside trees and offered the only contrast to the darkness. I turned off my flashlight and walked all the way back to the cabin, probably a half mile, navigating by that slightly-lighter grayness visible above the road. It was eerie, but fun.

It rained all Saturday night and into Sunday. We weren’t in the mood to spend an entire day in the cabin, so most of us drove into Black River Falls (future post). When we got back mid-afternoon, the rain had finally stopped. Some people left, but the rest of us made a campfire and spent the evening outside. Everybody took down their tents and spent the final night in the cabin.

We never strayed far from the clearing. We only had to go about 100 yards to find signs that said “no hunting beyond this point,” and we heard several rifle shots.

Our campfire on Sunday evening. 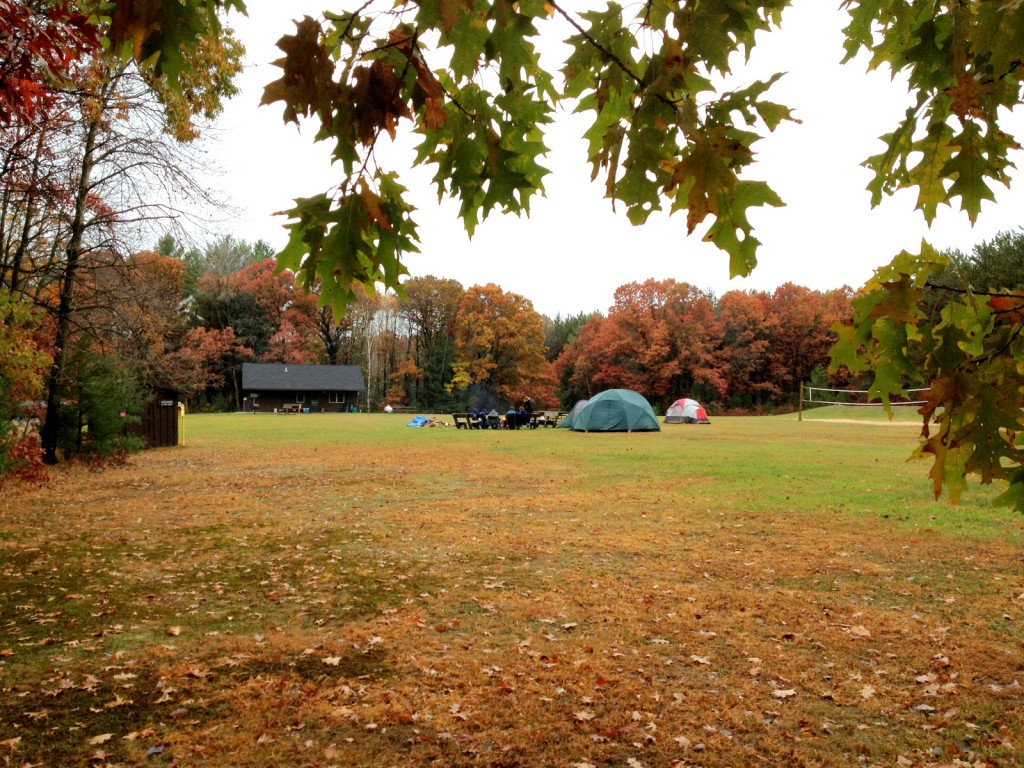 The cabin, with a tent tethered to the bench, drying out. 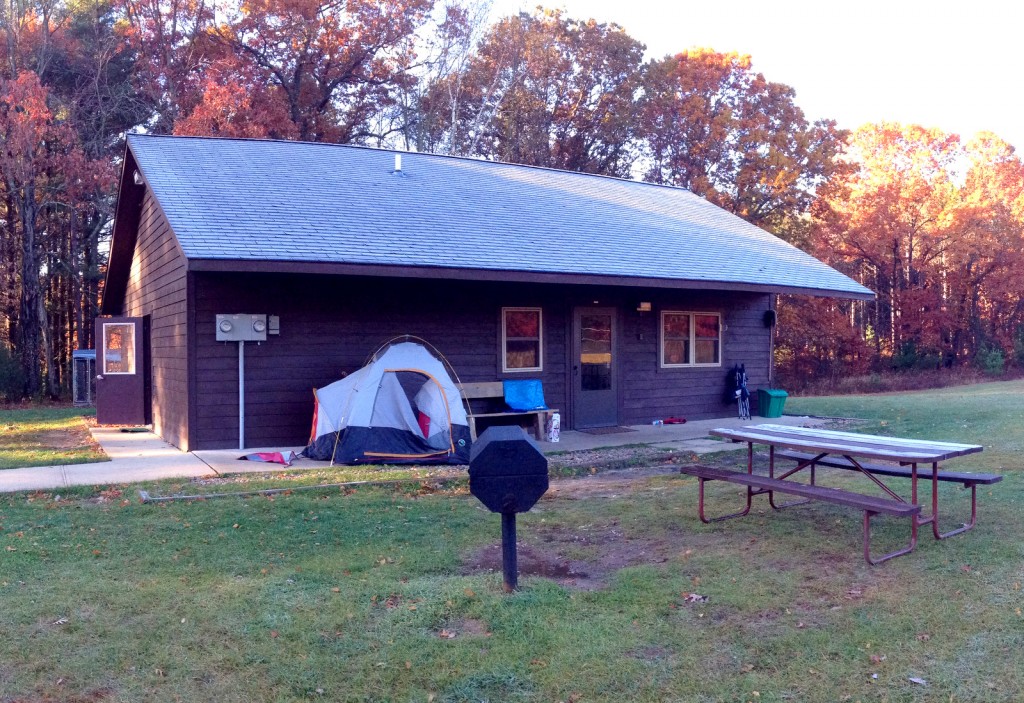 Monday morning was stunningly beautiful. The skies were clear and the air was crisp. My wife and I took a short break from packing and cleaning to take a walk. 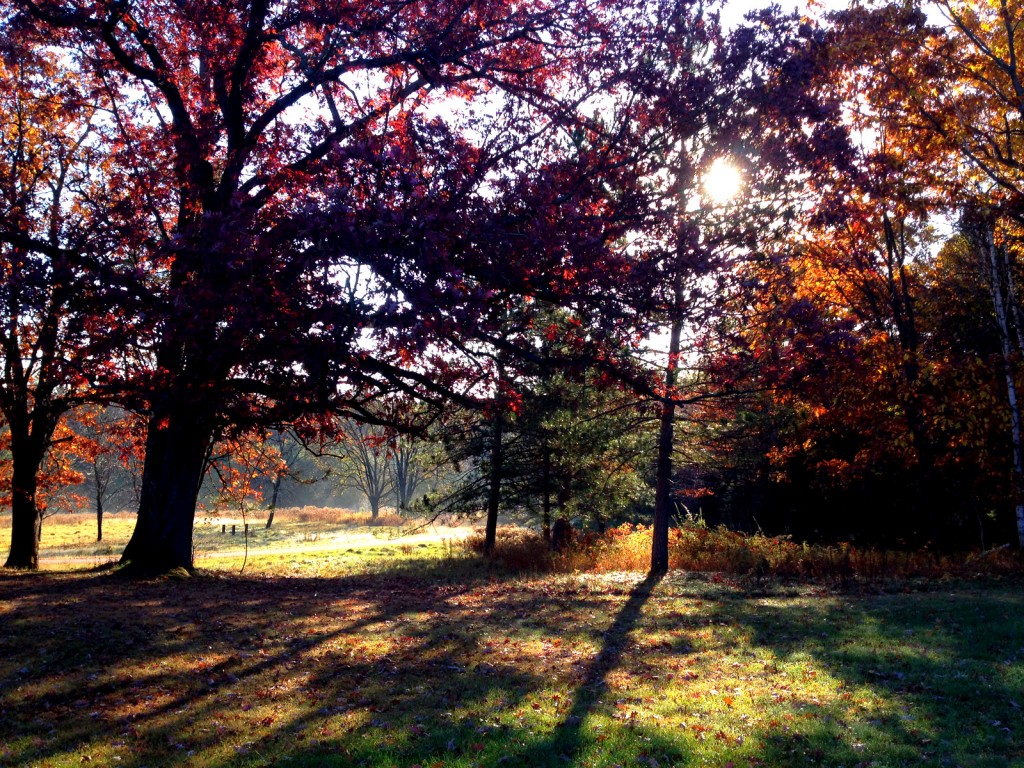 One other thing about the campsite … There was a bathroom in the cabin, but there were also two outhouses. They were clean, as outhouses go, and there was actually hand sanitizer in the dispensers. But they had one very odd feature. In the toilet stall, there were two seats, about two feet apart. To add to the strangeness, there was a lock on the stall door. Here’s a photo. 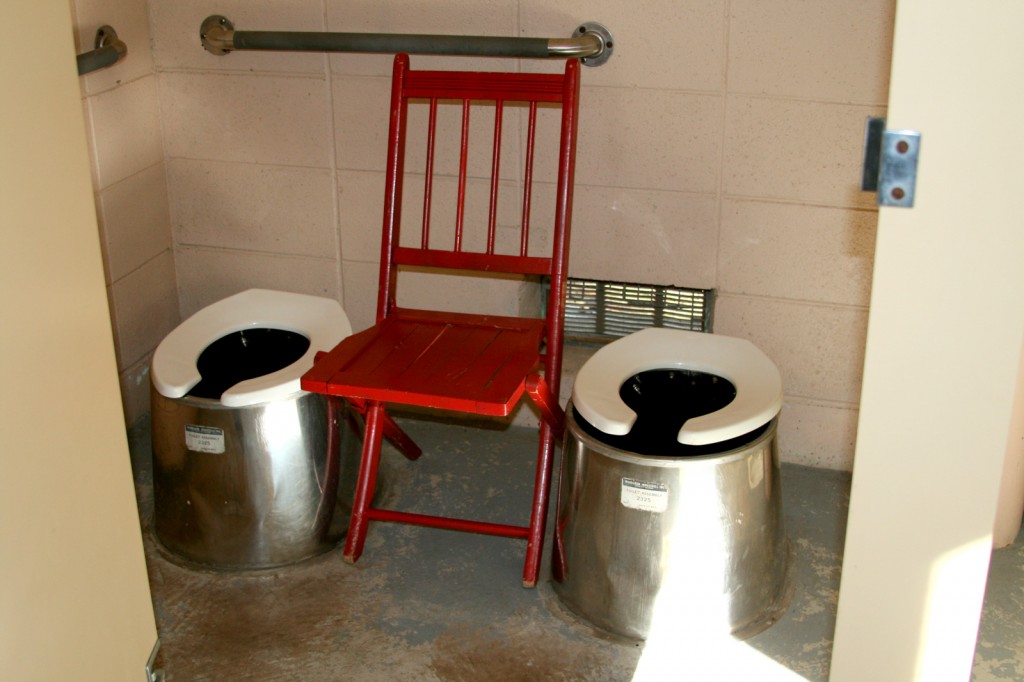