This was my first day of “I don’t care about quarantines, I’m going birding.” (Having said that, I’m keeping my distance from people and I carry a mask in case I end up in a situation with people who want me to wear one. I’m not a rebel. I just want to bird.) I got to the river walk in Cañon City at 7:40 and it was already hot. But not for long. The sky clouded over and a brisk east wind cooled things off considerably. The sun did come out again three hours or so later, but by that time, I’d missed some good photo ops because the birds were silhouetted against a white sky. 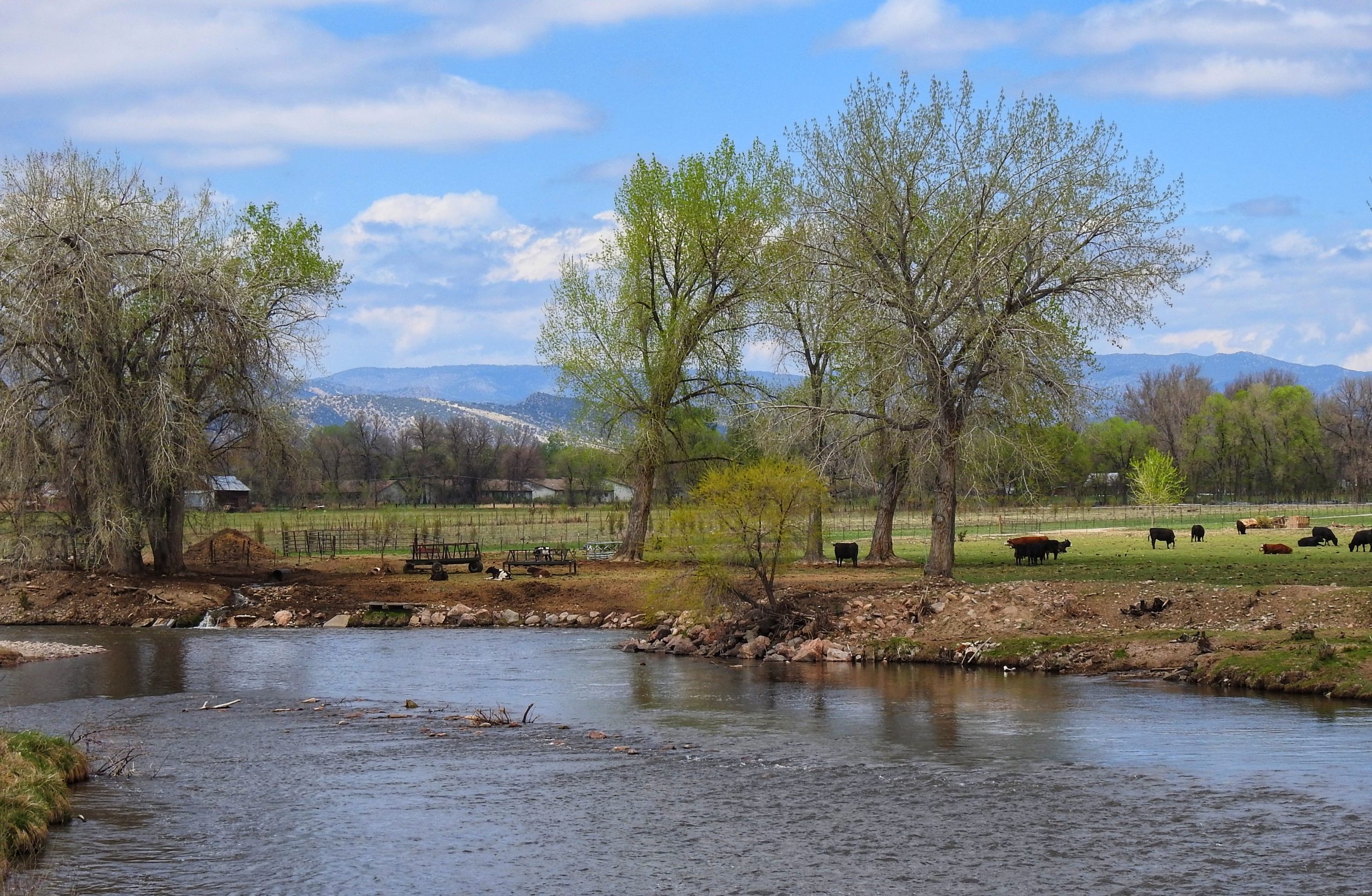 I met a couple from Racine, Wisconsin, and chatted with them for several minutes on two occasions. We shared our disappointment about the lack of birds we’d seen so far. I said it was still early, which they took to mean early in the year. I was referring to the day, and when the east wind came up, a lot of birds came down. I stuck around for about four hours and saw 40 species. Here are my best photos in no particular order. 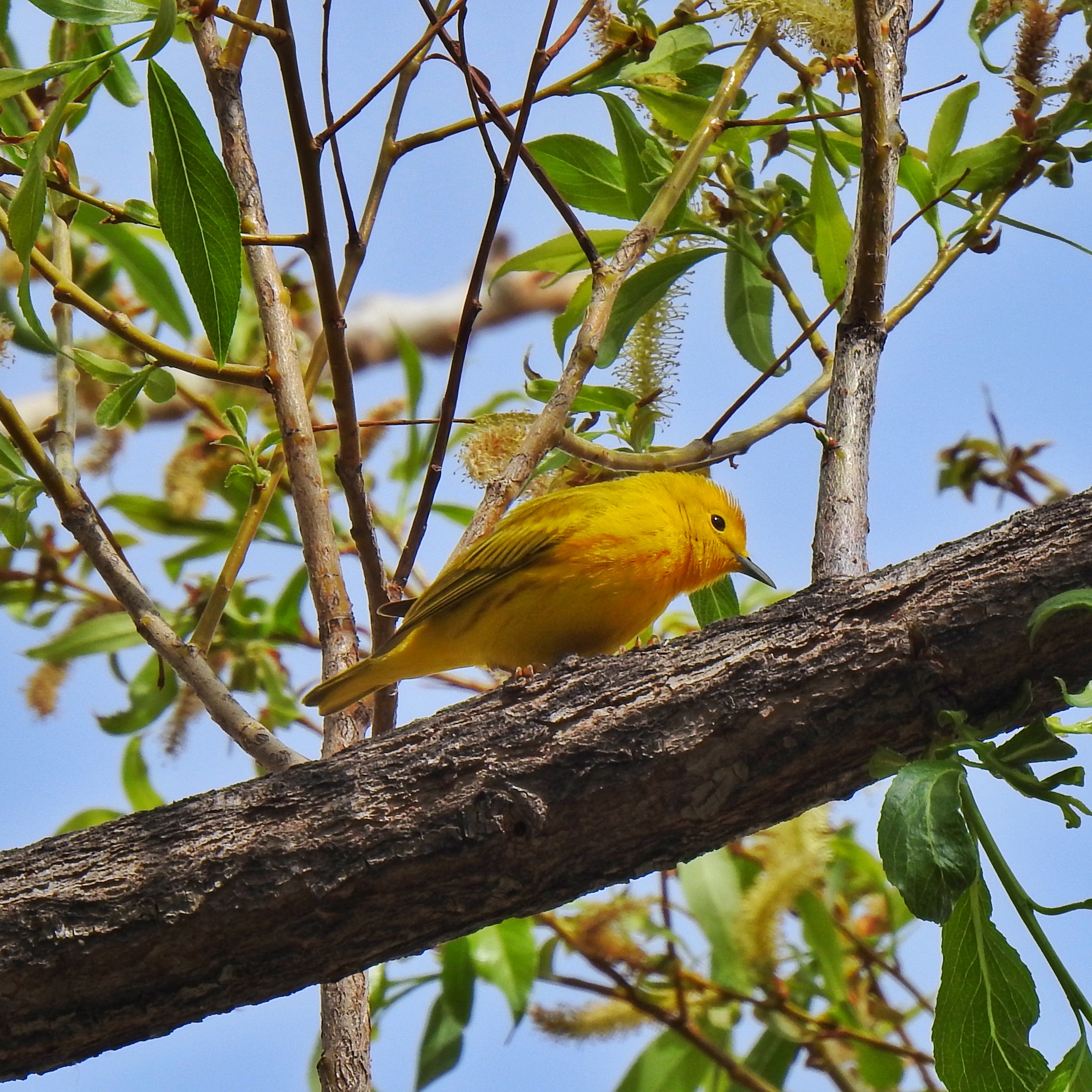 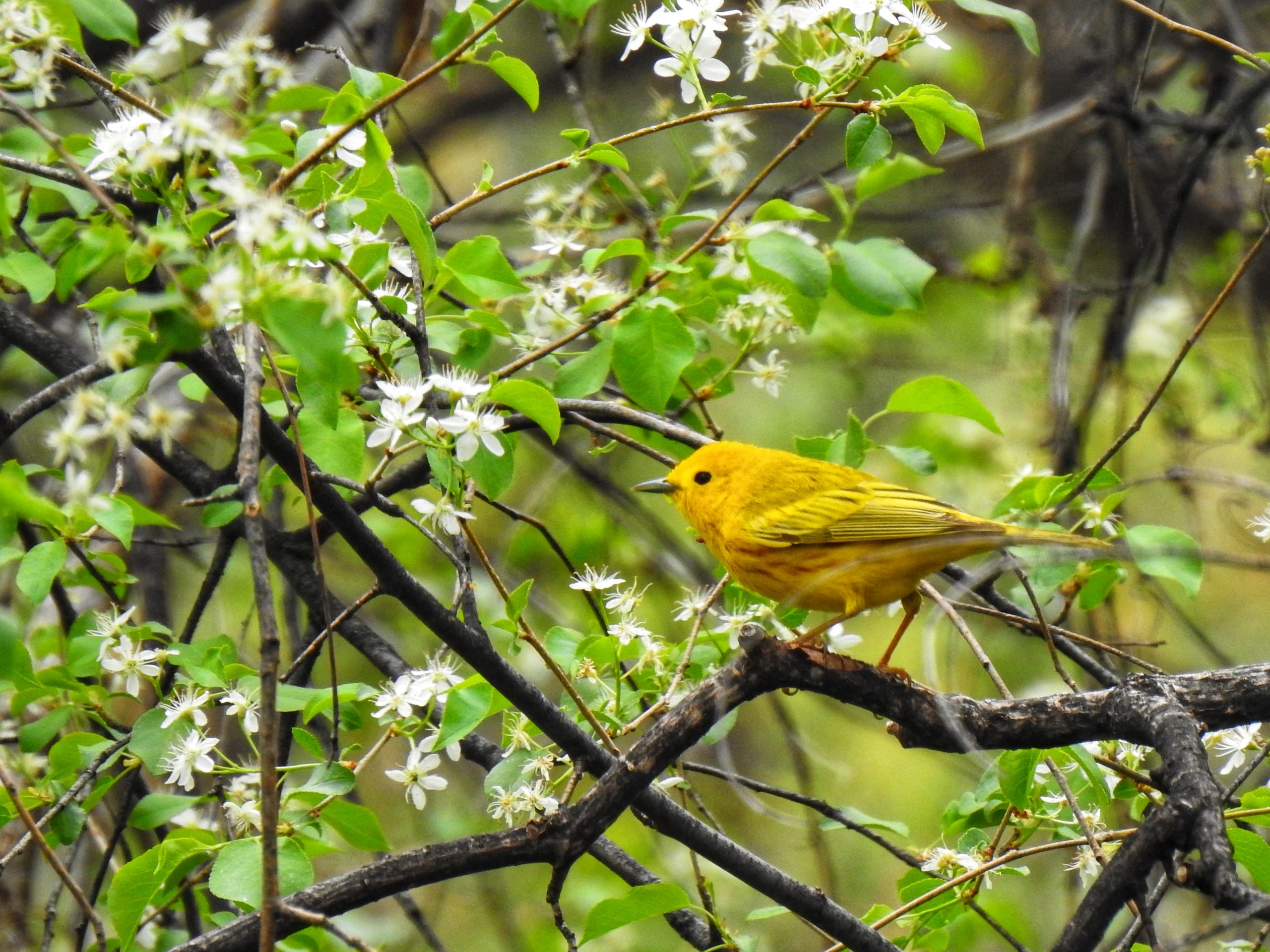 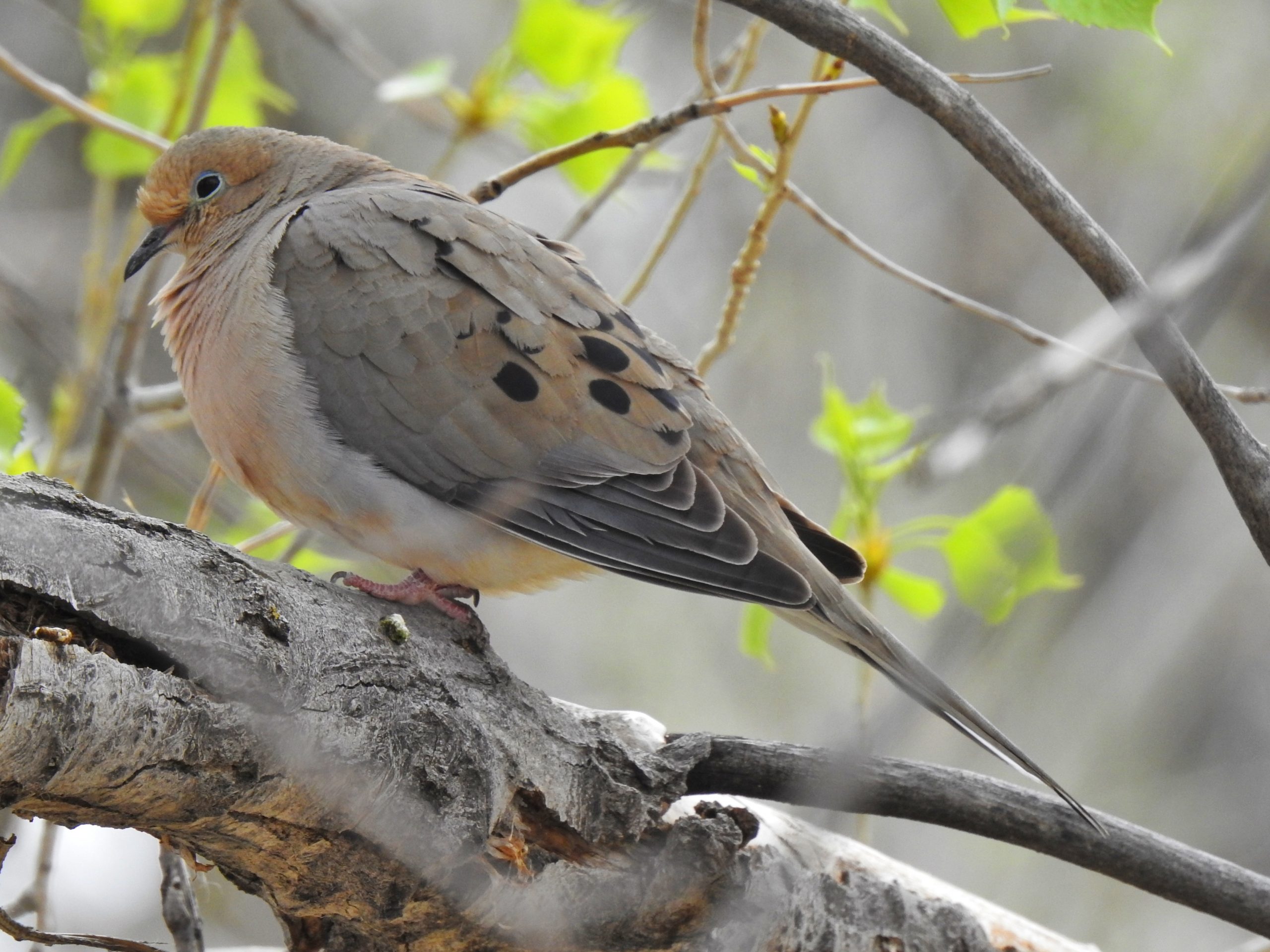 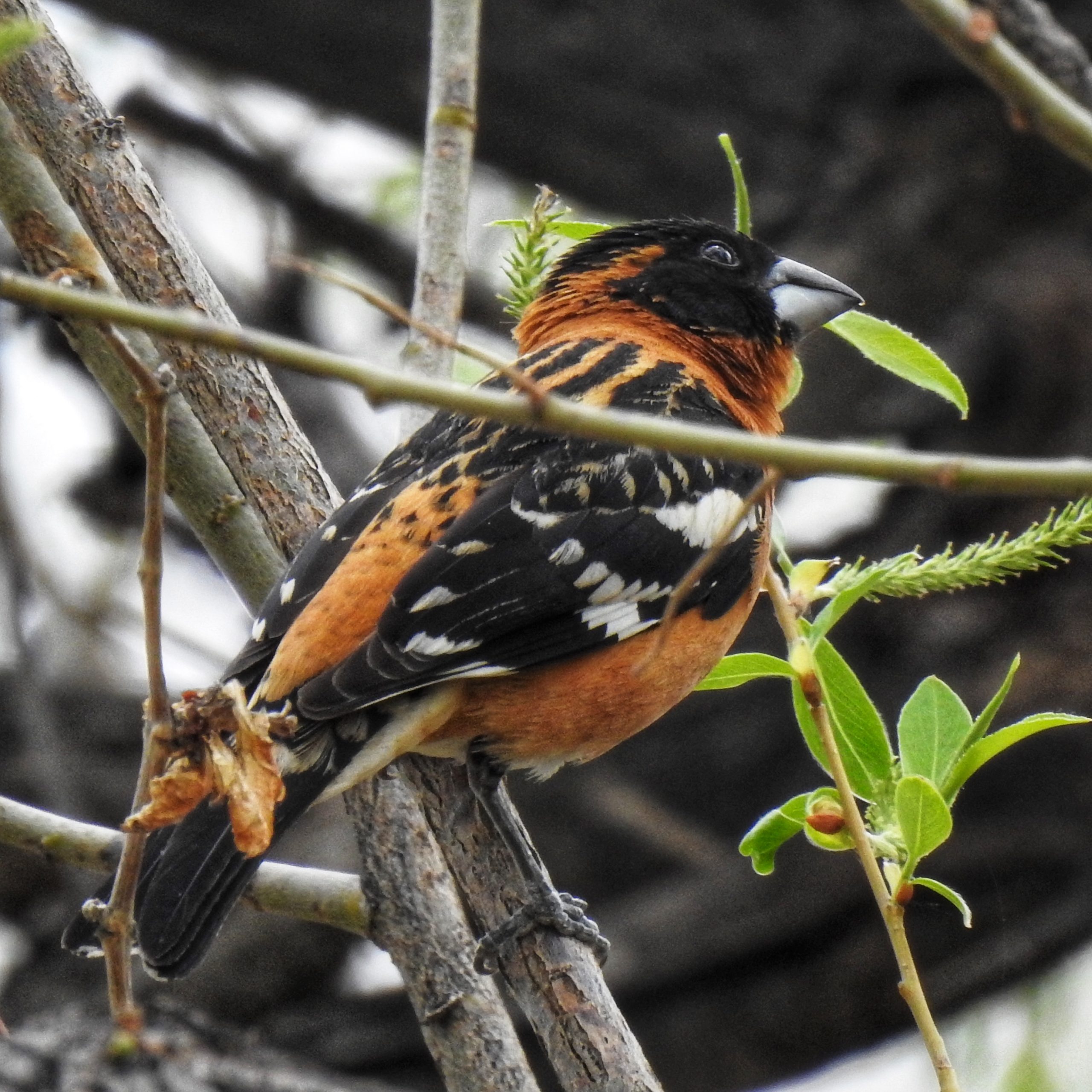 Yellow-breasted Chat. These guys are skulkers. There were three singing close together, and it took me quite a while just to get a photo this good. 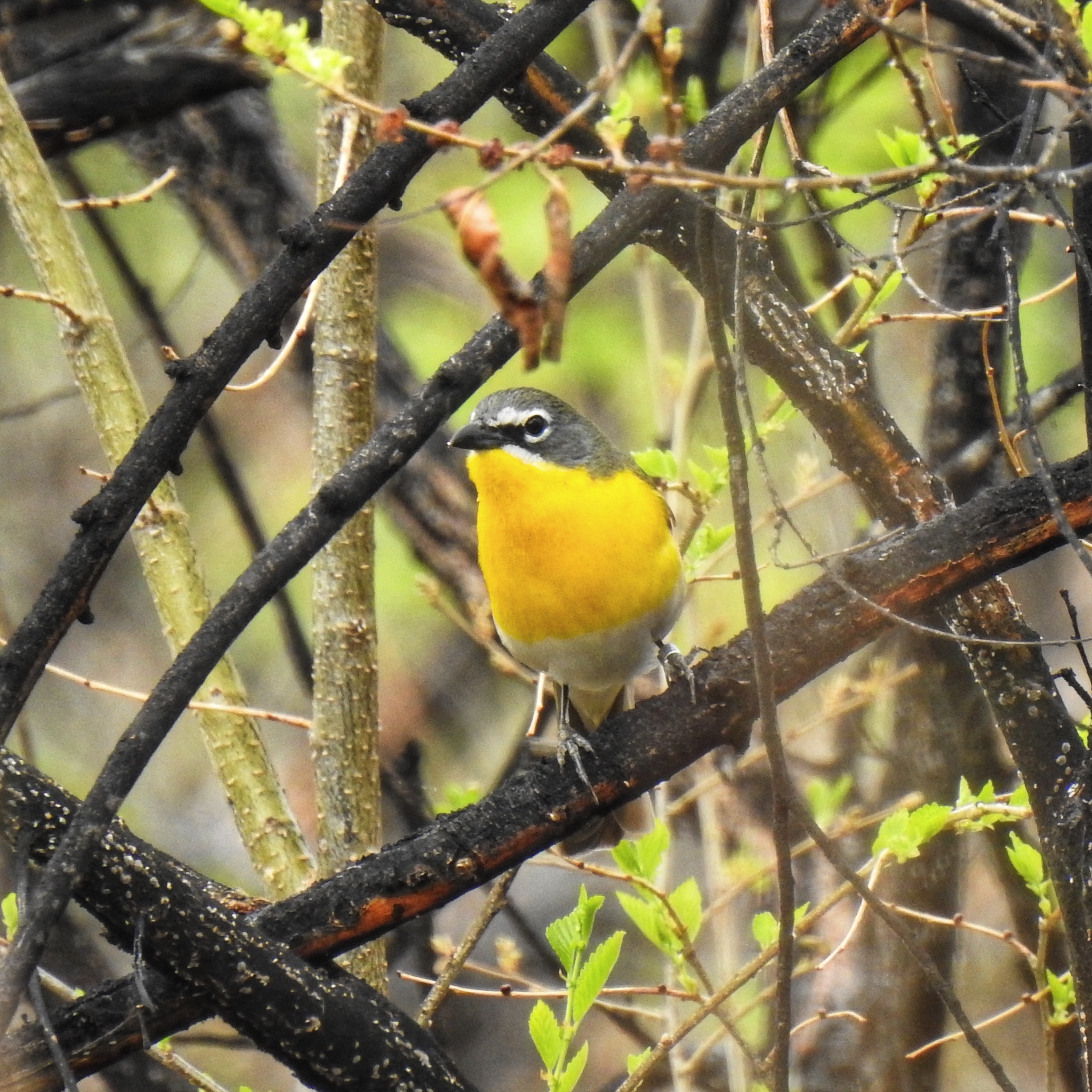 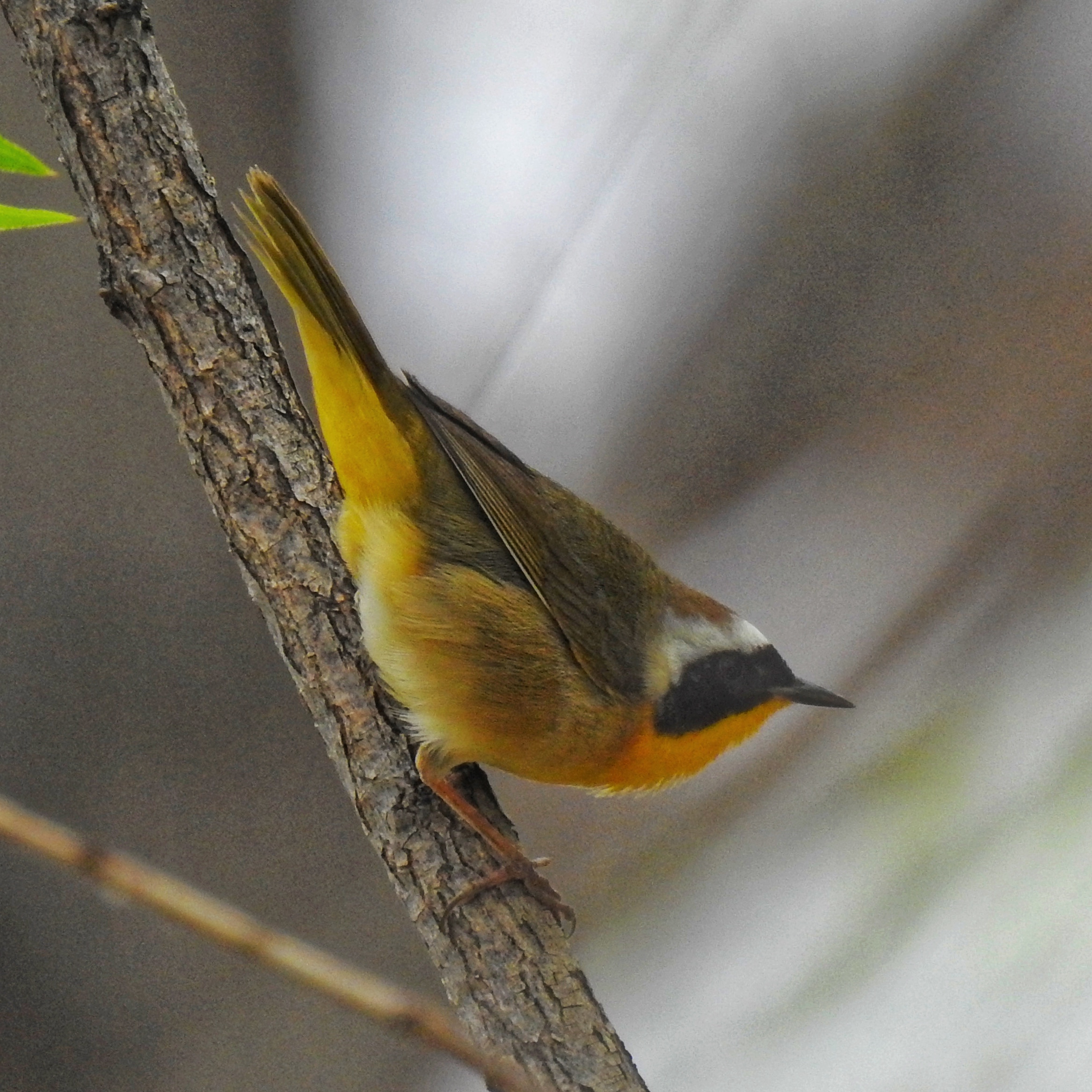 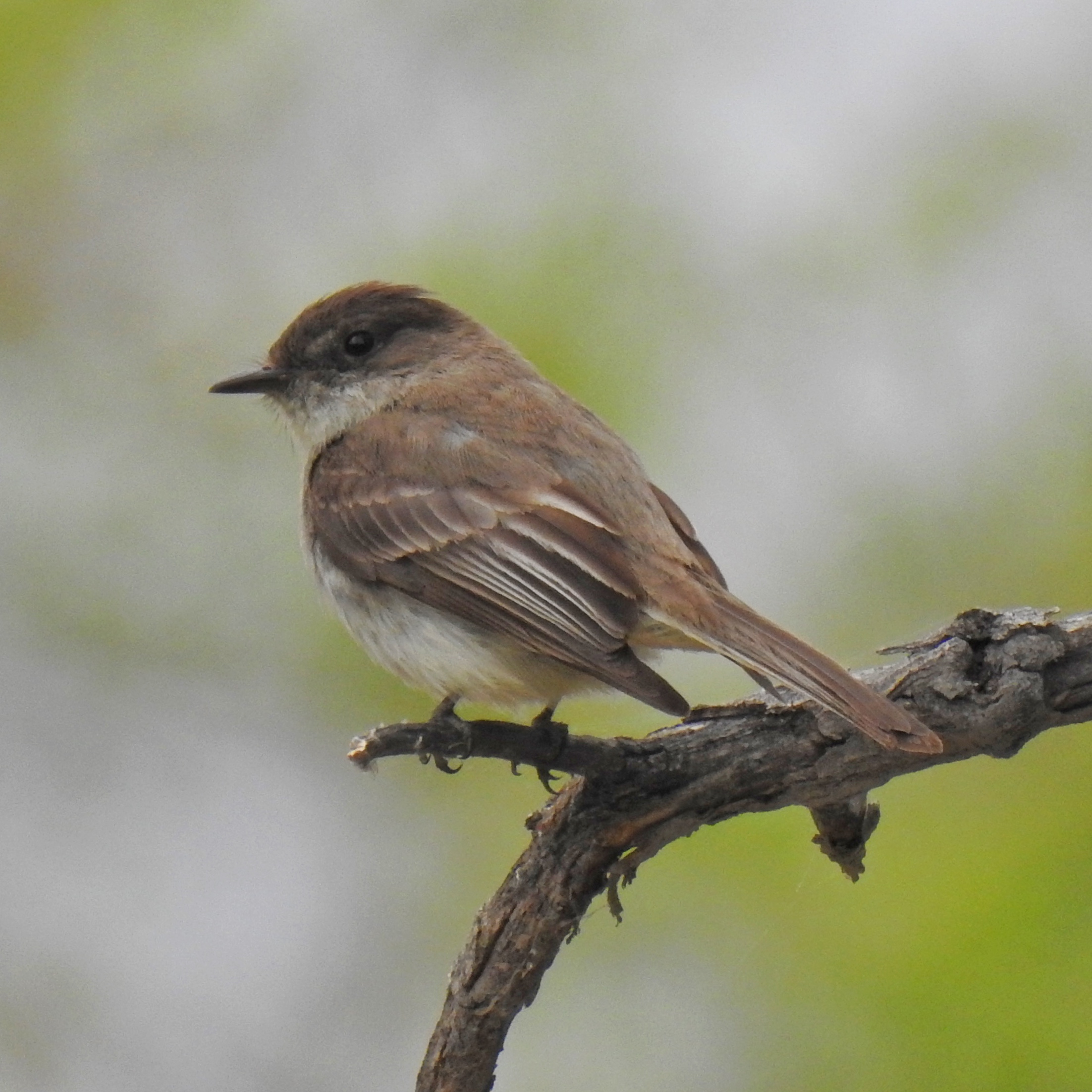 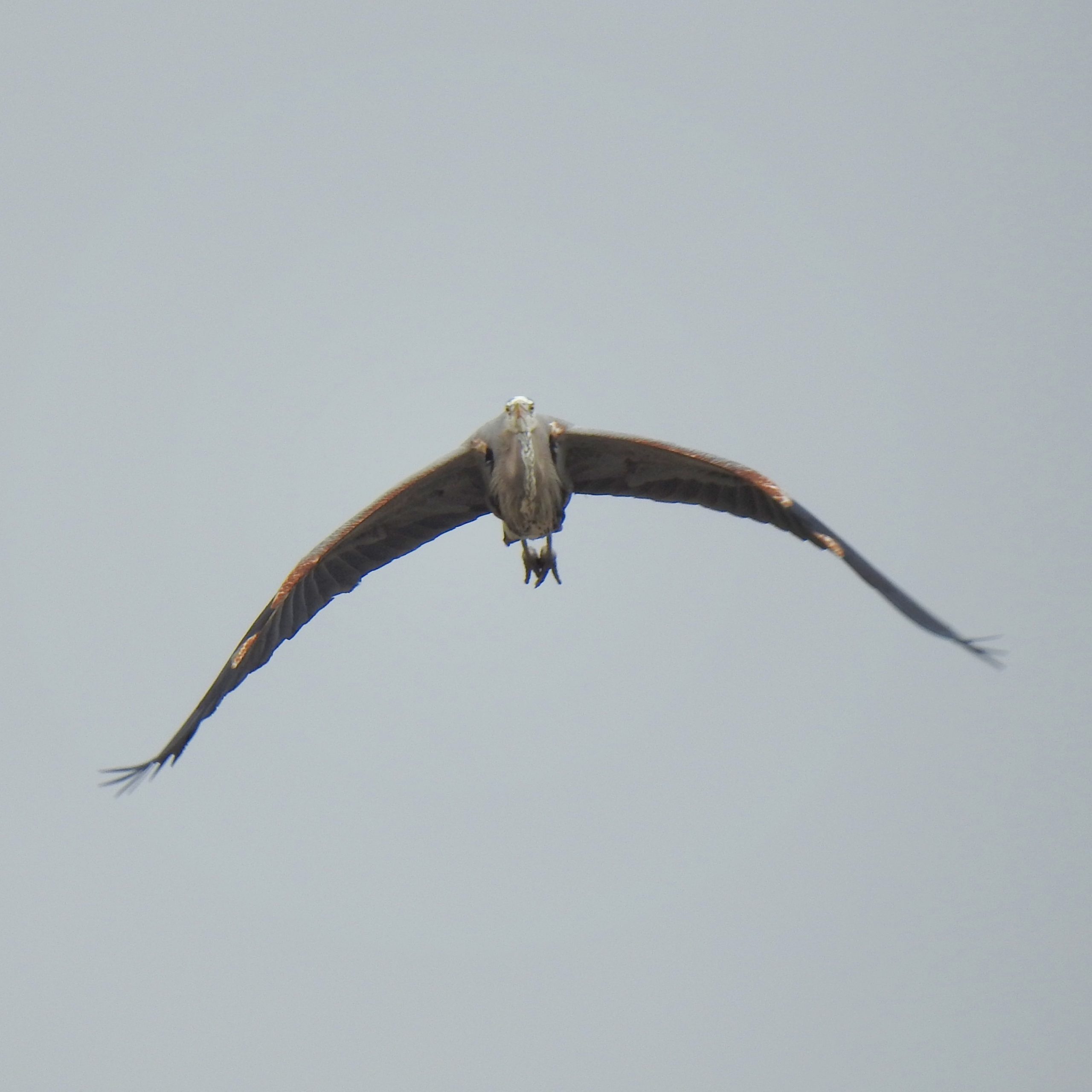 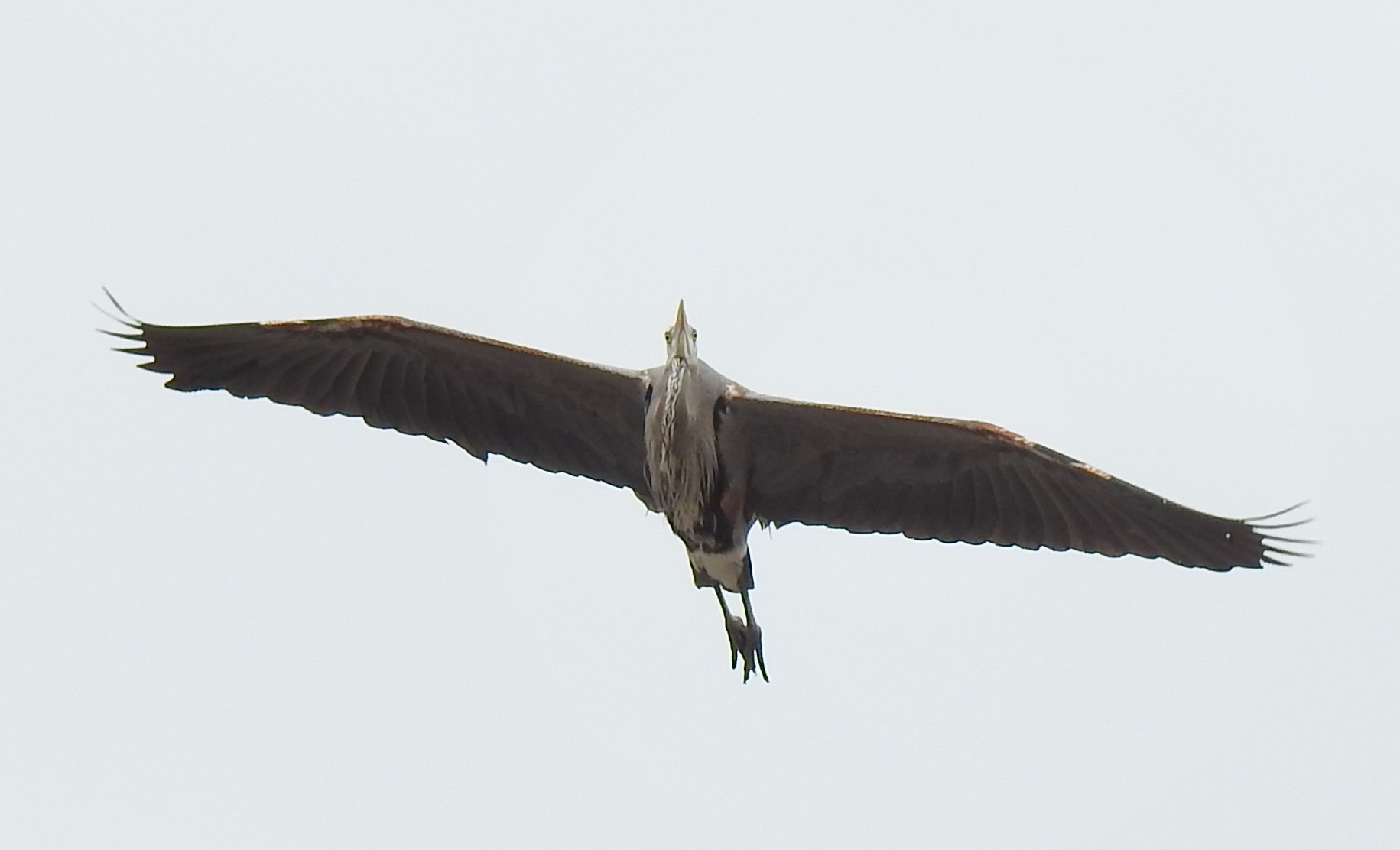 Quite a few Violet-green Swallows were swooping up and down the river. I pointed my camera at a spot where they seemed to be slowing down to drink a lot. If the sun had been out, I think some of my shots would have been pretty good. As it was, this was my best. 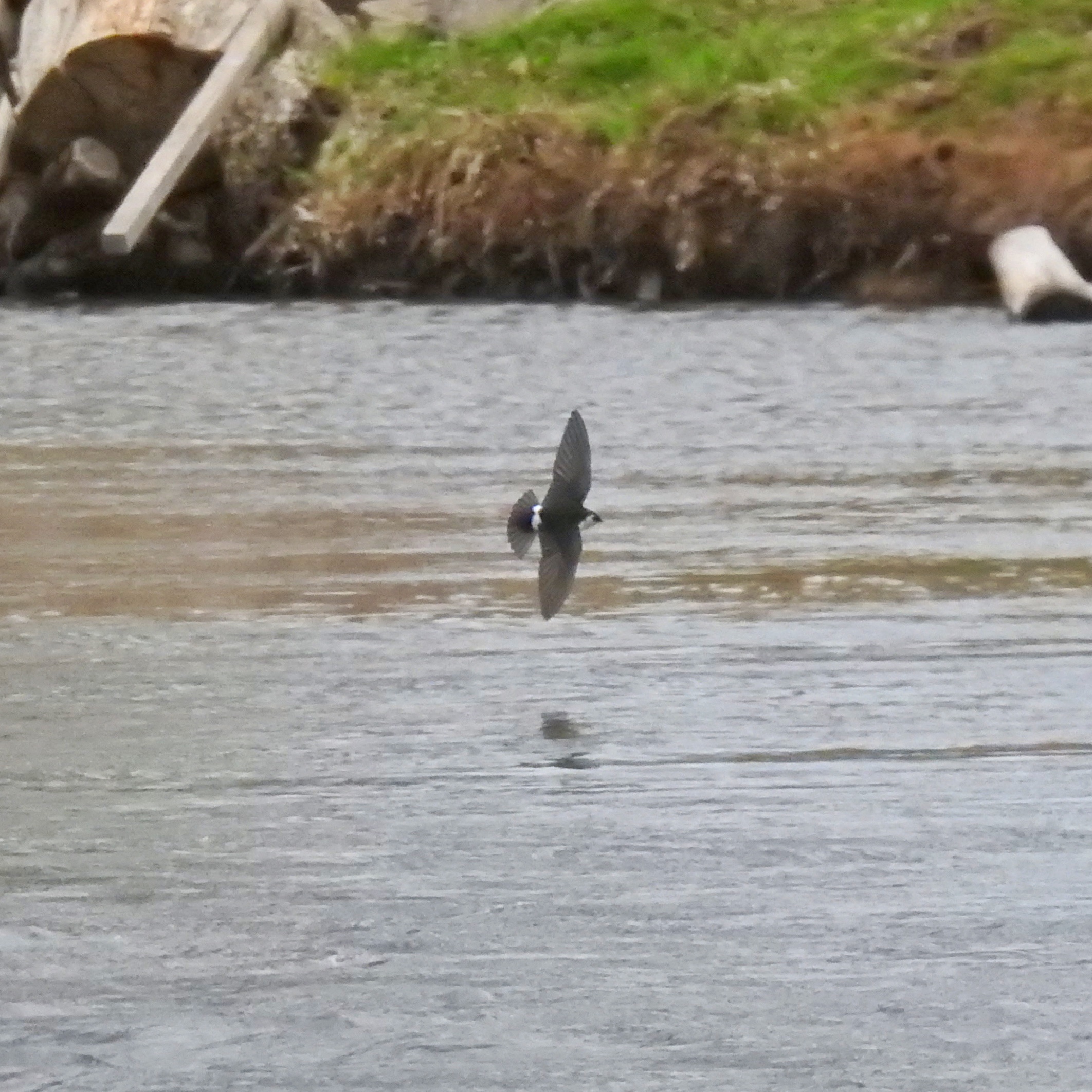 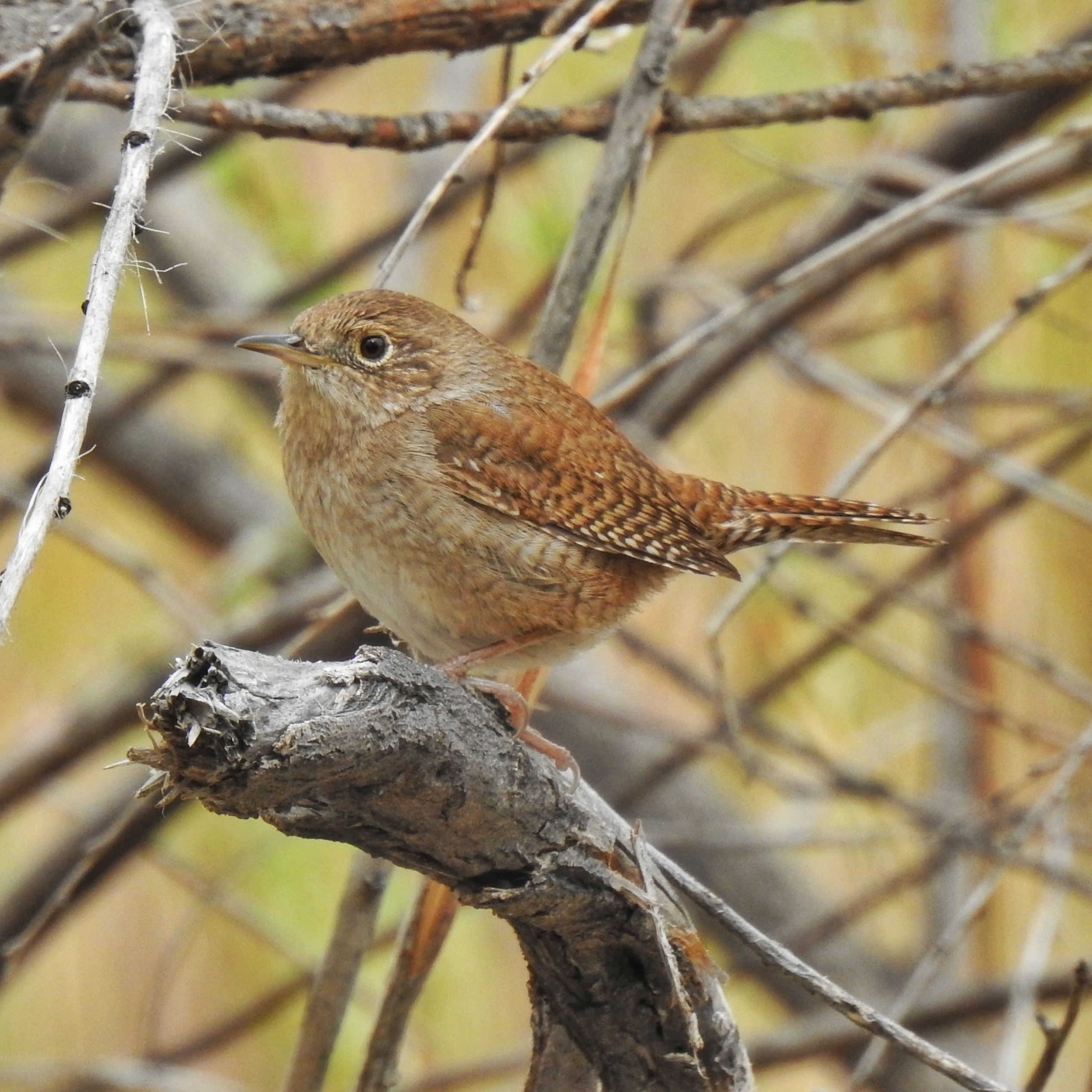 Great Horned Owl on a nest. I’m pretty sure this is the nest a Red-tailed Hawk used a couple years ago. 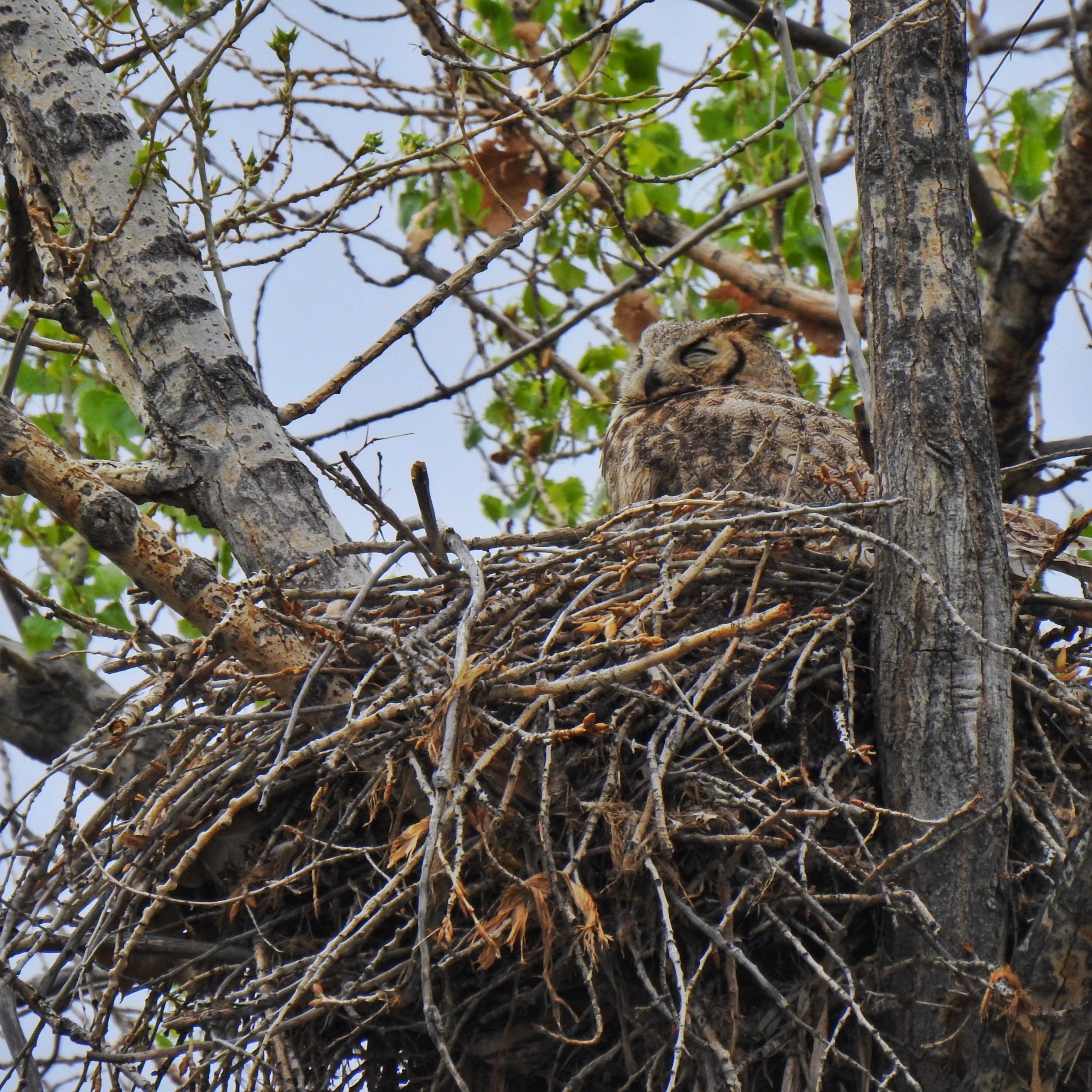 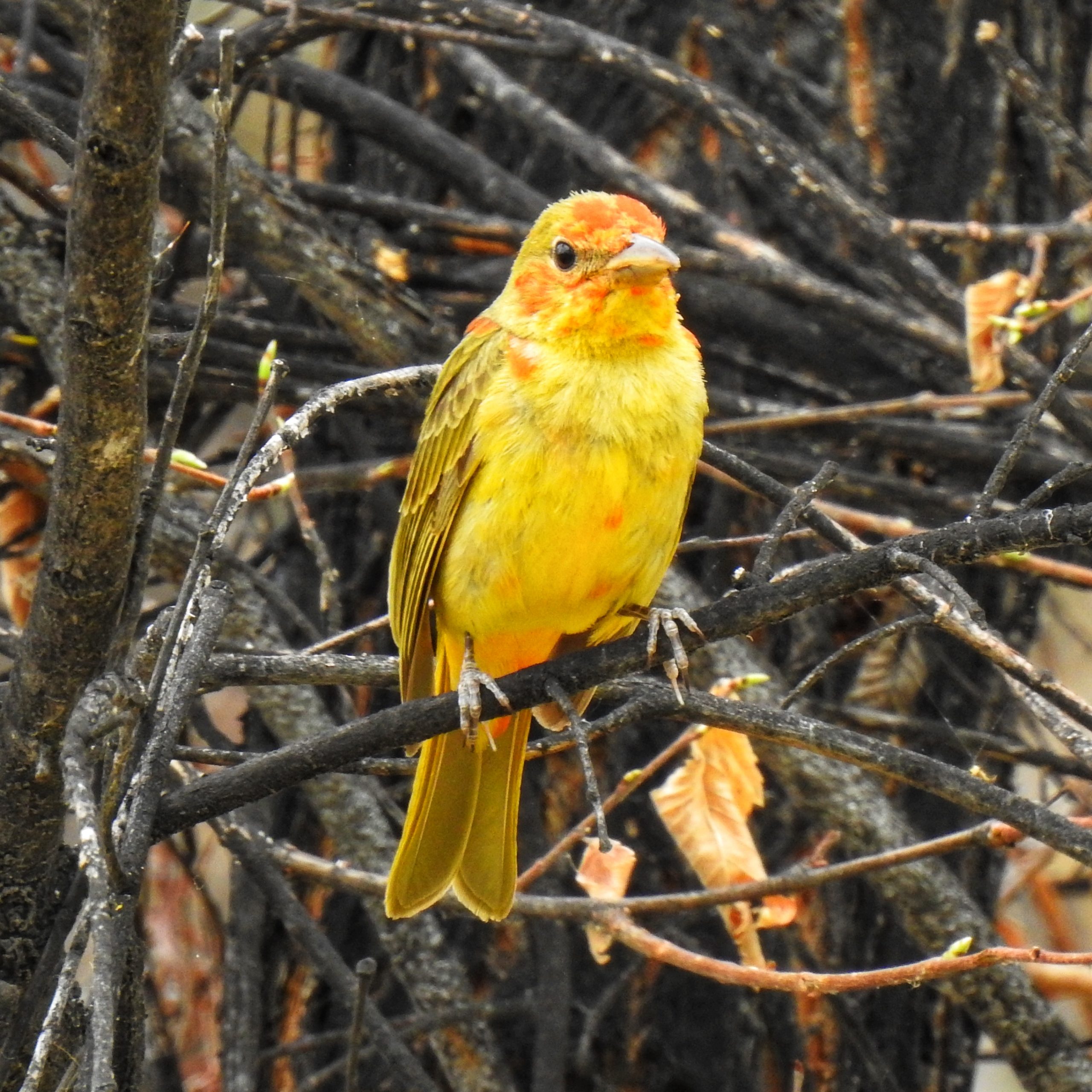 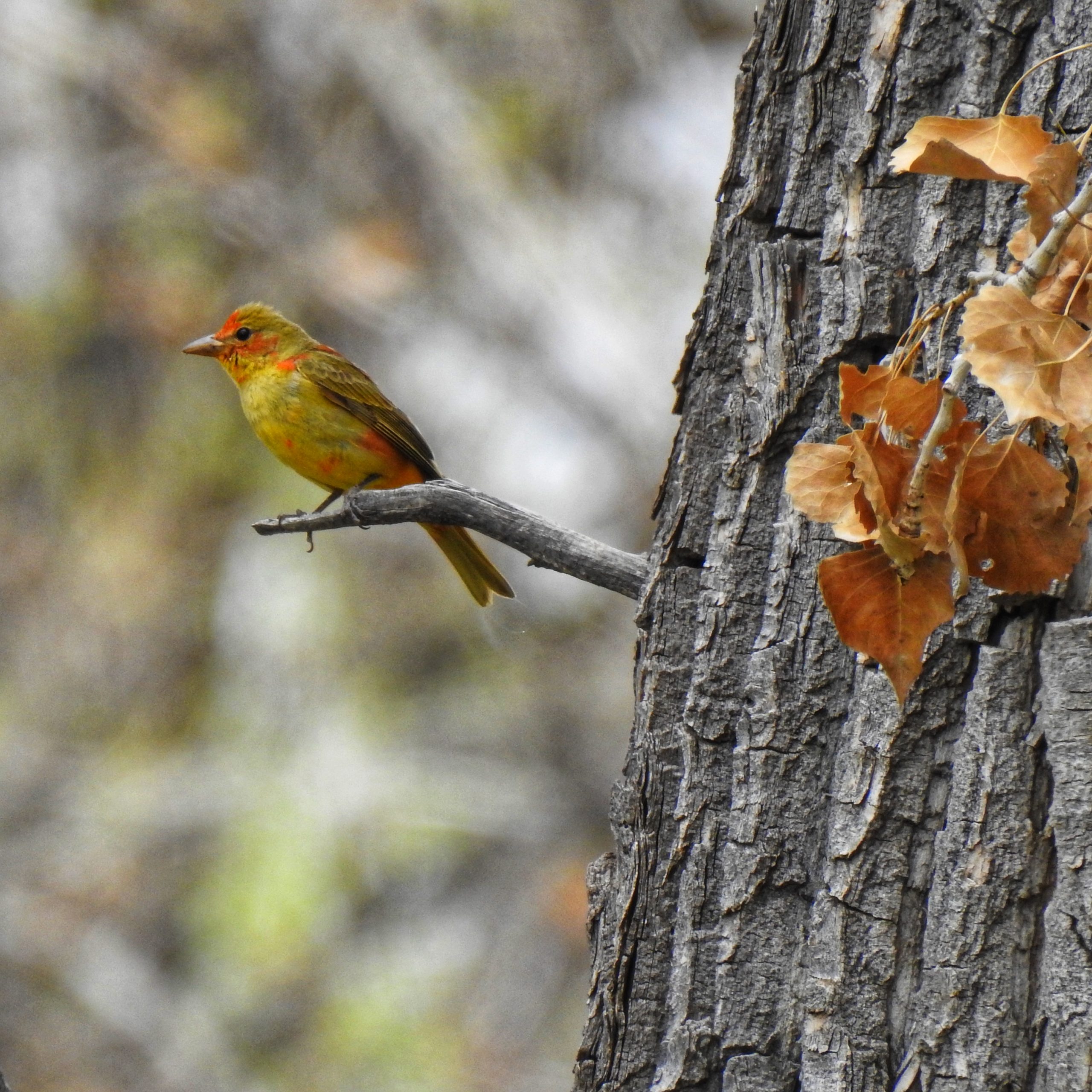 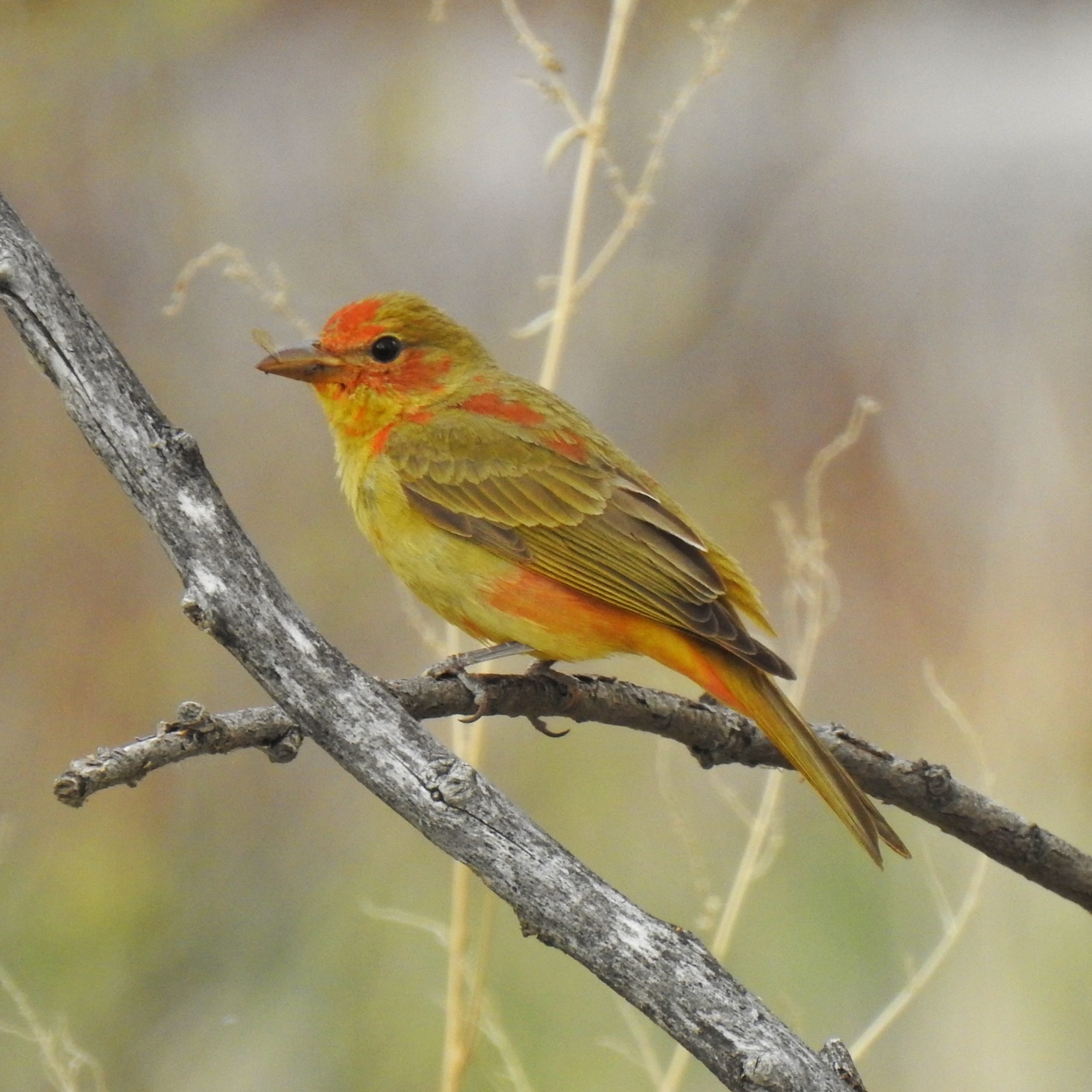 A very cooperative Western Tanager. It flew across the path about six inches off the ground and two feet in front of me, then landed on this perch about six-feet away and just looked back at me. 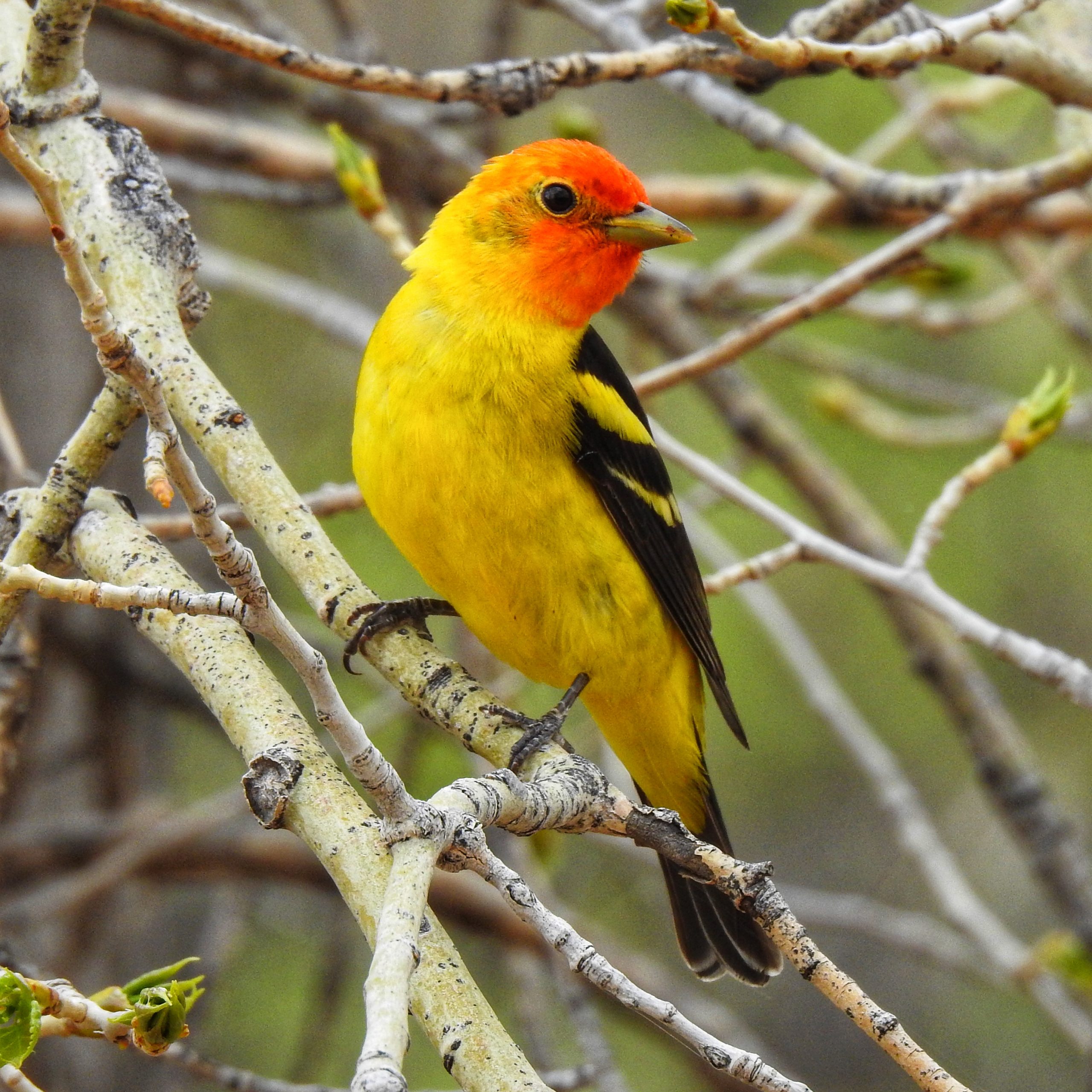 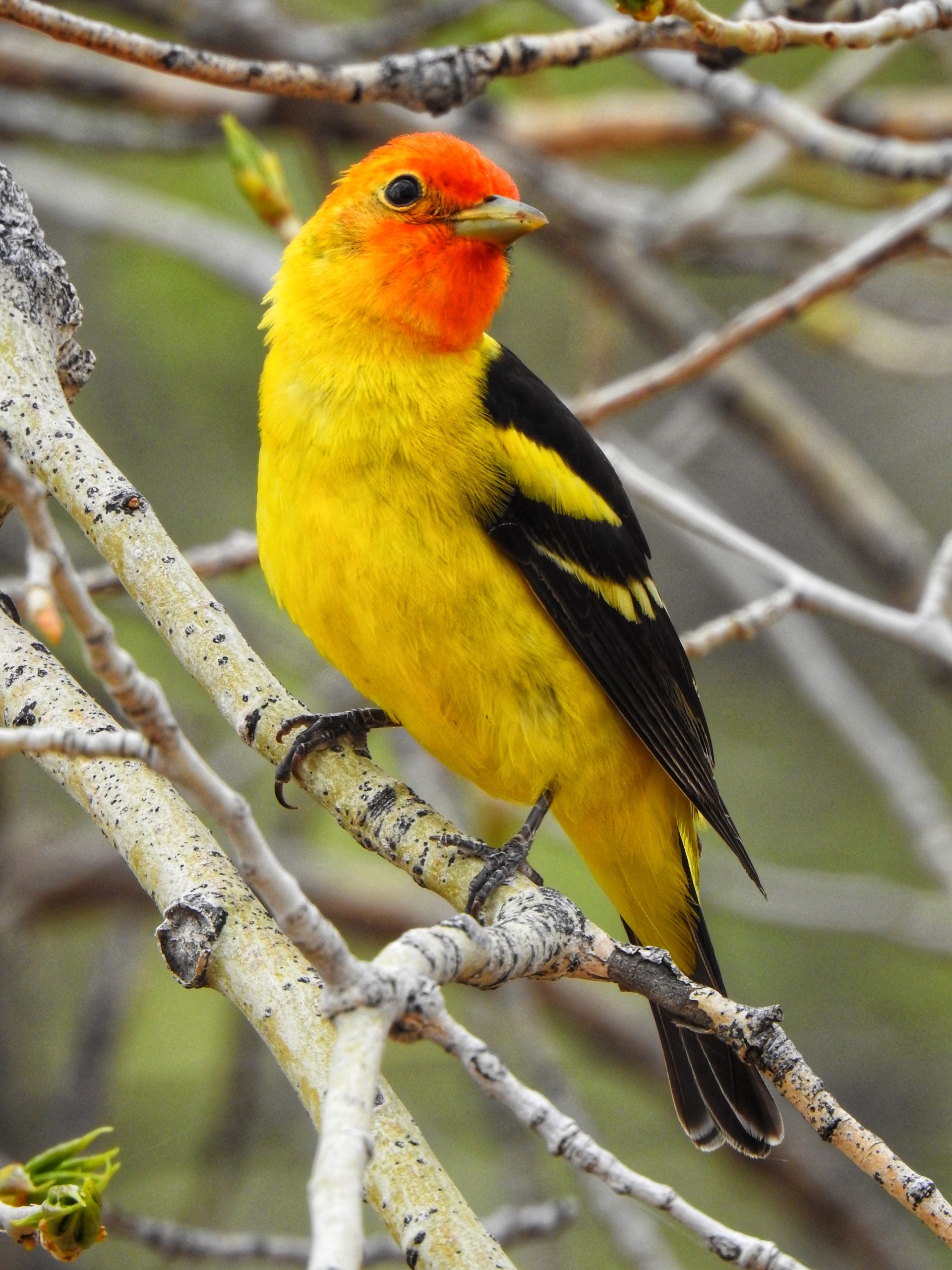 And a Painted Lady butterfly, just because. 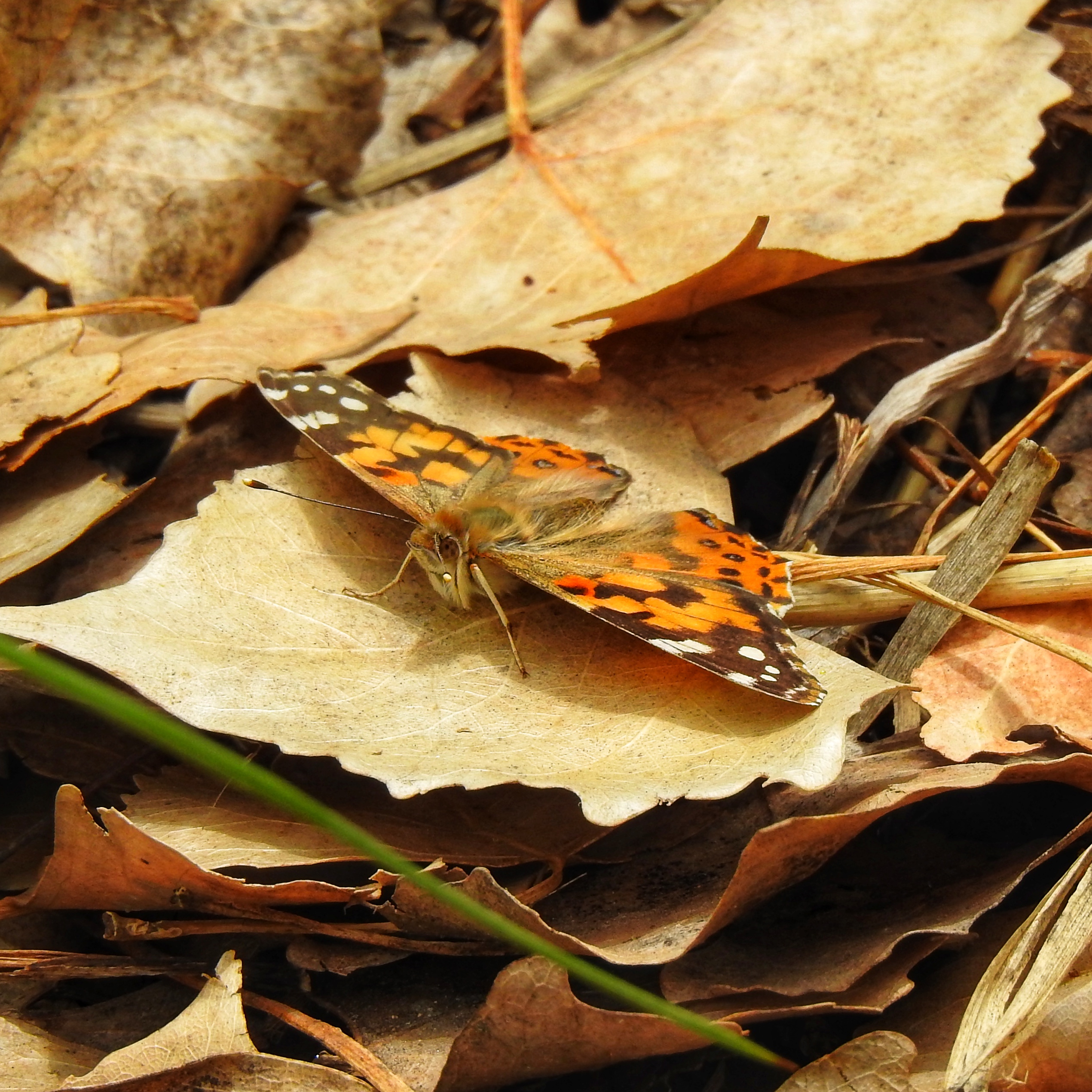 I grabbed lunch at Big Burger World, then stopped on the way home at Brush Hollow Reservoir where not a lot was happening—except for the dozens of cars and boats and fisherman. But I did manage to find a couple Brewer’s Sparrows. 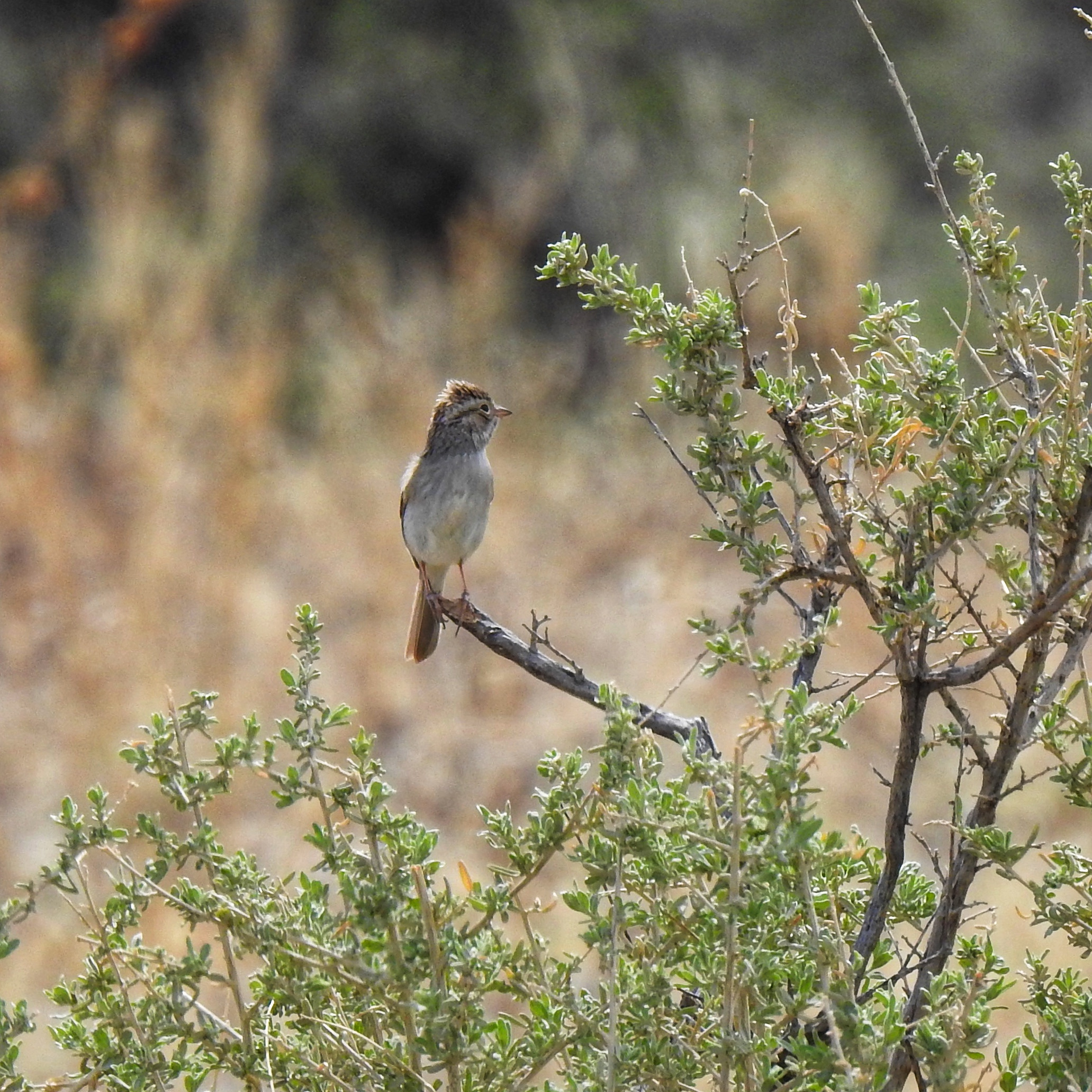 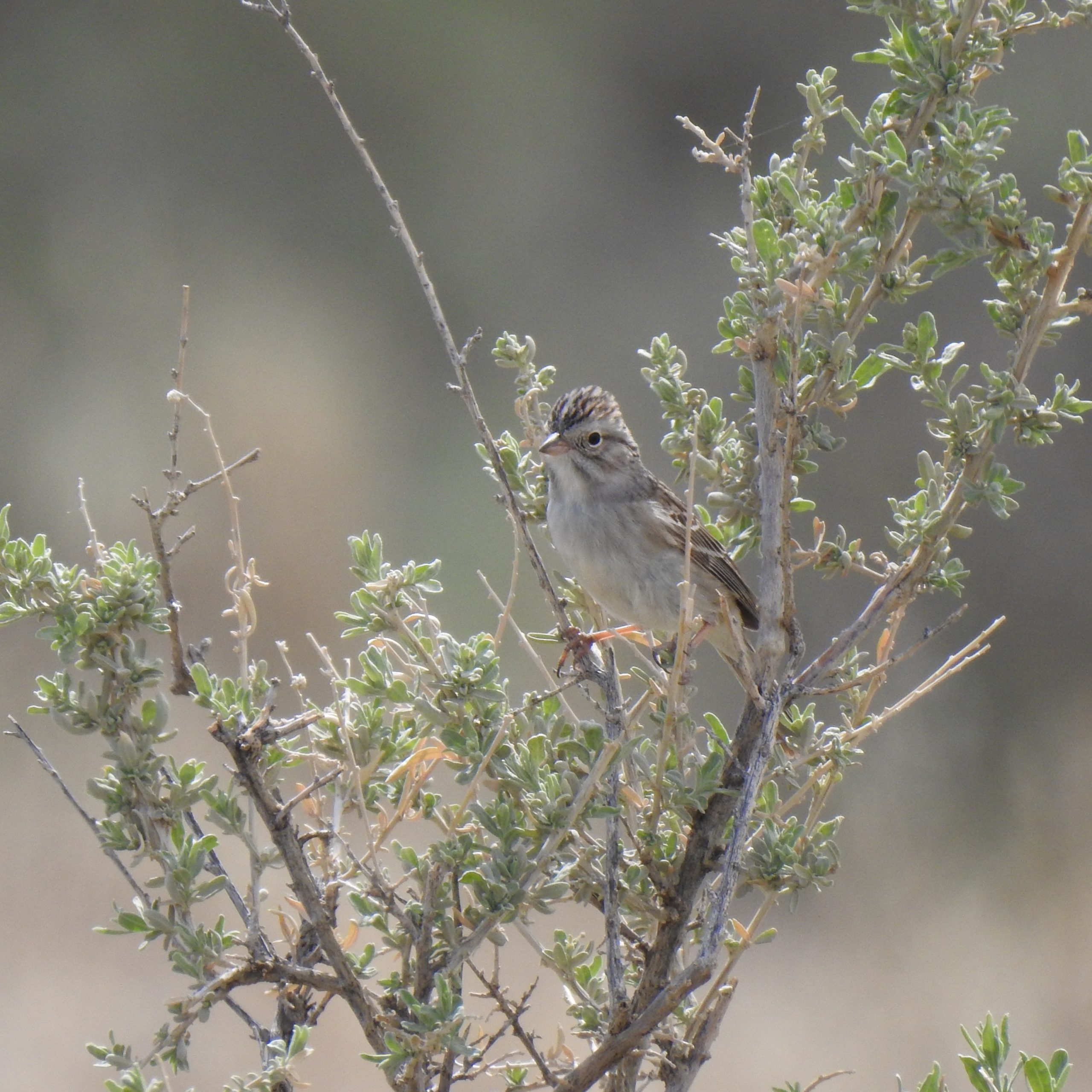 This was one of those “This is why I bird” days.