An a summer vacation, I grabbed a chance to see a game in St. Louis. 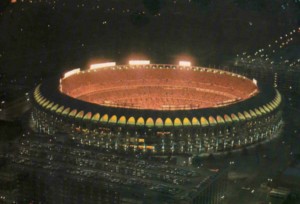 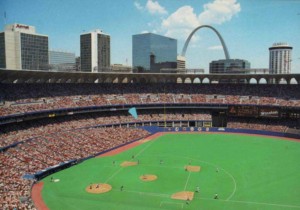 I arrived 45 minutes before the gates opened, so I wandered around the neighborhood. I was trying to decide what to do about supper when I happened to pass Amighetti’s Deli and Bakery. Through the window I saw a guy eating what looked like a very good sandwich. I went in and ordered one for myself, and it was very good. I sat by a window and watched St. Louis go by. After supper I bought a hot-fudge sundae and ate it as I walked back to the park. I visited the St. Louis Sports Hall of Fame, which was interesting, then went to my seat.

My seat was in the extreme left-field corner, about 25 feet up from the field level. I’ve marked it with a blue wedge on the postcard view above. I expected to not like the park, but I didn’t not like it as much as I expected not to. All these photos were taken from my seat. 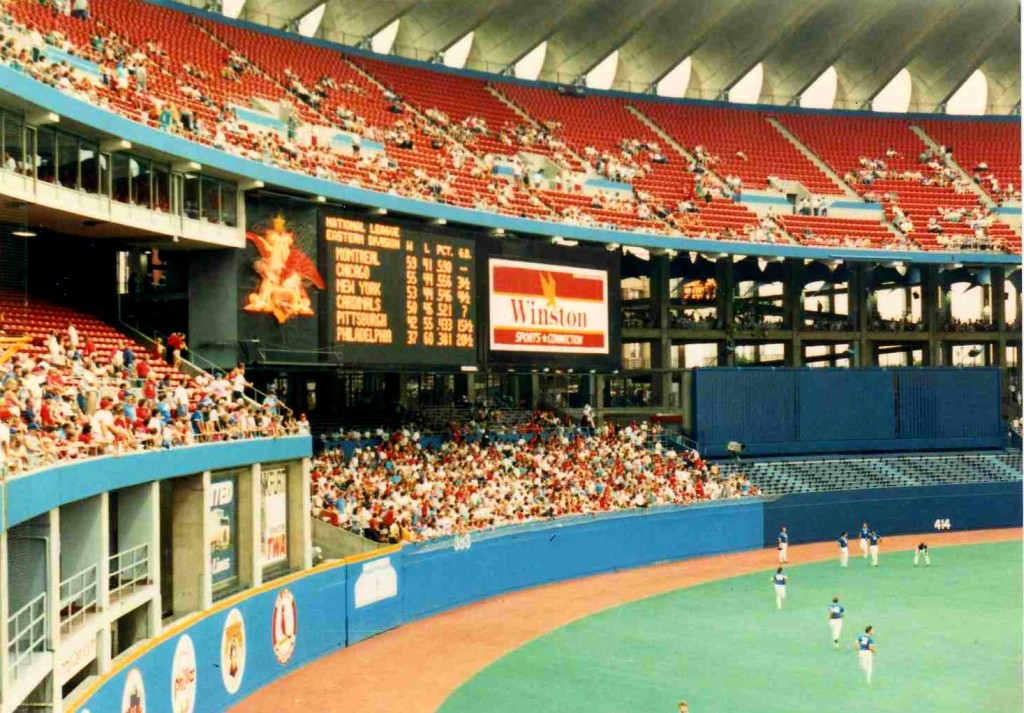 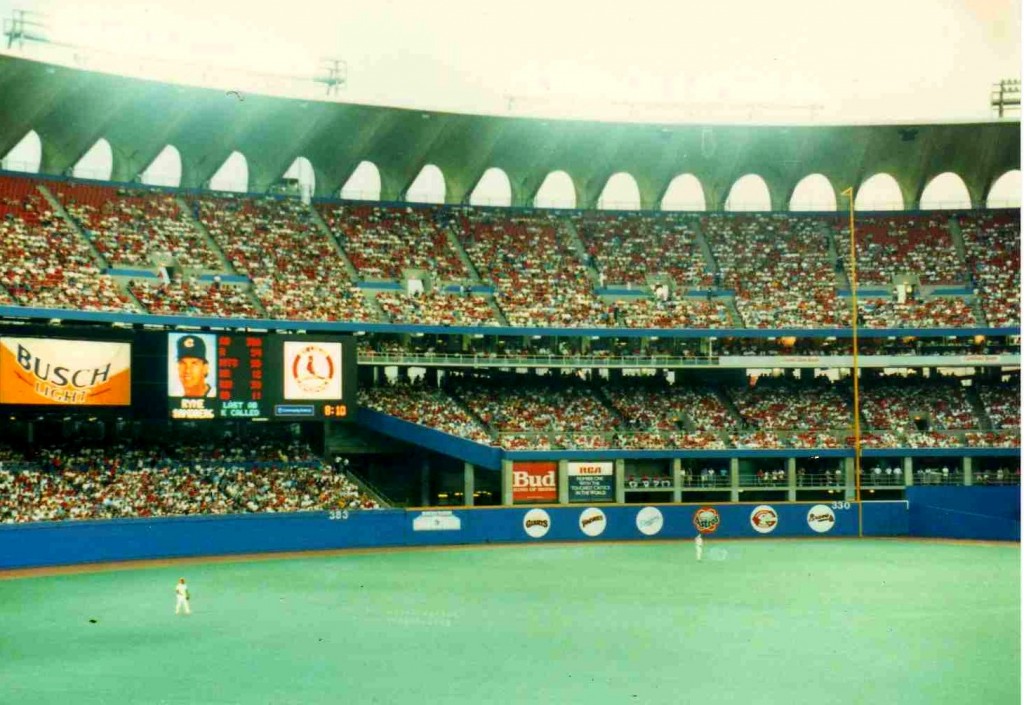 Jerome Walton of the Cubs was in the midst of a long hitting streak and got an infield single. Jose Oquendo had a 23-game streak snapped. Vince Coleman stole his 50th consecutive base.

Here’s Ozzie Smith running out a bunt single in the first inning. 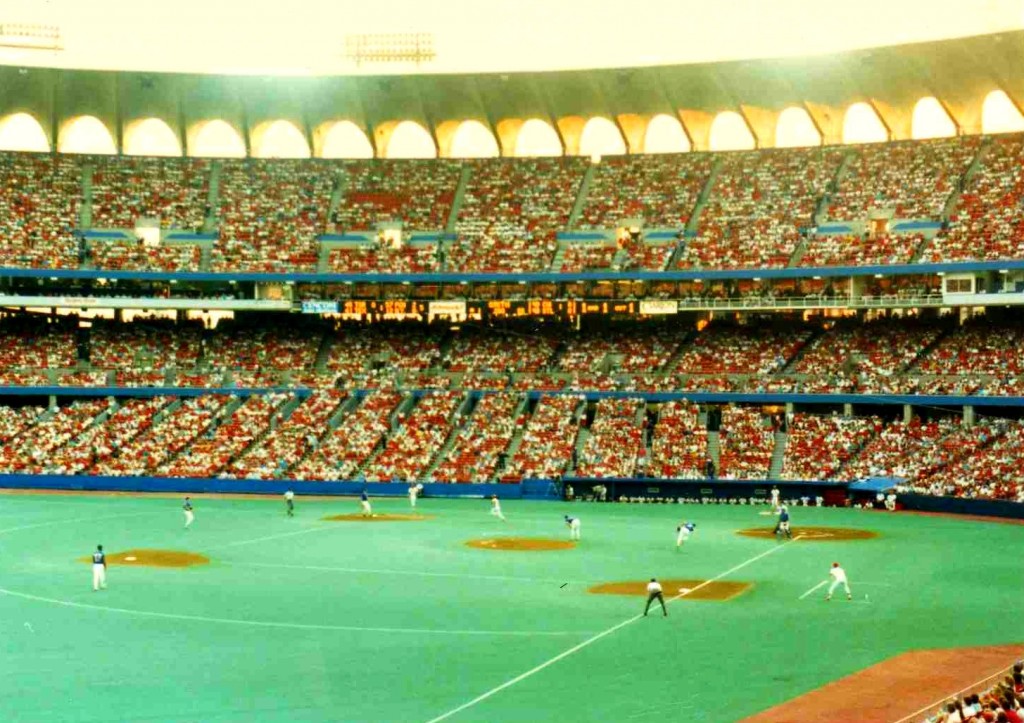 And here,  Vince Coleman has just his his eighth-inning RBI single. 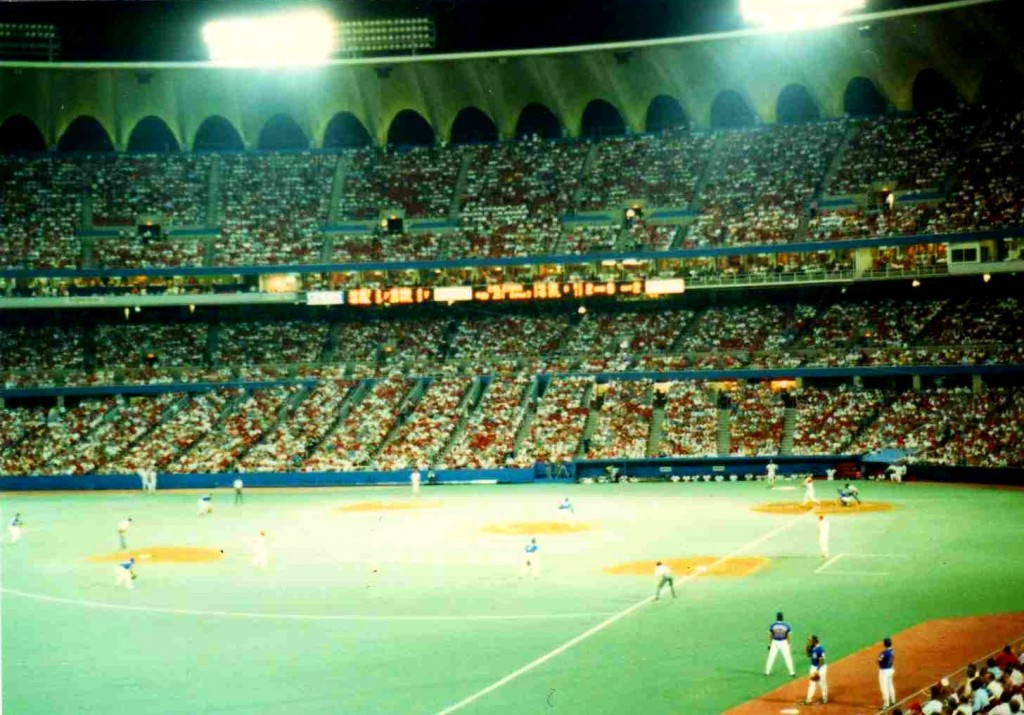 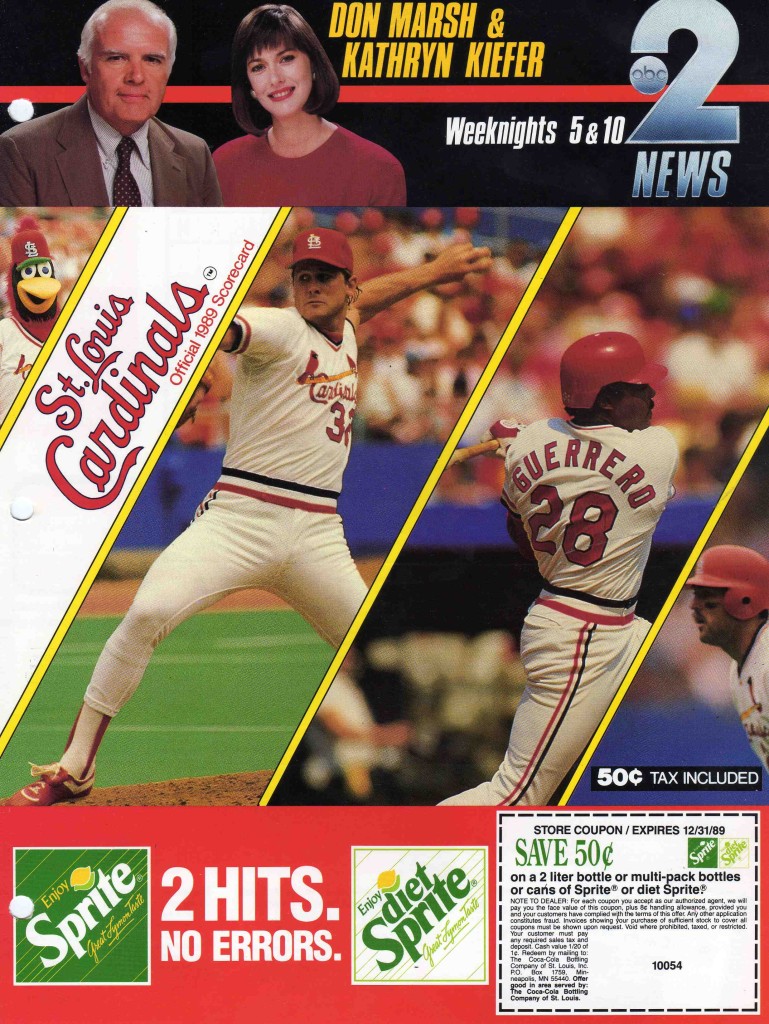 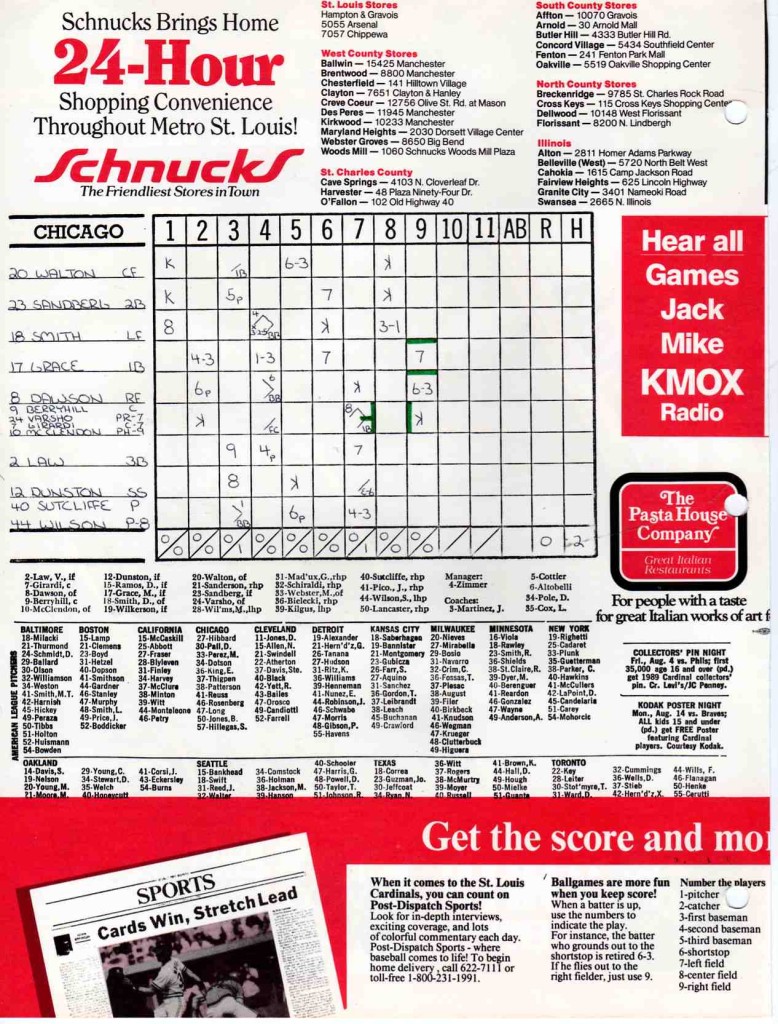 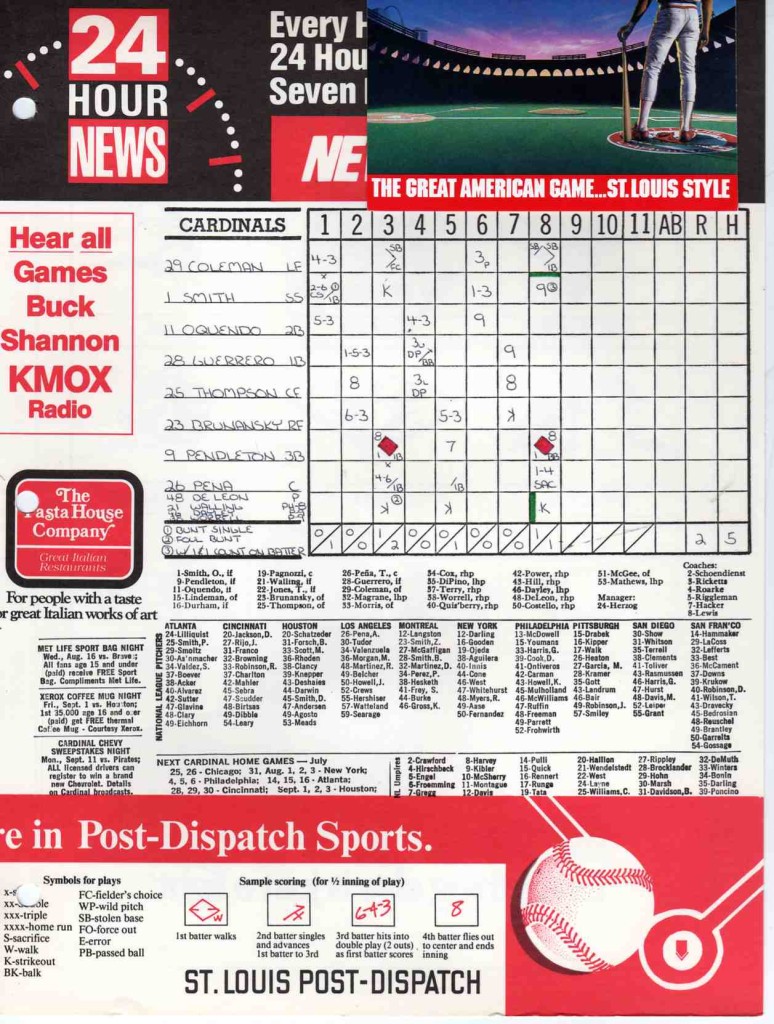 On Thursday, we ate dinner at Ozzie’s Restaurant and Sports Bar. The food was great. Ozzie Smith memorabilia was all over the place. I sat directly beneath the uniform he wore in the 1985 (I think) All-Star game. The waiter was very good — and very happy. I accidentally tipped him too much. I wondered why he thanked me so profusely. I figured it out on the way back to the motel, but I didn’t mind too much. 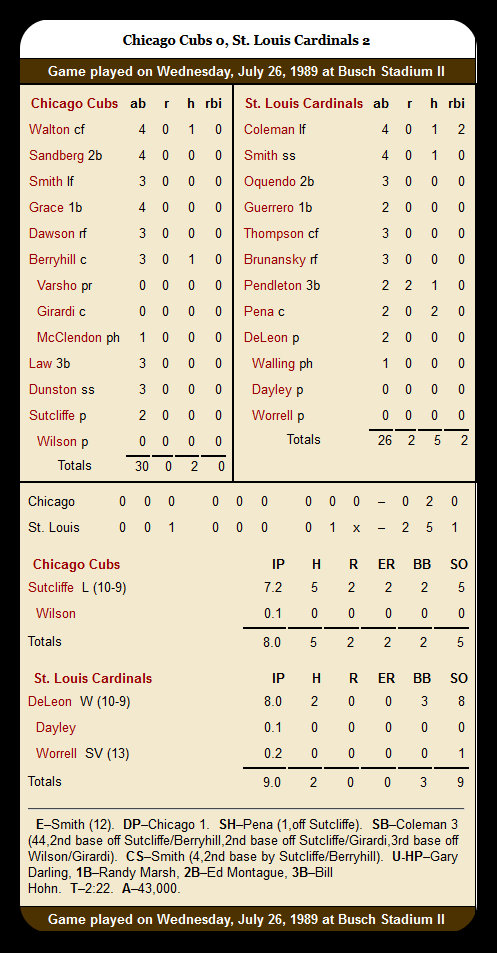