We walked to this fort from our hotel along the shore of Lakes Huron and Michigan and under the Mackinac Bridge. It’s been restored and is operated by the State of Michigan, and I was very impressed. 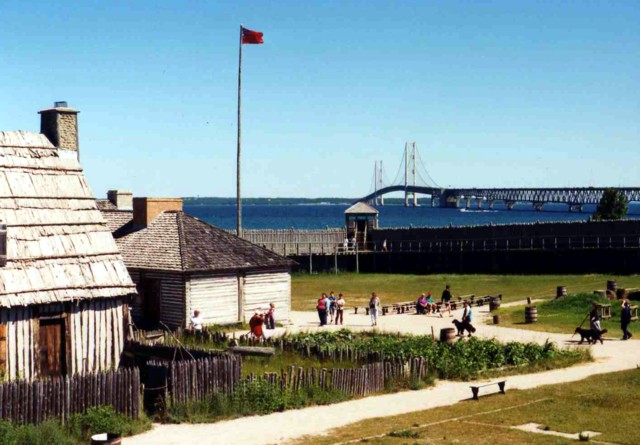 The original fort was built in 1715 by the French as a trading post. The British took it over when they defeated the French and took over their North American possessions. The Indians decided they didn’t like the British. As part of Pontiac’s rebellion, they attacked the fort. It happened on the king’s birthday. The Indians started a ball game, and when their ball went close to the front gate, they suddenly turned on the British and killed or captured them all. Soon thereafter, British troops burned the fort and moved their operation to Mackinac Island.

The fort has been carefully reconstructed using maps, historical documents and archaeological digs, so it looks very much like it used to. A dig was going on while we were there, and some areas have even been left alone to be explored with the advanced archaeological technology of the future. Men and women in period costume interpreted life in the 1700’s. Some buildings contained exhibits on Indians, trading, the life of troops, etc.

We took our time and explored everything. As the morning went on, tourists flocked in. The place was crawling with people, but to get away from the crowd all we had to do was go into an exhibit area where reading and thinking was required.

Here’s the front gate, where the Indian attack took place. 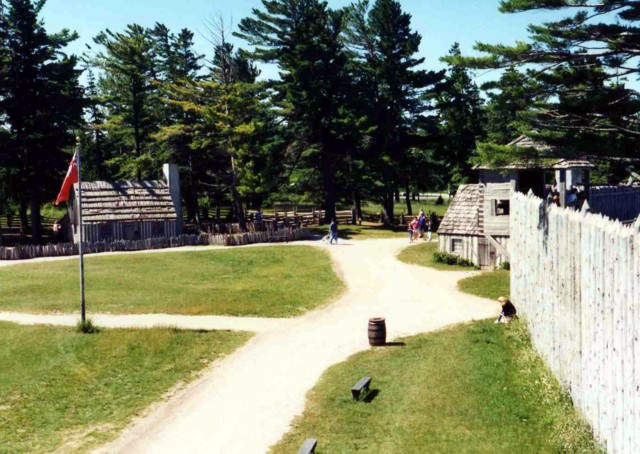 The building in the foreground in the next photo t is a row house where traders lived. 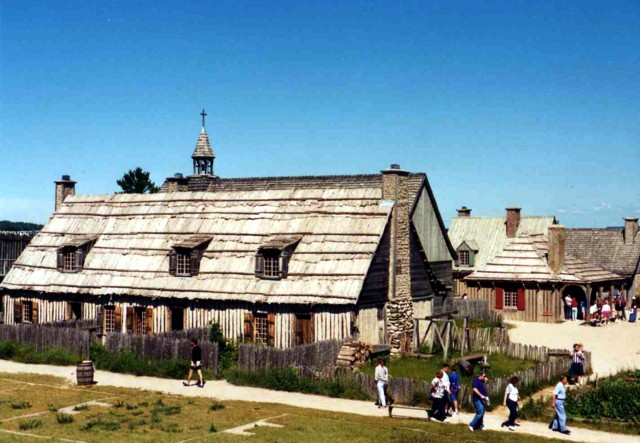 The roped-off area in the photo below (with the tables and barrels) is the current dig. 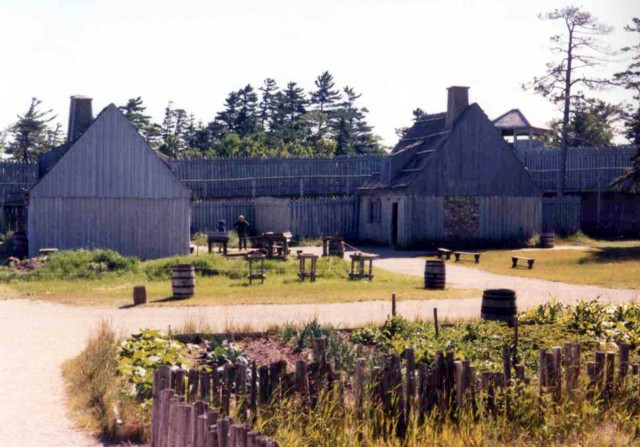 This woman was growing succotash. Really. She planted beans around the base of corn stalks so as the corn grew, the beans could climb up the stalks. 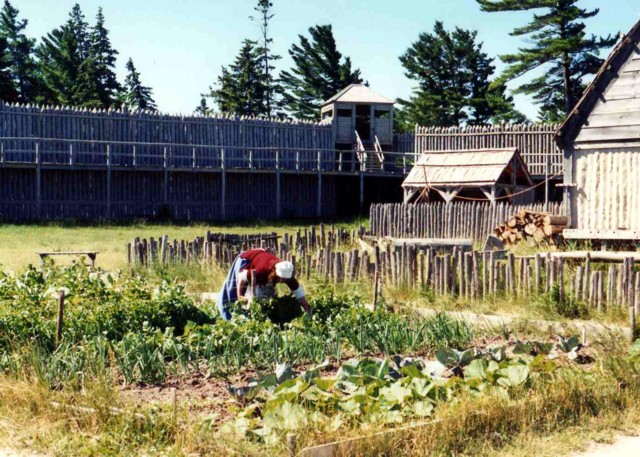 As we were wandering about, we came upon a soldier organizing a militia company made up of tourists’ children. He was explaining the importance of allegiance to the king. He asked if anybody knew who the king was. There was a pause, then one kid tentatively asked, “Elvis?”