My wife and I spent the day in Chicago with another couple. We went to Shedd Aquarium to see the new Oceanarium in the morning, then headed for Wrigley Field. After buying lunch at Yum-Yum Donuts, we entered the park. Our tickets included a parking pass for the lot right across the street by the fire station. The seats were behind the Braves’ dugout a row in front of the first aisle. When the game began, ushers blocked off the aisle, so we didn’t have anybody walking behind us either. Bill Cosby (below) threw out the first pitch. 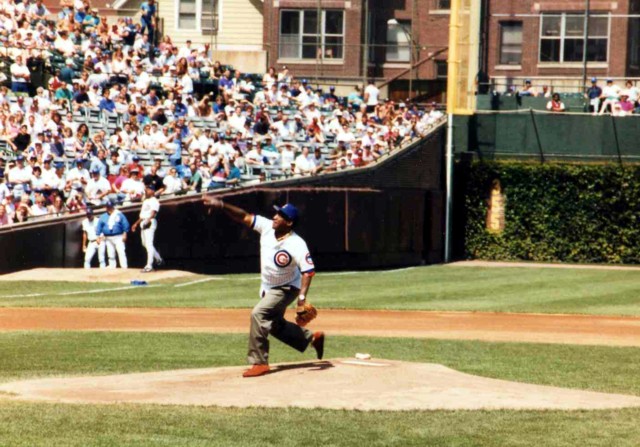 The game was a good one until it got upstaged by the Chicago Air and Water Show. Along about the fifth inning, we began seeing a variety of planes flying past the park. Most of the crowd was watching the show rather than the game. That’s Ryne Sandberg batting below. 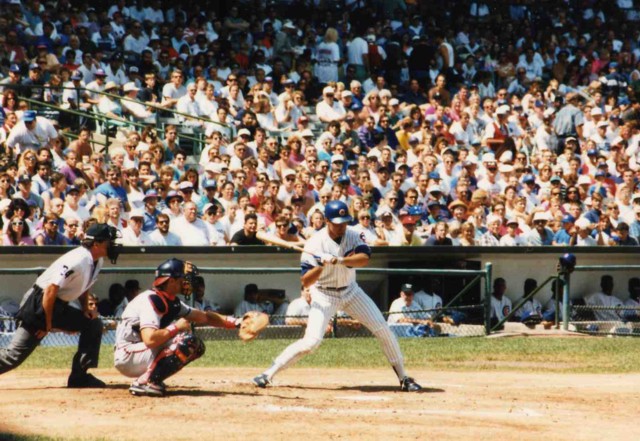 In the top of the eighth inning, the Cubs had a one-run lead. The Braves had one man on and Fred “Crime Dog” McGriff at the plate. Cubs’ manager Jim Lefebvre brought in Dan Plesac to pitch. He was just winding up to throw the ball when BOOOOOM!!! A jet from the air show flew over the field just above roof level. It had come from behind the grandstand, so the immensely-loud sound arrived without warning. I was watching Mark Grace at the time and saw him jump about three feet to his left. My wife and I both jumped three feet to our left. In fact, I think every person in the park jumped three feet to the left. It was so loud, so sudden, so startling that it came as a physical shock. 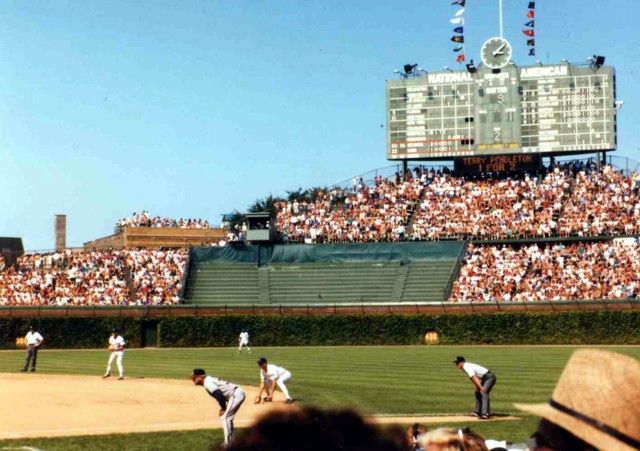