My wife, daughter, and I went to this game with a group from work. A few staff members were there, along with about 35 visitors. Our seats were down the right-field line under the upper deck. They weren’t bad, but my view of first base was blocked by a pillar. It was in the mid-70’s and sunny, a beautiful day. The game wasn’t so hot. The Cubs hit two solo home runs and lost 4-2 in spite of six innings of one-run, eight-strikeout pitching by Kerry Wood. 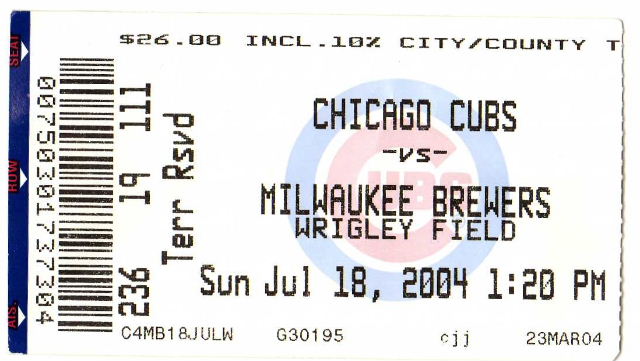 To get home, the bus driver drove south almost to downtown before cutting over to the expressway, which was bumper-to-bumper. the game ended shortly after 4:00, but we didn’t get back home until almost 7:00. 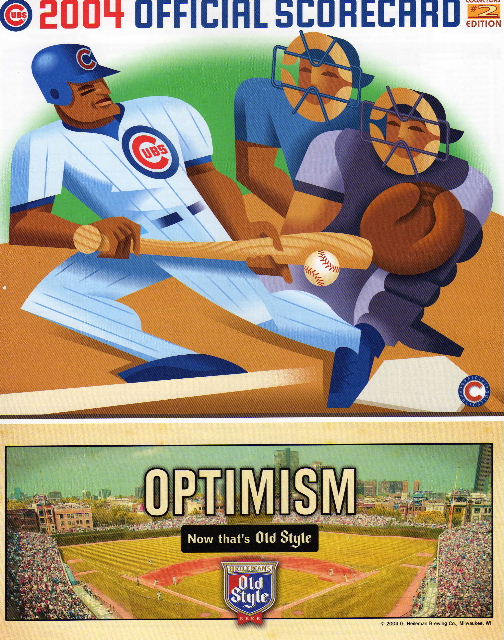