Two friends and I bought tickets to this game back in March. Our seats were in the lower level, just down the first-base line, but they were only six rows from the back wall of the stadium. We were given plastic beverage pitchers when we arrived.

Dwight Gooden was pitching for New York against Mike Bielecki. That’s a match-up that would normally have Cub fans worried, but on this day the Cubs got 11 hits off Gooden, the most he had ever allowed in his career up to that time, and touched him for six runs.

But wait — this was the Cubs. By the time Bielecki had thrown three pitches, the Cubs were down by two. When Gooden left the game at the end of the seventh inning, the Mets were winning 14-6. A parade of Cubs relievers didn’t help the situation, and the Mets scored five more in the eighth. It was 19-6 when the Cubs brought in diminutive outfielder Doug Dascenzo to pitch the ninth. The crowd roared with laughter. 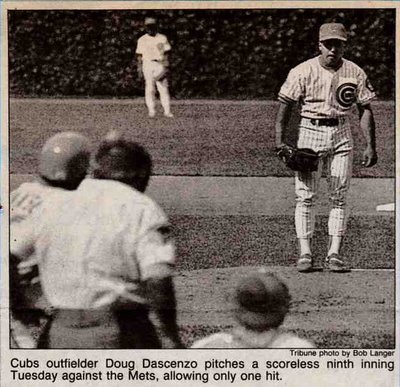 An old geezer sitting behind me wasn’t tracking. He tapped me on the shoulder and asked me why everyone was cheering. I said, “Dascenzo is pitching.” He sat back.

A few moments later he tapped me again. “What’s so exciting about him pitching?”

“He’s not a pitcher. He’s an outfielder.”

“Oh. So is he really popular or something?”

I was still pretty sure he didn’t get it, but he didn’t bother me anymore.

Dascenzo pitched to three batters, gave up one hit and ended the inning by getting Tim Teufel to ground into a double play. The crowd roared the entire time. The Cubs scored two meaningless runs in the bottom of the ninth to lose 19-8. But the guy sitting behind me probably never noticed. 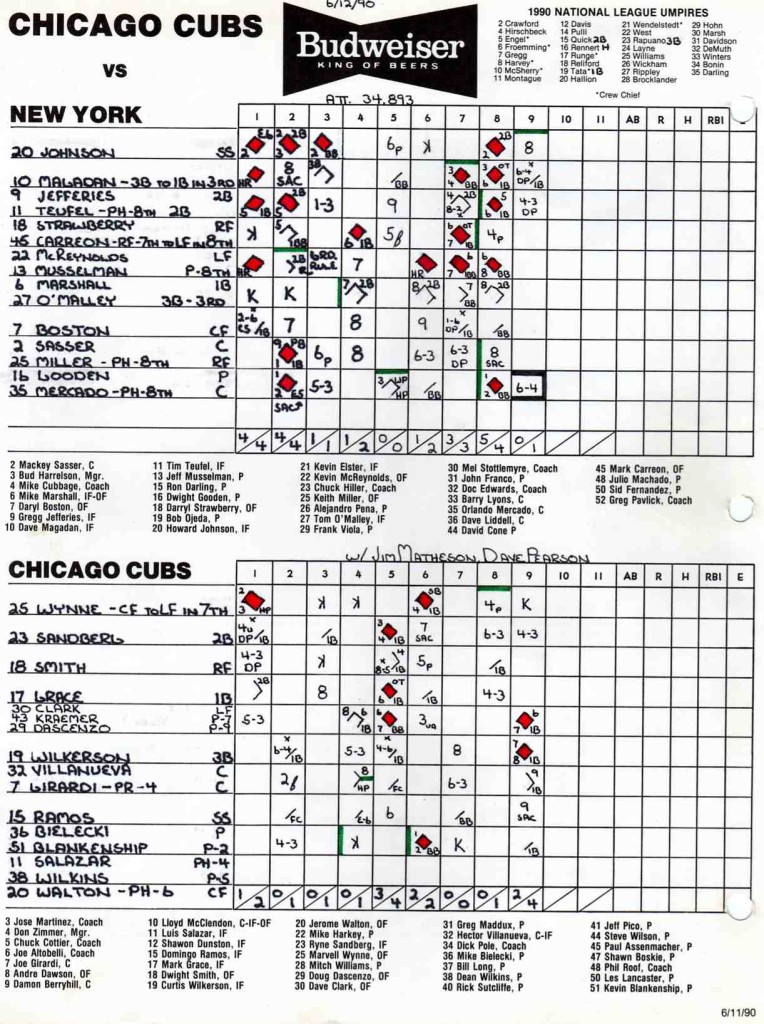