My sister called today and asked if we would be interested in tickets to tonight’s Cubs game at Wrigley Field. It took us about two seconds to say yes. We rode down with a group from work on a fancy coach bus and arrived at 5:00 pm, about an hour before game time.

Our seats were way down the left-field line, back under the grandstands near the back wall, but there isn’t a bad seat in Wrigley Field, so we could see the action just fine. We bought hot dogs (which were actually pretty good) and a bag of peanuts and sat back to enjoy the action. 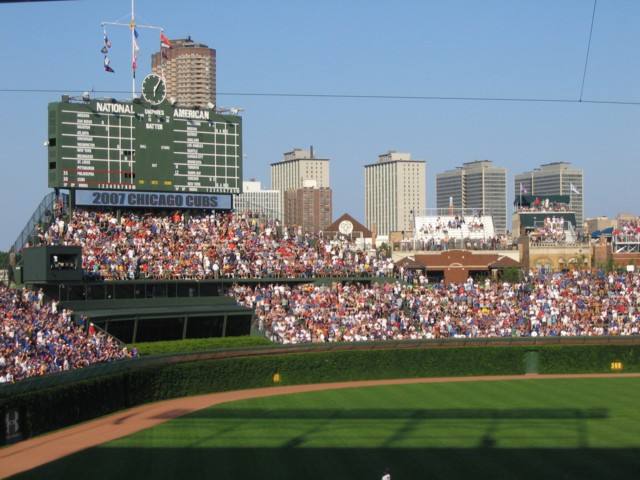 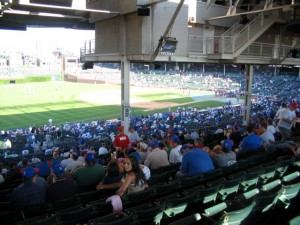 The only problem was that there wasn’t a lot of action — not from the Cubs anyway. If they had won the game, they would have been tied for first, but they lost 4-1. The Phillies scored all their runs on two home runs by ex-White Sox, Aaron Rowand and Tadahito Iguchi. The Cubs lone run came on a home run by Ryan (The Riot) Theriot. There were some good defensive plays, including a put-out by Cubs’ pitcher Ryan Dempster at home plate. 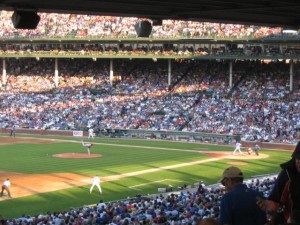 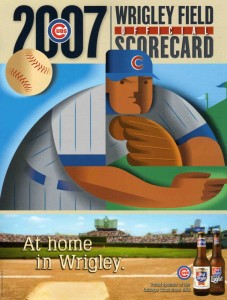 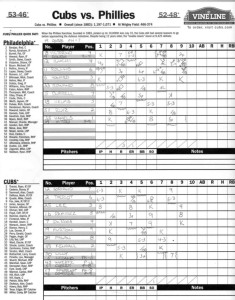 Here’s a bit of Cubs lore that is kinda interesting. A building behind the right field bleachers displays two signs. One says “EAMUS CATULII,” which means “Go Cubs” in Latin — sorta. It actually means something like “Go Whelps.”

AC is “year of the Cubs”

03 is the number of years since they last won their division.

61 is the number of years since they were National League champs.

98 is the number of years since they won the World Series. 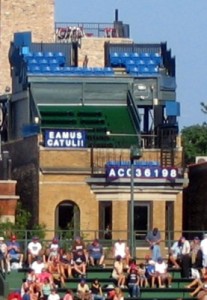 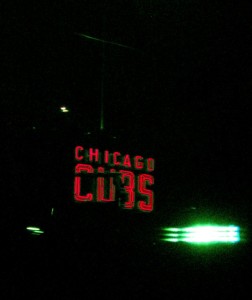 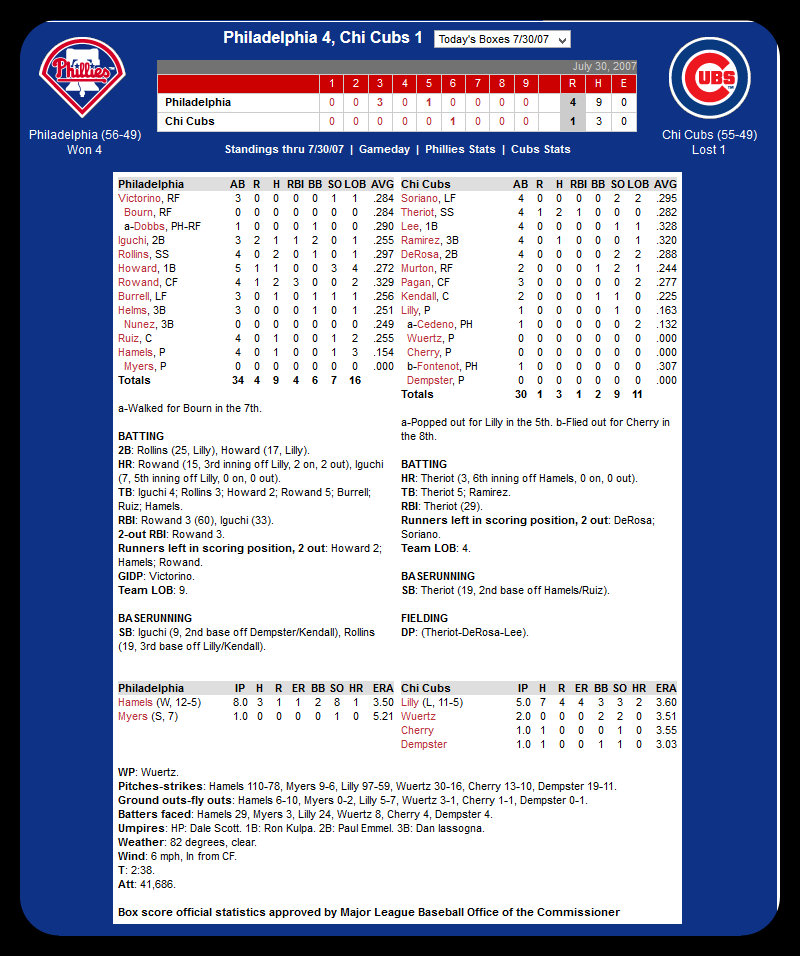