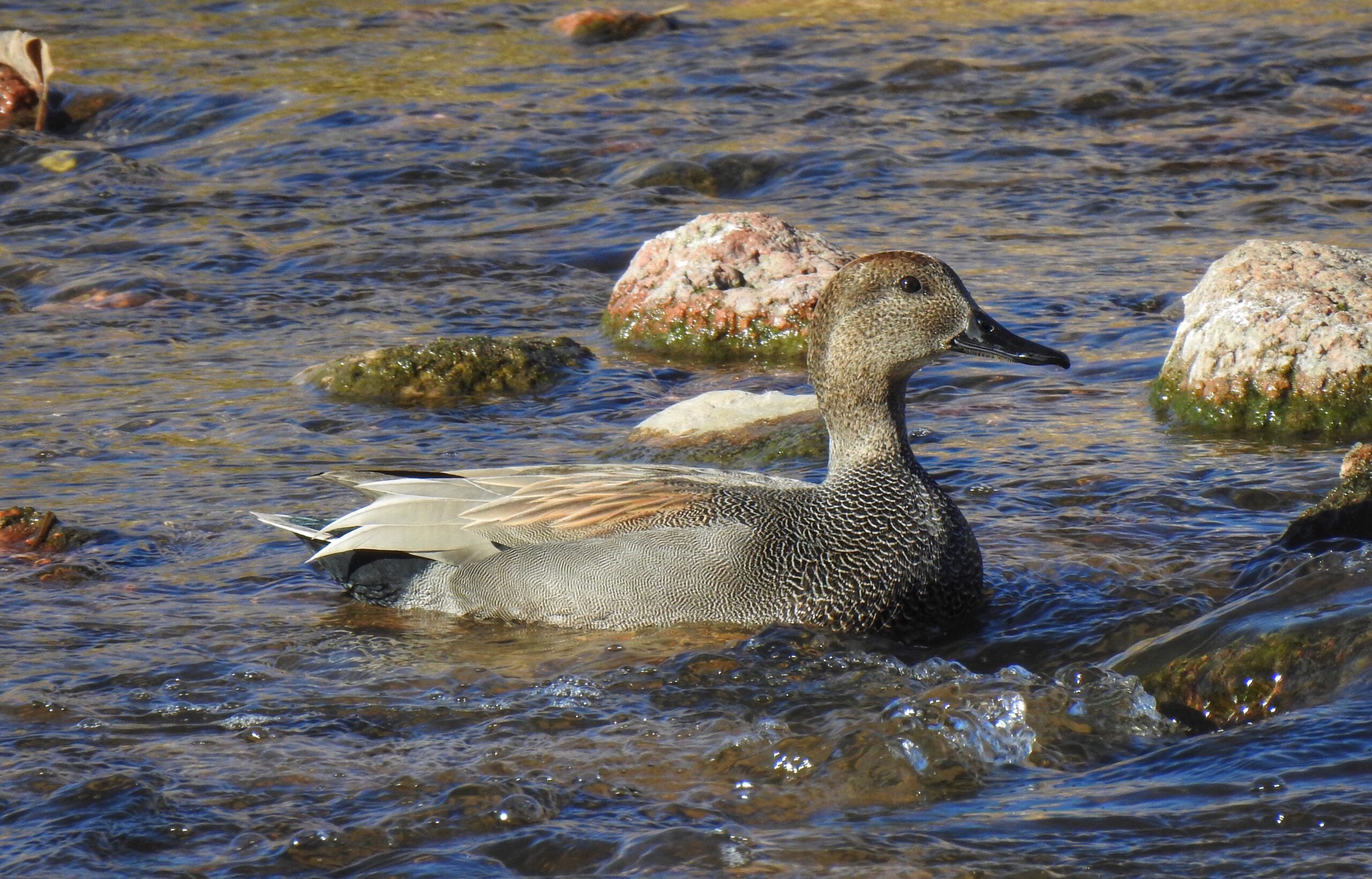 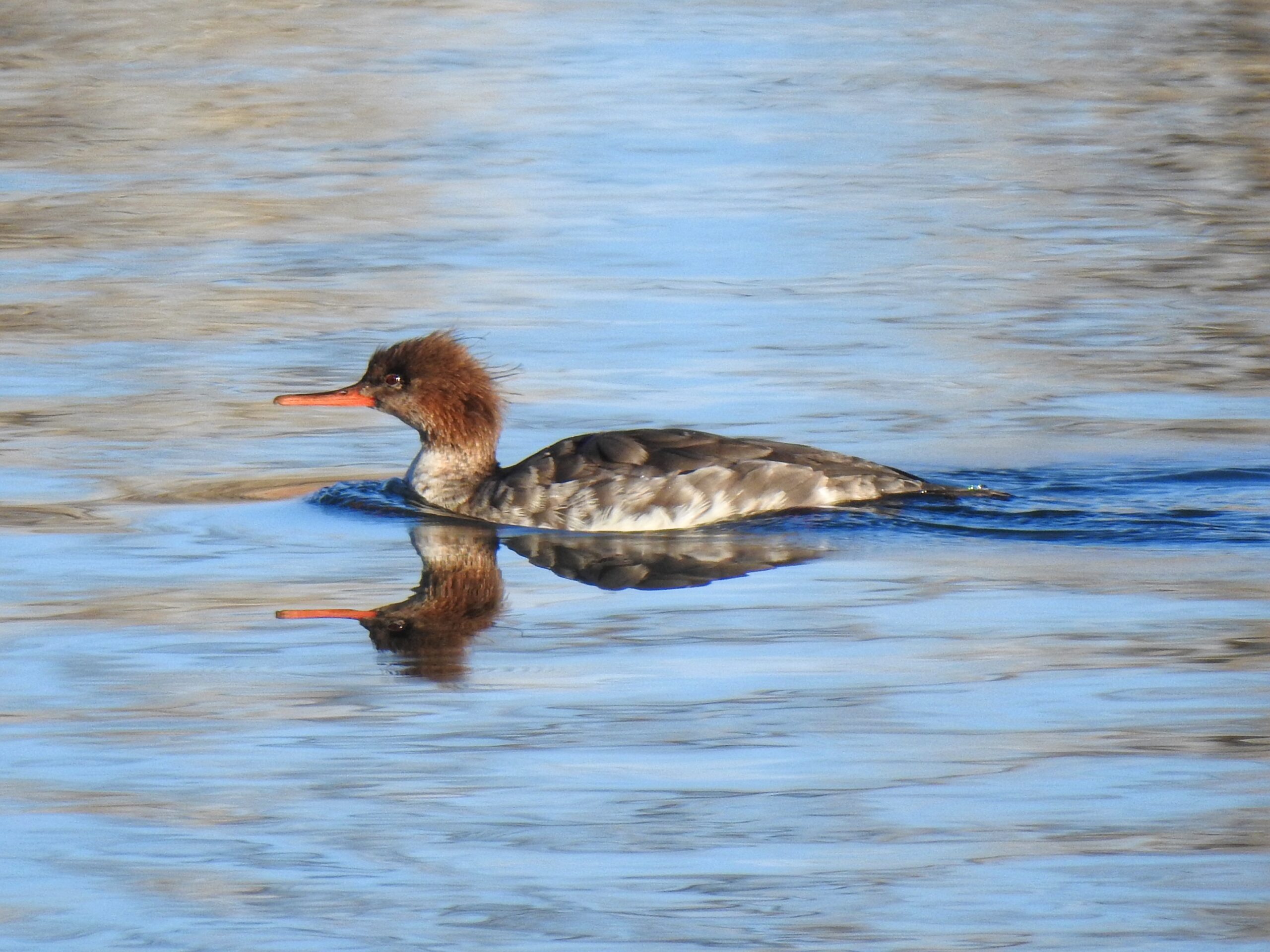 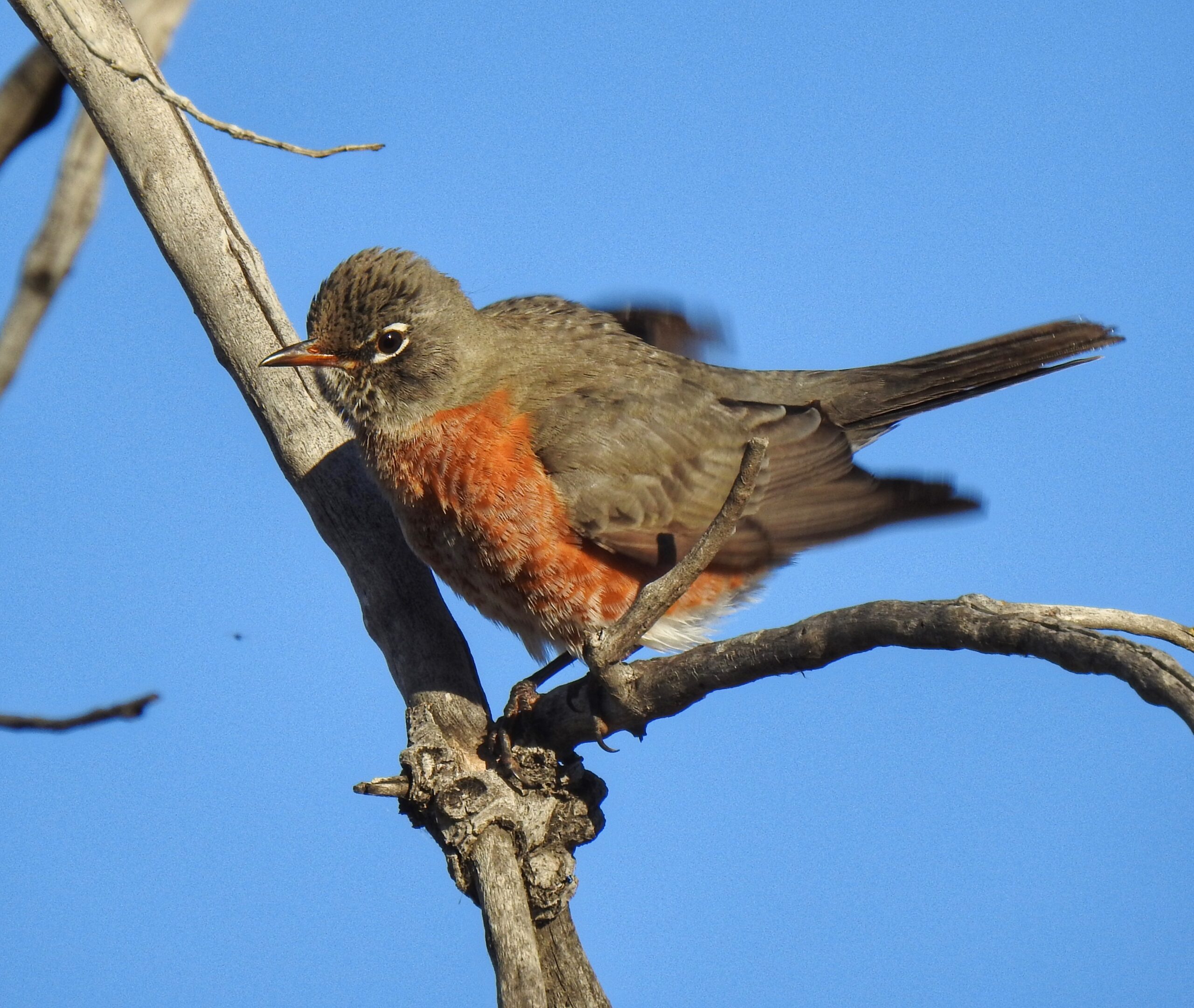 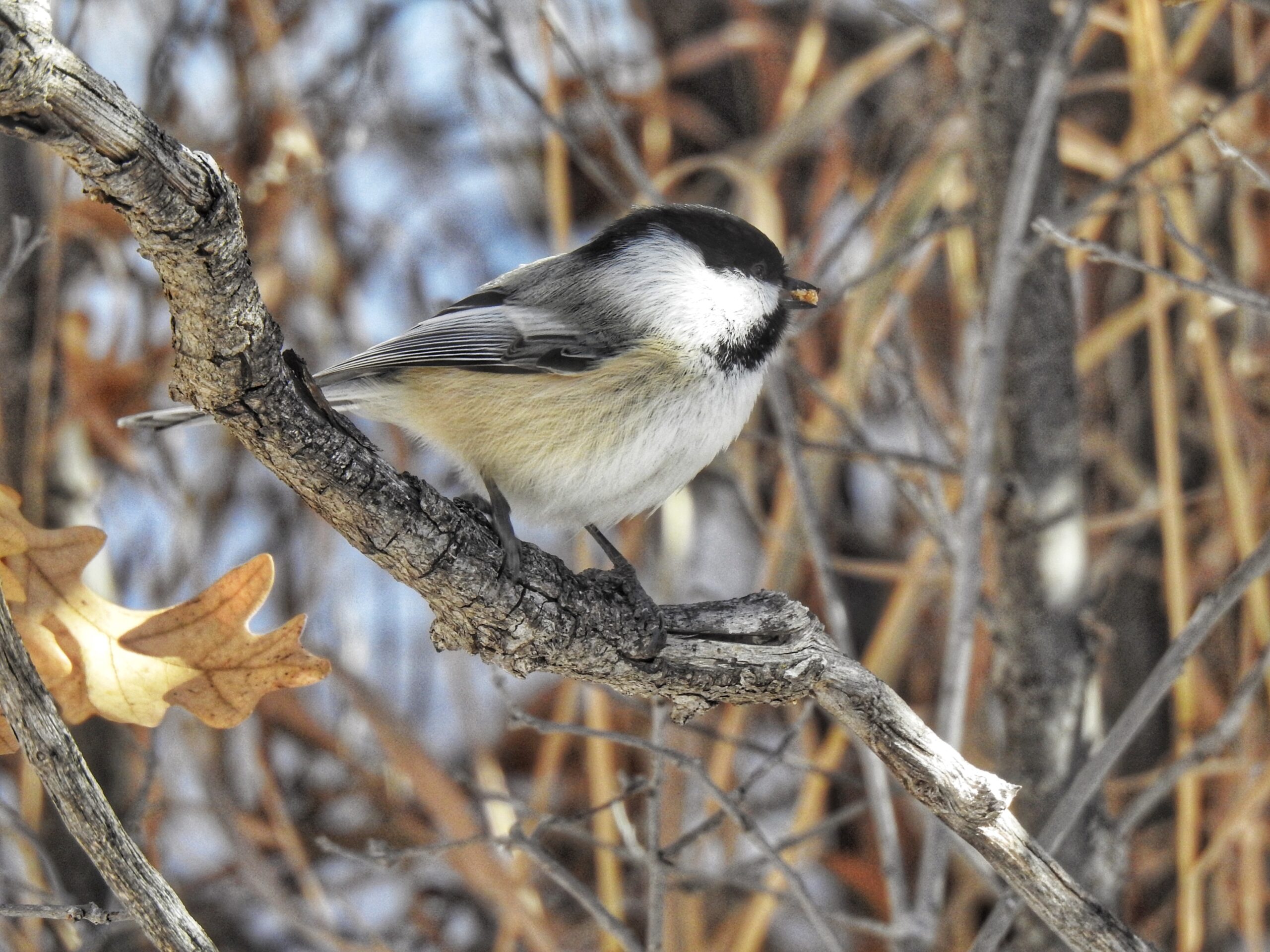 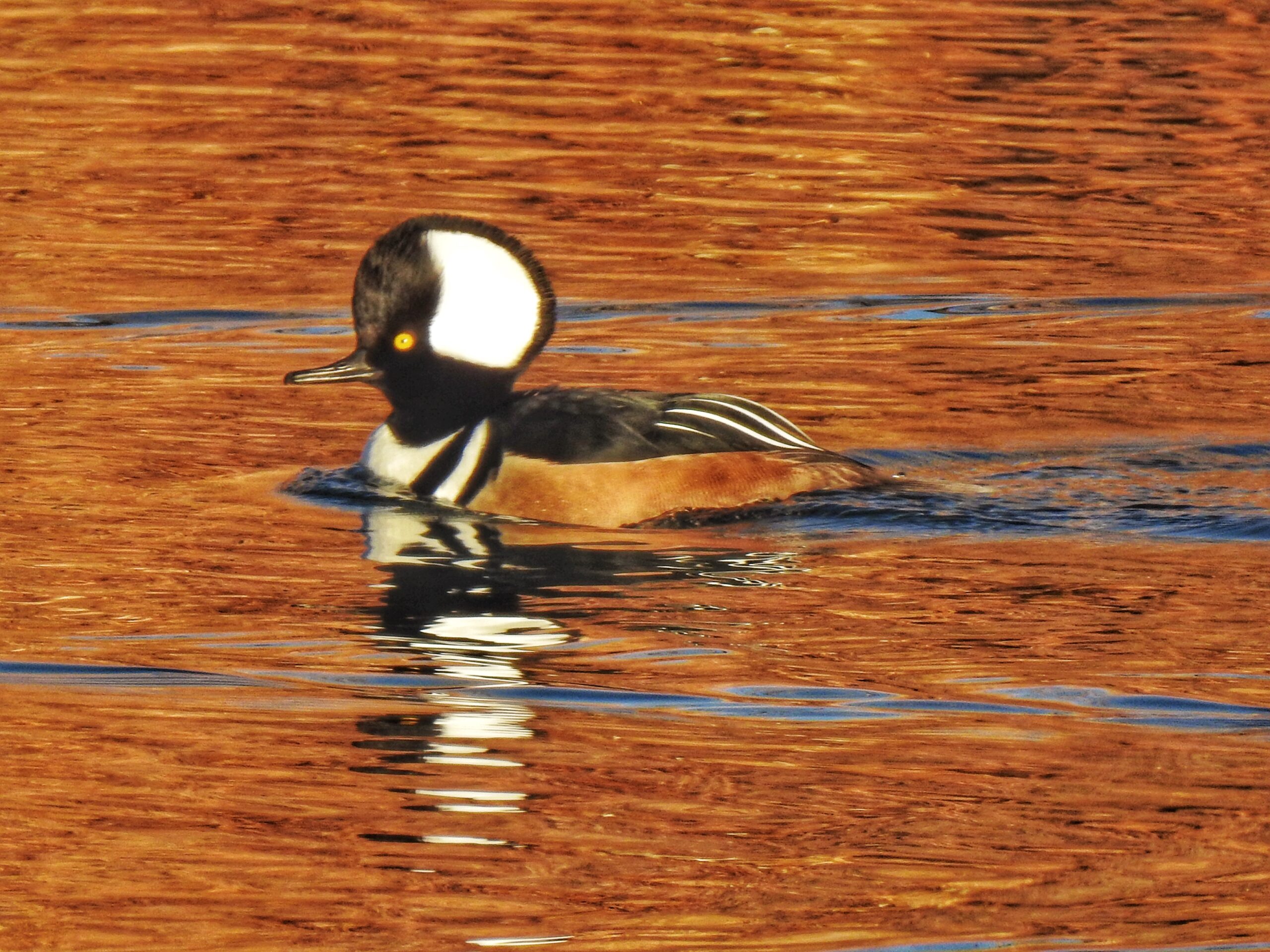 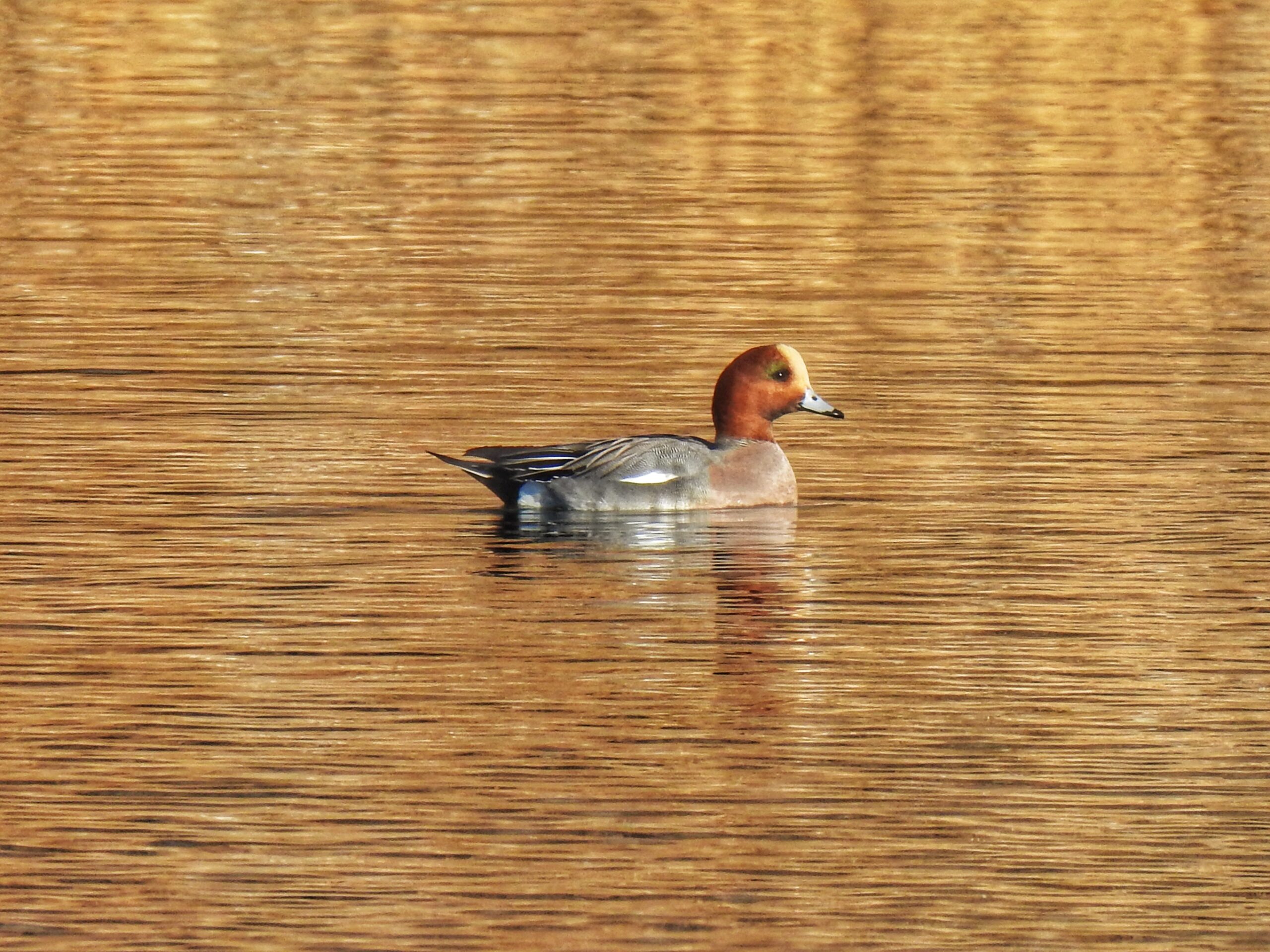 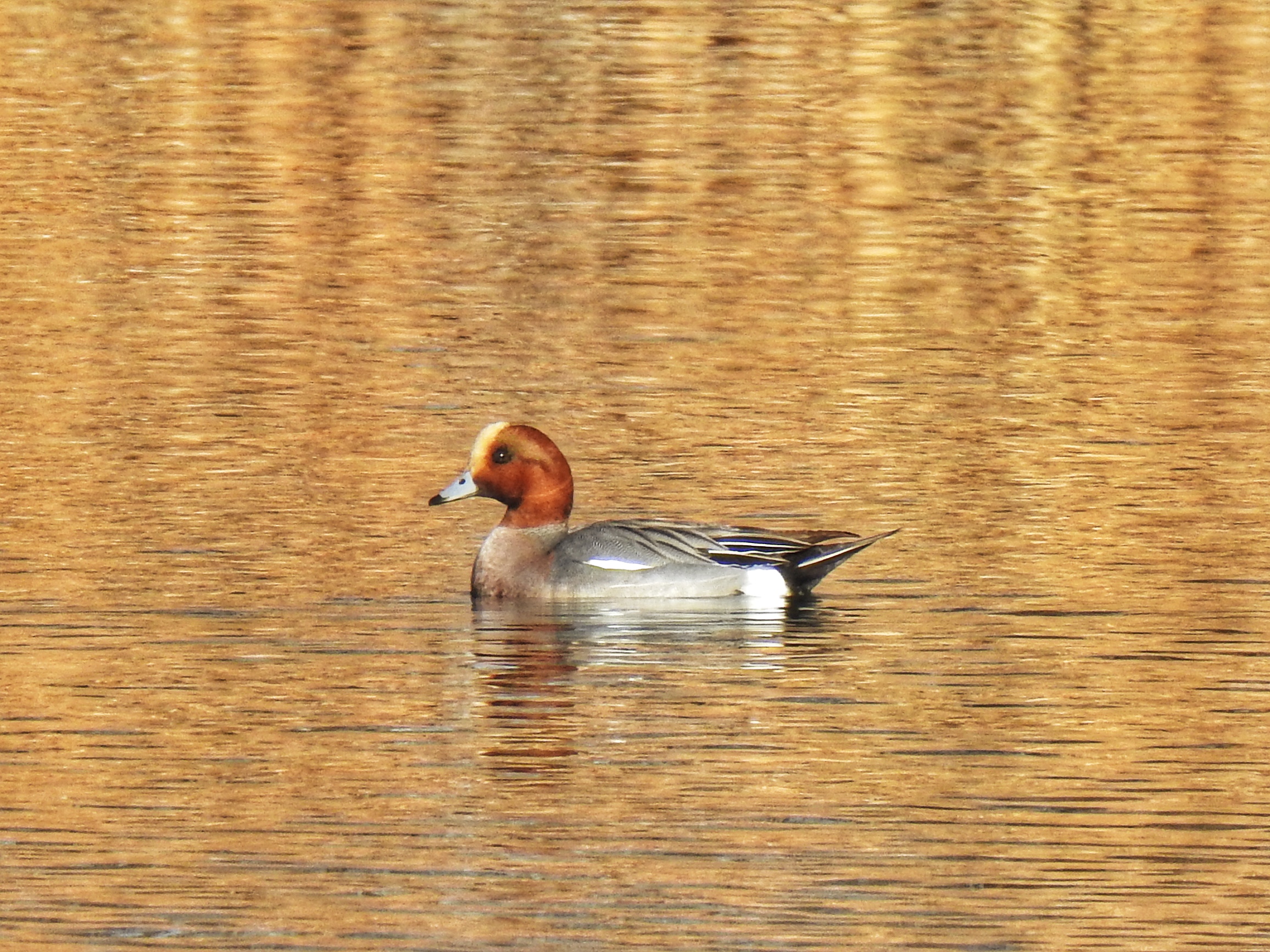 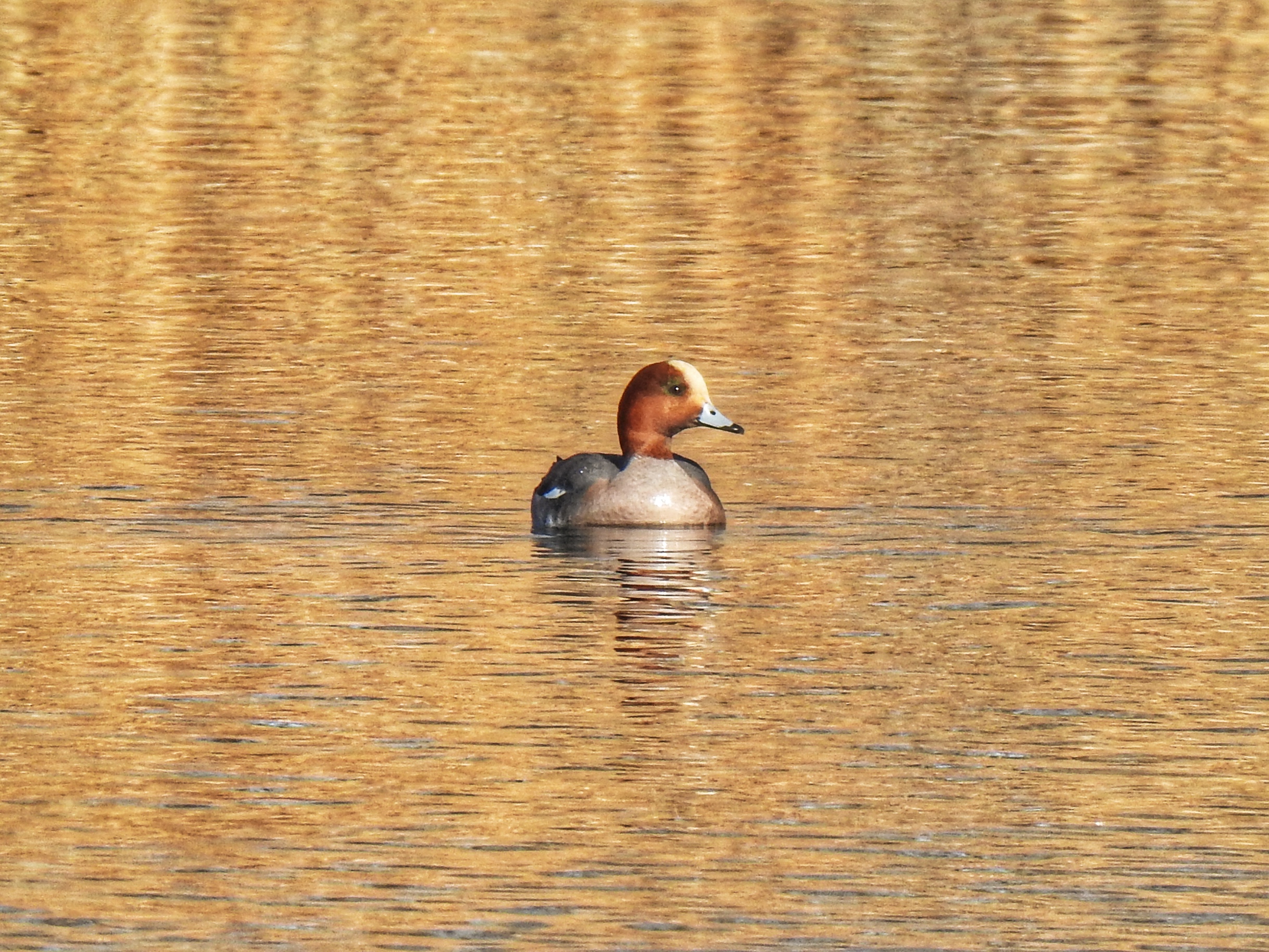 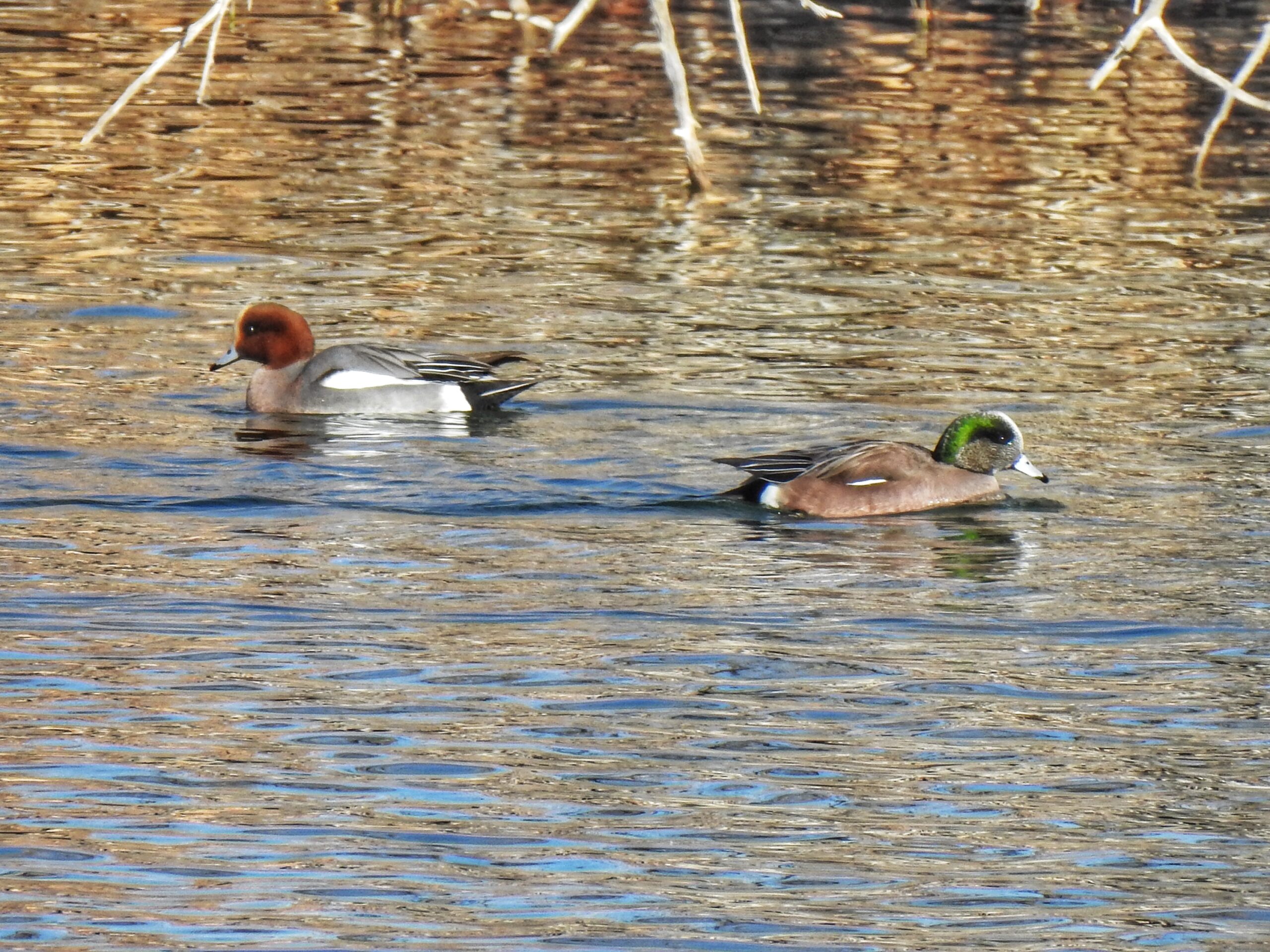 The rest of these photos were also taken at Lake Pueblo State Park on 12/30/21. 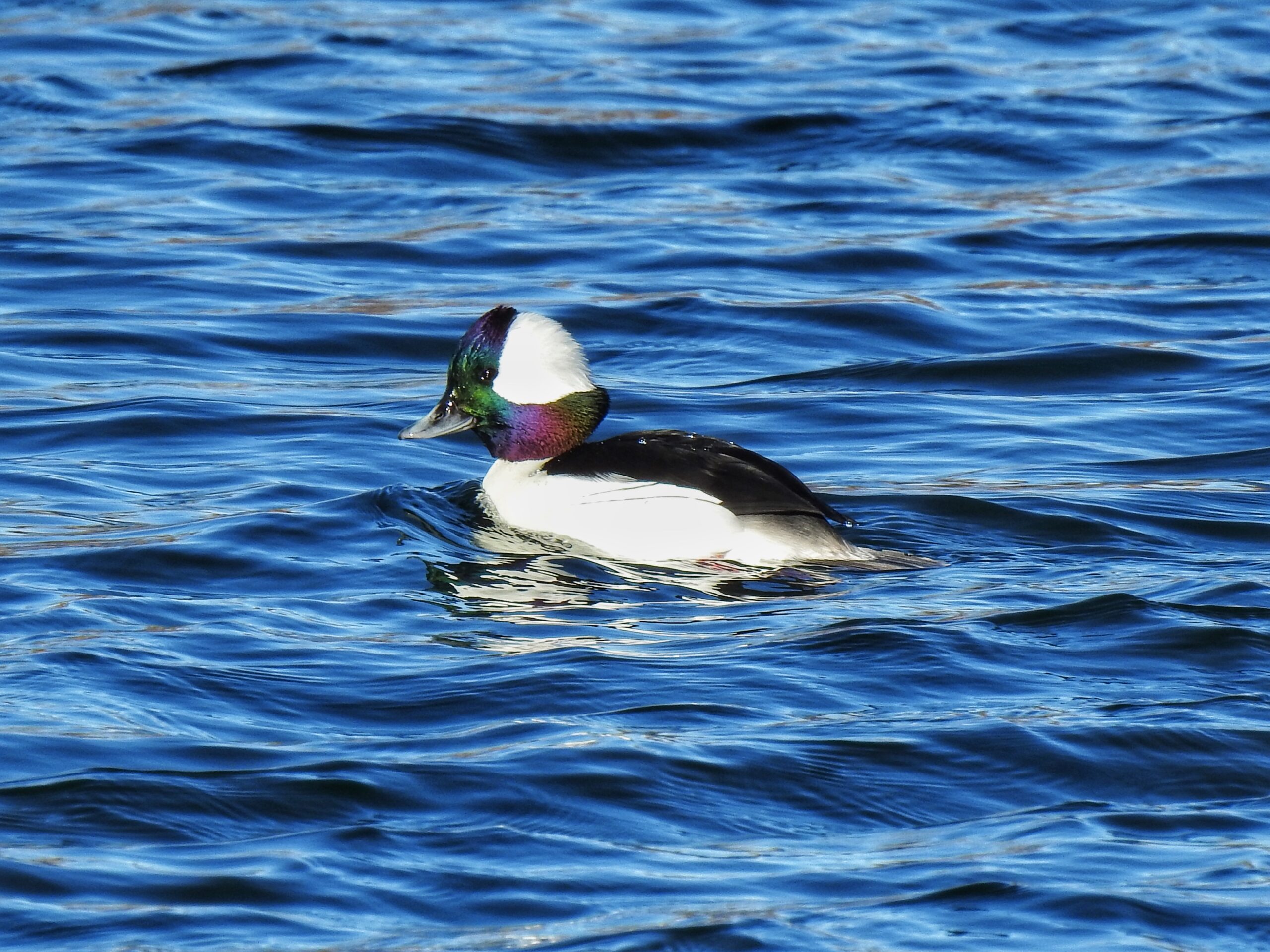 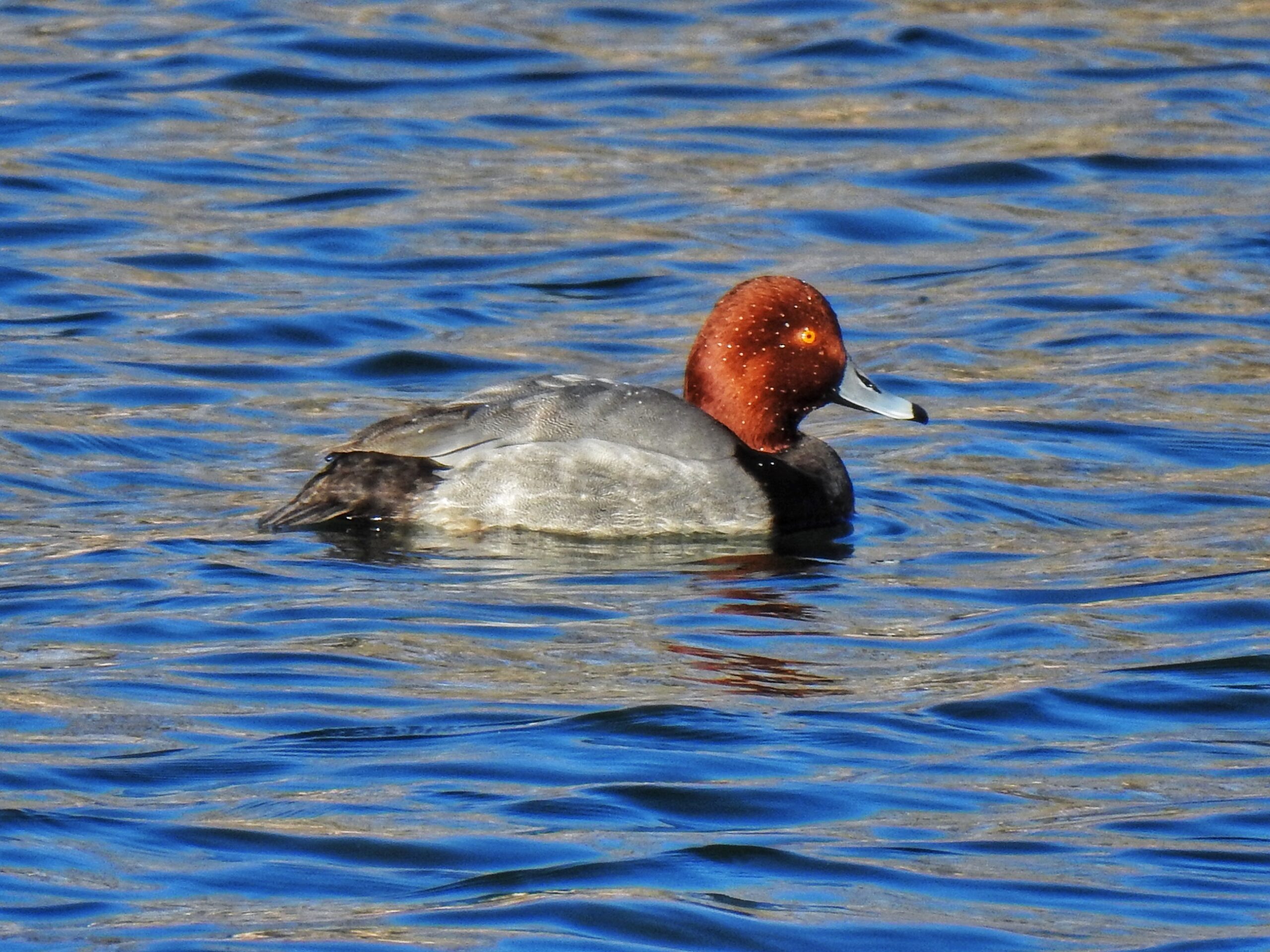 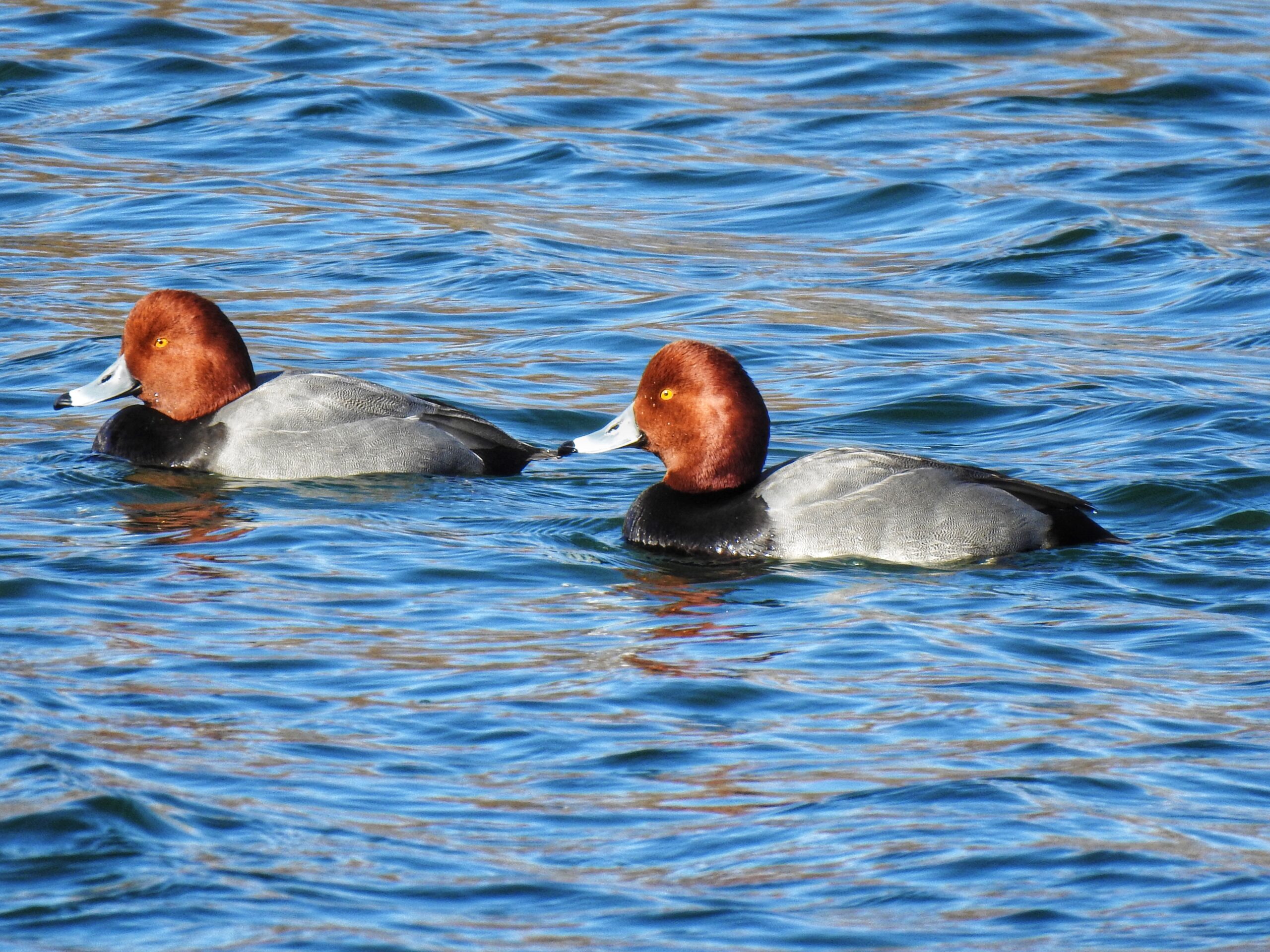 With American Wigeons. The wigeons follow Redheads and Coots, wait for them to dive and bring up weeds from the bottom, and then try to steal them. It doesn’t seem to work often enough to make it worthwhile, but that doesn’t stop them from trying. 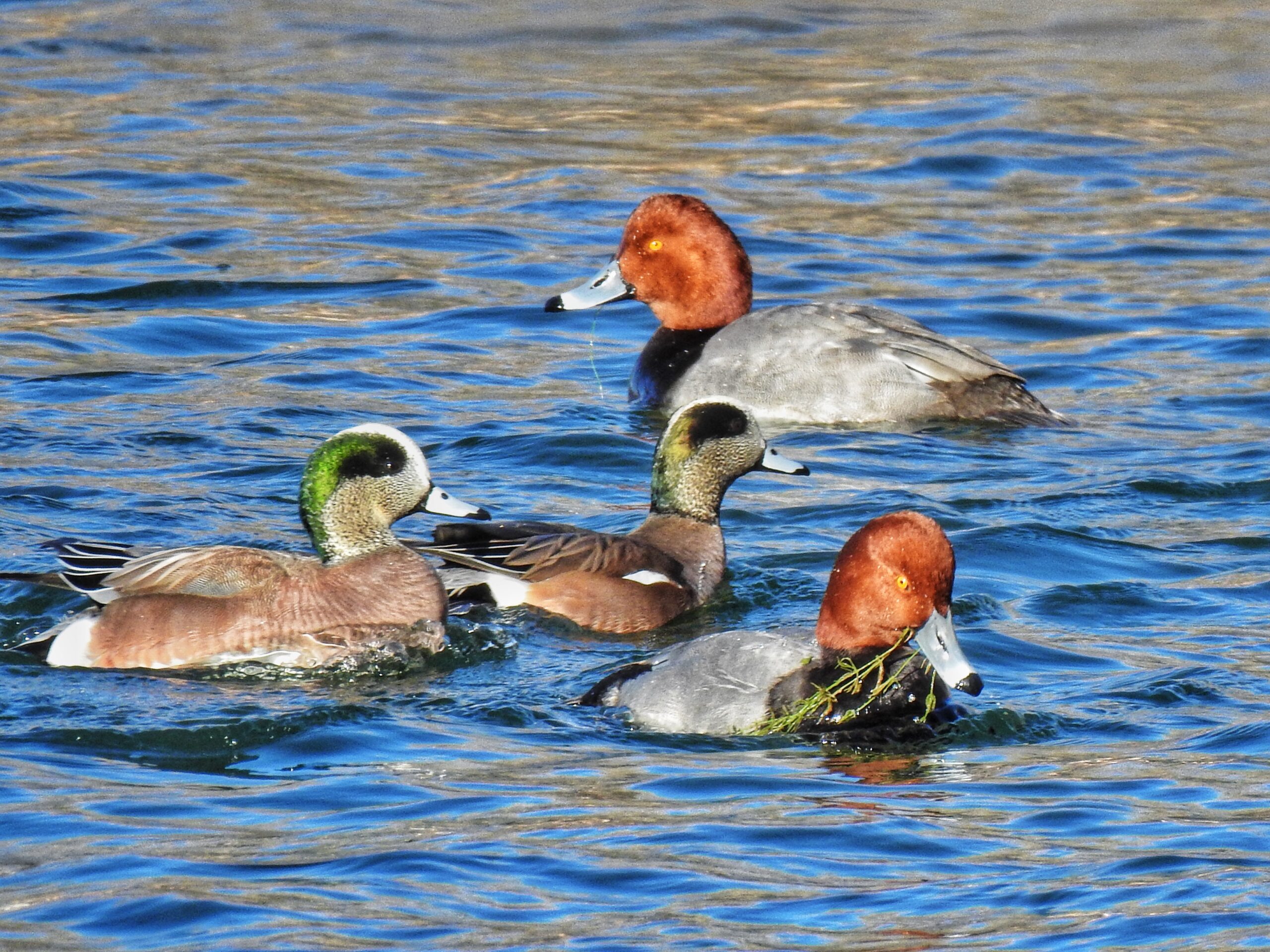 Lesser Scaup. Field Guides show the head sheen of Lesser Scaup to be purple (and it usually appears that way), and that of Great Scaup to be green. But here’s evidence that the head color isn’t a reliable mark by itself. The small peak, or corner, on the back of the head clearly shows this to be a male Lesser Scaup. 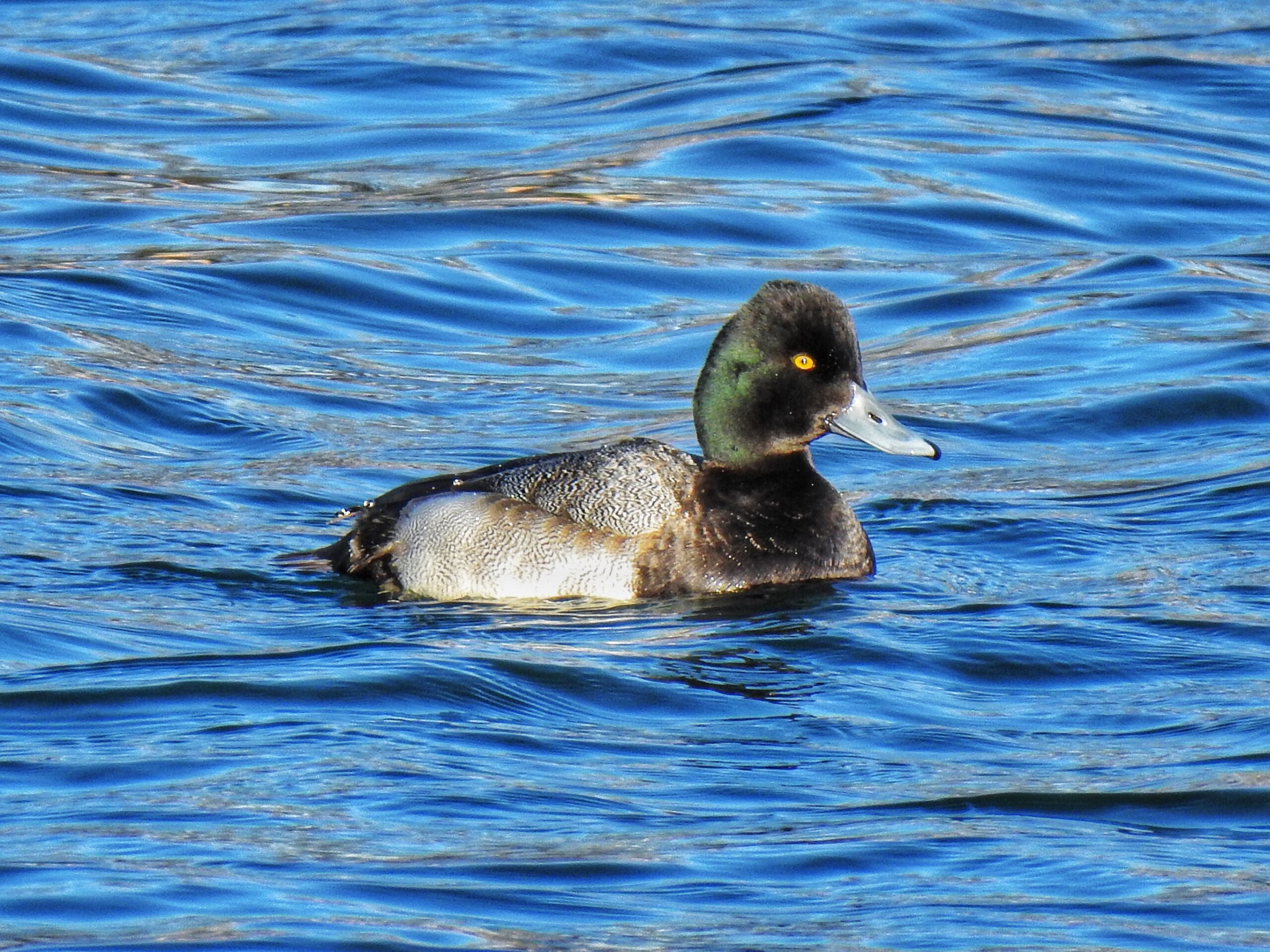 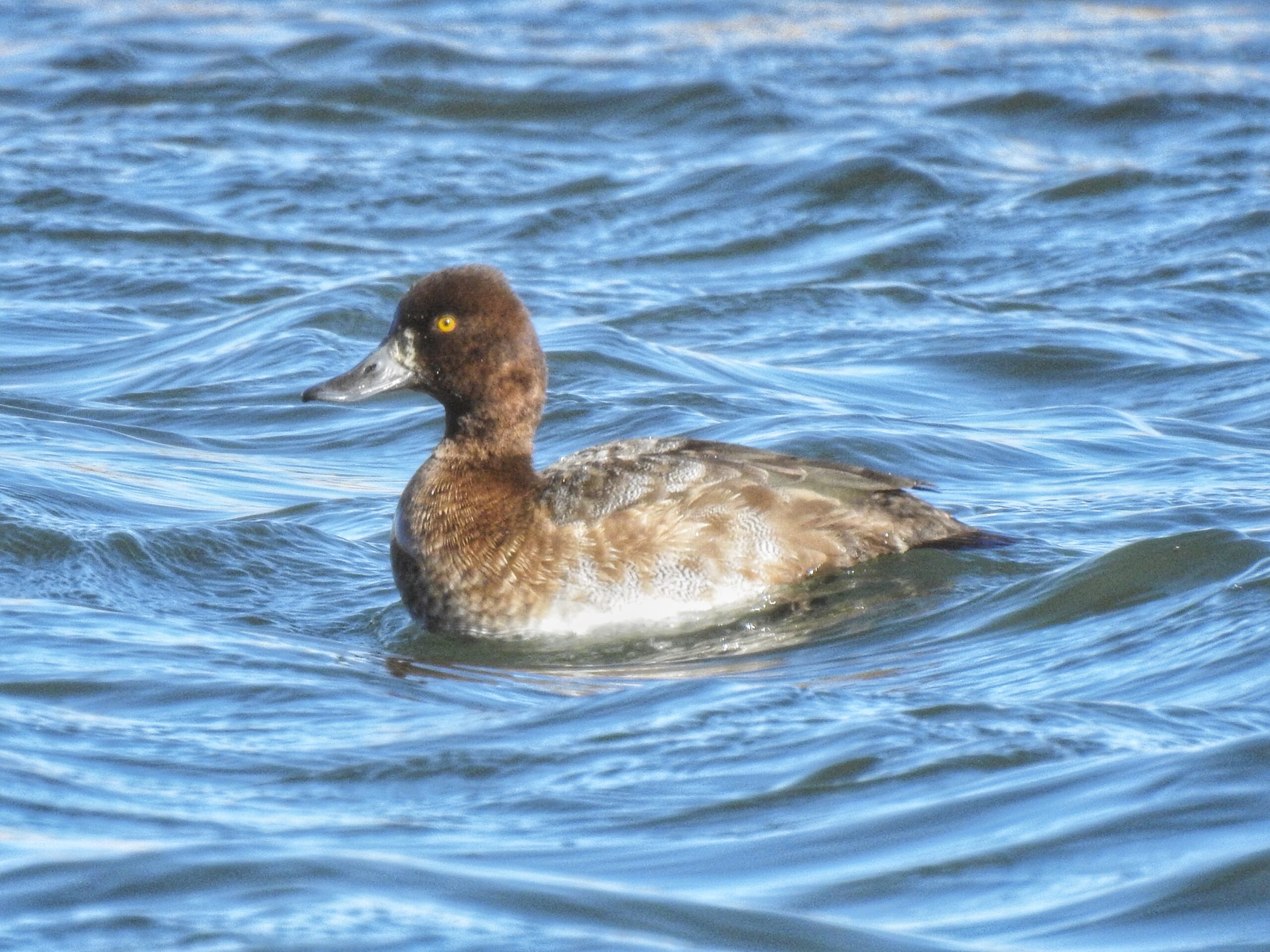 Great Scaup. This bird was swimming fairly close to the female Lesser Scaup in the above photo. The Greater was obviously larger and more robust. Its bill was larger and wider, as was the black “nail” on the end. Its head was wider with fatter cheeks. Also note the rounder head without the corner apparent on both the Lesser Scaup in the previous two photos. 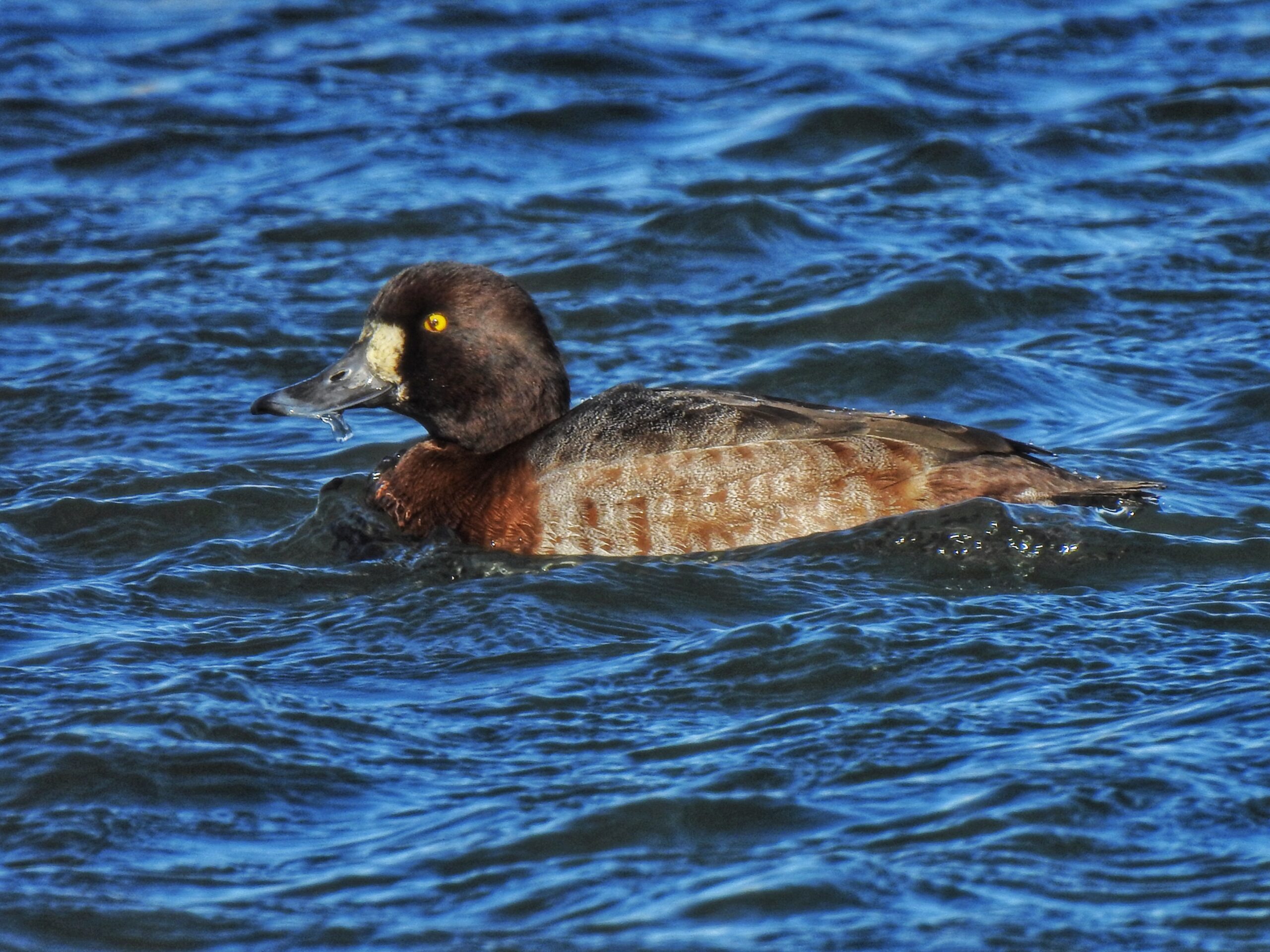 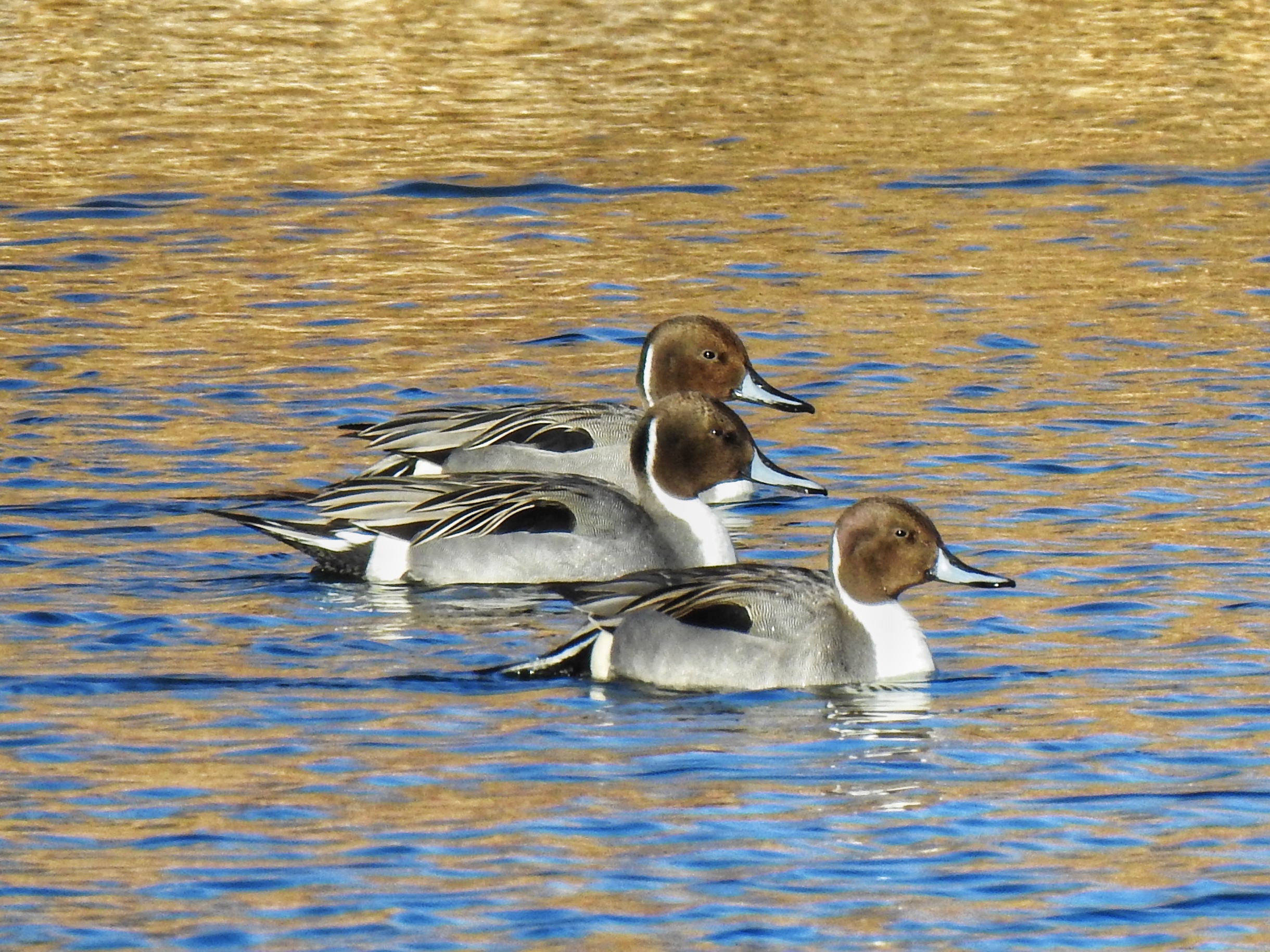