When I stopped here last summer, it was operated by a friendly guy who told me he wasn’t officially franchised by Dog n Suds. His young niece and nephew were working as carhops. I asked him if he had anything that said “Dog n Suds” on it, and he gave me a paper hat from a box he bought on e-bay. 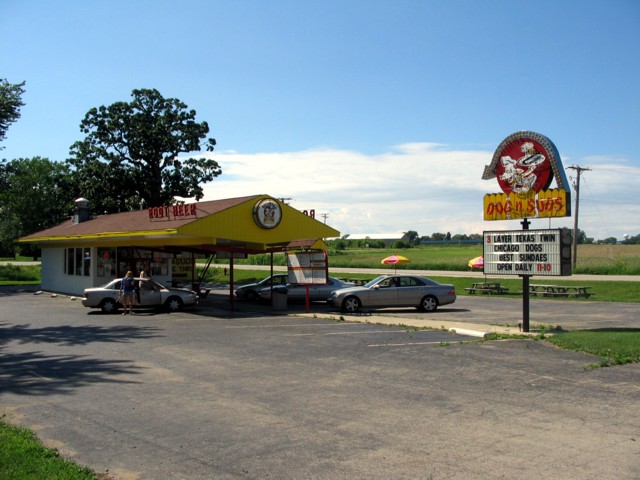 I think it’s under new ownership this year — it had Dog n Suds mugs and wrappers and T-shirts. My carhop was a college-age girl who was rather surly until I gave her a 25% tip. (That’s her coming out the door with my order.) I ordered a Texas burger, fried mushroom and a large root beer. All was sloppy and greasy and delicious. When I finished eating, I bought a mug and walked around to get these photos. I have no explanation for the drive-thru stob sign. 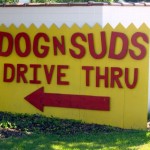 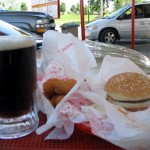 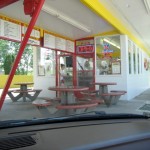 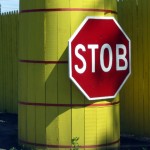 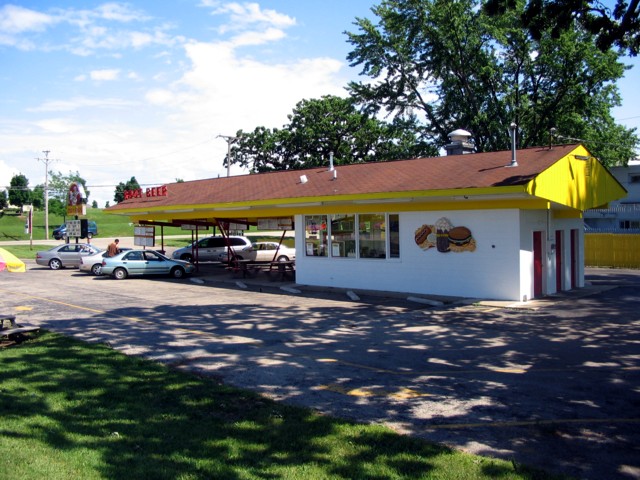 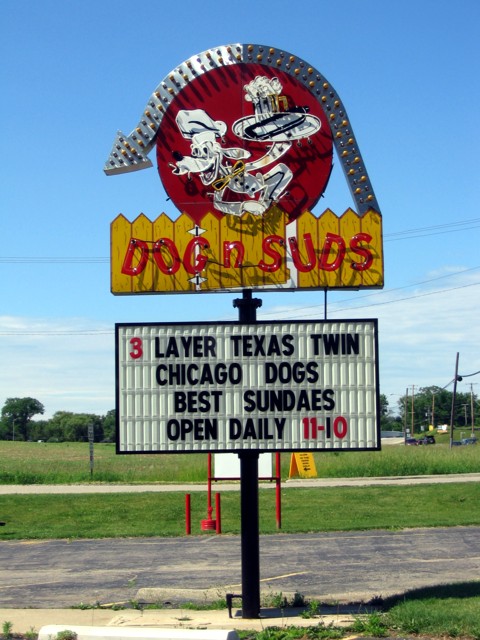