We spent last week end camping in Door County, Wisconsin, with friends. We drove up on Friday and arrived at Peninsula State Park around 4:00 pm. We had just enough time to set up our tents and get unpacked before it started raining steadily.

We hopped in our cars and drove across the peninsula to the Sandpiper Restaurant in Baileys Harbor for a fish boil. Now, I can totally understand why it’s fun to boil fish — it’s a pretty good show filled with fire and smoke. But what I can’t understand is why anyone would want to eat the fish after its boiled.

We arrived just as the show was starting. As we got out of our cars, we saw a massive plume of black smoke rising above the restaurant. We walked around the corner in time to see this. 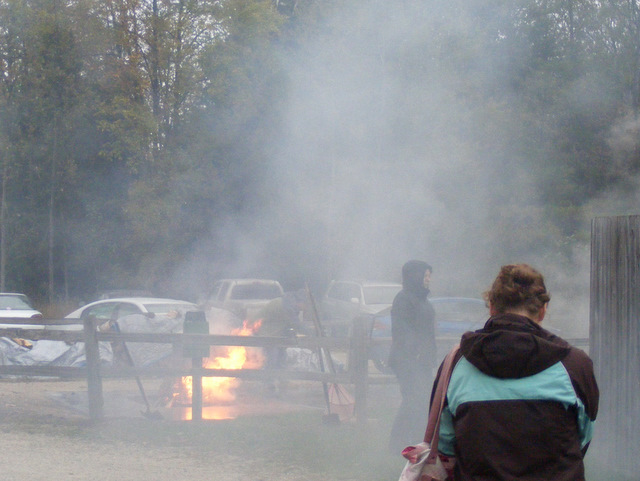 I wandered over to take another few photos while my wife paid $17 (each!) for our meals. 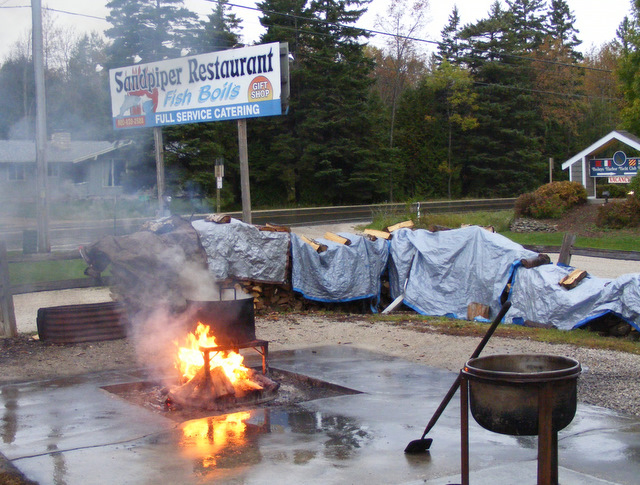 We then filed inside a shed and took our seats on metal folding chairs along a table covered with a vinyl tablecloth. It’s all about the atmosphere.

When the fish was ready, we walked down a cafeteria-style line and got our food. I didn’t expect to like the fish, but I was willing to like it. I even took two pieces just in case I did like it.

I didn’t like it. It was bland and filled with bones. Even though it was almost floating in butter, and even with lemon juice and salt, it was still bland. I managed to get through the potatoes. The cole slaw was the best part of the meal. I think my before-and-after photos will tell the story. 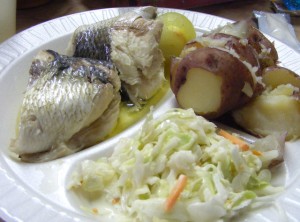 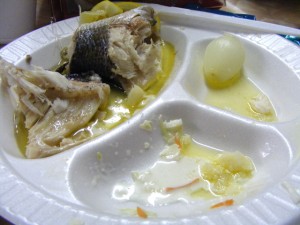 We drove back across the peninsula to Wilson’s Ice Cream Parlor in Ephraim. 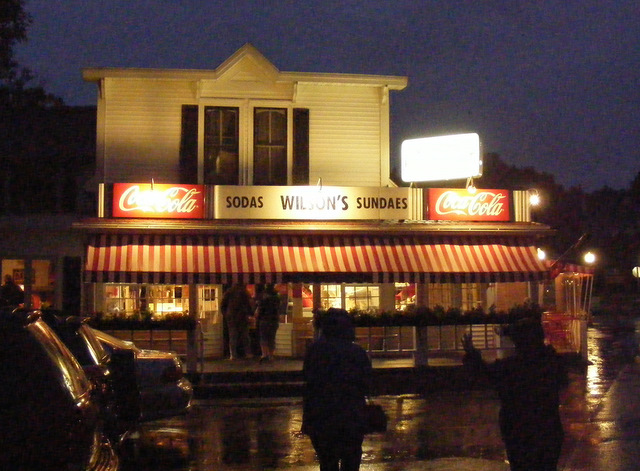 It was still raining when we got back to our campsite. Fortunately, one of our friends has a tent large enough to host a circus. We all piled in and chatted until 10:00 or so, by which time the rain had stopped.

This is the first time we’ve tent camped without electricity, but we came prepared with sleeping bags and a down comforter and were plenty warm. Green Bay (Lake Michigan) was about 150 yards north of our tent, and we were lulled to sleep by the sound of waves.

This entry was posted in Camping, Food. Bookmark the permalink.