We woke up to a cool, overcast, windy morning. A few of us wandered down to the shore where we were greeted with this view. That’s Horseshoe Island in the center of the pan. 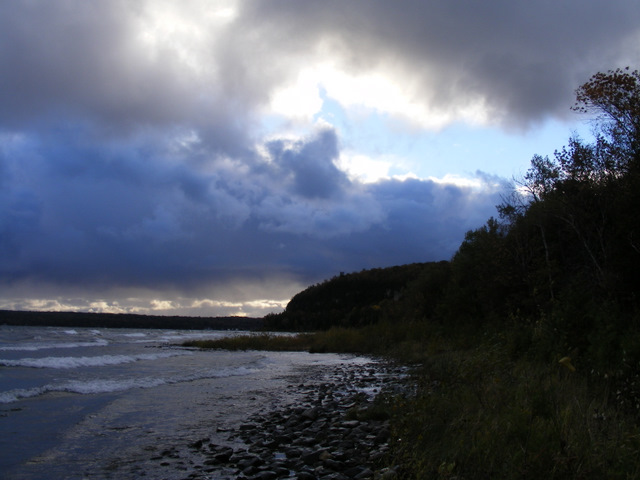 We’d stopped on the way north on Friday and bought four kringles in Racine, and that’s what we had for breakfast.

We then went for a stroll through the woods, pushing over trees as we went.

Our destination was Eagle Bluff Lighthouse. It was also the destination of about 500 other people, so we had to sit around for a while before our tour began. 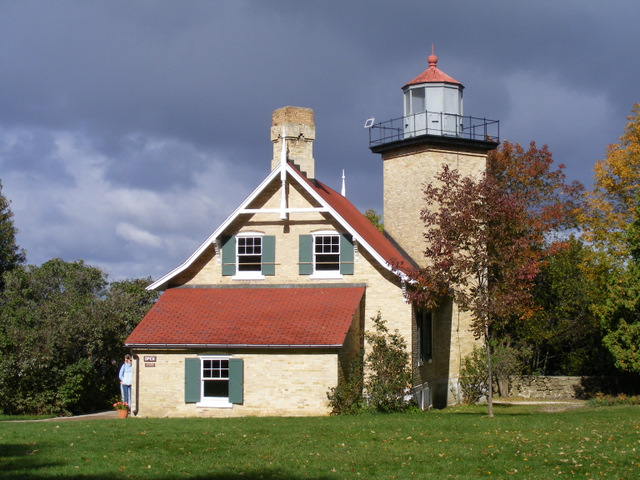 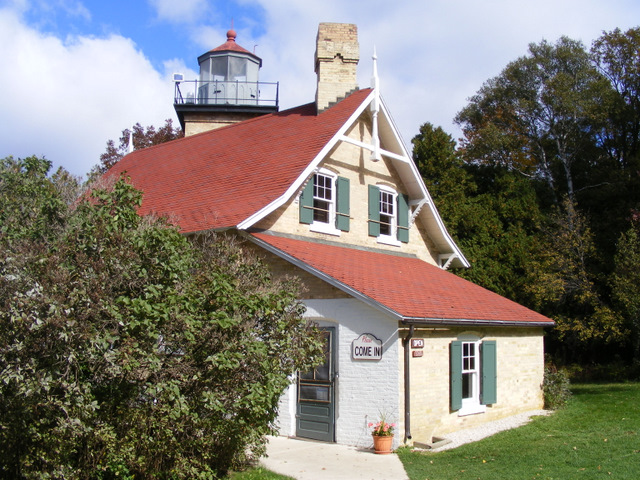 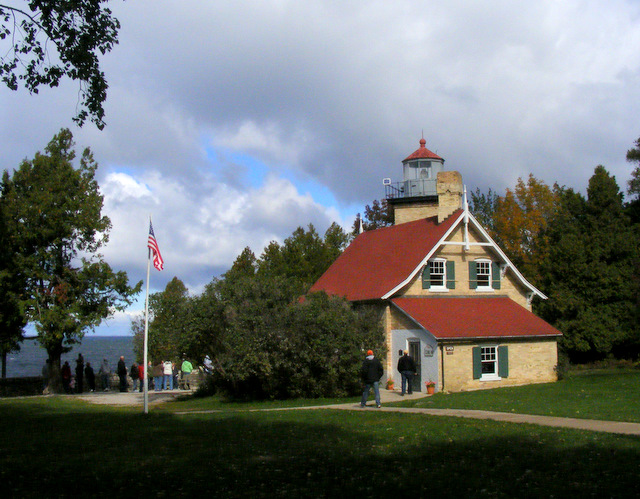 Our tour guide was an older local gentleman who was very proud of the fact that he knew the sons of the last keepers. He had an interesting style of talking that consisted of suddenly walking away from the group without warning, talking the entire time in a soft voice which caused us to miss much of what he was saying. Once we got inside, he pointed to a few photos, then left us on our own to wander about. Several of the rooms were filled with paintings of the lighthouse that were for sale. Here’s the upstairs bedroom that our guide’s buddies slept in. 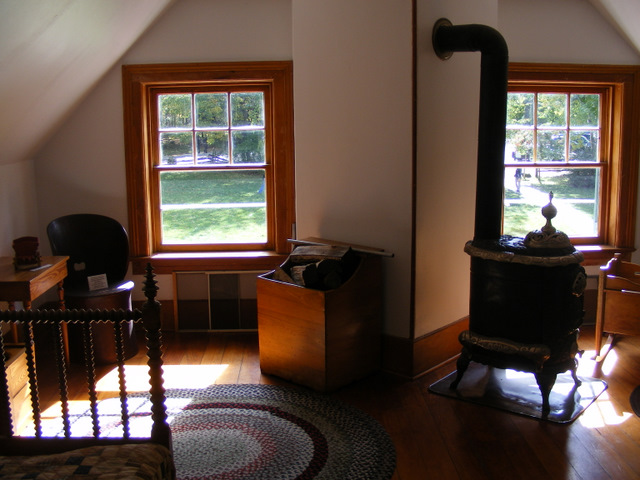 And a view of Green Bay from as far up the tower as we were allowed to go. 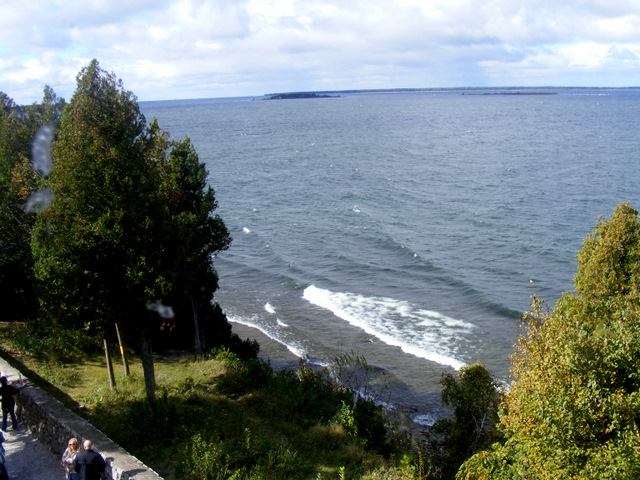 We walked back to our campsite, stopping to do some shopping at the park gift shop and watch some wind surfers on the way.

We ate lunch at Al Johnson’s in Sister Bay. It’s a Swedish restaurant famous for its sod roof complete with goats. 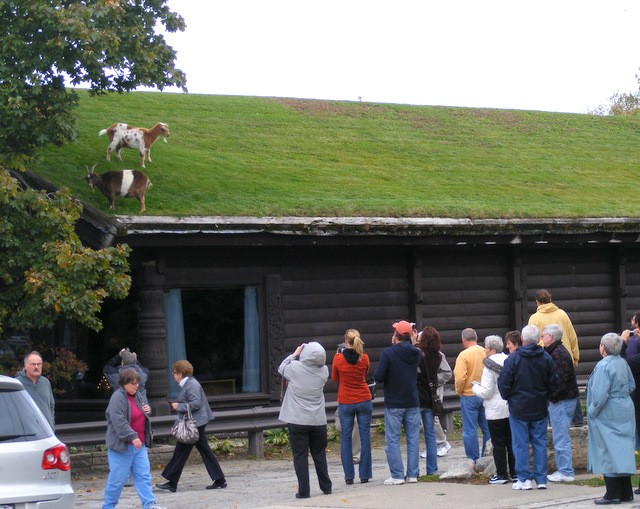 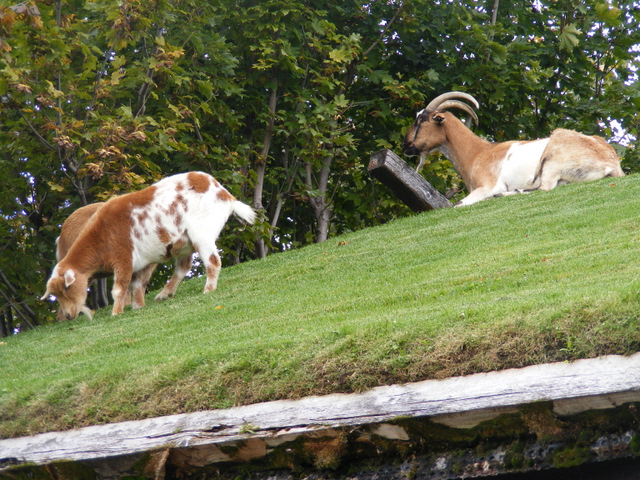 The whole county was crawling with tourists up for the fall color season, and most of them decided to eat at Al Johnson’s. We had to wait for the better part of an hour. I played the Gift Shop Game — there was absolutely nothing there that I would want, even if it was free.

We were split on whether or not the waiter’s pronounced Swedish accent was authentic (it wasn’t). I wanted to eat something authentic. I decided on Swedish pancakes with cherries. This was a mistake. The pancakes were good, but the topping was way over the top. It wasn’t until after I finished that it occurred to me I could have scraped some of it off. 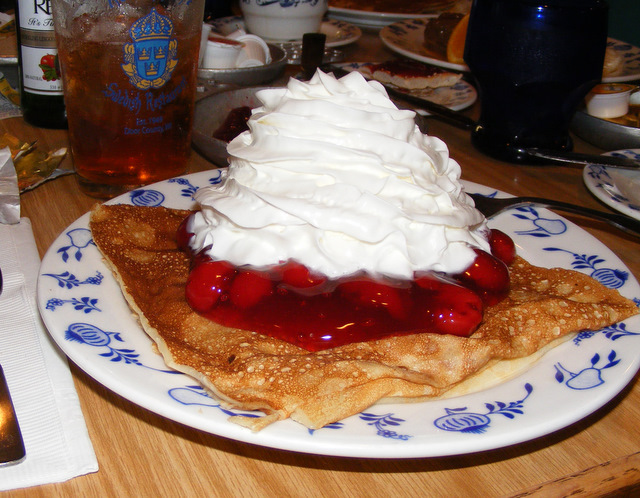 These shots were taken at one of the overviews in the park. 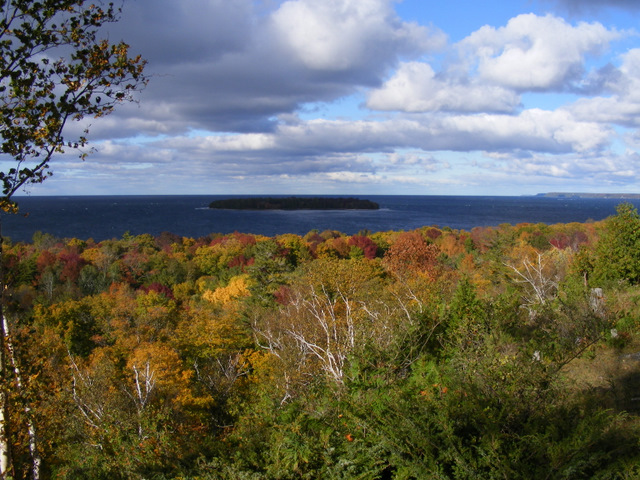 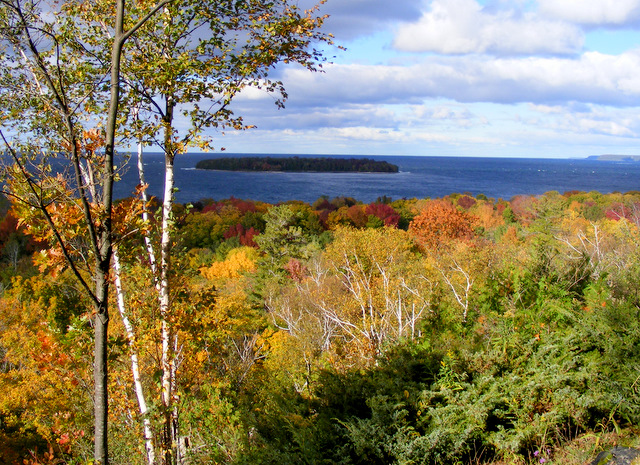 After our huge lunch, we decided on a late supper. Several members of our party took naps while a few of us walked along the shore a ways. Later, I wandered down again and took this shot. 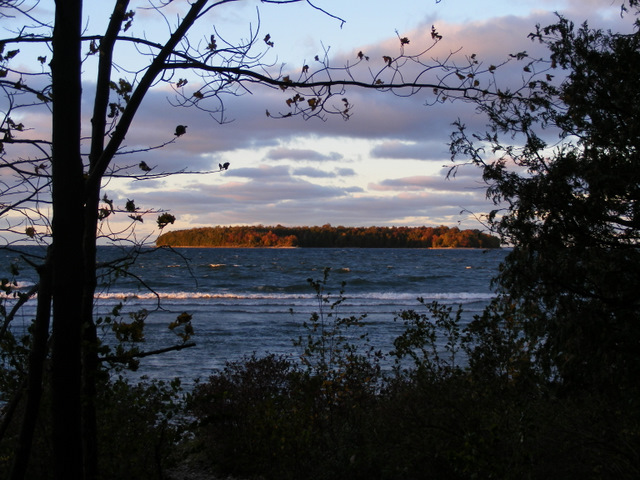 My wife made Polish sausages (boiled in apple cider, then cooked over the fire) for supper. My daughter made her molasses sugar cookies, which have become a camping tradition.

This entry was posted in Camping, Food, Lighthouses, The Sky. Bookmark the permalink.