This day was a little bit sunnier, a little bit warmer, and a little bit less windy — which made it just about perfect. On my way down to the bathhouse, a female Pileated Woodpecker flew out of the woods and landed in a wild grape vine. I got within 15 feet of her as she foraged for about five minutes. I’ve never been closer to one, but, of course, I didn’t have my camera — I didn’t expect to see anything noteworthy in the bathroom.

After a delightful breakfast of pancakes and sausages, we drove south to Sturgeon Bay to visit the Door County Maritime Museum. Admission was $7 for adults and $4 for children 17 and under — probably the last time in our lives we’ll ever pay children’s rates for one of our own kids. The lady behind the counter wasn’t overly pleasant. She asked if we wanted to tour the tugboat docked behind the museum. When I said yes, she informed me that it cost an additional $5. I shrugged and said, “If I can pay $17 for a fish boil, I can certainly pay $12 to get into a museum.” The lady cracked a smile, and from then on was rather nice. I asked her if she liked fish boils. She said yes, but without the butter and salt. Since the butter and salt provide ALL the flavor, I’m not sure what she likes about it.

Anyway, we had our own private tour of the tug, the John Purves.

Our guide used to work on tugs and was part of the crew that restored this one. He was passionate about the boat, which made for a very interesting tour. 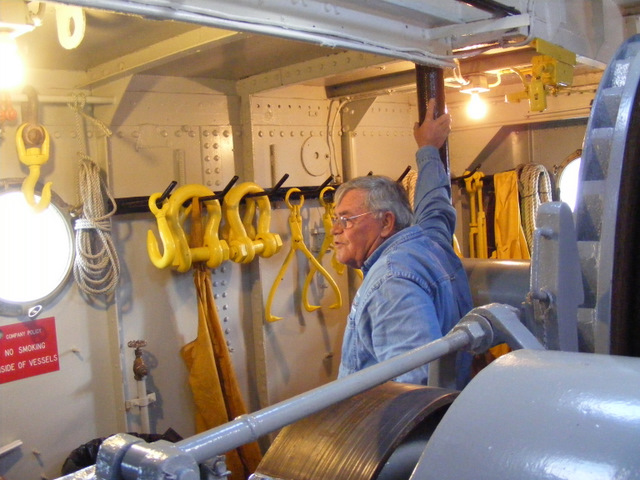 Everything was meticulously cleaned and cared for. Every surface had been scraped and painted — the entire boat looked brand new. Amazing, considering it had been built in New Jersey in 1919 and saw service in the Caribbean, the Great Lakes, the Aleutians during World War II and back in the Great Lakes until 2000. It started as a steam tug but was converted to diesel in 1957. Only the hull and a few other bits are original. 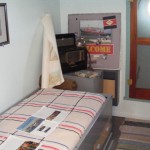 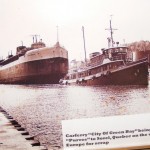 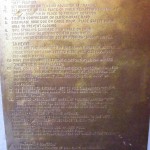 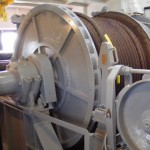 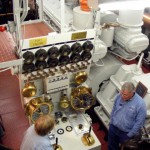 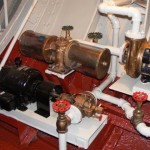 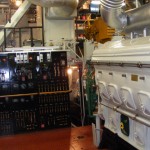 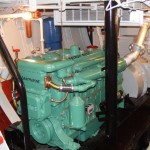 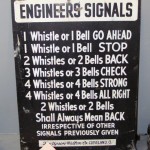 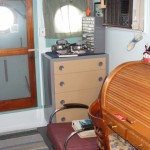 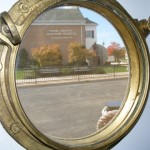 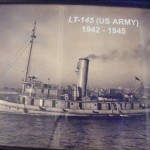 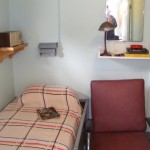 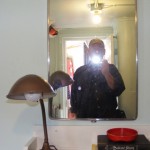 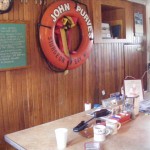 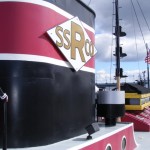 A Chicago fire boat was docked nearby. 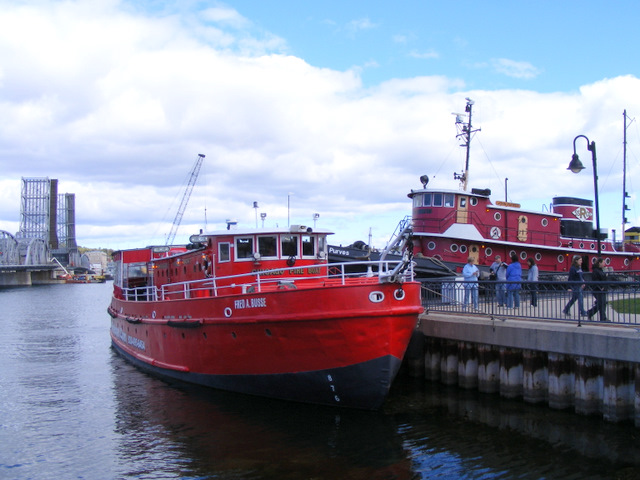 The museum itself was impressive, for the most part. Sturgeon Bay has been a major ship-building center for most of its history, and many of the displays focused on this. A periscope poked up through the roof and gave a 360° view of the town. 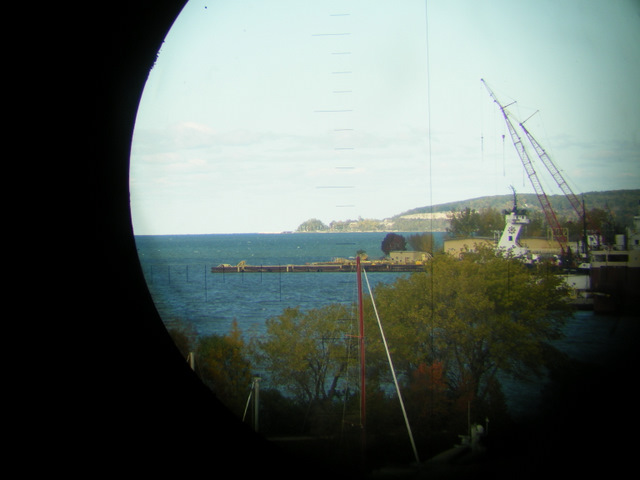 One entire wing of the museum was given over to an exhibit on haunted lighthouses and was, frankly, ridiculous. It took the whole idea of ghosts very seriously while, at the same time, openly admitting that there might not (might not?) be any basis for believing in them. A display on the way ghosts manifest themselves included flickering lights and moving curtains. I’ve been in rooms with flickering lights lots of times. I’ve always referred to it as “a short somewhere.” And I lived in a house in which the curtains moved all the time. We called it “crummy windows.”

(Let me just say for the record that I do not, and will not, believe that people wander around the earth after their deaths. And while I acknowledge the existence of evil spirits, I refuse to believe they spend their time dragging chains across lighthouse floors and opening cupboards.)

It was almost 2:00 when we got out of the museum. The lady behind the counter told me about a causeway that let out into the bay where we could eat our picnic lunch of cheese, crackers and fruit. It was very nice, but a bit too windy and cool to make for an enjoyable picnic spot. 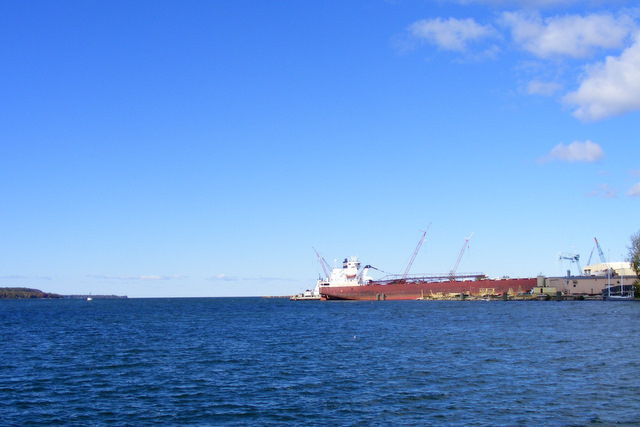 We ended up sitting in the parking lot of the maritime museum, backs against our cars. It was a little weird, but fun.

On our way back north to our campsite, we stopped at Jorn’s Sugar Bush for maple syrup. A very nice woman walked over from her house, took our money and told us the story of her life. Her family has been making maple syrup on that site for several generations. I asked if she had any maple sugar candy. She said no, but she told us how to make it. 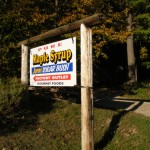 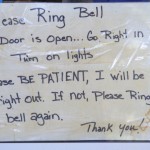 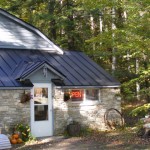 Back at Peninsula State Park, we climbed the Eagle Tower and looked at Door  County in the late-afternoon sun. 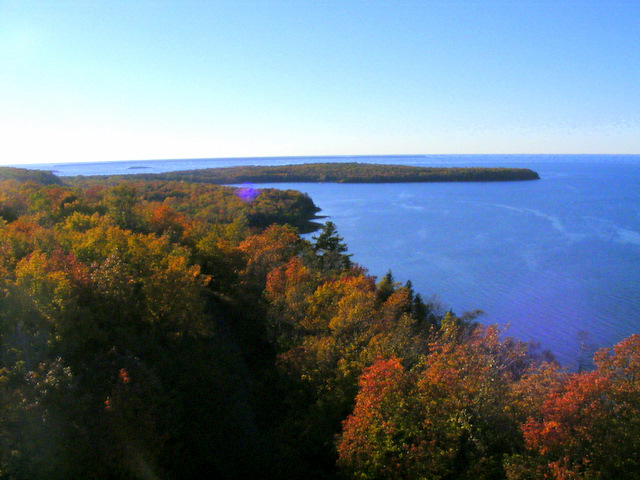 Looking across Eagle Harbor to Ephraim, with the main part of Lake Michigan in the distance. 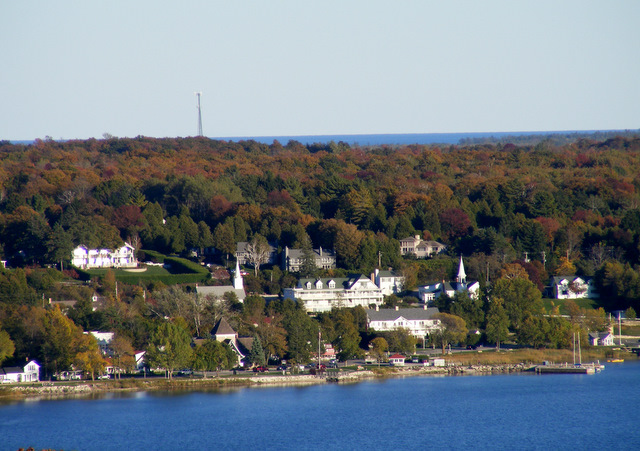 At the campsite that night, several Barred Owls serenaded us in the surrounding woods. Right after we went into our tents, one perched in a tree in our campsite and called for about 10 minutes. Very cool.

We took our time on Monday morning. Breakfast was leftover kringle and sausage. We burned the rest of our firewood and headed home.