If you were dropped into the middle of the El Paso County Fair without context, you would not guess that the county was home to a city of 600,000. The fair screams rural in every way. There were eight or nine rides, three games of chance, perhaps twelve food booths, and about 25 vendors. There was a mechanical bull riding attraction, a one-trailer reptile show, a camel ride, and a cheesy magician. A large barn was a quarter filled with 4H competition entries. A small barn displayed three rows of poultry, another had three rows of rabbits. There were two goat barns, perhaps 30 sheep, 15 llamas and alpaca, and maybe 18 cows. And, of course, a demolition derby. I paid $15 for a ticket that gave me entry to the fair and the grandstands. 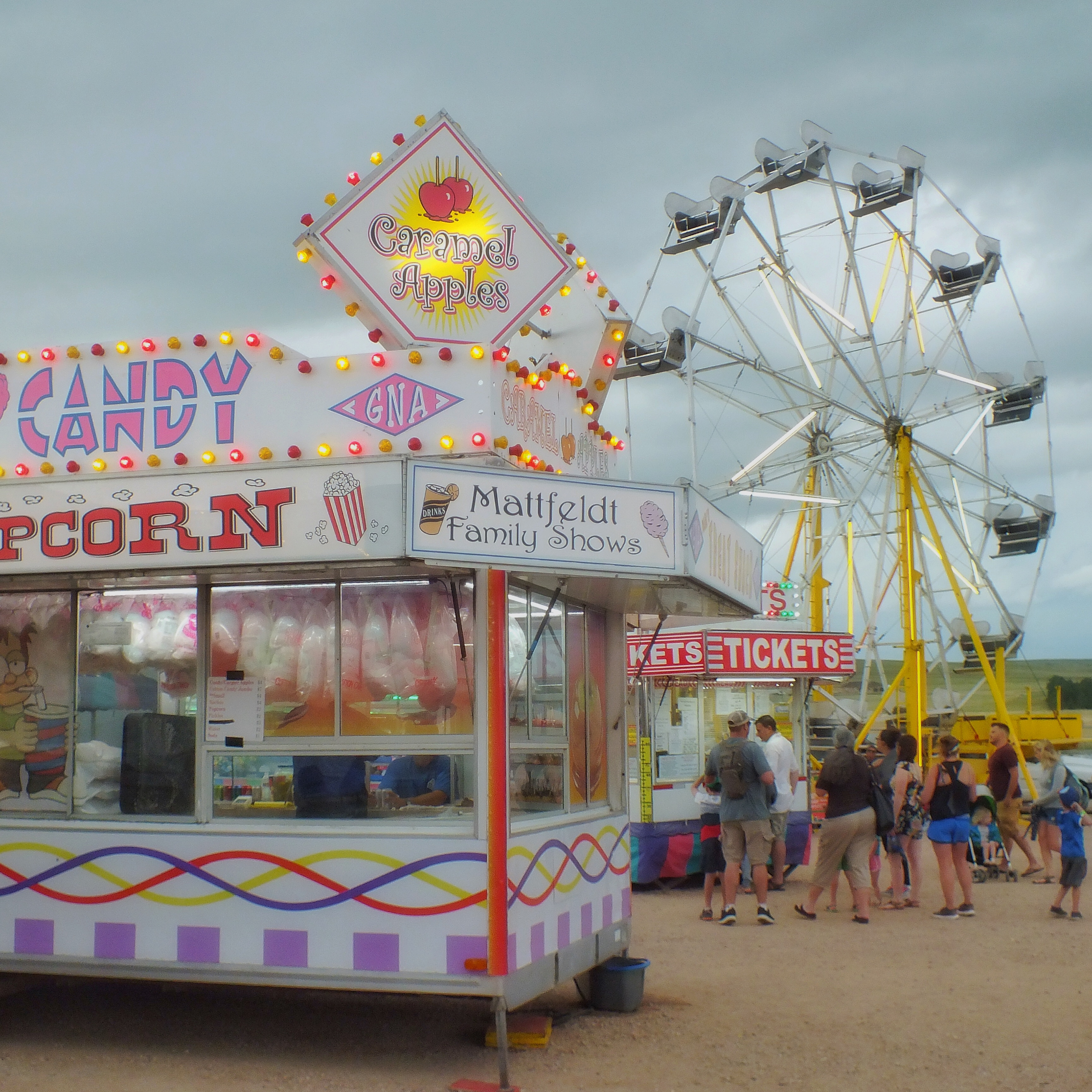 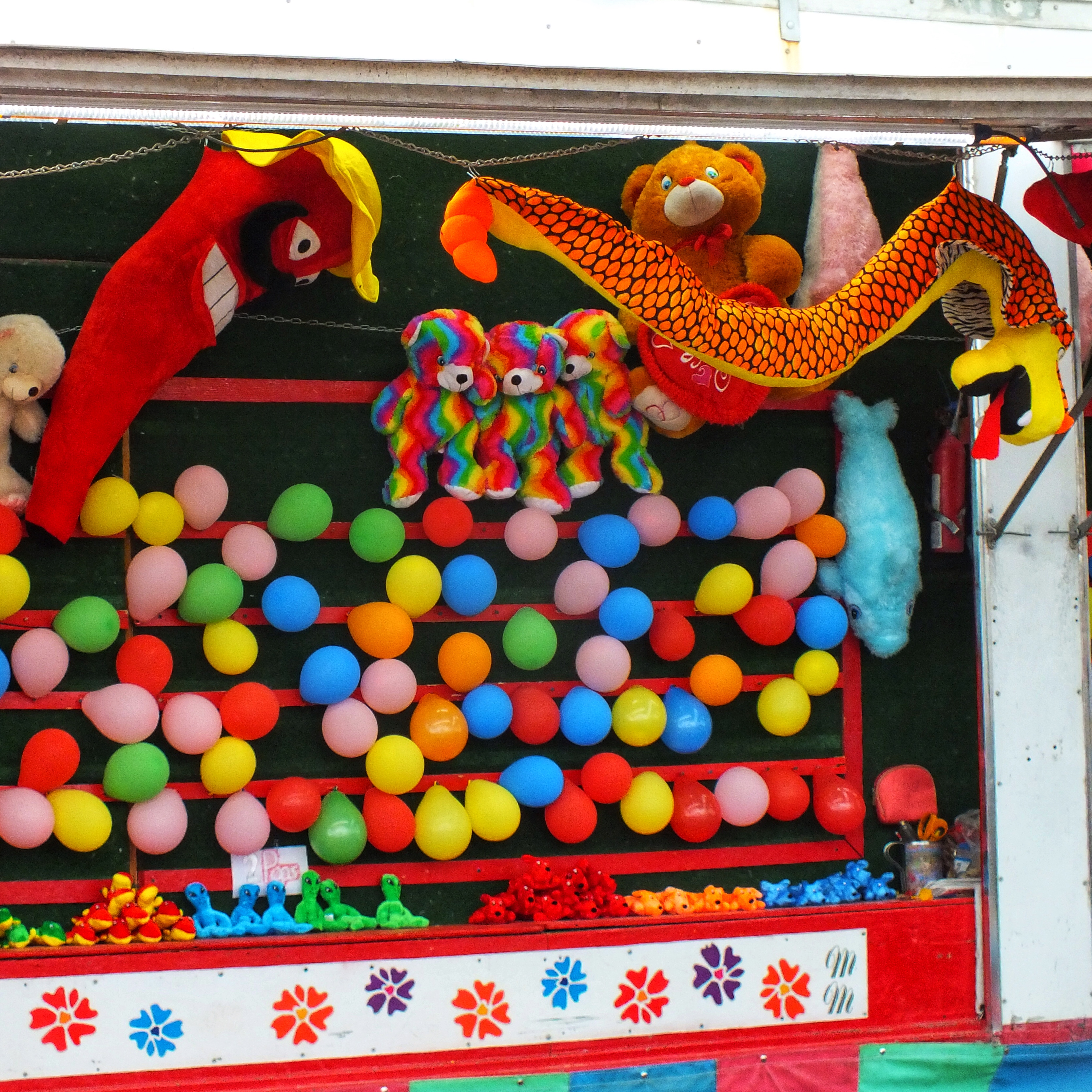 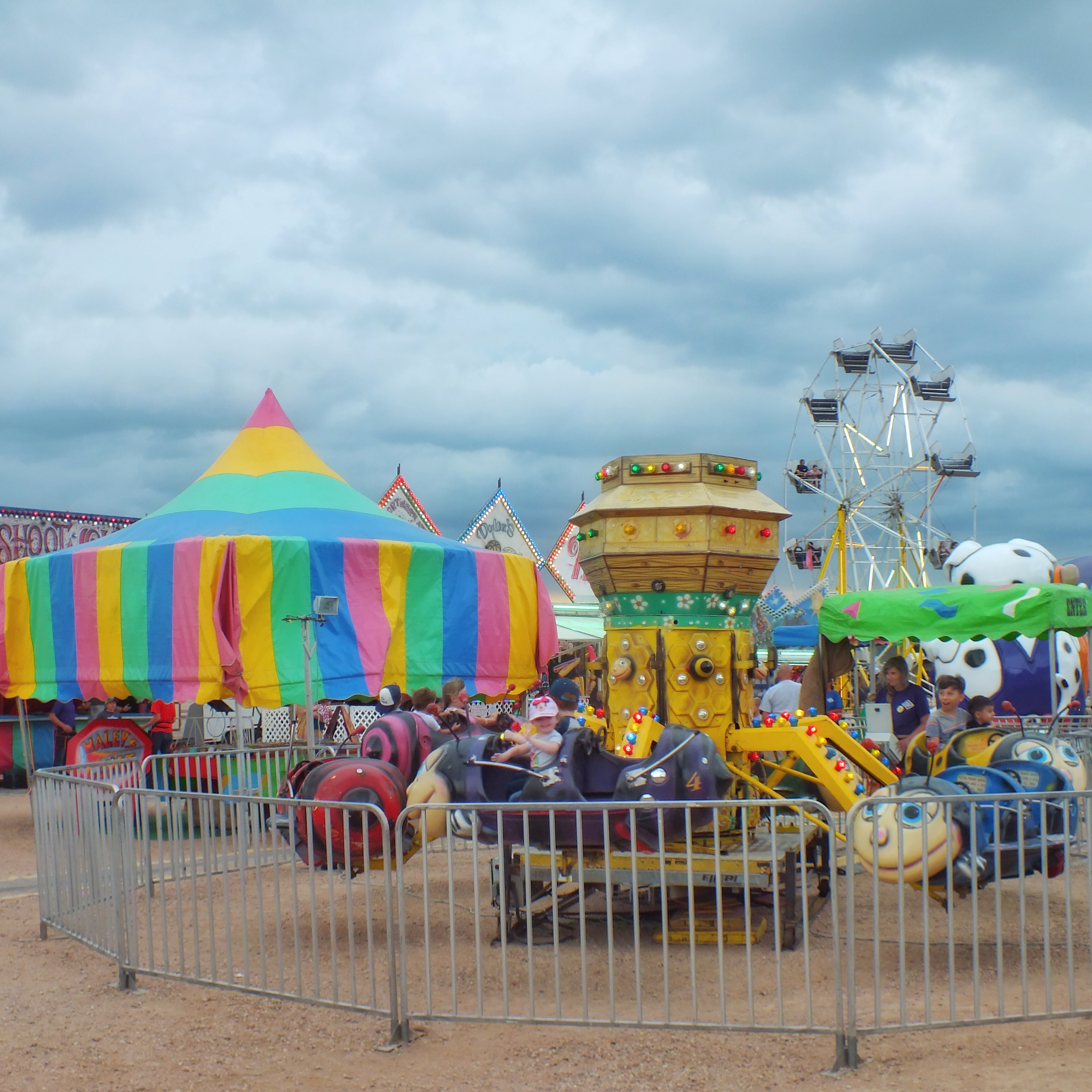 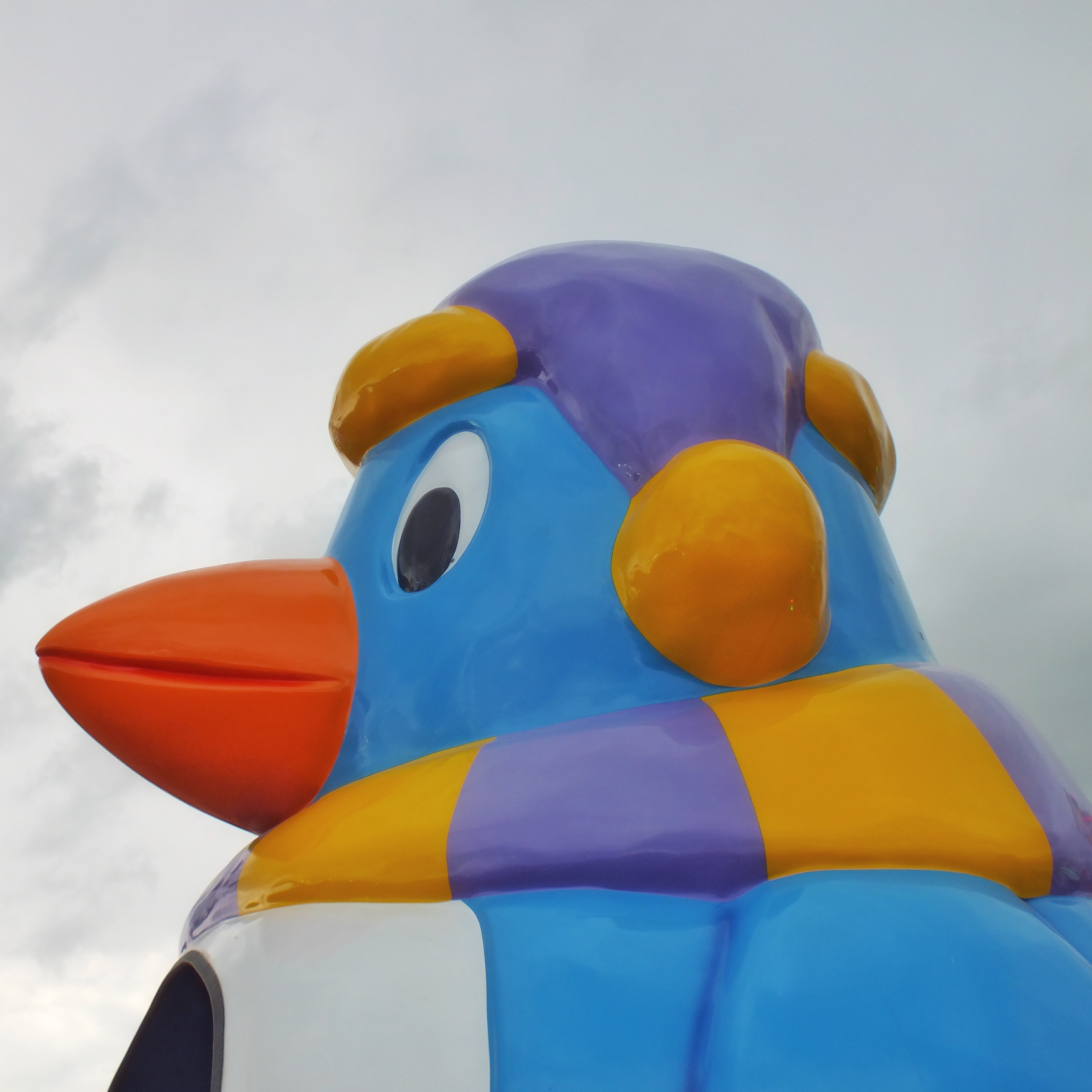 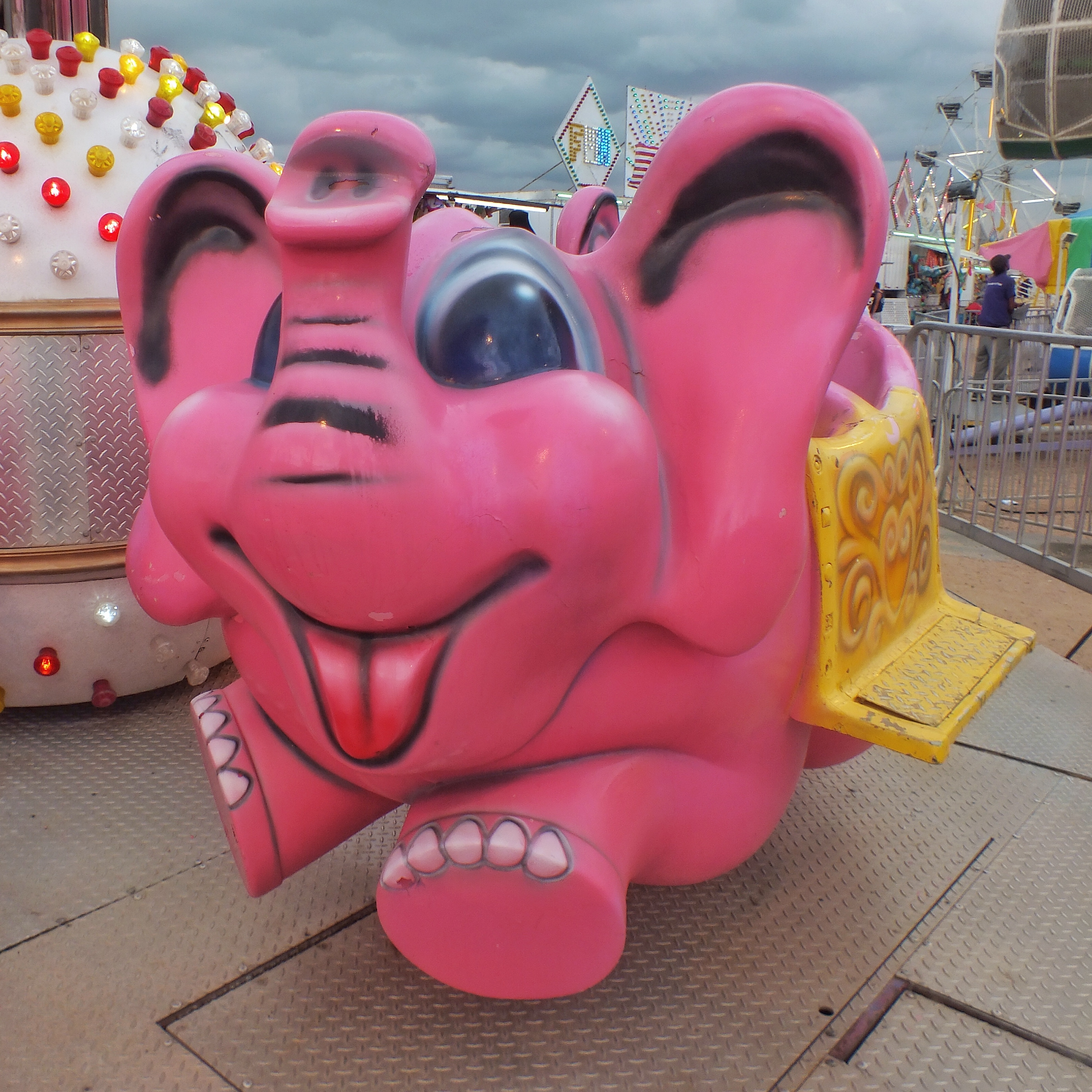 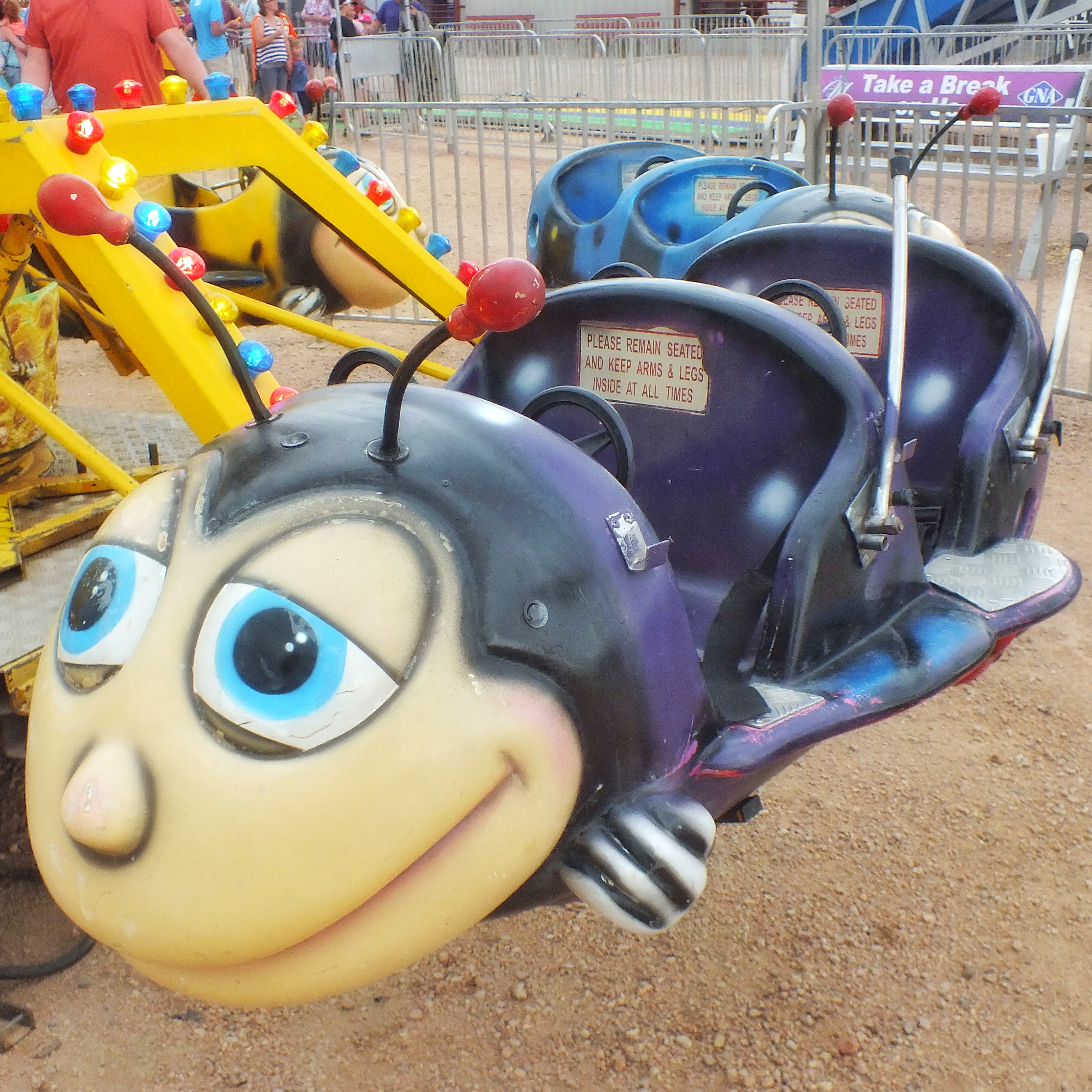 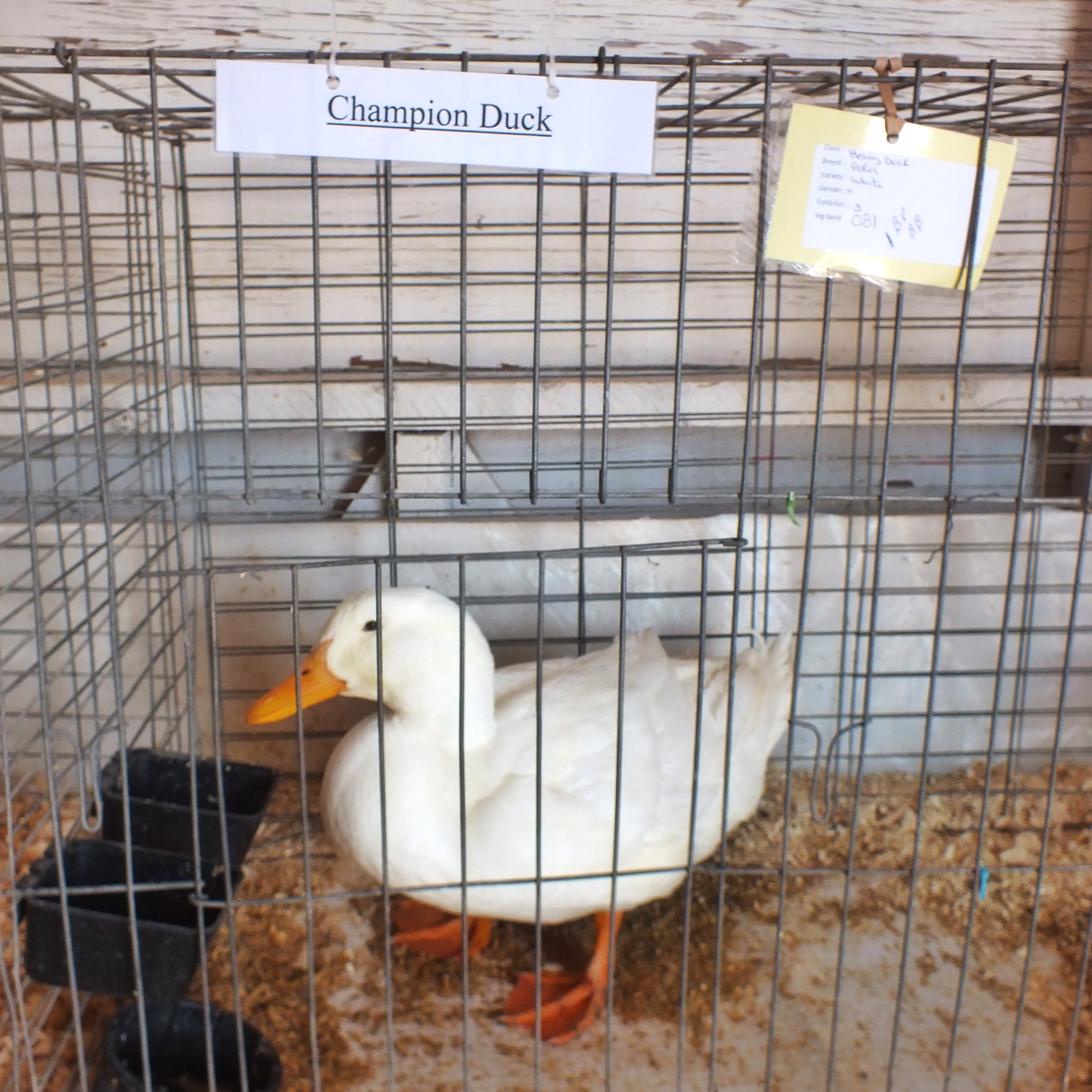 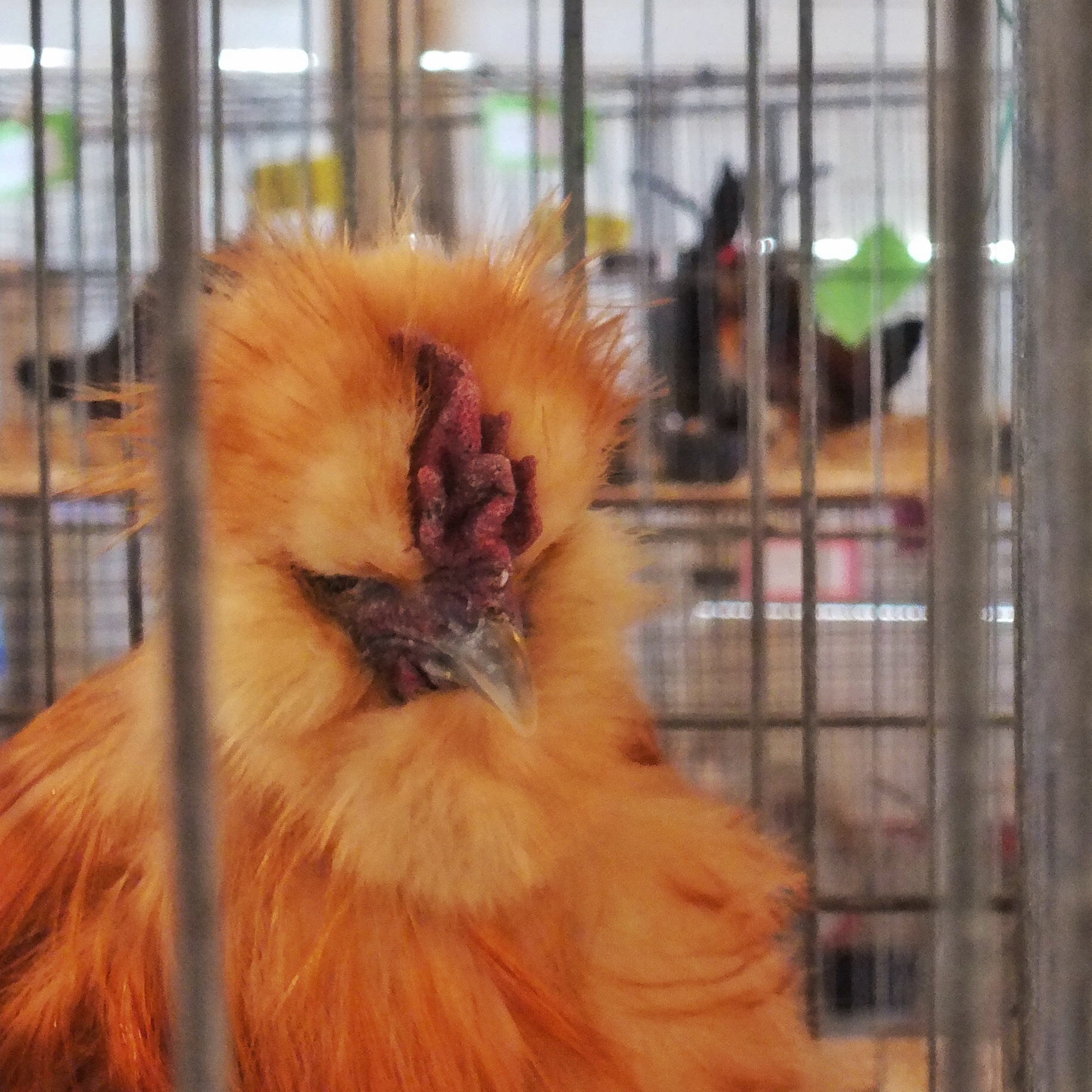 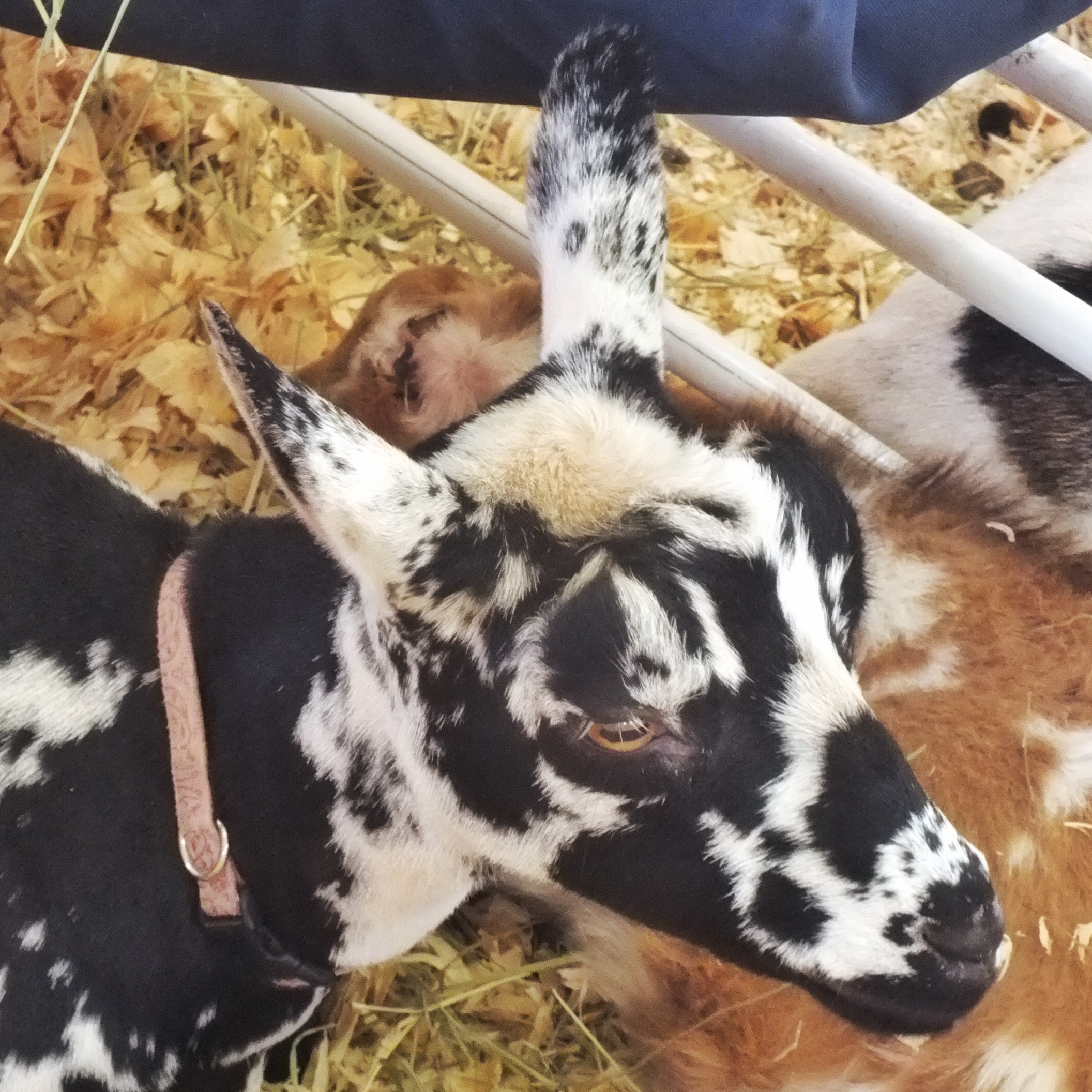 I chose derby day. I got there at 3:00 when it was sunny and hot, but a storm rolled in slowly and cooled things off without ever delivering enough rain to interrupt anything. I wandered, saw what there was to see, and dined on a corn dog and weak lemonade. I spent perhaps 20 minutes in the auction barn watching people pay surprisingly large amounts for rabbits, turkeys, and goats. Still, two hours was more than sufficient. 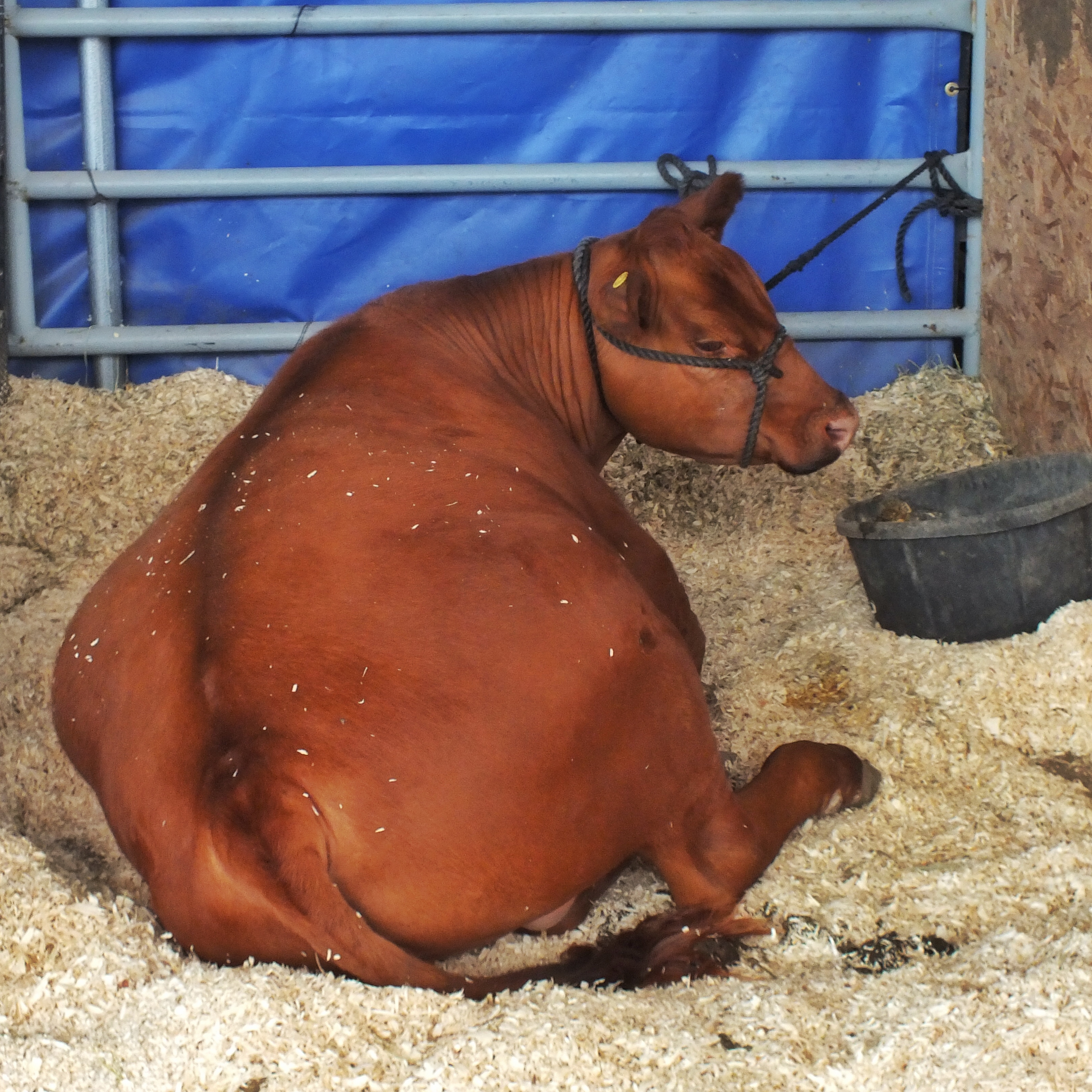 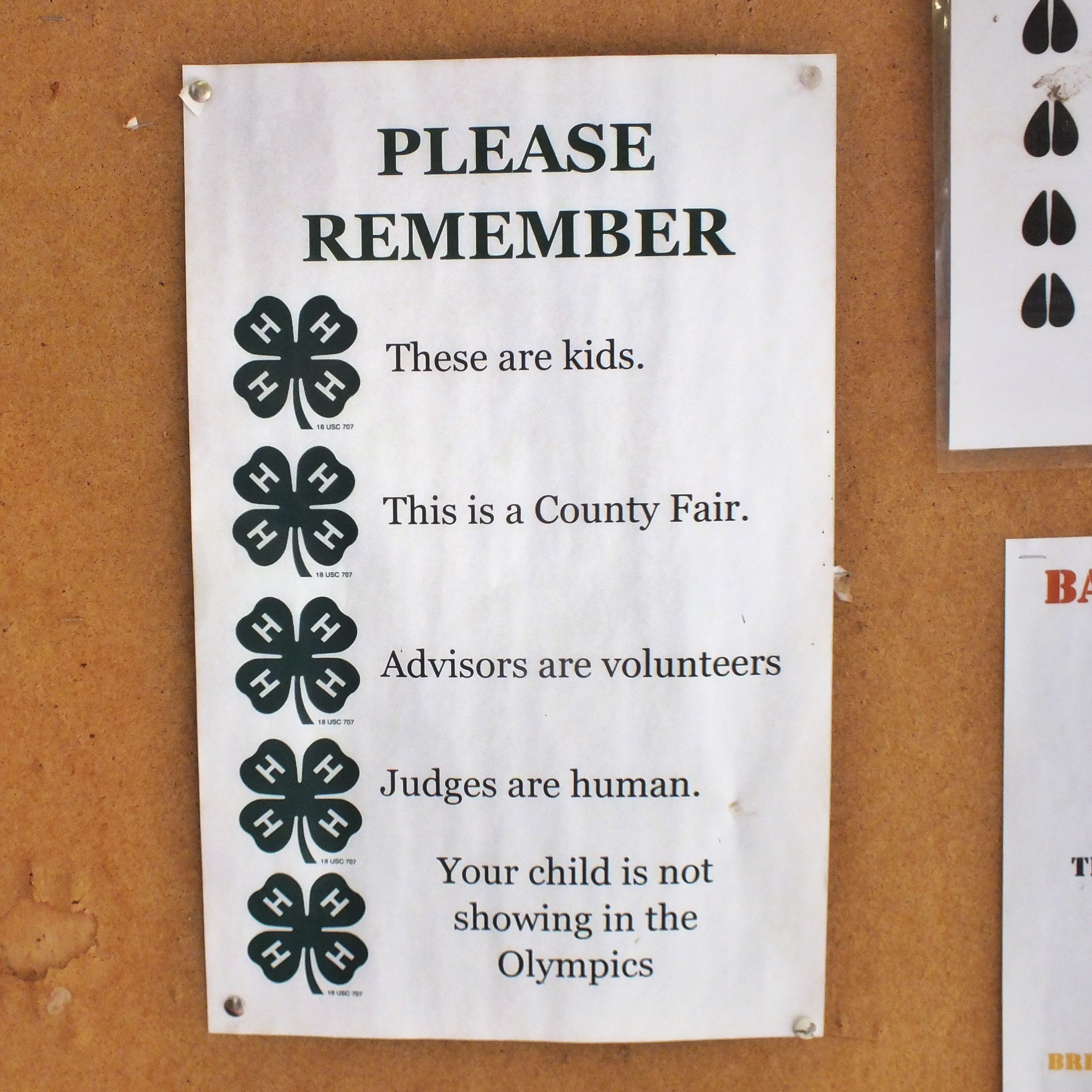 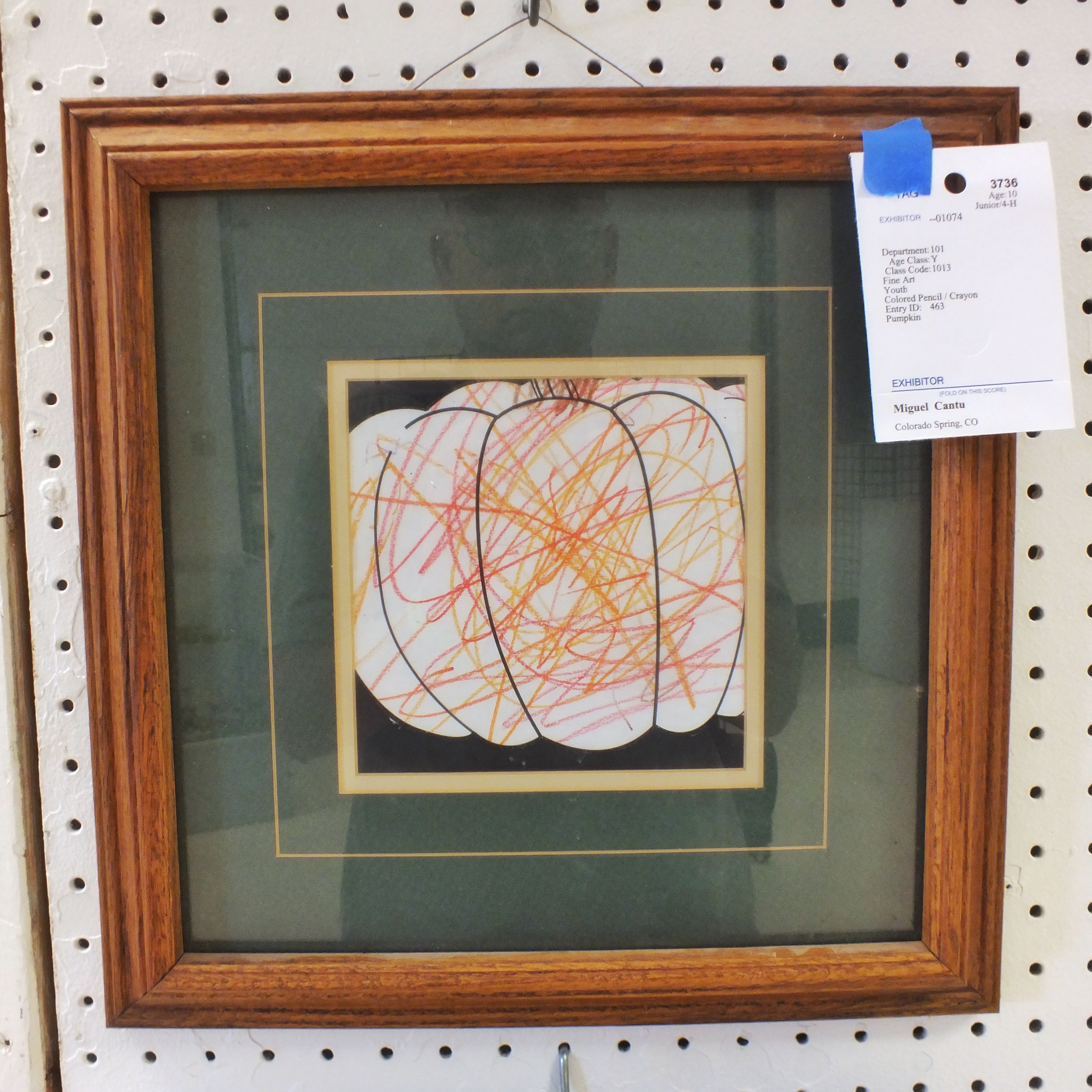 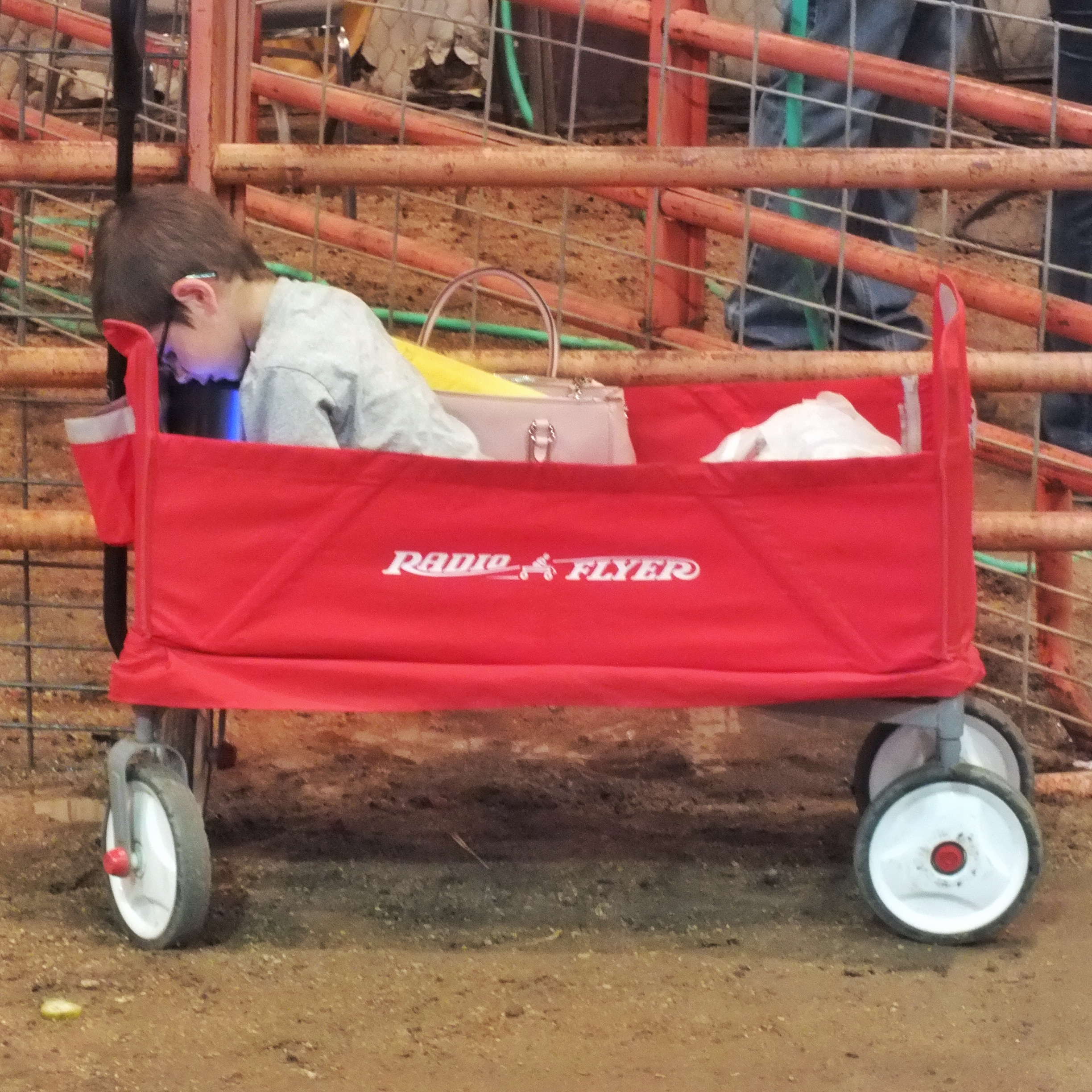 The demolition derby began at 6:00. I found a seat in the half-filled grandstands shortly before 5:00. My daughter and son-in-law decided last minute to join me, so I saved them seats. They arrived around 5:30 to discover that the derby was sold out. I encourage them to try to talk their way in. Instead, they happened upon a guy who had decided not to go after all. He sold them his bracelets for $2 more than he’d paid.

The derby, I’m afraid, wasn’t worth the money or the wait. The cars drove around in a football-field-size area and ran into each other until only one was running. There were four rounds. Only three drivers competed in the first round and no more than five competed in any of them. There was a great deal more maneuvering for position than there was crashing. Compared to the derbies I’ve seen at the Walworth County Fair in Wisconsin or especially those I saw years ago at Santa Fe Speedway near Chicago, it was all very tame. But the others had never seen one and had fun, so all was good. 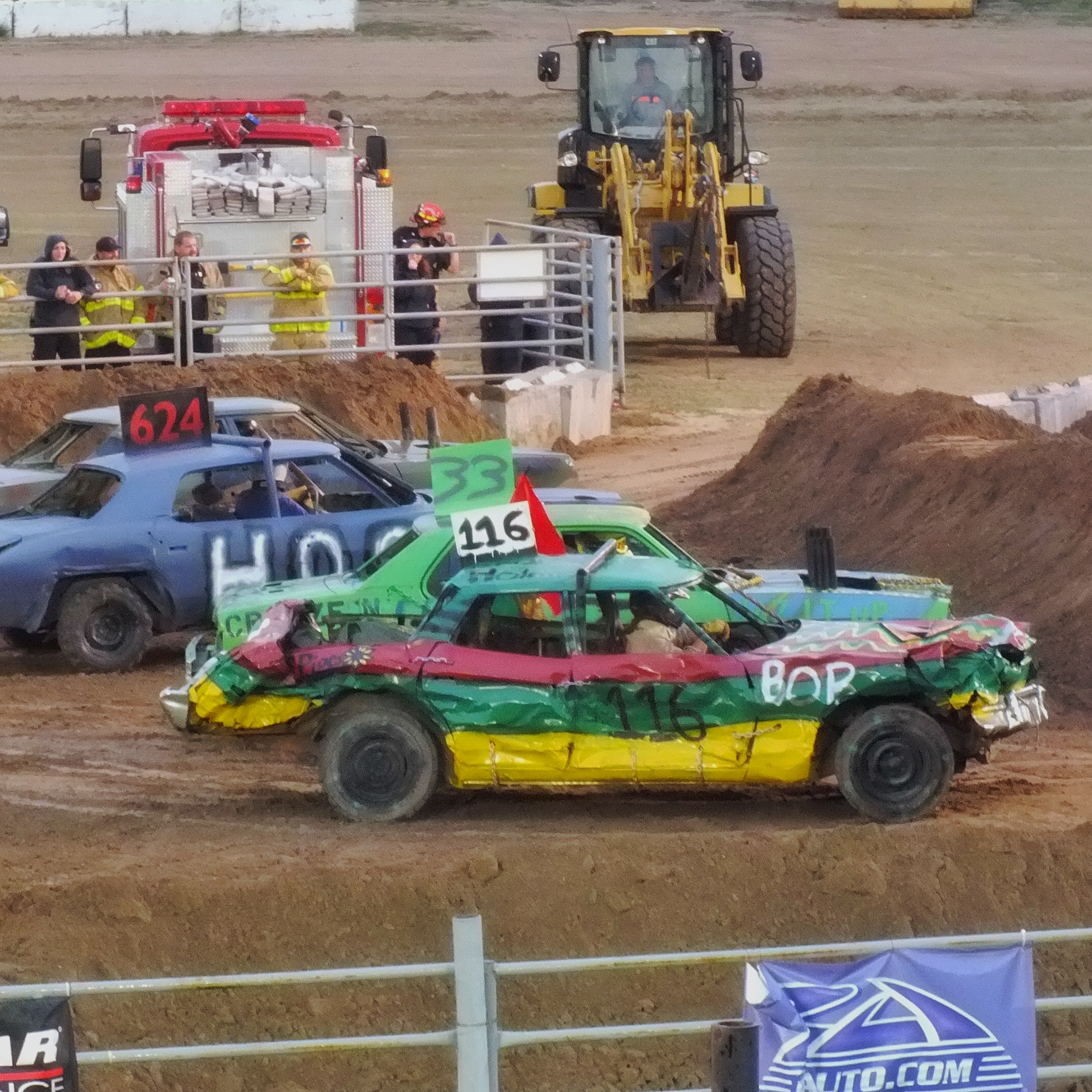 The storm had turned the day prematurely dark. As I drove west toward home, the sun peaked through a crack in the clouds and cast a bright rainbow. It also gave the illusion of driving from night into daytime, which was a bit surreal.

I’m glad I made it to the fair, dinky as it was. It had life—much more than the Colorado State Fair we visited two years ago.  And it was fun to get a taste of the other side of El Paso County.