When we began exploring again, it was dark. We wandered past Germany. 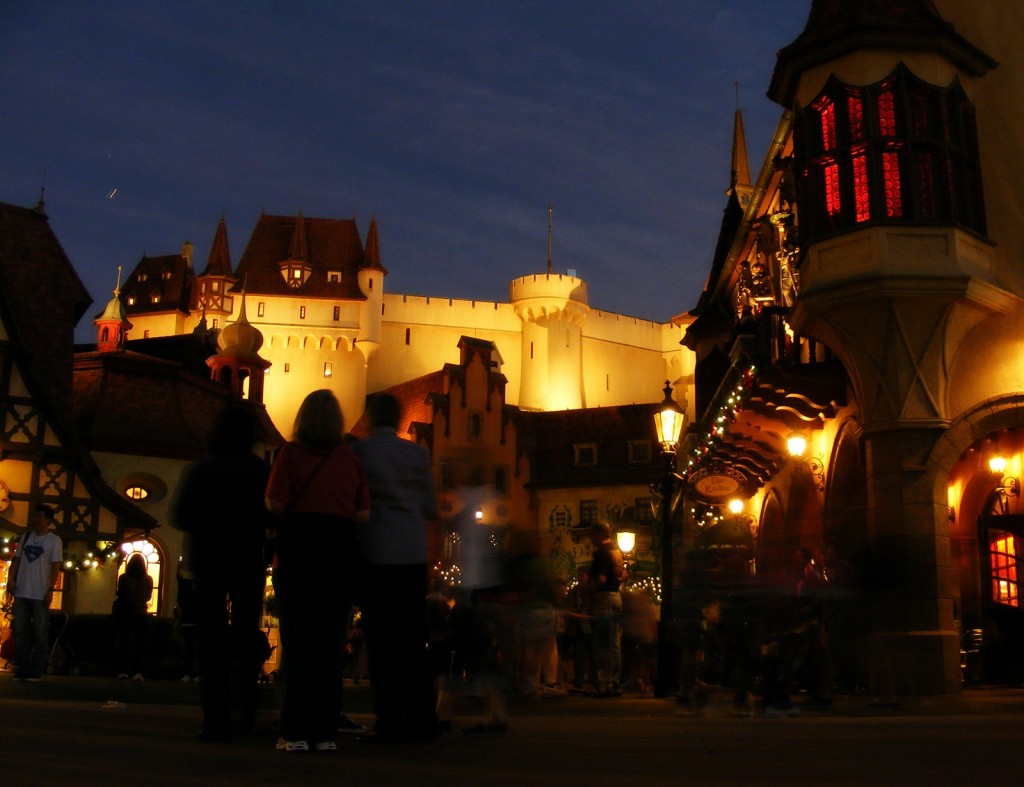 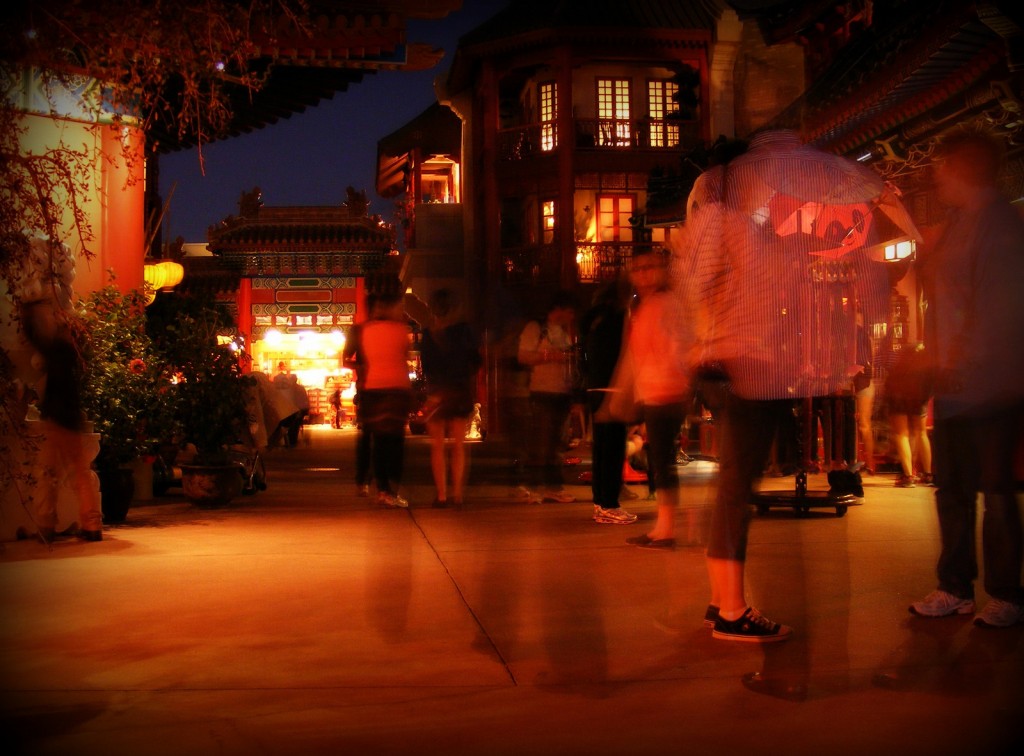 and into Norway, where we went on the Maelstrom boat ride. None of my pictures turned out, but if you think of a dark tunnel with a lot of giant eyeballs, you’ll get the general idea.

Our next stop was Mexico. 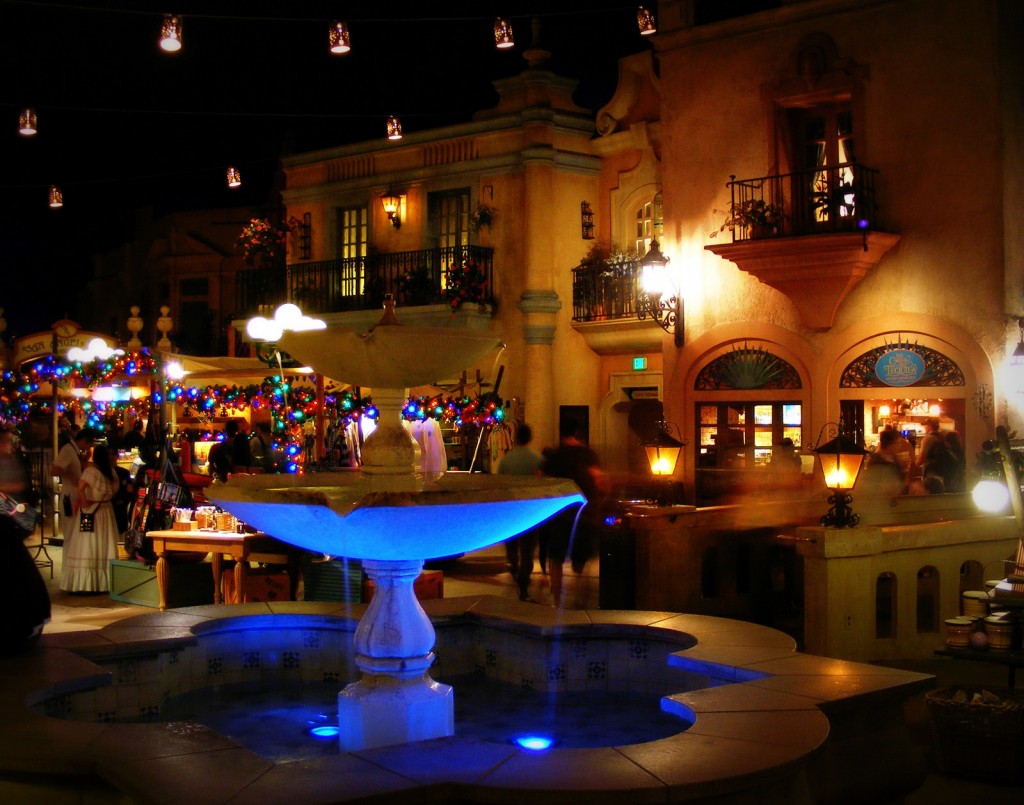 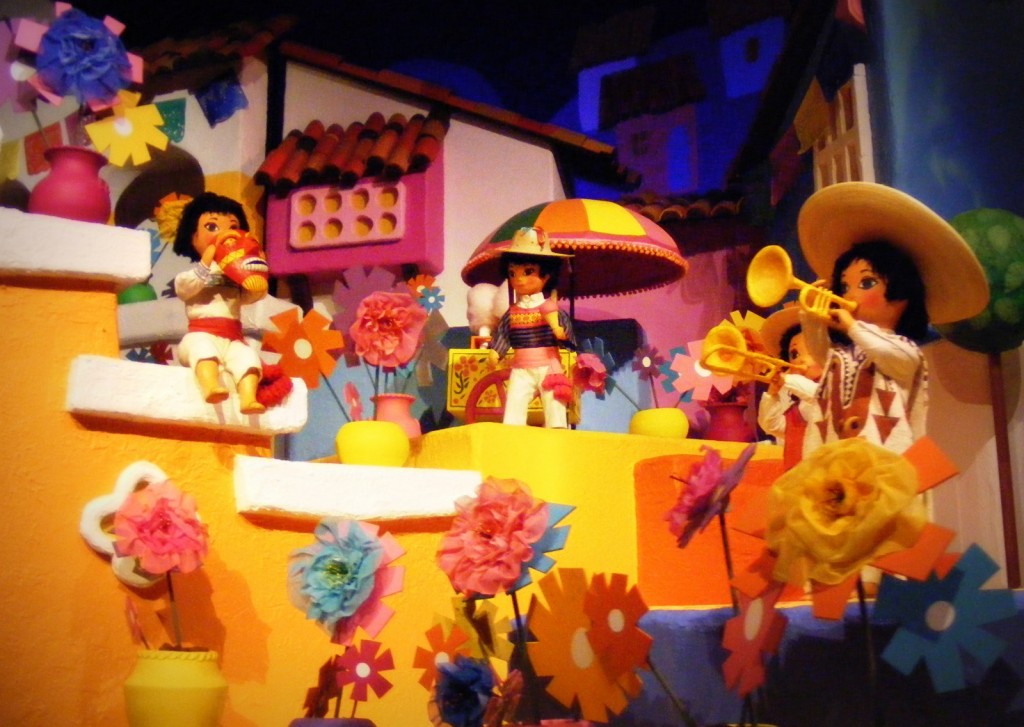 We left the World Showcase and went on the Soarin” ride, which made us feel like we were in a hang-glider over California and was very cool except that my cold kept me from smelling any of the odors that were part of the experience.

We then did Mission: SPACE, which didn’t do much for me. I had made a bet with Michayla earlier in the week and lost — my “payment” was that I was only allowed five snarky comments while at EPCOT, and I used one of them here. (For the record, I was only dinged for two all day, and I was awarded with a bonus one, so I had four to spare when the day was done.)

After trying some delightful Italian soda flavored with alkali (really), we went on the Test Track ride, which was pretty cool, but didn’t seem to fit in the park somehow. 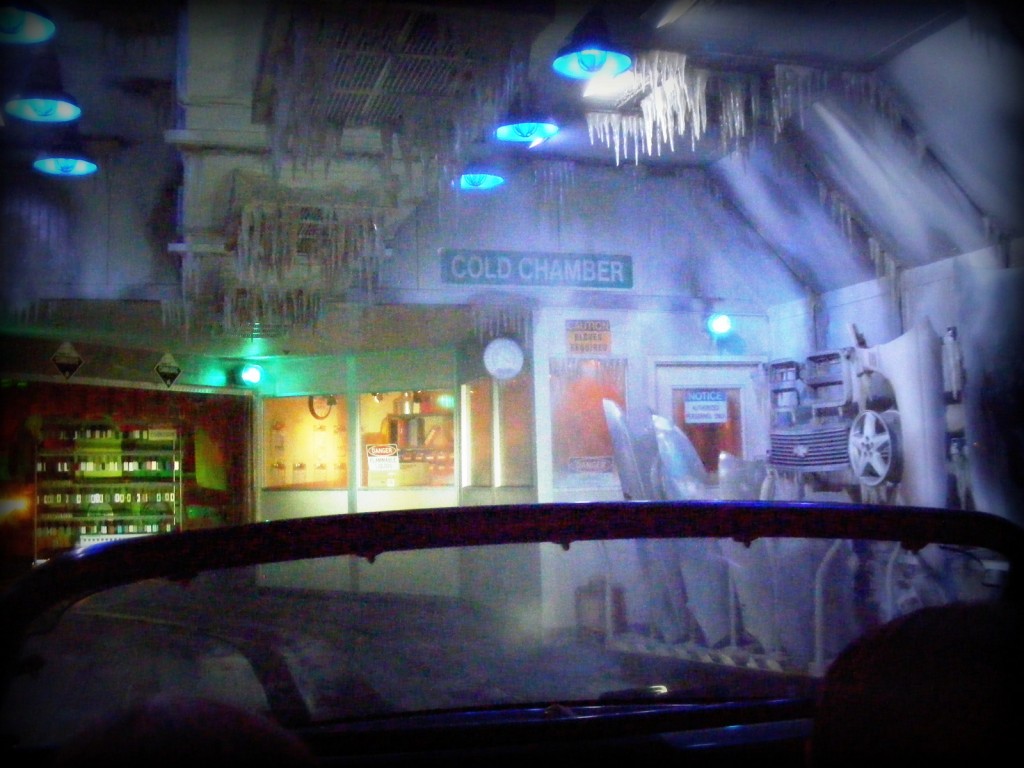 The only photographic evidence I have that I was at EPCOT. 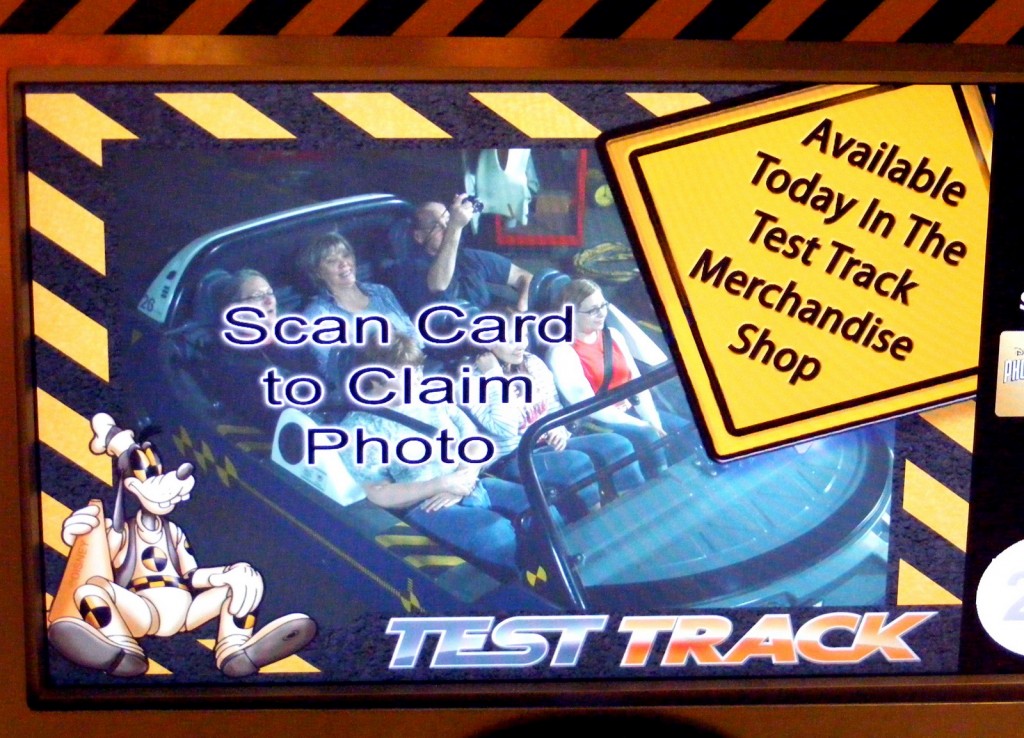 It was about time for the grand fireworks display, so we headed back to Mexico. Our plan was to buy and eat Mickey Mouse ice cream bars while watching the show, but a mad search by three of us from Mexico to Italy was in vain. By the time we got back to Mexico, the show was half over and I couldn’t find a good place to steady my camera for photos. This one is blurry, but you can get the general idea.

After the show, we were herded out with the other cattle and caught the shuttle bus back to Coronado Springs where the convention was being held. As we walked from the bus stop to the car, we passed the front door of the hotel and I wondered out loud if they might sell Mickey Mouse ice cream bars. Michayla made it her mission to find out (she was feeling badly that she hadn’t delivered them at EPCOT, but it was the only glitch in an otherwise great performance as our guide).

Sure enough, we tracked them down in the gift shop and the day was complete. 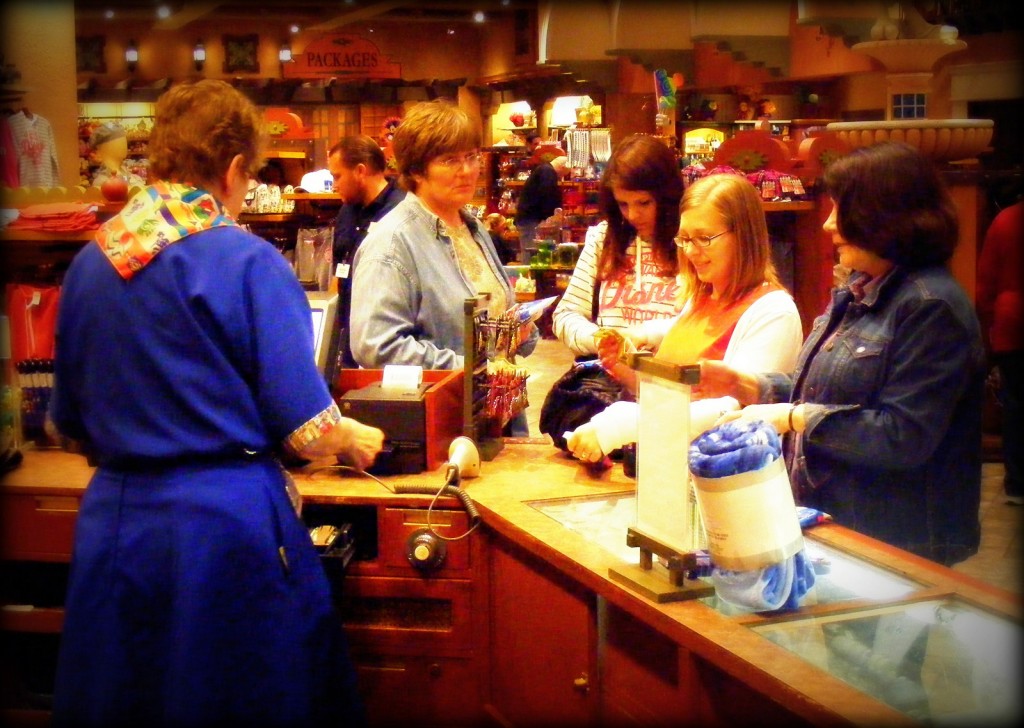 I found out later than one of Linda’s friends, who had joined us for the second half of our visit, told Margaret that I was a very nice young man, especially considering I was a Marine. Since the only conversation I’d had with her prior to that point hadn’t consisted of more than a few sentences, none of which involved my career or the military, I have no idea where she got this idea.

A final word on EPCOT — I had a good time. It was very well done, clean and efficient and all that. But weird, like it doesn’t know its own identity. I enjoyed Soarin’ and Living with the Land, but the other stuff in Future World was sorta odd. The World Showcase was better, although I mostly liked it for the photo ops. Would I go back? Probably not. It’s not the kind of thing I generally do on vacation, and $66 for six hours seems a bit steep. I might try one of the other parks, given the opportunity, but I won’t fight for that opportunity. But yes, I’m glad I went.